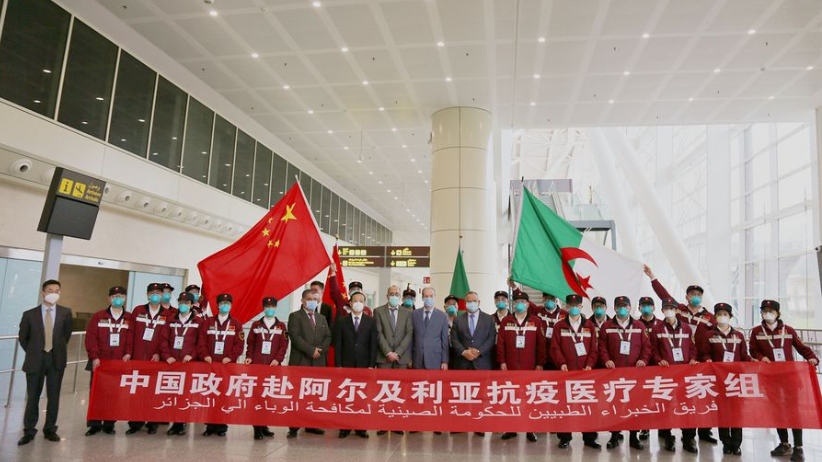 China pledged at the opening of the 73rd World Health Assembly to help promote international cooperation in tackling COVID-19. President Xi Jinping made the promise to boost global confidence in overcoming the biggest challenge humanity has faced in decades, in a speech delivered via video link on Monday.

As the world stands at a critical stage confronting the pandemic, President Xi made six proposals that integrate China's experiences in managing the health emergency. He said that everything possible should be done for COVID-19 control and treatment, as nothing in the world is more precious than people's lives.

Furthermore, the Chinese president noted that medical expertise and critical supplies should be deployed to places where they are needed the most. He also said that countries where conditions permit should reopen businesses and schools in an orderly fashion and in observance of the World Health Organization's (WHO) professional recommendations.

Highlighting the UN health agency's role in leading the global response, President Xi called on the international community to increase its political and financial support for the WHO so it can mobilize resources worldwide to defeat the virus. "To support the WHO is to support international cooperation and the battle for saving lives as well," he added.

WHO Director-General Dr. Tedros Adhanom Ghebreyesus has said: "It's when we have strong health systems in each and every country that the world becomes safe. We're as strong as the weakest link." In light of this assessment, Xi proposed providing greater support to African countries and announced that China will provide two billion U.S. dollars over two years to help with the COVID-19 response.

The Chinese government will also work with the UN to set up a global humanitarian response depot and hub in China, and establish a cooperation mechanism for its hospitals to pair up with 30 African hospitals and accelerate the building of the Africa CDC headquarters. China will also work with other G20 members to implement the Debt Service Suspension Initiative for the poorest countries.

A pledge was also made regarding the COVID-19 vaccine development and deployment in China, which will be made a "global public good" once it is available. As a Politico article noted, "Chinese President Xi Jinping [has] endorsed the principle of making any vaccine produced in his country globally accessible," underscoring China's sense of responsibility for global public health security.

Bounkong Syhavong, who served as the president of the 72nd World Health Assembly and is the current Minister of Health for Laos, said he highly appreciated the China-proposed idea of working together to build a global community of health for all.

Noha Bakr, a professor of political science at the American University in Cairo, said the Chinese proposal of stepping up aid to Africa was very impressive. He added that the international community could learn from China, support the WHO, support international cooperation and support the prevention and control efforts in developing countries.

"When solidarity triumphs over ideology, anything is possible," observed Tedros at the World Health Assembly. As the WHO director-general pointed out: "The world does not lack the tools, the science, or the resources to make it safer from pandemics. What is lacked is the sustained commitment to use the tools, the science and the resources it has."

All countries can only overcome the virus at an early date by eliminating selfishness, hatred and prejudice, and by focusing on the simple objective of saving lives. As President Xi said in his speech: "Mankind is a community with a shared future. Solidarity and cooperation are our most powerful weapons for defeating the virus."