Eliminating poverty against the epidemic's fallout in China
Iram Khan 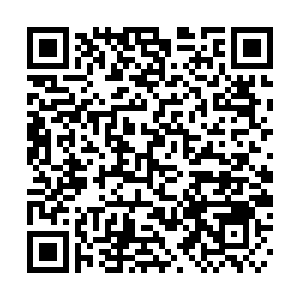 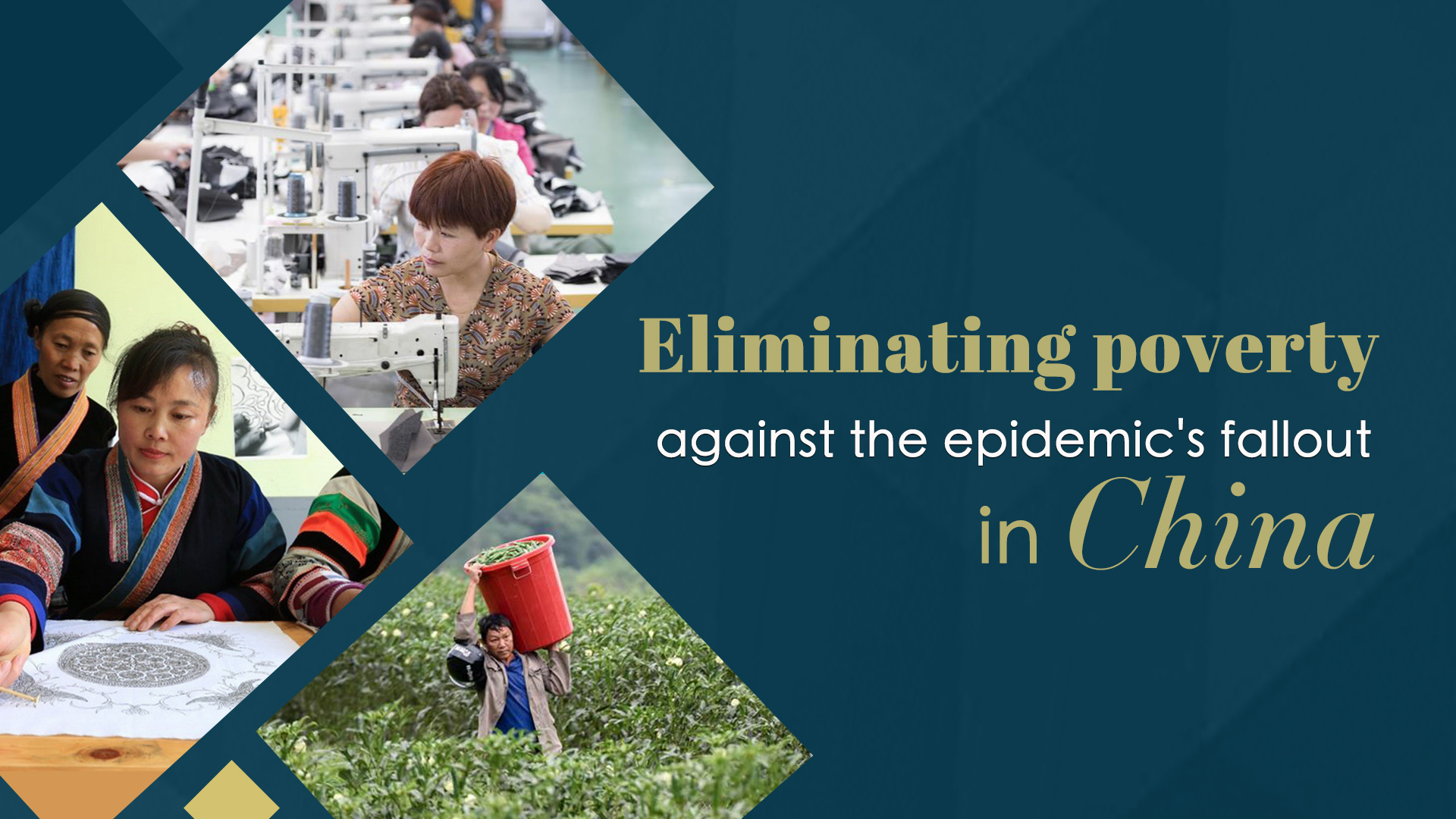 Editor's Note: The COVID-19 pandemic in 2020 has changed the lives of everyone around the world and may even change the global landscape. While Western countries are still struggling with COVID-19, China has started its economic recovery. Here is the second piece in our "China In Focus" series during the Two Sessions. Iram Khan is a Pakistan-based commentator on international and commercial affairs. The article reflects the author's opinions, and not necessarily the views of CGTN.

COVID-19 has struck at a time when China is nearing its goal of eliminating absolute poverty. The task of building a moderately prosperous society – by guaranteeing livelihoods, improving living standards and providing better healthcare facilities – now faces a serious challenge from the strain the epidemic has placed on the economy.

The annual plenary sessions of the National People's Congress (NPC), the country's top legislature, and the National Committee of the Chinese People's Political Consultative Conference (CPPCC), the top political advisory body, are around the corner and a concrete plan is expected to be released to meet the poverty alleviation objective.

But will China be able to follow the plan and counteract the effects of the health emergency? Answer to this question lies in understanding a set of developments seen during the outbreak as well as in the immediate period preceding it.

If anything emerged from the contagion as a clear winner, it was the tech sector. As people remained indoors, the accelerated adoption of online connectivity allowed many to continue working from home. Likewise, the robust e-commerce environment ensured that the workforce does not get pushed into destitution. The epidemic, as a blessing in disguise, offered a practical demonstration of technology's ability to mitigate adversities.

COVID-19 was an unfamiliar disease and not everybody was cognizant of its symptoms and its transmission. This is where the integration of internet with medical care came to the rescue in impoverished regions. Almost all of China's incorporated villages are covered by fiber-optic and 4G, and the poor villages by broadband. Their dwellers were, therefore, able to get the quickest access to telemedicine and keep themselves healthy.

Poverty is a characteristic of rural areas where heavy internet usage is fast becoming the norm rather than the exception. Thanks to companies like Alibaba, Tencent and others, the government's efforts are being massively augmented. Through the platforms offered by these companies, farmers can bypass middlemen, deliver their products directly to customers and reap greater profits. 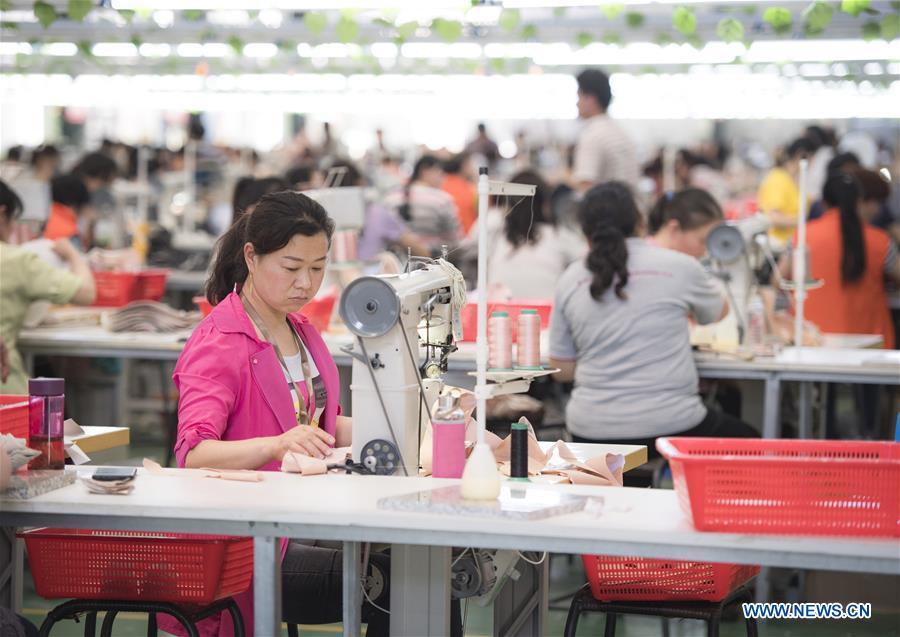 Agriculture, the profession most poor people are associated with, is generally a low-paying one. But while other segments were raking in losses during the first quarter of this year, agriculture delivered a strong year-on-year performance. To quote an example, the online group discounter Pinduoduo opened so many new agriculture-related e-shops in the quarter that they match the figure of the entire last year.

While the upturn in agricultural turnover is a welcome sign in meeting the 2020 poverty eradication target, there is still room for its modernization. The aim is to increase productivity so that it can fulfill domestic needs as well as foreign demand.

With the introduction of the latest technologies, revenues of farming communities will rise and present an incentive to city dwelling entrepreneurs to invest in agriculture. The connectivity framework is already established and the cost of operating there is much lower. All they have to do is to utilize the under-tapped potential of human and natural resources.

The reverse migration of entrepreneurs will help combat poverty through another auxiliary way. As an increasing number of people will choose to leave the cities, they will reduce the economic burden on metropolises and improve employment opportunities for those who cannot make the move. The distribution of jobs will thus be more equally divided among urban and rural areas.

With the COVID-19 related restrictions on travel, outbound international tourism is not returning any time soon. China's growing middle class with its increasing disposable income, meanwhile, has started to take up domestic sightseeing. The trend is expected to further pick up pace as the infection rate is going down across the country. In the absence of international travel, this is precisely the right time to build a domestic travel industry that will lure inland travelers in the short term and foreign travelers when the virus subsides.

The continuously expanding traditional infrastructure in the form of the road and railway network is improving the accessibility of remote locations from tourism and trade aspects. The government's next push is toward the adoption of a "new infrastructure" that involves 5G, artificial intelligence, industrial internet and Internet of Things, to name a few.

Apart from cities, villages will also be connected with the service sector and the knowledge economy through the new infrastructure. This will be a quantum shift in the poverty elimination campaign since these are highly paid industries. After their establishment in presently disadvantaged localities, they will revolutionize rural life.

China's governance system has adequate capacity to complete the task of overcoming absolute poverty this year. And the resolve can be seen from the top leadership. President Xi Jinping toured impoverished areas of several provinces during the outbreak and highlighted the need for adopting targeted measures and establishing mechanisms that will prevent communities from returning to poverty.

The upcoming two sessions of the NPC and CPPCC, too, will involve deliberations on formulating a recovery roadmap from the fallout of COVID-19. Seeing the trajectory of the steps already in place, meeting the milestones of the poverty alleviation program will, in all likelihood, remain on track. The central government, the local governments and the private sector are all geared up to deliver a final, decisive push.