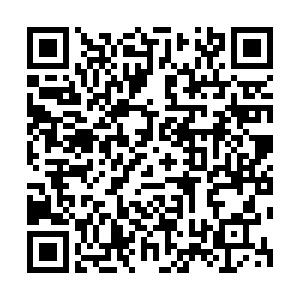 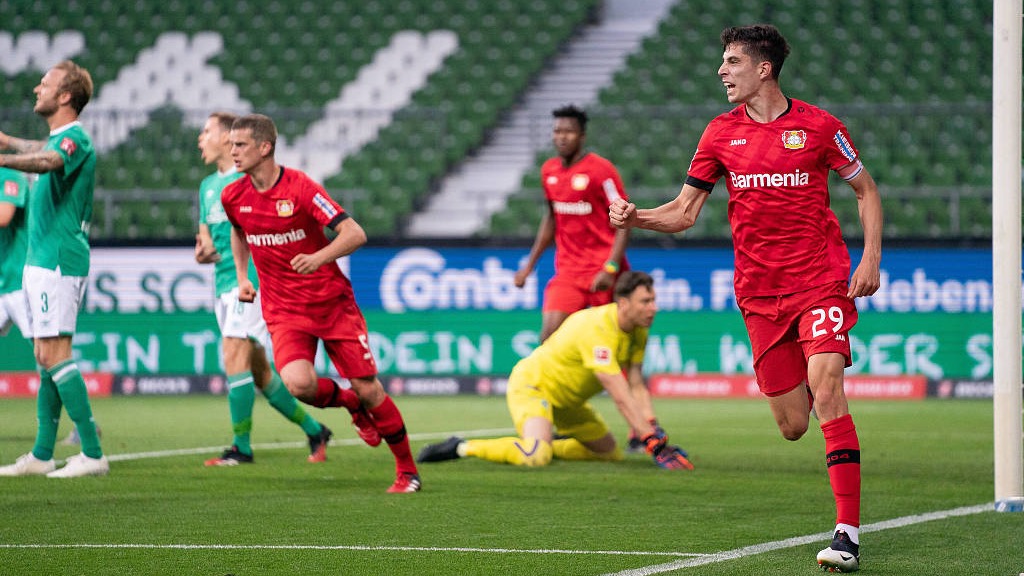 When Scottish rock duo The Proclaimers' hit song "I'm Gonna Be (500 Miles)" blared through the Weser Stadium on Monday night, the football world could finally breathe a huge sigh of relief. Werder Bremen's empty stands just witnessed their team's first home goal in nearly six months, and more importantly, the first full round of Bundesliga matches in 64 days were completed without any glaring hiccups.

Without much fanfare, Bremen signaled the end of the match-day with a 4-1 loss to Bayer Leverkusen, who moved within a point of the top four. German wonder-kid Kai Havertz, a primary transfer target for European powerhouses including Liverpool, Manchester United and Barcelona, once again displayed his exceptional killer instinct by scoring two quick-fire headers for the visitors. The 20-year-old netted seven goals in his last nine outings, reminding other major leagues about Bundesliga's deep pool of prospect talent.

From a wider perspective, all nine games in the 26th round of the German topflight have been gone relatively well with the assurance of rigorous planning and draconian hygiene measures. 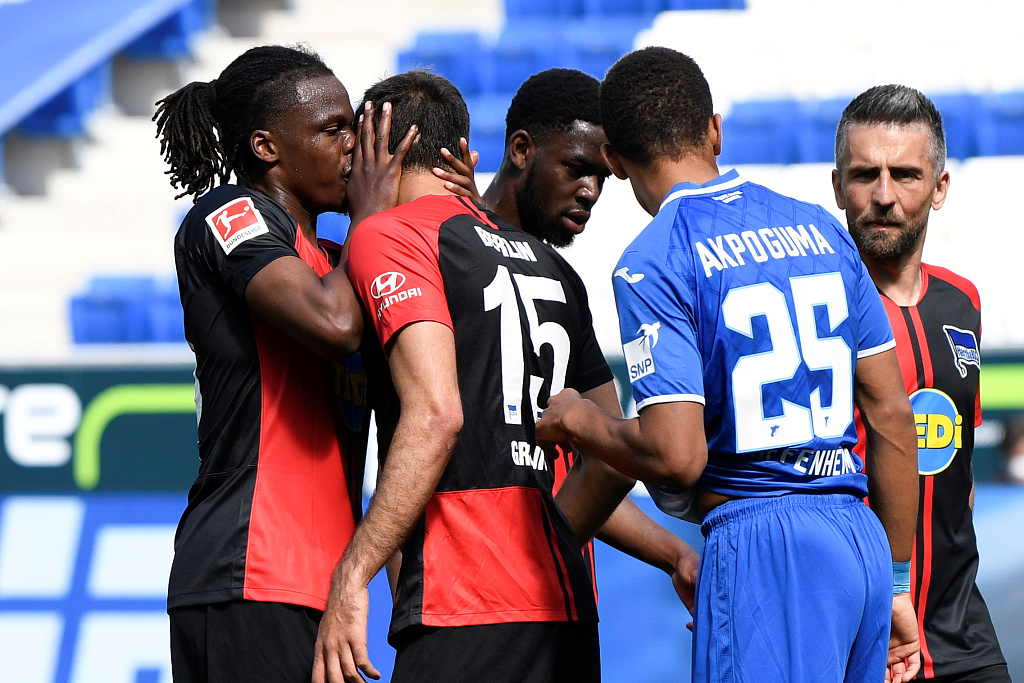 Hertha Berlin's Dedryck Boyata holds Grujic by the neck during their Bundesliga clash with TSG 1899 Hoffenheim, Germany, May 16, 2020. /VCG

Hertha Berlin's Dedryck Boyata holds Grujic by the neck during their Bundesliga clash with TSG 1899 Hoffenheim, Germany, May 16, 2020. /VCG

Some controversial scenes did appear as Hertha Berlin defender Dedryck Boyata and several other players failed to resist the temptation to hug teammates during goal celebrations, violating guidelines to which the clubs have agreed. Hot-tempered strikers such as Vedad Ibisevic was seen spitting on the pitch after missing a glorious chance, breaching another medical protocol.

But those are minor incidents and, for what it's worth, there is no point blowing them out of proportions. "Football is a contact sport," Hertha head coach Bruno Labbadia observed. "The teams have been tested six times. We are close to the opponents during every duel, every corner kick. We cannot prevent such things. It is a fine line we are walking."

His stance was supported by Bundesliga International CEO Robert Klein, who confirmed in a conference call on Monday that players won't be punished for breaking social distancing guidelines, before noting "I think the guidelines were generally well respected at the weekend."

"There was a big sense of relief. We want to finish the season, but are aware there is a big responsibility that we do this correctly. There was an enthusiasm to see top-flight football again. Someone said to me, 'it looks like the eyes of the world are on the Bundesliga' and I think that was true. We were trending in Colombia, Ghana, South Africa and Asia," he added. 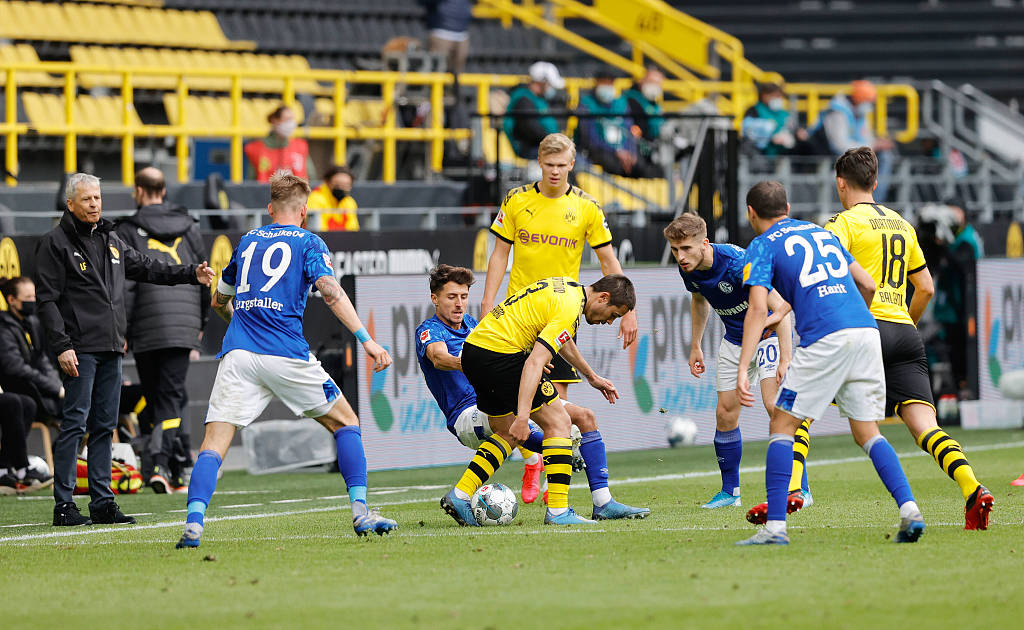 Borussia Dortmund and Schalke 04 lock horns in front of an empty Westfalenstadion during the Revierderby, Germany, May 16, 2020. /VCG

Borussia Dortmund and Schalke 04 lock horns in front of an empty Westfalenstadion during the Revierderby, Germany, May 16, 2020. /VCG

Klein has ample reasons to keep the mood jovial. The latest statistics show 6 million local households spent the weekend to watch the Bundesliga on the pay channel. In the UK, 500,000 fans tuned in to enjoy Borussia Dortmund's derby clash with fierce rivals Schalke 04, while another 500,000 chose to be entertained by the German action in the USA.

Indeed, all eyes were firmly gazed on the Bundesliga, which was put under a microscope by other leagues to scrutinize. Should it proceed smoothly, and the behind-closed-doors "science experiment" is beyond reproach in general terms, then it could serve as the prototype for many to replicate.

"Our league has been transparent in its willingness to share our experience and medical concept that we have put forward." explained Klein. "We have spoken to many leagues around the world, not just football leagues, sharing our experience. Each league and each country has different challenges. When we can help, we are more than willing to do so."

Klein then laid out a path for the English Premier League, Spanish La Liga, Italian Series A and other major leagues to follow. "If you are able to bring together a solid concept of working with the league, working with local governments, working with first-class medical, then you got a chance to start."

"I hope we earned the right to play another match-day," he beamed. The whole world is still watching.