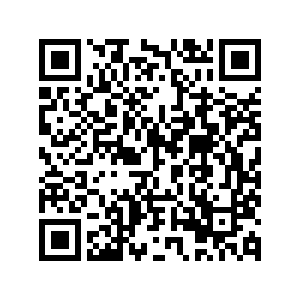 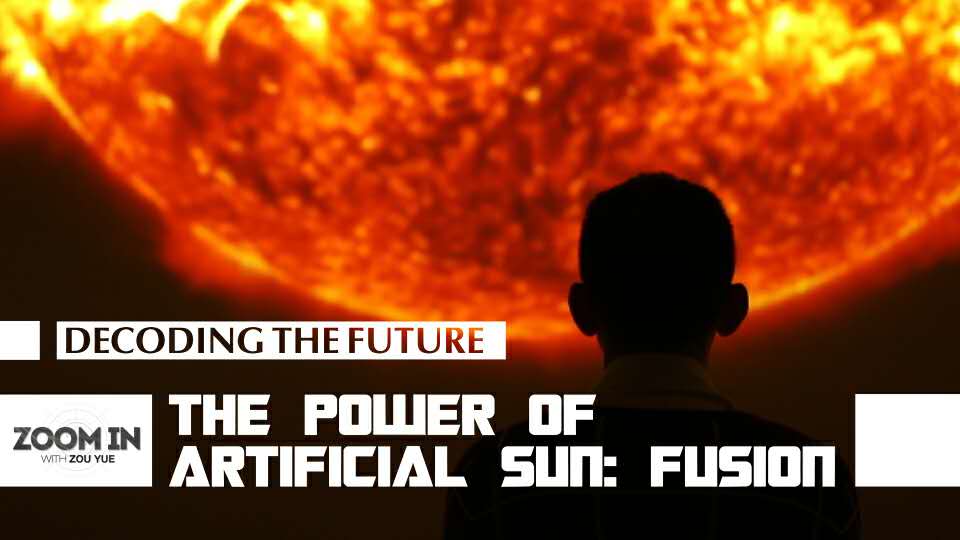 Editor's note: Scientific and technological breakthroughs shape our imagination of the future. But it is up to the human to harness the power of next-generation technology to create a better future. During the Two Sessions in 2020, CGTN's "Decoding the Future" series looks at China's role in accelerating global scientific progress through the eyes of CGTN anchor Zou Yue. The first episode will explain how fusion may elevate human energy consumption into new dimensions.

Yes, that is the Sun, the ultimate energy source, the holy grail of all problems. But can we bring it closer and have it here on Earth?

The Sun is basically a pressure cooker. It cooks one basic element of our universe, hydrogen. With enough heat and density, hydrogen atoms merge. This is fusion, and it can create an enormous amount of energy. Actually, it produces nearly four million times more energy than burning coal or gas. But this cooker is special – it is very hot and very packed. And it is almost impossible to create such a cooker on Earth. No Earth material can withstand the high temperature and pressure that sustain fusion in the Sun.

The most promising prototype is called tokamak. This is Experimental Advanced Superconducting Tokamak (EAST), a tokamak built in eastern China's Hefei City in 2006.

The key is to create a system that is extremely hot, but also stably contained and monitored.

"Tokamak is a kind of machine. This machine can generate a very strong magnetic field. When the material is heated at a very high temperature, it can become plasma. The electrons can move away from the atom and become free-motion charged particles. The strong magnetic field can confine these particles. In that case, we can have a high-density, high-temperature plasma in the machine," said Xu Guosheng, director of the Tokamak Physics Division at Institute of Plasma Physics, Hefei Institutes of Physical Science.

In 2018, the EAST achieved a temperature of over 100 million degrees Celsius. That is more than six times as hot as the core of the Sun. And it sustained the temperature for 10 seconds before shutting down.

It is not a sun on Earth, yet it realizes wild and intense nuclear fusion. But it needs a harness to contain the energy. The Chinese came up with a key technology: magnetic field with superconducting. It lasts long and uses minimum amount of electricity. The tokamak is a success and a stepping stone toward a real fusion reactor.

The team here aims to make China's own nuclear fusion reactor. The ambition is to solve engineering problems to produce more energy for longer time.

But there is a big problem: it is not worth it.

So far, all machines have used more power to make fusion possible than the power produced by fusion. To make fusion a viable energy source, the devices need to become much more efficient.

ITER promises to get us there. ITER is the world's largest tokamak under construction. It is supported by 35 countries, including the European Union, U.S., Russia, China, Japan, Korea and India. The construction of the device is expected to be completed around 2024. And it targets to go nuclear in 2035.

"One of the two major difficulties in achieving nuclear fusion is that we have to maintain the plasma at a very high temperature for a long time. China is in a leading position globally in terms of stably operating superconducting tokamak for a long time. We have been holding the world record in this regard," said Xu.

Fusion is revolutionary. But It takes money, commitment, and most important of all, vision. Even the most optimistic predict it will take decades before the technology comes to fruition. The Chinese took the challenge and want to join the world's best minds for the endeavor. The appeal is obvious – it will serve 1.4 billion Chinese with clean and efficient energy for a millennia and give the world a real holy grail.

Fusion is a bold idea. It will elevate human energy use into new dimensions. But like all next-generation technologies, the process is very humbling. We ran into problems, we got frustrated and we moved on. Like making nuclear bombs and landing a man on the moon, we choose to do it because it is hard, extremely hard. And everything good is hard to get.

The scientists from China and the rest of the world are working together because they believe fusion energy will be energy of the future, and that future is coming.