'Time for solidarity, not finger-pointing': EU backs WHO
CGTN 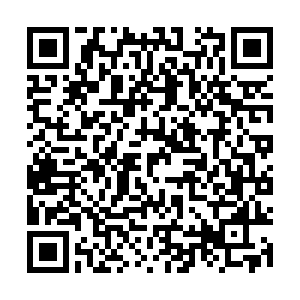 European Union diplomats pushed back against the statements of U.S. President Donald Trump and called for supporting the World Health Organization after Trump's letter to WHO Director-General Tedros Adhanom Ghebreyesus.

In the letter, Trump threatened to cut U.S. WHO funding unless it commits to "substantive improvements in the next 30 days."

"This is the time for solidarity," said European Commission spokeswoman Virginie Battu-Henriksson. "It is not the time for finger-pointing or undermining multilateral cooperation."

The EU has sponsored a motion at Tuesday's session of the WHO's annual assembly to urge an "impartial, independent and comprehensive evaluation" of the international response to the pandemic.

The spokeswoman said the EU backs the WHO in its efforts to contain and mitigate the COVID-19 outbreak and has already provided additional funding to support these efforts.

French President Emmanuel Macron said, "Only if we join forces will we beat this COVID-19 pandemic. We need a strong WHO and WHO is us: member states."

China's Foreign Ministry termed the U.S. president's letter an attempt to mislead the public and smear China while shirking its own responsibilities. "This is nothing but a futile attempt."