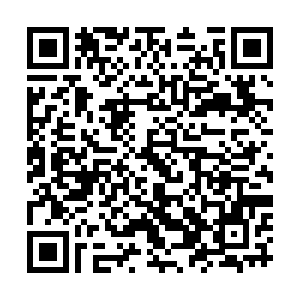 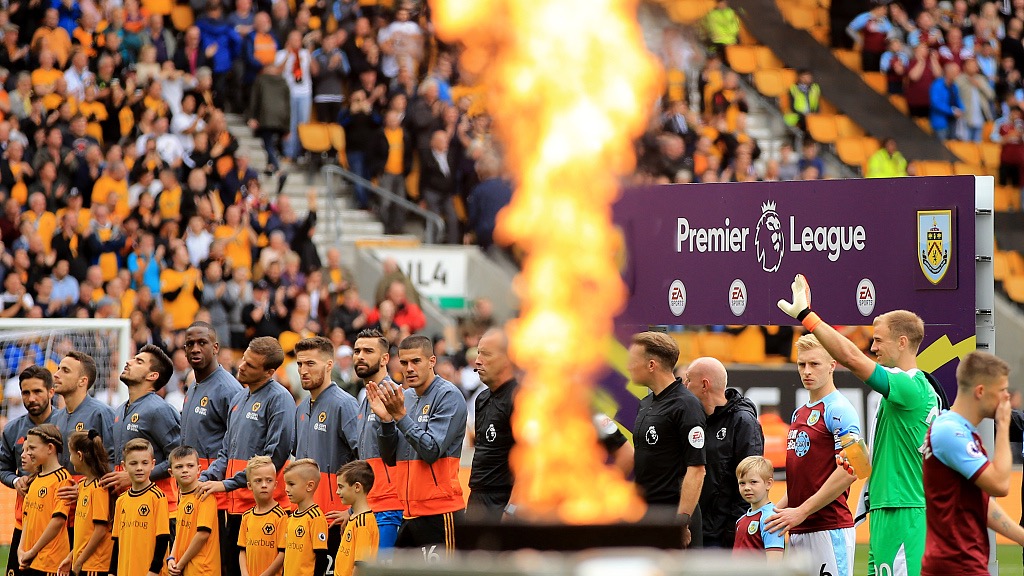 Players line up alongside the Premier League logo as pyrotechnics go off prior to the clash between Wolves and Burnley at Molineux, England, September 16, 2018. /VCG

Players line up alongside the Premier League logo as pyrotechnics go off prior to the clash between Wolves and Burnley at Molineux, England, September 16, 2018. /VCG

The Premier League has announced that it received only six positive tests for COVID-19 after the first phase of blanket testing took place on Sunday and Monday, which is welcome news for the English top flight's plans to restart in June.

A total of 748 players and staff were tested ahead of their return to small group training on Tuesday. In Germany, where Bundesliga made its comeback without major pitfalls, there were 10 positives from 1,748 tests across the top two divisions before they were allowed to resume playing.

"Players or club staff who have tested positive will now self-isolate for a period of seven days. The Premier League is providing this aggregated information for the purposes of competition integrity and transparency," read a statement.

"No specific details as to clubs or individuals will be provided by the League and results will be made public in this way after each round of testing," it added. 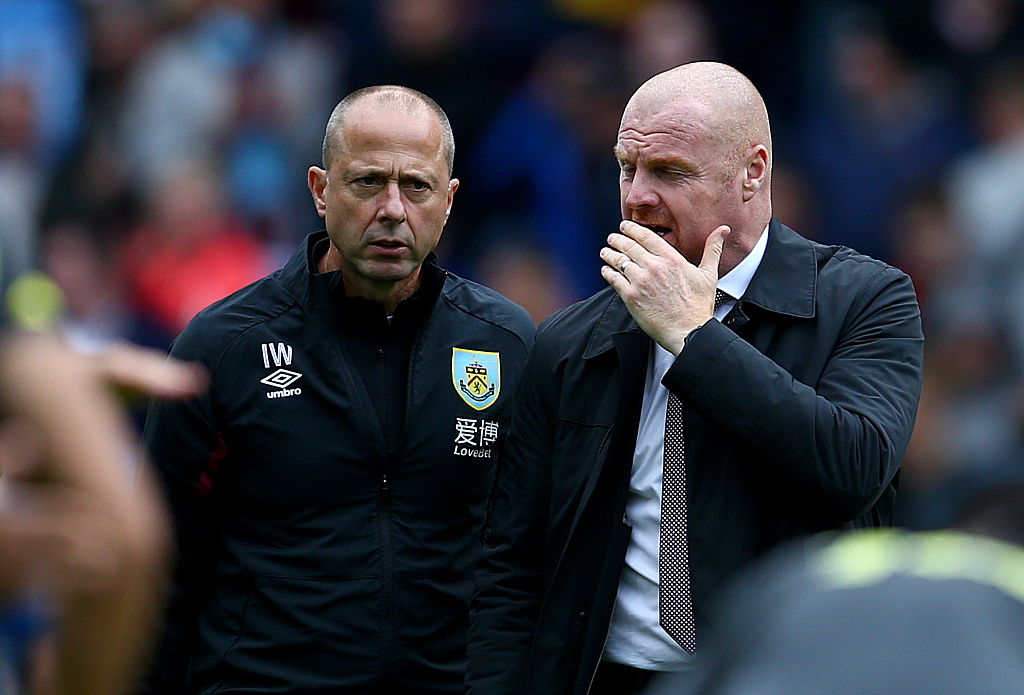 Later on Tuesday, Burnley confirmed that their assistant manager Ian Woan was among the six who contracted the virus. Watford then revealed that a player and staff members had tested positive but they would not be naming those involved due to confidentiality reasons.

The Premier League, which has been suspended since mid-March, has unanimously voted in favor of resuming training in small groups from Tuesday, but Watford captain Troy Deeney has declared that he will refuse to train under current circumstances, reflecting players' wider concerns over the speed with which football hopes to return.

"I've said I'm not going in. It's nothing to do with financial gain," Deeney told the Talk The Talk podcast. "My son is five months and he's had breathing difficulties. I don't want to come home and put him in more danger."

"You've got to drive in in your own kit, you can't have showers, then drive back in the same dirty kit you've got. If I'm putting my clothing in with my son's or my missus' it's more likely to be in the house," he added. 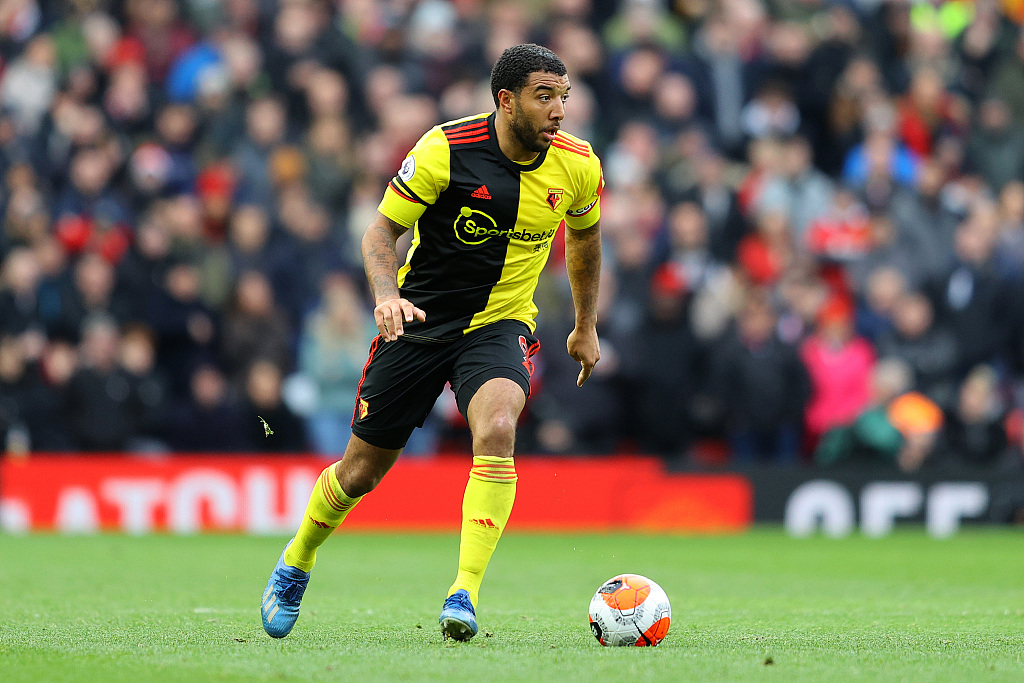 Troy Deeney in action during the Premier League match between Manchester United and Watford at Old Trafford, England, February 23, 2020. /VCG

Troy Deeney in action during the Premier League match between Manchester United and Watford at Old Trafford, England, February 23, 2020. /VCG

"Within the meeting I asked very simple questions. For black, Asian and mixed ethnicities they are four times more likely to get the illness and we're twice as likely to have long-lasting illnesses," Deeney said.

"Is there any additional screening? Heart stuff to see if people have got problems? No. Okay, well I feel like that should be addressed."

The same sentiment was echoed by Newcastle United defender Danny Rose, who claimed they are being treated like "lab rats" for the sake of providing entertainment during the pandemic.

"People are suggesting we should go back to football, like we're guinea pigs or lab rats. We've going to experiment this phase and see if it works or not," he told the Lockdown Tactics podcast.

"I can just imagine people at home saying: 'Well, they earn that amount of money, so they should be going back.' For stuff like that, I think: 'Is it worth the hassle?' I could be potentially risking my health for people's entertainment and that's not something I want to be involved in if I'm honest," he fumed. 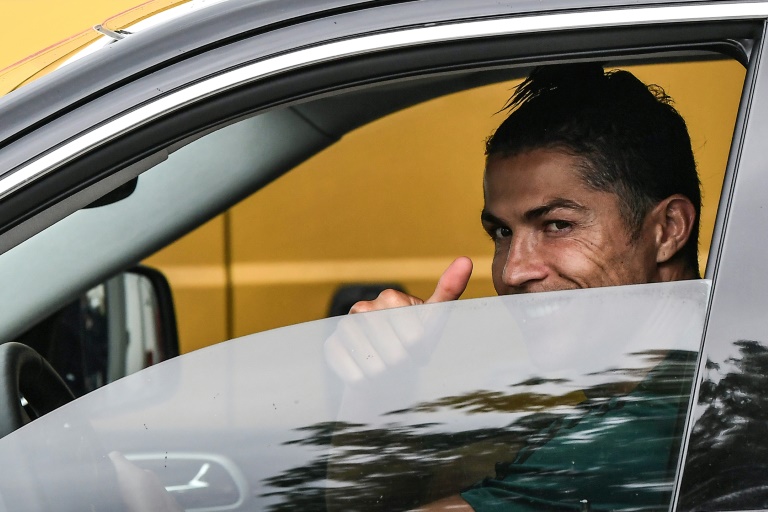 Cristiano Ronaldo gestures to fans as he drives away from Juventus' training ground in Turin, Italy, May 19, 2020. /VCG

Cristiano Ronaldo gestures to fans as he drives away from Juventus' training ground in Turin, Italy, May 19, 2020. /VCG

Serie A clubs voted earlier this month to restart on June 13 but the government has extended its ban on sporting events until June 14.

According to La Repubblica, Spadafora had scheduled a meeting with the heads of the FIGC and Serie A league for next week. "We will then decide if and when Serie A will restart," he was quoted as saying.

"The important thing will be to restart with the firm intention of completing the championship, then the federations will decide the modalities and formats to be adopted," he added.

Amid the uncertainty, Portuguese superstar Cristiano Ronaldo made his return to the Juventus training pitch on Tuesday after spending the last 14 days quarantined at his home in Turin.

The five-time Ballon d'Or winner traveled to his hometown Madeira over two month ago when the coronavirus lockdown was announced in Italy. The 35-year-old has underwent medical and physical tests before joining up with his teammates.

Ronaldo's Juventus were leading Lazio by one point when the Serie A was cut short by the pandemic in March.