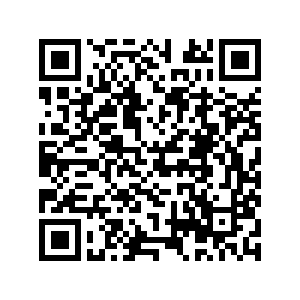 I'm Robert Lawrence Kuhn and here's what I'm watching: The 2020 Two Sessions political meetings, the National People's Congress (NPC) and the Chinese People's Political Consultative Conference (CPPCC), postponed from the traditional early March to late May, due to the coronavirus.

What are foreign analysts and media looking for? Start with the Two Sessions are being held at all – an unambiguous sign that China's leadership is convinced that the pandemic is under control; they would never risk a new outbreak in Beijing. The prime interest of international audiences is always economic. Year after year, the pre-Two Sessions guessing-game is what will be the target GDP growth rate?

In past years, experts could pretty accurately predict the rate, usually within half a percent. This year, no one knows whether there will even be a specific number, much less what that number may be. It makes sense to break precedent, and not to announce a target GDP growth rate, but rather to stress the big vision, including full economic recovery, managing financial risks, and winning the war against extreme poverty.

In any event, how could China forecast its GDP growth rate when China is highly interconnected with the world economy and so much of the world still reels with uncertainty.

Next on the foreign-interest agenda comes reform. Will reforms accelerate? Will China open its markets further with enactments of new regulations? Among foreign analysts, there has been a sense that state-owned enterprises, SOEs, have been playing an increasing role in the economy – a trend apparently confirmed during the pandemic, when SOEs enabled rapid-response logistics, production and construction, which some say exemplifies the capacity and commitment of China's system. What about support for the private sector?

Overall, foreign analysts will be watching to assess, in light of the pandemic, what is novel, what is different? Which categories or kinds of laws will the National People's Congress be addressing? What about the Belt and Road Initiative? Will it be slowed? Will debt burdens of countries along the Belt and Road, in a coronavirus-oppressed world, force China to restructure debt?

As for Sino-U.S. relations, due to escalating animosity with accusations flying, Americans will be looking for comments about the initial outbreak, as well as about competition and cooperation. The Foreign Minister's press conference will be assessed for its tone as well as for its content — which "hot' issues will China stress? Analysts will watch for signals on the Phase One Trade Deal, now the most positive area of Sino-U.S. relations, though under threat.

Of course, in the wake of the pandemic, the Two Sessions will likely focus mostly on domestic issues — the overwhelming priorities being China's economy returning to normal, and persevering in achieving China's long-set goals – ushering in 小康社会 (xiaokang shehui), the moderately prosperous society, and eliminating all extreme poverty. I'm keeping Watch. I'm Robert Lawrence Kuhn.