Tiandong escapes the poverty trap through relocation
In the Field 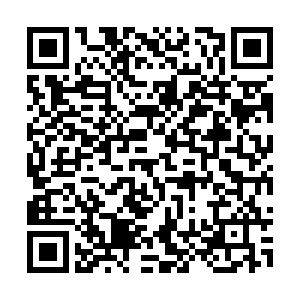 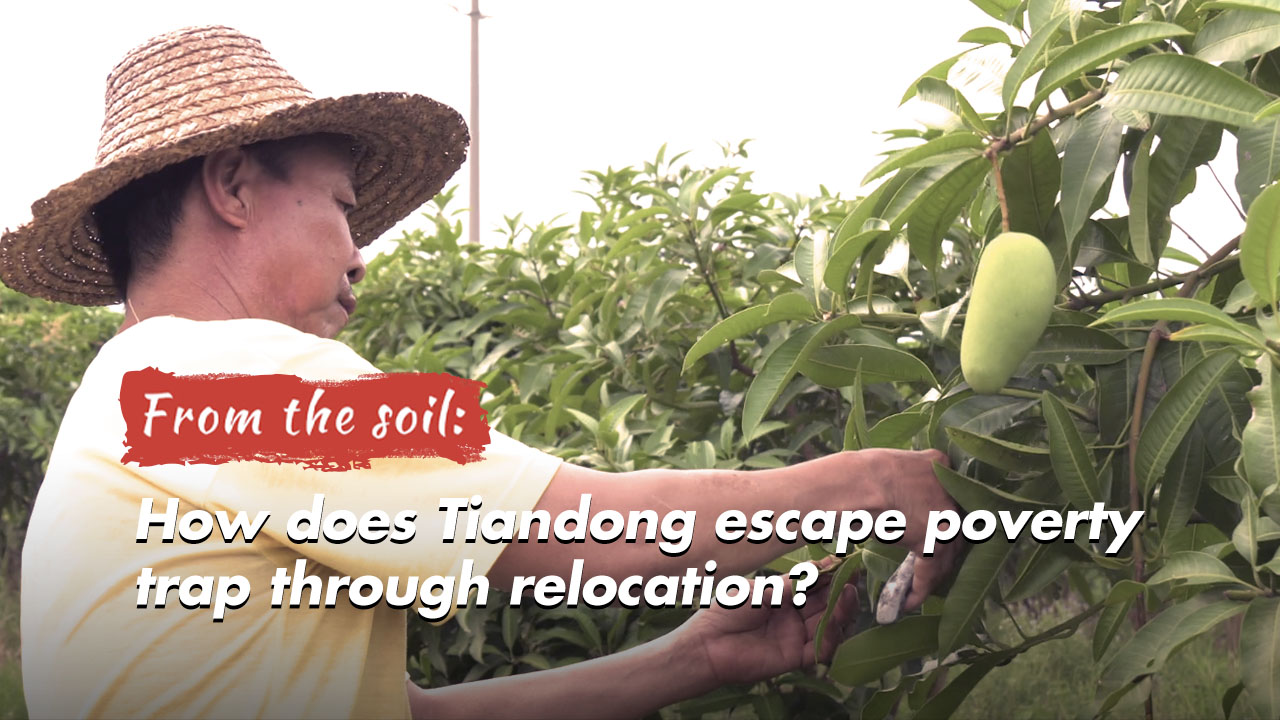 Editor's note: Poverty reduction in rural areas has been enormously challenging worldwide, and China is no exception. In this five-episode video series "From the Soil," CGTN has invited experts to make an on-the-spot investigation in rural areas to see China's ways to reduce poverty and examine whether they can shed light on global poverty alleviation work. In the fourth episode, Boncho Dragiyski, an assistant professor at New York Institute of Technology, Nanjing, heads to Tiandong County in the Guangxi Zhuang Autonomous Region. The views expressed in the video are his own and not necessarily those of CGTN.

Tiandong County in the Guangxi Zhuang Autonomous Region has long been listed as a state-level poverty-stricken county. Like many other counties across China, Tiandong has managed to overcome poverty with the help of local and national authorities. They have done it through relocation.

I went to investigate the impact of this achievement. My name is Boncho Dragiyski. I have taught at universities in the United States and in China, and I have been serving the poor since 2003.

My first stop was Longbang Village in Guangxi, close to China's border with Vietnam. Under a voluntary relocation program, many villagers have moved to modern government-subsidized homes in urban communities in the hope of transforming their lives. But others have chosen to remain in the village, despite harsh living conditions.

My objective was to find out why.

The terrain there is dominated by karst landforms, and serious erosion means that it is almost impossible to grow crops that require a lot of water or fertile ground.

As I entered Longbang, I was greeted by dilapidated housing structures and poor infrastructure.

Finally in Longbang village, a small community of about 40 families at the foothills of the mountain, I went to visit one of its oldest houses belonging to Lu Jingneng, an 80-year-old man who lived all his life in this house. 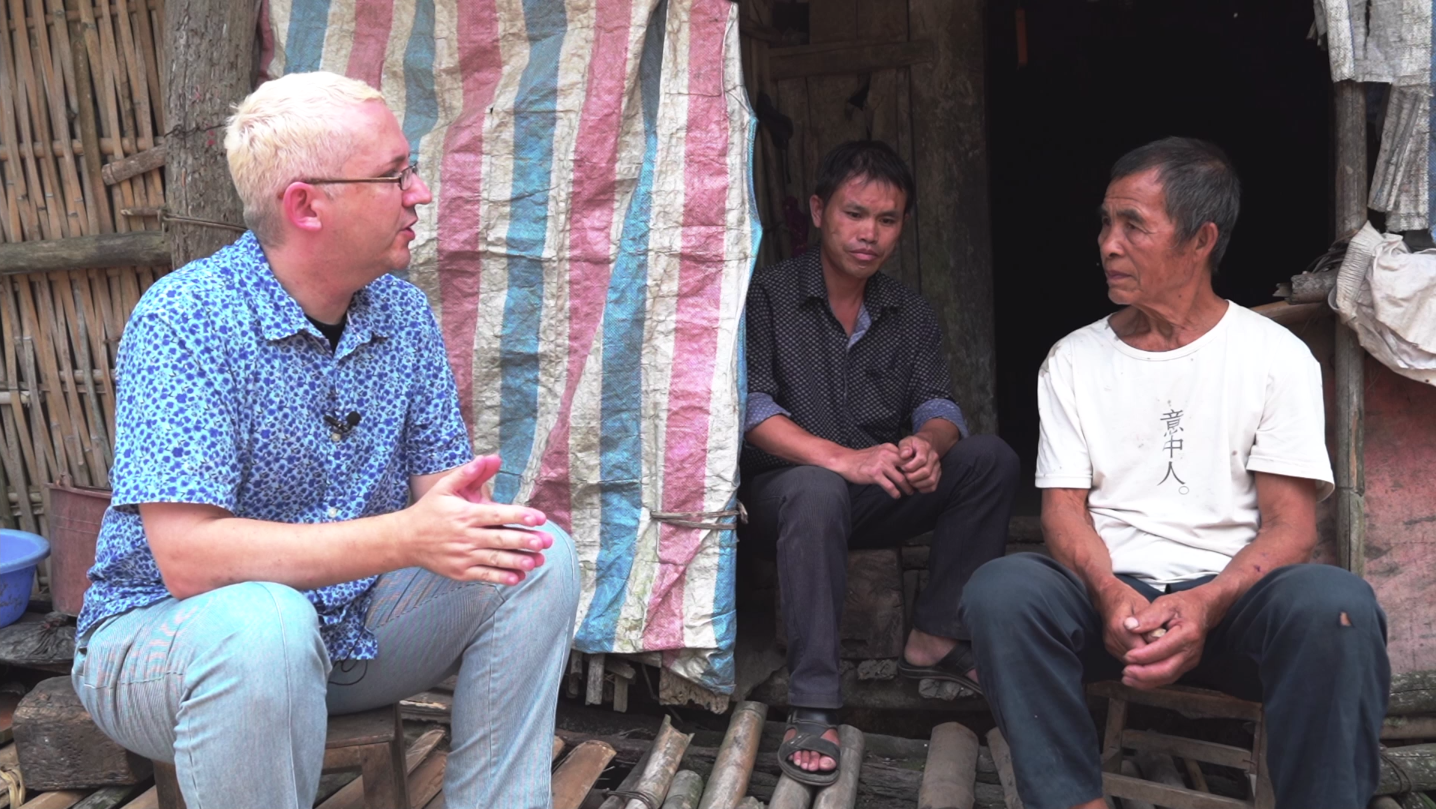 In the kitchen, Lu Jingneng was cooking lunch. The kitchen was very basic. There was no running water, and the space was dark and humid.

"Mr. Lu, the Chinese government offered you the opportunity to move into better, modern housing facilities in the city, but you chose to remain in the village. What is so special about this place that made you stay?" I asked him.

"The new apartment is great. But I have lived here all my life. So, I'm already used to the weather here," he said.

Mr. Lu's answer was short, but it struck a chord of a conversation that I once had with an old woman from Baltimore who didn't care much about the poor conditions of her house or the lack of modern facilities in the neighborhood. She told me that she was exactly where she belonged, where her parents had lived before her, and where her neighbors still greeted her every morning. It appeared, Mr. Lu felt the same way about his local Yao community.

Similar programs worldwide have shown us the challenges are many in this type of approach to poverty and overcoming them hasn't been easy.

Rio de Janeiro housing relocation program in Brazil is one example. According to figures from the Brazilian government, since 2009, 22,000 families have been resettled into new housing communities.

Recent reports tell us, however, that a great number of citizens were resettled outside of the city limits. There are higher expenses for utilities, lack of secure jobs and infrastructure in the new communities, and they also have additional physical and mental health concerns.

Many concerns, have been raised regarding how these and other world relocation projects affect the human rights of re-settlers.

In the face of such concerns, how has Tiandong government addressed these challenges?

Mr. Lu told me his son has moved to the city, so I went there to meet him and other relocated residents. 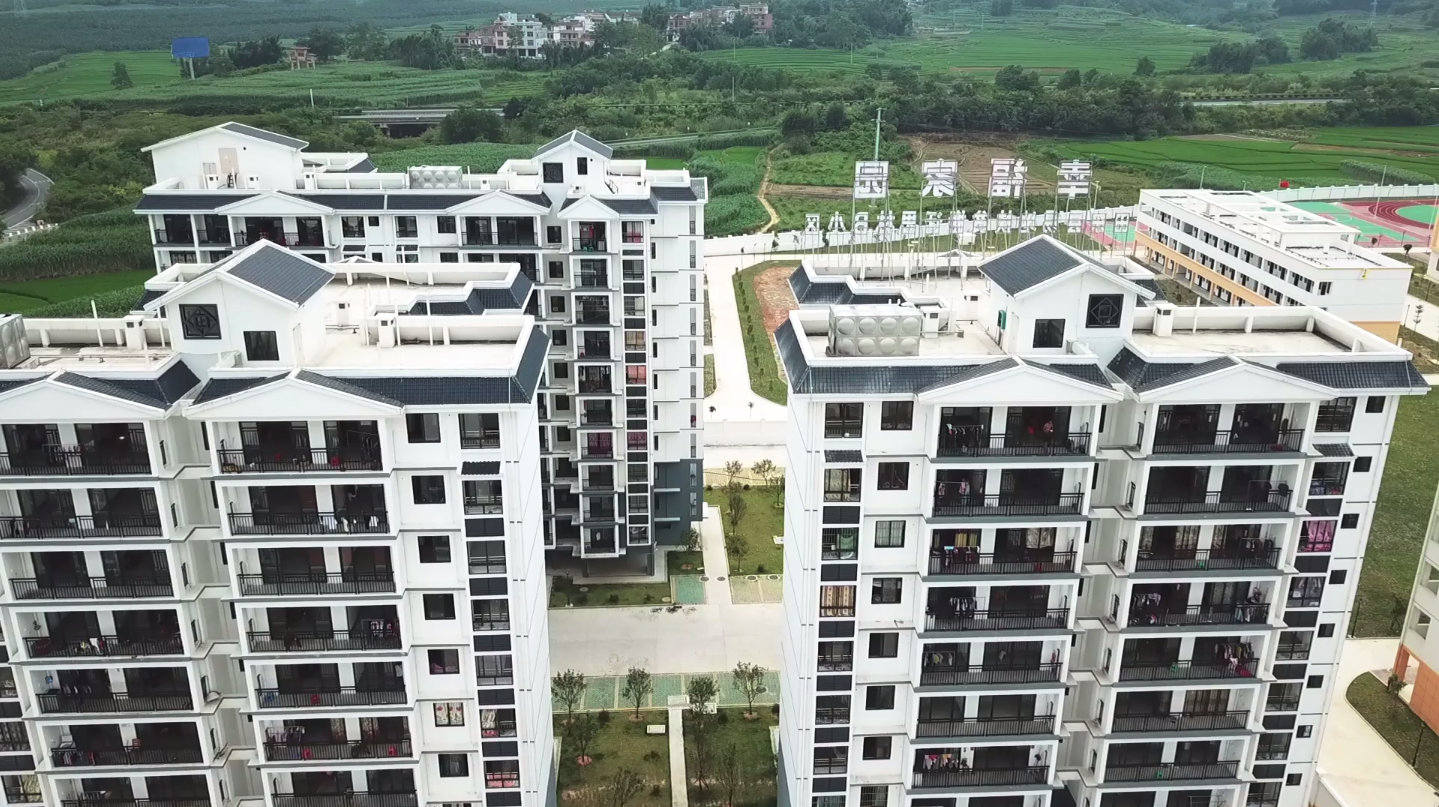 I visited one of the two residential communities that the Chinese government has built for the villagers of Longbang. There are four main buildings, surrounded by a kindergarten, a playground, several convenience stores, a medical center, a maintenance office, and a very-soon-to-open supermarket.

My first impression was how carefree children seemed to be. In that area, young adults found new jobs.

One of the workers told me that she can earn over 2,000 yuan per month, about 80 yuan per day. This is enough for her. Working here also allows her to be close to her family. In the past, she had to travel to Guangdong to find a job, but now she can be with her family.

While speaking to the men and women working in this factory, I discovered that the owner is Lu Jingneng son, whom I met in Longbang village.

"It's much better here than back home," he answered, inviting me to his house.

The differences were clear. There were vast improvements in living conditions in his apartment. Mr. Lu has a three-bedroom apartment with running water, electrical appliances and gas. The decor and the furniture are still quite basic, but partly because he chose to invest his state subsidy in a headphones factory.

Mr. Lu showed me the spacious room he has set aside for his father whenever he chooses to visit.

Since joining the voluntary relocation program, Mr. Lu's income has increased as have the opportunities to expand his business.

It is clear that the local government has made great strides in assisting new residents in adapting to their new environment.

The challenges that Tiandong faces are not new to the international community.

The clearance of the Turkish gecekondu areas; the Colombian government's housing policy from 2012; and the 2009 project to address poverty in the Brazilian favelas, all failed to meet the needs of resettlers, despite positive changes in varying degrees.

Homelessness, unemployment, and human displacement continue to be issues in those three examples. From what I was able to observe, these were not issues in Tiandong.

I met people, mostly elderly, who were struggling to adapt to their new environment. For one thing, they don't read nor speak Mandarin and this creates psychological challenges.

They have had to learn to do things that many of us have long taken for granted, like learning to use electric appliances.

So they'll need continuing assistance but I've been assured that the local government is always looking for innovative ways to try to ensure that the most vulnerable can cope in their new surroundings. 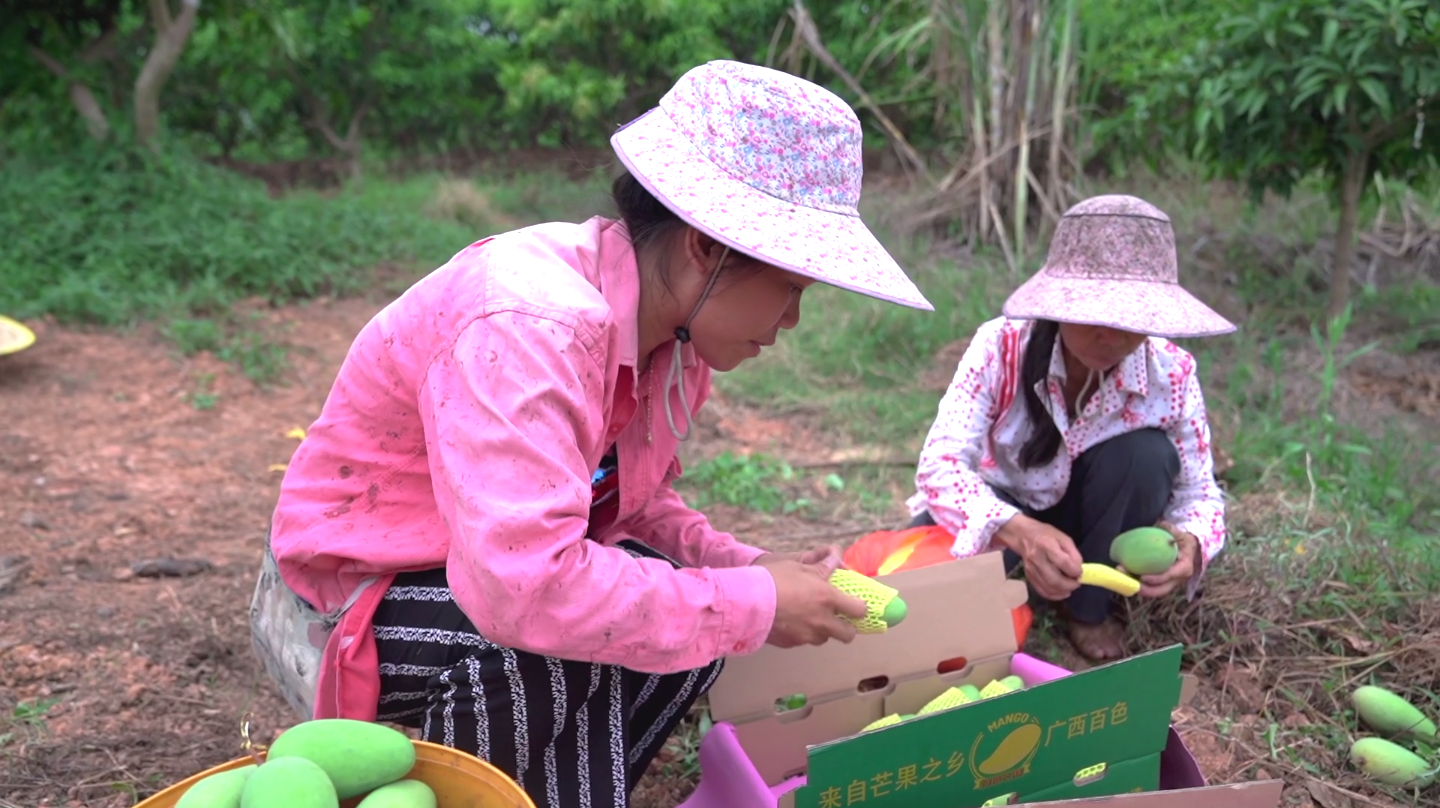 More than a relocation plan

The government's poverty alleviation plan seems to be more than just a relocation program, as focus on promoting and subsidizing local agricultural initiatives is stronger than ever.

In 2014, the authorities created a plan to coordinate the efforts of farmers in Tiangdong, now known as one of the mango villages, by bringing in experts in fruit cultivation and helping with general logistics.

"When I came here in 2008, everyone lived in crumbling old houses. Now, every family has a brick house. The World Mango Congress in 2017 attracted many foreign buyers. So, our sales are very good. Our income has doubled since 2008, and we appreciate the local government's help," one of the farmers told me.

Mango cultivation has helped 28 villages, with more than 11,000 people, leave poverty behind.

The people that I met at the mango farms were mostly aging or had family connections with mango growing. But what about the younger labor force, those who had to travel to other cities to seek better economic opportunities and were forced to leave their parents and children behind?

An egg-producing farm might just have the answer. There are over 80 people employed at the farm, most of them from poor families.

"Last year, I worked at a hardware factory in Guangdong. I have been here for more than a year now and I am very happy to see my children at home. Commuting is also quite convenient," Lu's colleague said. 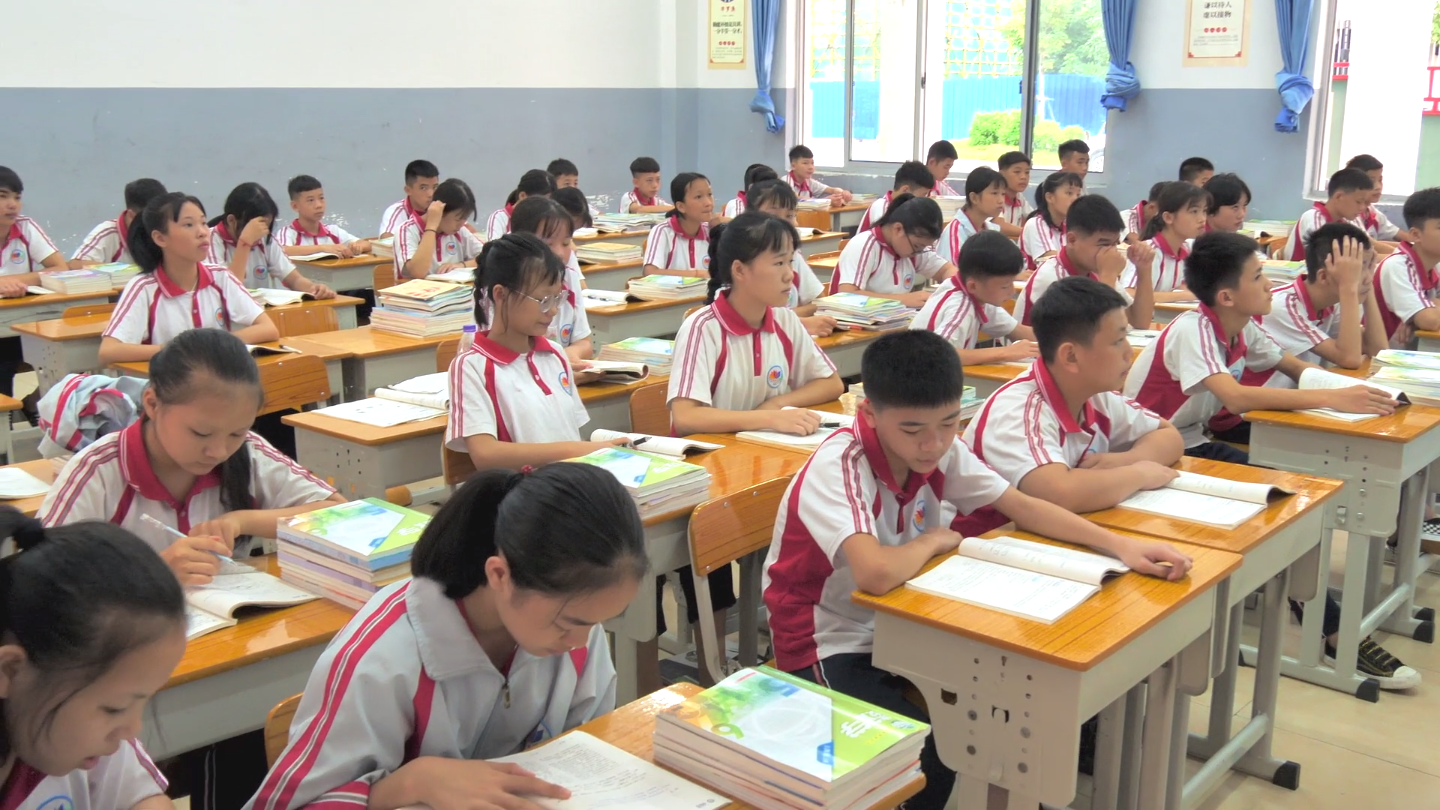 In Bingjiang school, I saw what happiness and investment in the future look like. The school covers both primary and secondary students, 3,700 in total.

"My old school was much smaller compared to this one. In the past, we only had three subjects - math, Chinese and sports. But now, I can learn seven subjects," student Tan Yuanhuang said, happily adding that "there are different meals every day." His favorite is roast duck.

I went to Guangxi Zhuang Autonomous Region to explore how the government's efforts to address poverty in the area have affected the lives of local people. And in my visit, I have discovered that poverty alleviation through relocation can quickly change the material conditions of local people with better transportation, better facilities, and improved medical assistance. The benefits of this program were immediately obvious.

But the psychological and cultural needs of the villagers, especially the elderly, should not be overlooked. The sudden change from the countryside to a busy urban life in an unfamiliar multi-ethnic environment, in this case, can create significant obstacles for some.

The Chinese government has developed a more holistic model, which continues to be a work in progress and from which other developing countries can learn.

I left Tiandong with my main questions answered. But elder Mr. Lu still lingered on my mind. He said he chose to stay "here" in Longbang.

Many economists suggest that the best way to help poor people from rural areas is to move them out; others insist that we should let rural areas die. Is one option better than the other? I don't know.

What I do know is what I have learned on this trip. The "here" of the Yao people comes from the soil – the same soil that gives corn to Mr. Lu in Longbang, the soil that produces some of the best mangoes in the world, the soil that allows citizens of Tiandong County to look to the future without forgetting their past.