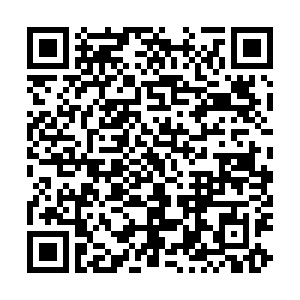 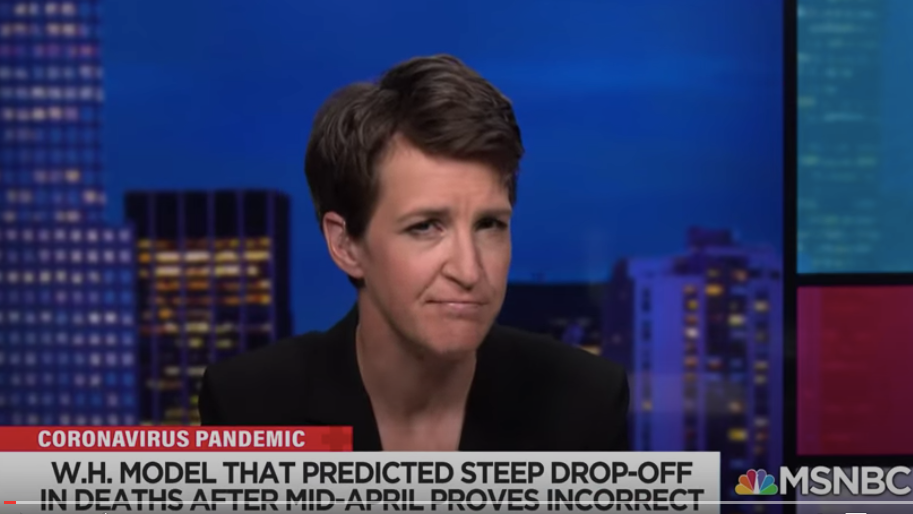 MSNBC host Rachael Maddow questions the response operations carried out by the Trump administration during her Monday show, May 18, 2020. /YouTube screenshot

MSNBC host Rachael Maddow questions the response operations carried out by the Trump administration during her Monday show, May 18, 2020. /YouTube screenshot

The White House didn't like the epidemiological models being used so the Trump administration invented their own for its coronavirus policy a month ago, which predicted that the epidemic would soon be over, and the confirmed cases in the U.S. would go down to zero by May 15, commented MSNBC anchor Rachael Maddow during Monday's show.

Maddow questioned the response operations carried out by the Trump administration in the past couple of days, confusing how a model created by an economist with no background in infectious diseases can be trusted.

First reported by the Washington Post, the so-called econometric "cubic model" that the White House has been relying largely on to make decisions of reopening turned out to be developed by a small team led by Kevin Hassett — a former chairman of Trump's Council of Economic Advisers (CEA). 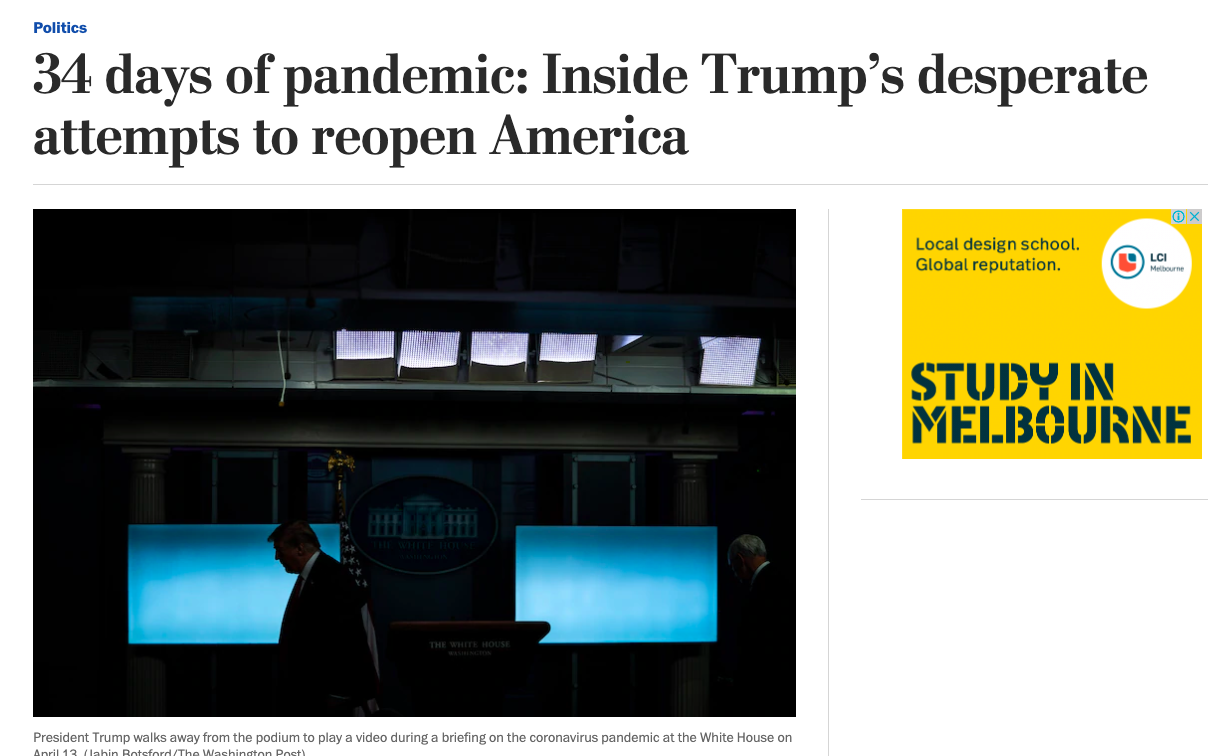 The model points that the number of U.S. deaths would drop precipitously in May, and reach zero deaths by May 15. But according to the data from Johns Hopkins University, the U.S. had about 25,000 new confirmed cases and over 1,500 new deaths on that day – and the number didn't go down in the following days.

Nate Silver, a professional builder of quantitative models, was quoted in a May 8 article by U.S. news media website Vox, noting how the Hassett's model can be worked out merely by the knowledge of Excel functions. Silver even gave an elaborated tutorial lesson on how to get the model via Excel step by step. 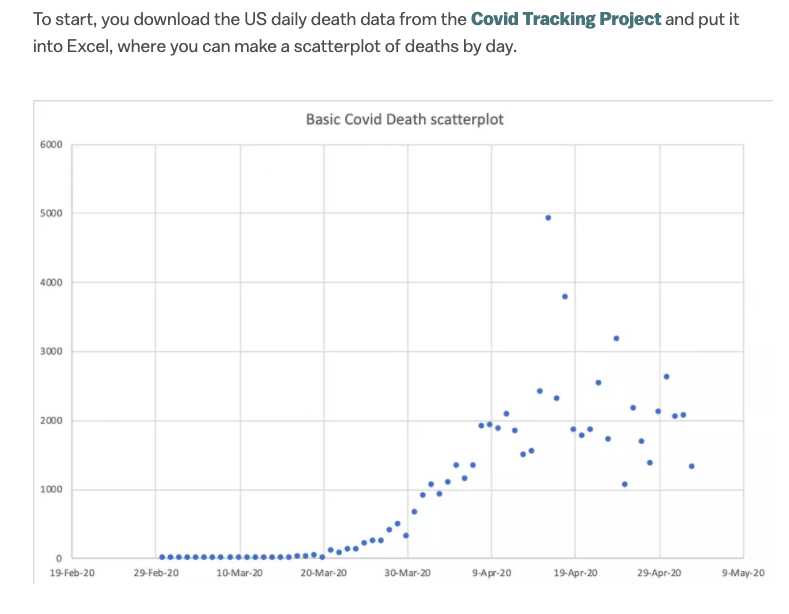 Screenshot of Vox website graph a story published on May 8, 2020. /Vox Media

Screenshot of Vox website graph a story published on May 8, 2020. /Vox Media

"That's not a prediction, but it is a confirmation that a purely self-interested president should try to do something to alter the trajectory of the death toll," Vox wrote.

CEA defended their analysis by tweeting out the rigorous model which claims the mortality curves of the Institute for Health Metrics and Evaluation have matched their data fairly well.

In response, Jason Furman, a former chairman of Obama's CEA, retweeted the post criticizing the faux expertise of CEA.

"The stakes on the epidemiological questions are so high that this utterly superficial and misleading 'modeling' has no place whatsoever in any discussion of the government's response," he added. 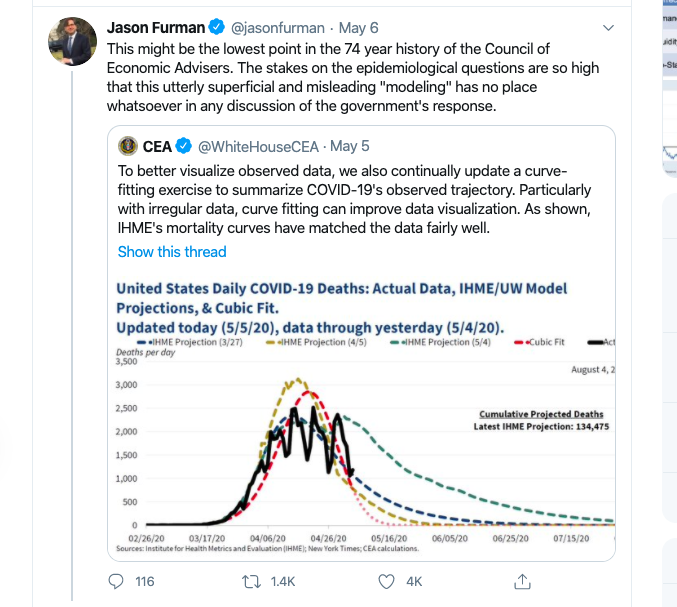 Instead of reaching zero deaths by May 15, another staggering government draft report first obtained by the New York Times in early May shows a complete different picture of the epidemic in the U.S.

According to the document copy shared with The Washington Post,  both cases and deaths will experience a rapid increase beginning about May 14, and the COVID-19 cases will surge to about 200,000 per day by June 1.

Although the White House and the related scientists denied the completeness of the report, researchers agree they do reflect how COVID-19 cases could spread out of control.

Justin Lessler, an associate professor of epidemiology at the Johns Hopkins Bloomberg School of Public Health, also the creator of the model told the Post that 100,000 cases per day by the end of the month is within the realm of possibility.

"Much depends on political decisions being made today."