Will China leapfrog in the digital economy post-COVID 19?
By Chen Yurong 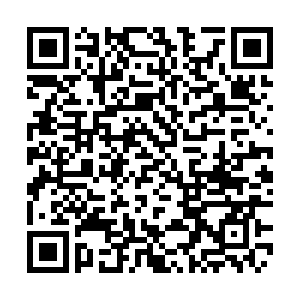 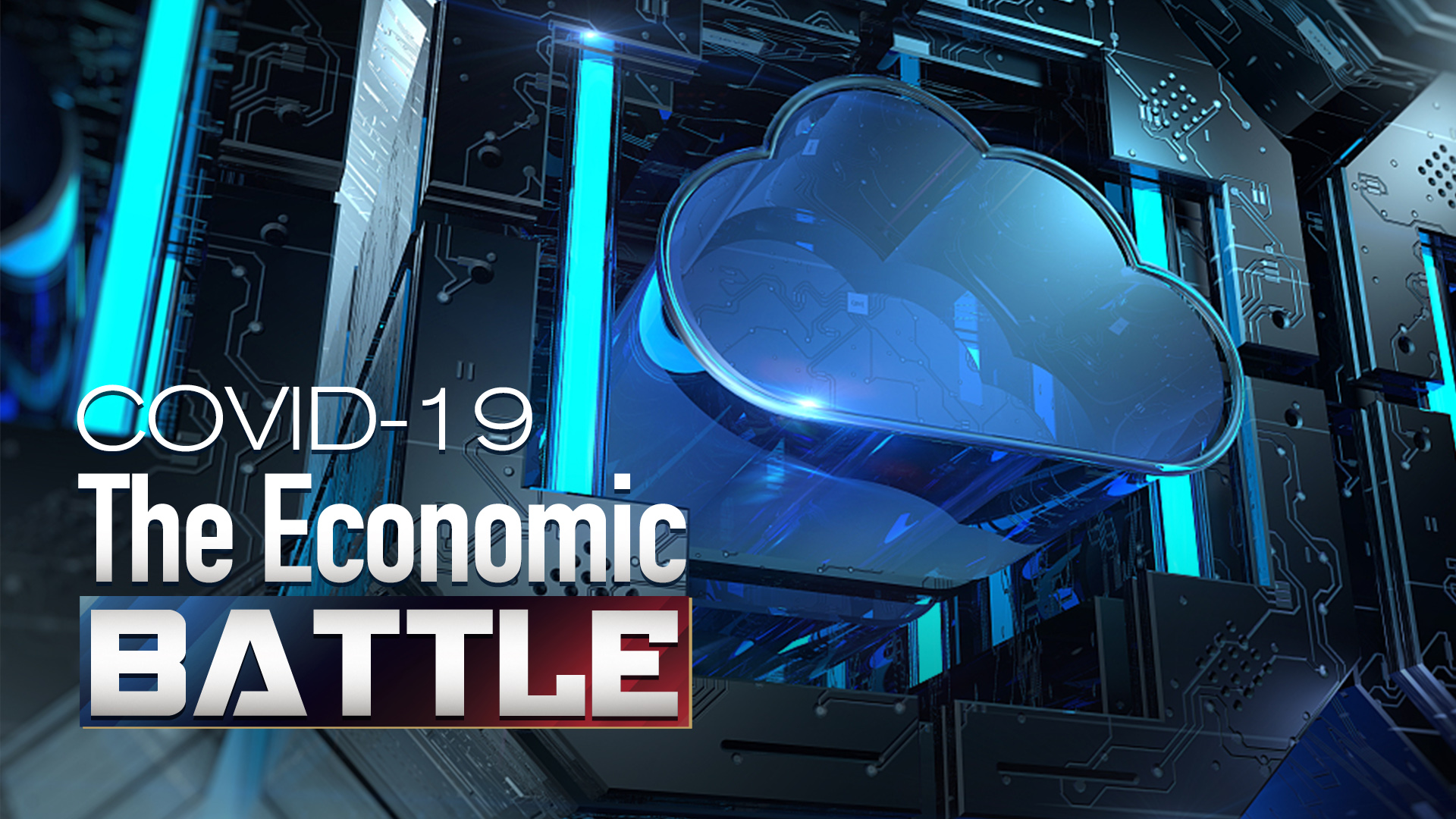 China's strategies to develop the digital economy can be traced back long before the COVID-19 outbreak. But the outbreak has triggered the full acceleration of the country to carry forward its digital transformation.

The unprecedented global health crisis has transformed the macro landscape of economic activities worldwide. "Going digital" has become one of the remedies for economies and a "survival strategy" for businesses since the outbreak, as offline activities are almost shut down.

Although the trend looks temporary and may turn to normalcy when the pandemic ends, it indeed is forcing a restructuring of past experiences in various sectors and bringing a digital economy upgrade.

"Recent data shows that we have vaulted five years forward in consumer and business digital adoption in a matter of around eight weeks," leading American management consulting firm McKinsey & Company said in an analysis report, published on May 14.

"Banks have transitioned to remote sales and service teams and launched digital outreach to customers to make flexible payment arrangements for loans and mortgages. Grocery stores have shifted to online ordering and delivery as their primary business. Schools in many locales have pivoted to 100 percent online learning and digital classrooms. Doctors have begun delivering telemedicine, aided by more flexible regulation. Manufacturers are actively developing plans for "lights out" factories and supply chains. The list goes on."

China was a global leader in some industries in the digital economy, such as e-commerce, even before the onset of the COVID-19. Under the current circumstances, digital use is not only accelerating in the typical business-to-consumer (B2C) applications and channels, but also gaining traction in the traditionally less digitalized part of the economy, such as areas requiring heavy physical interaction and business-to-business (B2B) processes, the McKinsey report said. 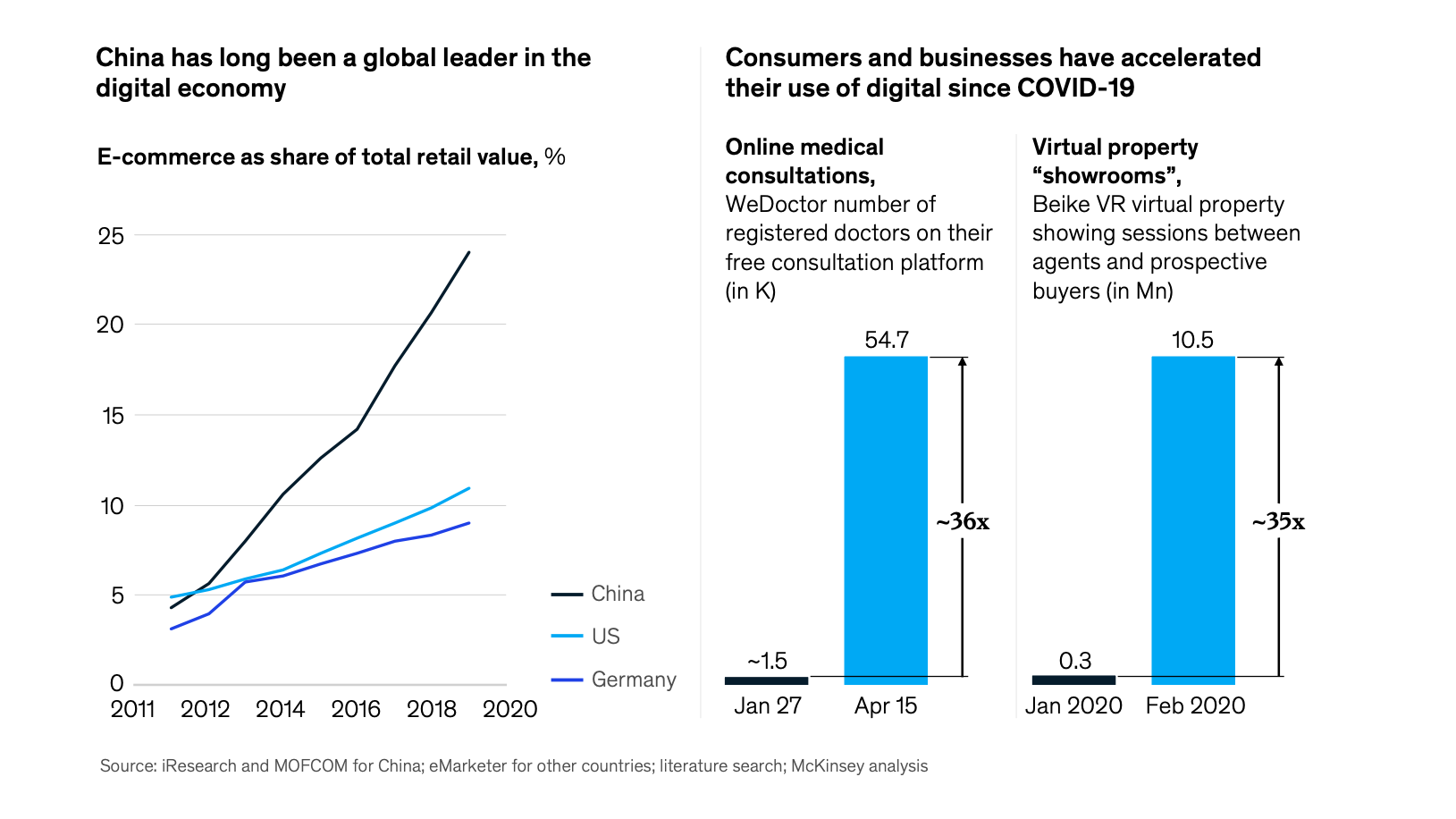 However, China's overall digital economy is just in the middle of the range globally, based on both a narrow and broad definition of the digital economy.

According to the IMF, the narrow sense refers to the ICT sector only, while the broad sense comprises both the ICT sector and some traditional sectors that have been integrated with digital technology.

From the narrow perspective, China's digital economy accounted for approximately six percent of the GDP in 2017. However, the broad definition puts its size at 30 percent.

China has experienced rapid digitalization in recent years, mainly driven by the integration of ICT with traditional service sectors, such as the financial, entertainment and e-commerce sectors. The digital economy's size has surged from less than 15 percent of the GDP in 2007 to 33 percent in 2017.

The IMF expects China to continue its rapid digitalization, predicting that the size of the digital economy in China will likely reach 50 percent of the GDP by 2025.

With its large base of over 850 million internet users, a well-established online ecosystem, improving digital infrastructure, consumer-driven digitalization, particularly, is expected to continue.

China's digital economy scaled to 31.3 trillion yuan in 2018, but with only 25 percent of the enterprises conducting digital transformation.

Statistics show that more than 55 percent of the enterprises have not completed the fundamental upgrade on their digital equipment, which is especially hard for micro and small enterprises due to huge costs.

Catalyzed by COVID-19, China has rolled out a policy package to stimulate the next wave of digitalization, which comes from the business sector, into the broader integration of ICT with the production process.

Consulting firm IDC estimates that 51 percent of the global IT budget will come from digital innovation and transformation in 2024. The ratio in China will be over 70 percent.

"This will have a huge impact on every enterprise," said Huo Jinjie, president of IDC China, adding, "If enterprises look forward to creating more values, they need to prioritize digitalization in their operational model. Digitalization means faster speed, larger scale and wider connections, which will help enterprises to achieve the goal."

The National Development and Reform Commission (NDRC) in April launched a series of measures to accelerate fueling the digital transformation for small and medium-sized enterprises (SMEs) to target cloud-based big data and AI supporting measures.

"The technical comprehensiveness and the strategic links to China's future economic development are sending a clear signal: China is seeking its way forward by stepping up its digital transformation in the preparation for a post-COVID-19 era," said Nannan Lundin, head of section counsellor science and innovation at the Swedish embassy. 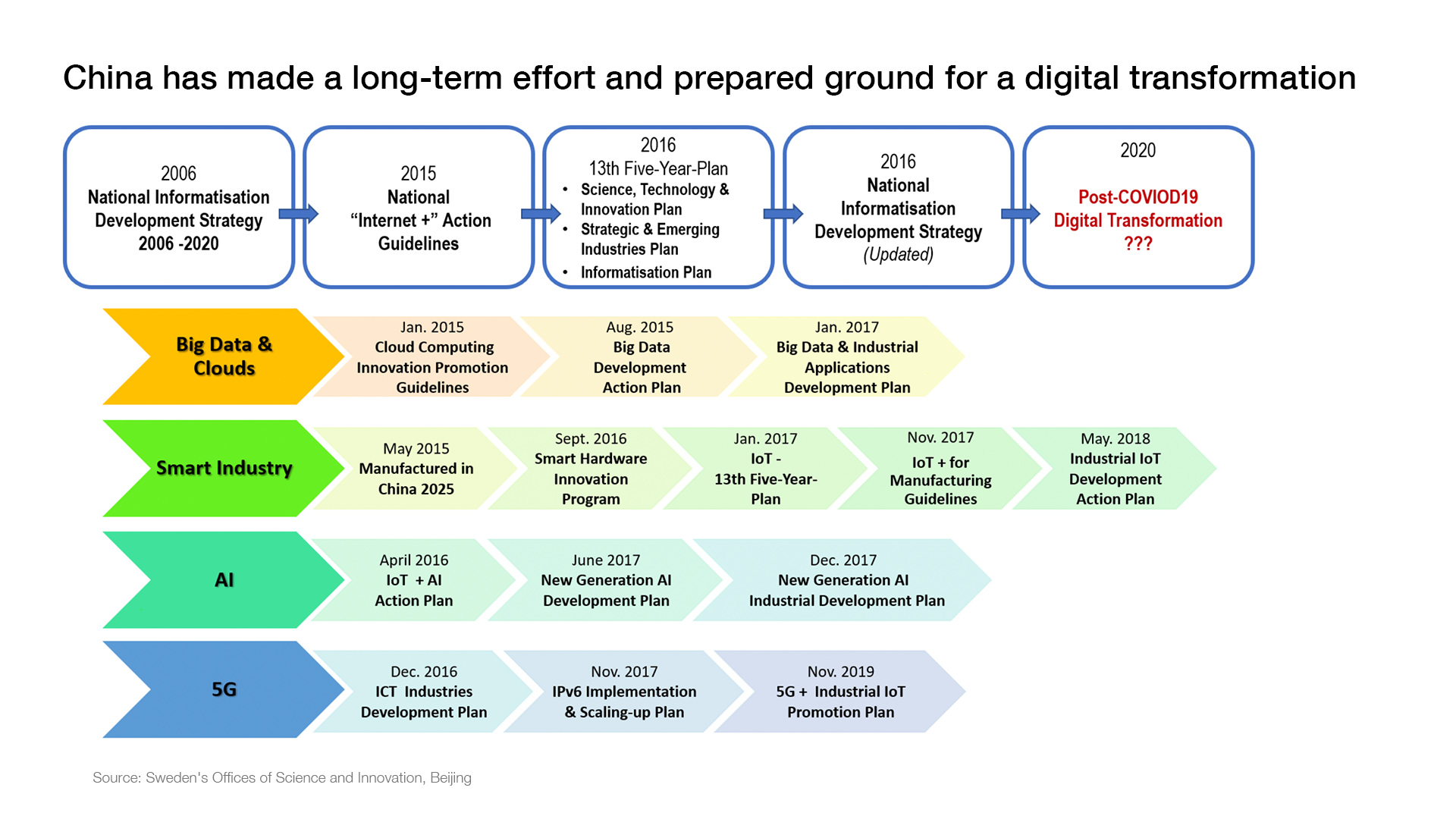 The new cloud-based big data and AI strategy will be conducted by multiple sectors, including internet platforms, leading enterprises and financial institutions. The NDRC said the measures will include providing consulting services and supporting the construction of the digital supply chain.

According to Lundin, in addition to the "policy push," stakeholders are also seeing an accelerated and deepened evolution of ICT and digital technologies, which is "continuously changing the business and market dynamics" of the sector.