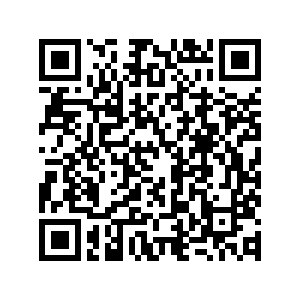 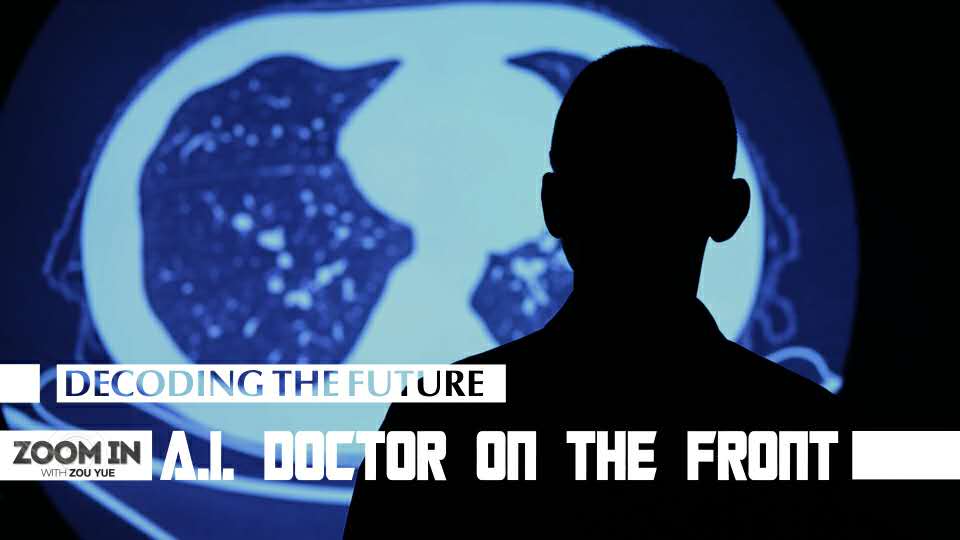 Editor's note: China's delayed Two Sessions this year will likely be remembered as an occasion to reflect on our fight against COVID-19, and an opportunity to move forward with fresh hope. As the world battles the COVID-19 outbreak, this episode of CGTN's "Decoding the Future" series looks at how an AI company in Beijing is helping the world in the fight against the virus.

By the end of January, the virus we now know as COVID-19, had become a crisis.

In a matter of weeks, hospitals were overwhelmed. And medical workers pushed their limits, as tens of thousands of patients rushed to be tested.

Despite our best efforts, it wasn't possible to confirm every new case in time.

A new hope emerged when people turned to a new technology.

Like any infectious disease, the most important and urgent task was to tell who is sick. Normally we need doctors to do that. To detect COVID-19, they found out two methods: nucleic acid testing and CT scans.

CT scans are basically X-ray images of your body. And trained doctors can read these pictures and tell who might have a problem.

But there are only so many doctors and too many scans to be read. Despite round-the-clock work, it was simply not fast enough.

An AI company in Beijing came to help.

This is where the algorithm comes in. By dramatically reducing the time to interpret the tests, the AI technology was able to buy hospitals precious time.

Seemingly, there is nothing you can associate this place with a virus or medicine. But this could be where medicine gets changed forever. The story of a small AI company has proved that in the early stages of the battle against COVID-19. How did they do it, and what does it mean for doctors and patients?

"So basically what AI can do is to help doctors and hospitals identify suspected COVID-19 patients quickly from all the patients that they are actually examining," said Chen Kuan, founder and CEO of Infervision.  "So we can identify that this guy is actually highly suspected of having the virus. And we should actually quarantine him, start social distancing, and start doing the tests. "

In an interview with CGTN, Li Dasheng, director of Department of Radiology at Hadian Hospital in Beijing, also shared his experience of using AI to help speed up the testing process.  "A CT scan usually generates 300 to 400 images. It takes at least 10 to 15 minutes to go from reading the scan to issuing a report. But with the algorithm,  the doctor only needs 10 to 20 seconds to determine the number and locations of lesions in the lungs before informing the patient," he said.

It didn't take long for Infervision's algorithm to prove itself in the fight against the new virus. Hospitals in China, including specialized clinics, quickly put the new tool into use. And as progress was made in China, the technology was soon adopted around the world. In just two months, Japan, Italy, Germany and the U.S. were also using the algorithm.

Chen told CGTN a story that implicated the value of this technology, "When our European team was crossing the border of Italy, we were actually stopped by the patrol team. And then what happens was that we have to show them the letters from the hospitals indicating that they want to use our AI technology. And then the Italian patrol, the military, said, 'Thank you very much for helping Italy in this very dangerous time.' So I think this is exactly how AI technology should be utilized so that you can help to stem the spread of the virus. And the technology itself can be spread even faster than the virus, which I think is the greatest beauty of this technology."

There are only a few moments in history where a new technology gets repurposed in such little time to serve so many. But that tells us the part that the AI technology can and will play in our lives.

It is powerful, it is fast and most important of all, it is still evolving. The technology was not born in China, but it has been embraced by the Chinese. Many see COVID-19 as a destroyer, but it can also be an imperative for humans to upgrade their armor against new opponents, whenever and wherever they arise.