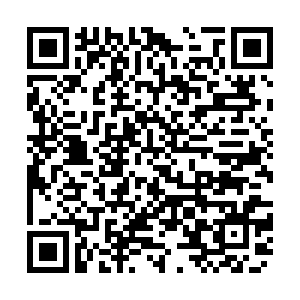 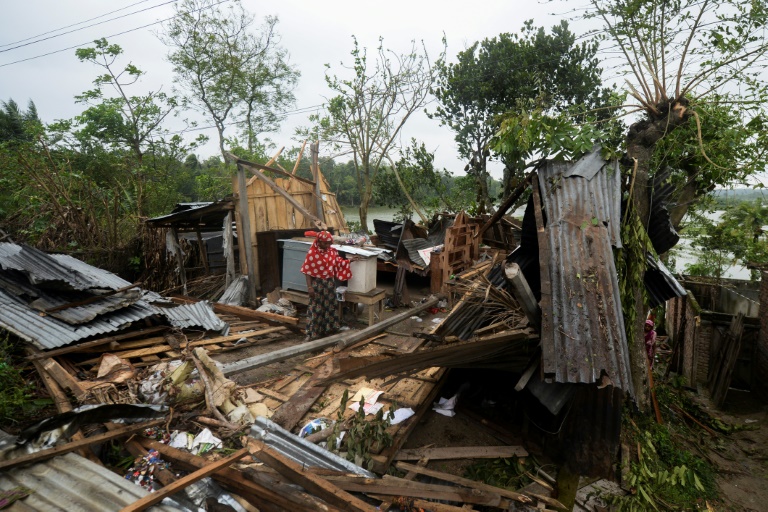 India and Bangladesh began a massive clean-up Thursday after the fiercest cyclone since 1999 killed at least 95 people, leaving a trail of destruction in its wake.

The United Nations office in Bangladesh estimates 10 million people were affected, and some 500,000 people may have lost their homes.

But the death toll was far lower than the many thousands killed in previous cyclones, a result of improved weather forecasting and better response plans.

The disaster has raised fears, however, that overcrowding in storm shelters will exacerbate the spread of coronavirus.

India's West Bengal reported 72 deaths, including 15 in the capital Kolkata, with state premier Mamata Banerjee saying: "I haven't seen a disaster of this magnitude."

"This is the worst cyclone to hit the state since the one in 1737 when thousands lost their lives," she told reporters. Banerjee earlier described the cyclone's impact as "worse than coronavirus". Twenty-three people have died in Bangladesh, according to the official death toll.

India's Prime Minister Narendra Modi will survey the damage in West Bengal and Odisha states on Friday, as well as take part in aid meetings. He tweeted earlier that "no stone will be left unturned in helping the affected". 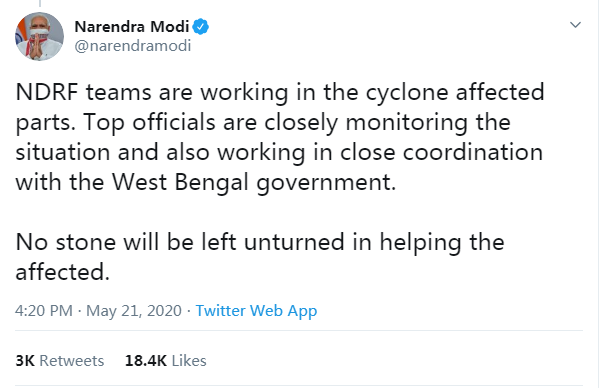 Improved weather forecasting meant Bangladesh was able to move some 2.4 million people into shelters or out of the storm's direct path, while India evacuated some 650,000.

At least 10 million people were without power on Thursday afternoon in the worst-hit districts of Bangladesh, said rural electricity board chief Moin Uddin.

The storm levelled more than 55,000 homes, most made of tin, mud and bamboo, across Bangladesh, junior disaster management minister Enamur Rahman said.

Kolkata residents woke to flooded streets, with part of the city's yellow taxi fleet up to their bonnets in water in one neighbourhood and many areas without power.

A record over 12,078 shelters, including 7,000 schools and colleges, were being readied to avoid crowding amid fears of coronavirus spreading, according to Shah Kamal, Bangladesh disaster management secretary.

Up to two million residents from low-lying areas would be evacuated from Tuesday, he said, adding that they had capacity to shelter more than five million evacuees. 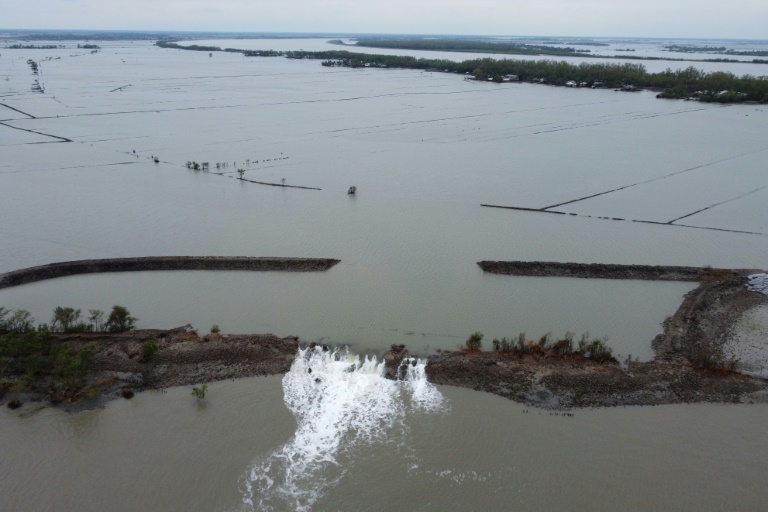 An aerial view shows water from a flooded crab farming area (top) breaking through a damaged dam following the landfall of Cyclone Amphan in Burigoalini, Bangladesh, May 21, 2020. /AFP

An aerial view shows water from a flooded crab farming area (top) breaking through a damaged dam following the landfall of Cyclone Amphan in Burigoalini, Bangladesh, May 21, 2020. /AFP

"Each second seemed like an hour," bank manager Susanta De said of the storm, adding that "There were only howling winds and sounds of shattering window panes. All of it was very scary and we thought the end was nearing."

Bangladesh's Sundarbans forest chief Moyeen Uddin Khan told reporters the storm surge that smashed into the vast mangrove area, which bore the brunt of the storm, was "not as high as was feared earlier", adding that Amphan's impact on wildlife, especially the forest's endangered Bengal tigers, was not yet known.

The cyclone weakened as it moved north through Bangladesh but still unleashed heavy rain and fierce winds in Cox's Bazar, the district which houses about one million Rohingya refugees from Myanmar.

The UN said the effect in the vast camps of flimsy shacks appeared to be "fairly minimal". The area most affected by Amphan, the first "super cyclone" to form over the Bay of Bengal since 1999, was the Satkhira district of southwest Bangladesh.

There a storm surge, a wall of ocean water which is often one of the main killers in major weather systems, roared inland and destroyed embankments protecting villages and shrimp farms.

"My home has gone under water. My shrimp farm is gone. I don't know how I am going to survive," Omar Faruq, 28, told reporters.

Jessore, the district next to Satkhira and which borders West Bengal, was also hard hit with at least 12 killed. 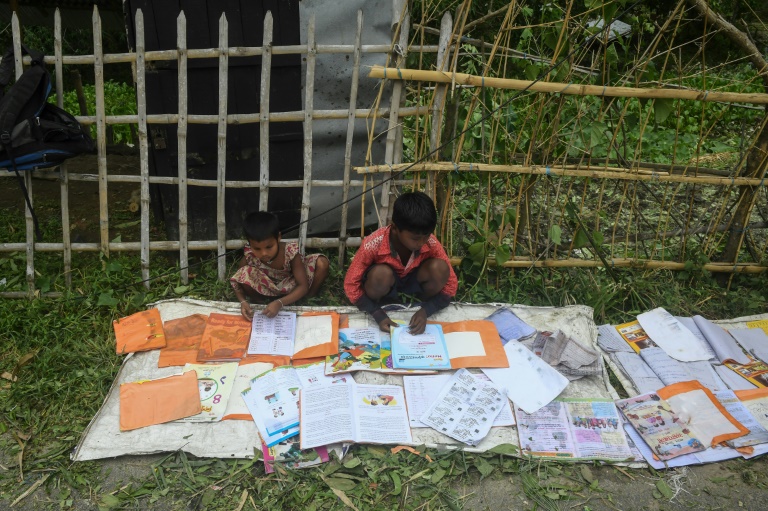 Children lay out their wet textbooks to dry following the landfall of Cyclone Amphan in Khejuri area of Midnapore, West Bengal, May 21, 2020. /AFP

Children lay out their wet textbooks to dry following the landfall of Cyclone Amphan in Khejuri area of Midnapore, West Bengal, May 21, 2020. /AFP

"The coronavirus has already taken a toll on people. Now the cyclone has made them paupers," said local councillor Bhabotosh Kumar Mondal.

This time, as during a cyclone in Odisha last year, the human cost was greatly lessened thanks to the evacuations, said Rahman. Only several people died. The majority of them ventured out to collect fallen mangoes during the storm, he added.

Natural disaster expert Nayeem Wahra, at the Disaster Forum think-tank, said the storm also lost some of its potency over the Bay of Bengal before it made landfall.

"The storm surge was not powerful or high enough to cause extensive damage to lives or properties," Wahra said. "Bangladesh was largely spared."

Packing people into shelters, however, raised the risk of coronavirus spreading, with cases still surging in India and Bangladesh.

Charity WaterAid also warned water sources could have been contaminated by the cyclone, making hand-washing and other hygiene practices to combat the spread of the coronavirus more difficult.

India on Sunday has extended a nationwide lockdown to May 31 as cases exceeded 90,000, which now has 118,226 confirmed cases, with 3584 deaths. Meanwhile, 28,511 confirmed cases and 408 deaths in Bangladesh according to the latest data from Johns Hopkins.

(Cover image: A woman looks at what is left of her home after Cyclone Amphan hit Satkhira district in Bangladesh. /AFP)