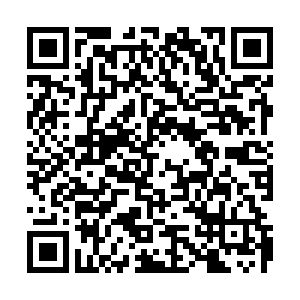 Iran has dismissed U.S. sanctions on several of its officials, saying they were a sign of the complete inefficiency of Washington's previous sanctions on the country.

"Washington's fruitless and repetitive sanctions against Iranian officials is a sign of weakness, despair and confusion of the U.S. administration," state TV quoted Iran's Foreign Ministry spokesman Abbas Mousavi as saying on Thursday.

Iran's Mehr News Agency quoted him as saying, "The U.S.'s addiction to imposing sanctions reflects the illegal and arbitrary behavior of the United States against the international law and order which targets the legal institutions and authorities of independent states."

The U.S. expanded sanctions against Iran on Wednesday to include a number of Iranian individuals and entities linked with the country's law enforcement system.

The list is comprised of nine individuals, including Iran's Interior Minister Abdolreza Rahmani Fazli. The U.S. said that the minister gave orders authorizing the Law Enforcement Force (LEF) of Iran to use lethal force in response to anti-government protests in November.

The U.S. Treasury Department noted the punitive action is taken in response to "serious human rights abuses against Iranians."

This is not the first time the U.S. put sanctions on Iran, but President Hassan Rouhani said on Wednesday that U.S. sanctions have hurt the Iranians in the past few years, but they also led to great achievements such as self-sufficiency in many areas.

"Despite the harsh conditions of the country and the illegal and unjust sanctions and the severe economic pressure of the United States, production in Iran has not stopped," Rouhani was cited by state TV as saying.

U.S. President Donald Trump withdrew Washington from the Iranian 2015 landmark nuclear deal in 2018 and reimposed unilateral sanctions on Iran's financial and energy sectors seeking to press Iran for renewed nuclear deal and a curb in its ballistic missile program. Tehran, however, dismissed U.S. calls and vowed resistance against the pressures.