Is Trump wrong about The Lancet in his letter to WHO?
By Gong Zhe 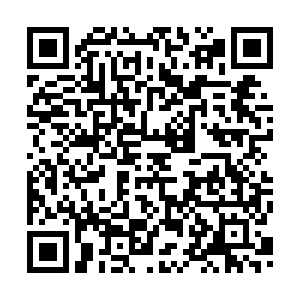 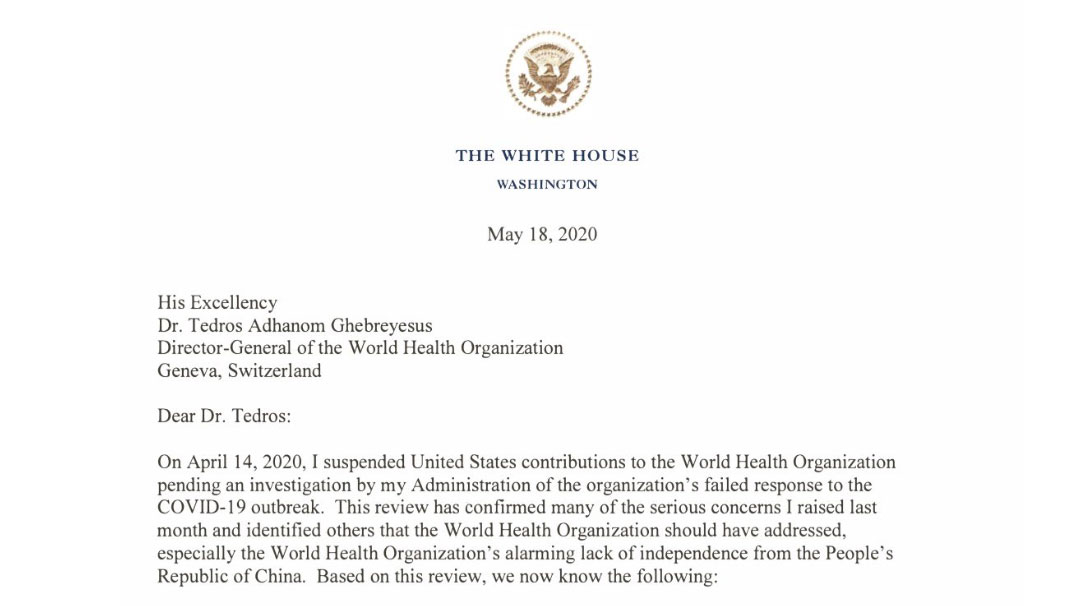 The Lancet, a renowned medical journal based in the UK, has said that U.S. President Donald Trump made a mistake in his letter blasting the WHO for what he claimed as wrongdoings of the organization.

The Lancet's statement, published on its official Twitter handle, pointed out a specific sentence in Trump's letter.

"The World Health Organization consistently ignored credible reports of the virus spreading in Wuhan in early December 2019 or even earlier, including reports from the Lancet medical journal."
-  Trump's statement highlighted as "factually incorrect" by The Lancet

The journal said they never published a report in December about the coronavirus outbreak in Wuhan "or anywhere else in China," adding that the first such report was actually published on January 24, 2020.

The Lancet statement also noted that the first two reports about the outbreak were both written by researchers in China and Hong Kong, China's Special Administrative Region (HKSAR).

"The allegations leveled against the WHO in President Trump's letter are serious and damaging to efforts to strengthen international cooperation to control this pandemic," the statement concluded, urging all reviews of the pandemic response to stick to the truth.

It is possible, as suggested by some, that The Lancet has misunderstood Trump's letter. The time span "December 2019" in the quote may refer to the time of the outbreak instead of the publication of a report on The Lancet.

Some comments under The Lancet tweet noted the possibility.

"That's why the writer of the letter (whoever that may be) used a comma!" replied by @DirkMonsieur, a Twitter handle seemingly owned by a psychiatrist in Belgium. 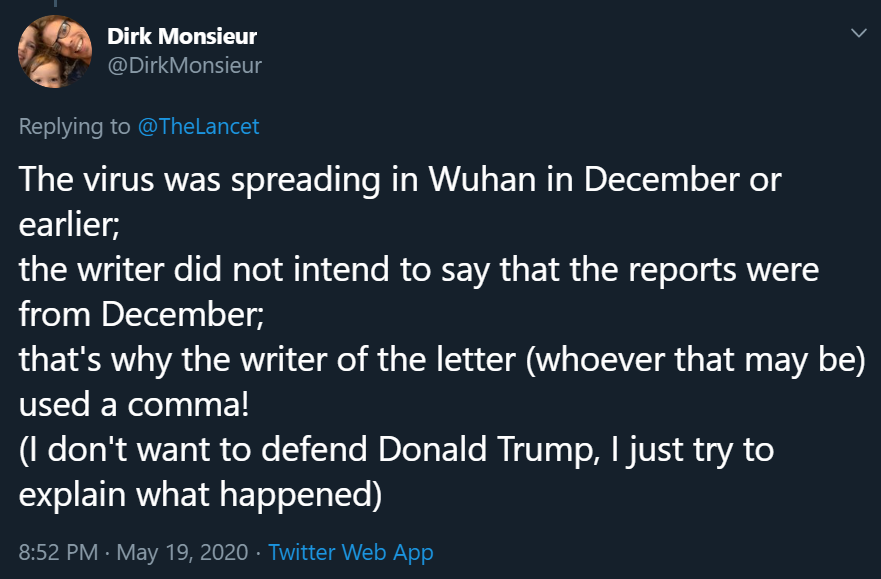 But The Washington Post reported that Trump's letter "could have been imprecisely phrased." This could be true since Trump has made grammar and spelling mistakes in his tweets before.

After The Lancet called out the mistake, some media outlets started fact-checking on the rest of the claims made by Trump in the letter.

The NPR also listed multiple errors in other parts of the letter. One such error pertains to Trump's displeasure over WHO's praise for China on January 28.

What's interesting is that even Trump was applauding China for being transparent around that time - not once, but many times!

The Washington Post published a list of praises Trump heaped on China in a matter of just two weeks.