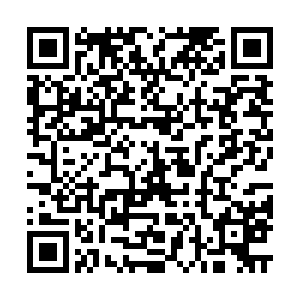 Global forecasting and data analysis institution Oxford Economics said in a recent report that the coronavirus recession will cause U.S. President Donald Trump to suffer a "historic defeat" in November's re-election, CNN has reported.

According to the national election model released on Wednesday, Trump will lose just 35 percent of the popular vote. It is a sharp reversal from the model's pre-COVID-19 prediction that Trump would win about 55 percent of the vote.

The model is calculated based on data related to unemployment, disposable income and inflation.

"It would take nothing short of an economic miracle for pocketbooks to favor Trump," the report wrote.

Later on Wednesday, the U.S. president lashed out at China over the coronavirus pandemic.

"China is on a massive disinformation campaign because they are desperate to have Sleepy Joe Biden win the presidential race," he claimed in a tweet.

He also attacked the "spokesman," which likely refers to China's Foreign Ministry spokesman Zhao Lijian, for speaking "stupidly" on behalf of China, "trying desperately to deflect the pain and carnage that their country spread throughout the world."

He said that "some wacko in China," without saying who, blames other countries for the spread of the virus.

"It was the 'incompetence of China', and nothing else, that did this mass Worldwide killing!"

Speaking at a daily briefing on Wednesday, Zhao pushed back against U.S. criticism, saying Washington had made "many mistakes" and peddled many lies and rumors.

"The U.S. has seemingly forgotten that in the past, U.S. leaders have repeatedly and publicly praised China's anti-epidemic work," Zhao said. He blamed U.S. politicians "who want to shift the blame but can't shift it away."