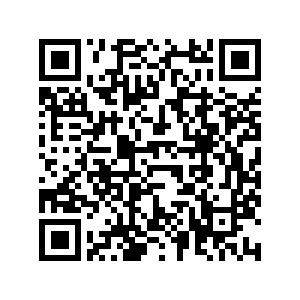 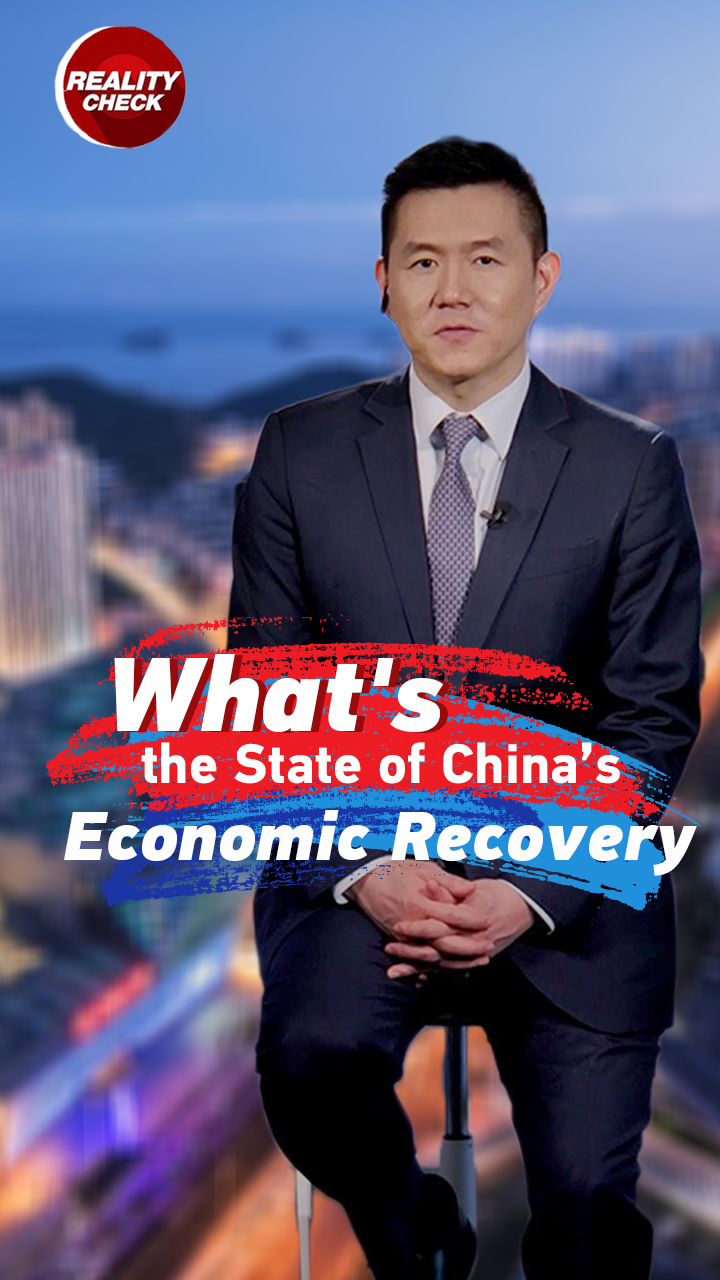 Editor's Note: What is the state of China's economic recovery post-pandemic? Do the economic numbers reflect the challenges and opportunities on the ground? In this episode of Reality Check with Wang Guan, CGTN anchor Wang Guan breaks down some key economic data, and discusses the prospects of the world's second largest economy with World Bank's China Director Martin Raser and Chief Economist  of Asia Pacific at Vanguard Strategy Group Wang Qian.

Official surveys show that 99 percent of China's large industries and 84 percent of small and medium-sized enterprises had reopened by mid-April. Industrial production, a major gauge of factory activity, grew by 3.9 percent from a year earlier, recovering from a recent drop. That growth rate, by the way, is twice as fast as most economists expected.

Another measure of economic activity is investment. In April, China's investment in fixed-assets such as machinery and land rose, so did property investment and infrastructure investment, though all are still below pre-pandemic levels. There is a slower recovery on the demand side.

In April, retail sales, a gauge of consumer spending, fell by 7.5 percent year on year. Overseas demand has also been weak as many countries are still battling the coronavirus.

In other words, Chinese factories are churning out clothes, toys and electronics faster than consumers in China or overseas want to buy them. Given the uncertainties abroad, many are looking to China's parliamentary "Two Sessions" to provide more fiscal measures to stimulate domestic consumption.

Another concern is jobs. The official urban unemployment number in April is six percent, slightly higher than 5.9 percent in March. But as you will soon hear from economists, this number may not include everyone who's out of work.

A silver lining of this pandemic is the expansion of China's digital economy, with online sales, teleconferencing and online entertainment thriving amid social distancing orders.

Before COVID-19, China was already a digital leader – accounting for 45 percent of global e-commerce transactions. After COVID-19, bricks and mortar retail sales plummeted but online sales rose three percent in the first two months of 2020.

At the height of COVID-19, Alipay and WeChat supported the Shanghai government's "Suishenma" health QR code launch to help contain the spread of the virus.

Now back to the big question, what must China do to sustain its economic recovery? How can it balance reopening the economy and preventing a second wave of the outbreak?

Wang Guan: How do you look at China's economic recovery so far? What will its growth look like in 2020?

Wang Qian: I would say, what you gonna see the interesting phenomena is that even though over 90 percent of the factories, shops, restaurants has already been reopened, but they are likely to operate at a much lower level because of the demand shock.To that extent, we are not expecting a very sharp, quick rebound in second quarter. In our forecast, we are looking for the economic growth after the 6.8 percent decline in the first quarter to still record a modest contraction in the second quarter, essentially flat.

And then it will be only in the second half that you start to see more meaningful recovery of the Chinese economy. One, the global economy will recover from the recession and two we will be expecting more stimulus, especially on the fiscal side, to kick in to boost up the domestic demand.

But I think the good news is that China will still be the first one to recover from this whole coronavirus thing relative to the rest of the world.

Wang Guan: What further stimulus can be expected from China's Two Sessions and your opinion on China's policy priorities right now?

Wang Qian: Before the coronavirus, everybody was talking about five percent to six percent growth target. But I think we probably should have a much lower growth target this year. That would increase the tolerance for slower economic growth because I think the policy here is trying to cushion the downturn instead of over -stimulating the economy.

Because I think the positive experience has already shown that it's probably too costly to over-stimulate, especially over-reliant on the monetary policy front.

Wang Guan: How important is consumer spending when it comes to the role of consumption in boosting the Chinese economy? Do you think it is becoming even more important as external demand weakens?

So I think there is a lot of potential for China to boost up consumption in the long term. And I think this is where we see the future of Chinese economy. You have to rebalance the economy away from exports, away from investment towards domestic consumption.

That's where I think it's about the long term goal of growth rebalancing. In the near term, I would say, relatively speaking, consumption is less volatile, is more stable compared to other components of the economy, such as investment or exports.

Wang Guan: China's March urban unemployment rate is 5.9 percent. How do you interpret this official number? What needs to be done to address the issue of unemployment?

Wang Qian: Actually it is still underestimate the pressure in the labor market. I think one, it failed to capture the migrant worker who lose their job and then they just go back to their home in rural area. And then they dropped out from the employment survey. They are not counted as unemployed anymore.

The second thing is that I think it failed to capture the under employment in many of the business, especially in many of the state-owned enterprises, you saw that people are still employed. They still have their job, but they are not working. So that's underemployment. That's not being captured in the 5.9 percent unemployment rate.

I think the one of the silver lining is that a lot of the job loss actually is temporary. It's temporary because this is coronavirus shock, shops, restaurant, factory, they locked down. And the global recession in our model forecasts will last just for two quarter.

So the jobs will come back.

And then there are also questions about damages done by the coronavirus to global demand, U.S.-China tensions and geopolitical uncertainties. For that, I talked to Martin Raser, Country Director for China at the World Bank.

Martin Raser: I think there's not much in the short run that China can do about the state of global demand. That depends much more on the actions that other countries take to achieve their containment, and to be able to reopen their economies.

If that happens in the second half of the year, then I think China can look forward to recovery of external demand, which will help its own recovery. But because that's uncertain, I think China can't wait for that and needs to do more stimulus at home. That's what I, or support to the recovery at home.

That's what I talked about earlier, when I spoke about green investment, when I spoke about more social transfers, particularly to migrant workers to unemployed that you know, are likely to use additional money for consumption because they don't have a lot of savings. So, that's on the economic side.

I think on the broader question of how to deal with a hostile environment, I think the answer is more opening-up. The answer is more transparency. You know, invite the world to see that you've done nothing wrong. Show them, you know that you're open for business, you're open for business on transparent and equal terms that, you know, you care about the rule of law, that you care about foreign investment.

And I think we've just seen over the past year a number of initiatives to make it easier for foreign investors to come in that financial sector in a number of other areas. I think that's the right way to go. You want the impression of the world to be a China that in the face of criticism isn't defensive and doesn't close down, but says okay, let's talk about it.

Sometimes you have good points to make. Sometimes we will disagree with you but at the end of the day, we are interested in, you know, being a business partner and opening our economy in continuing to benefit from the opportunities that we have by trading with each other, by investing.