Analysis: It's bad timing for China-U.S. trade war to flare up again
CGTN 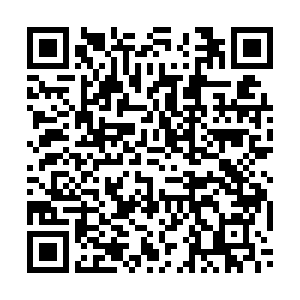 Mutual blame over the spread of COVID-19 epidemic has reignited tensions between the United States and China, with the former flaring up to intimidate to tear apart an already fragile, swinging trade truce between the world's biggest economies.

But the pandemic has left the global economy in a much more precarious position than it was when the two countries began sparring over trade two years ago. And neither can afford the damage another full-blown trade war would inflict, CNN reported.

Nearly three million more American people filed for unemployment benefits in the week ending May 9, according to the U.S. Department of Labor as the COVID-19 pandemic continues to batter the labor market. Due to the spreading coronavirus pandemic. China's economy posted its first contraction in decades, contracting 6.8 percent year-on-year at 20.65 trillion yuan (about 2.91 trillion U.S. dollars) in the first quarter of 2020.

"Clearly, the timing of renewed trade tension could not be worse, the threat of higher tariffs and the intensifying technology cold war could yet disrupt technology trade and investment, de-powering what still promises to be an engine for recovery in 2020," CNN reported citing economists from S&P Global Ratings earlier this month.

China and the United States eventually clinched after 22 months of on-again-off-again negotiations in January. The trade deficit, intellectual property (IP), and "forced" technology transfer are among the top items in the deal. It reduced some of the tariffs each side had placed on the other while allowing Beijing to fend off additional taxes on 160 billion U.S. dollars worth of goods. China pledged to buy at least an additional 200 billion U.S. dollars of U.S. exports over the next two years.

That has been somewhat in uncertainty allowing for the lackluster global economy, Trump's aggressive rhetoric against China over COVID-19, and China's dented consumer demand. But luckily, China has been ramping up efforts to roll out a package of stimulus policies to awaken the clobbered economy, and that already works to some extent.

But Trump apparently does not have the patience to sit tight for two years to find out whether China will fulfill its promise as an election in November may take off his crown. He has to do something "extraordinary" for public support, which analysts have explained as one reason for his increasingly harsh rhetoric toward Beijing.

"Look, I'm having a very hard time with China," Trump said during a phone interview Friday with 'Fox and Friends.' "I made a great trade deal months before this whole thing happened ... and then this happens, and it sort of overrides so much."

Earlier this month, Trump hinted that the United States could impose more tariffs on China as punishment for the spread of the pandemic, without providing any authentic evidence that a Wuhan lab was the virus' origin.

After trying to strangle Huawei with a serious measure, including putting the company on its commerce department entity list a year ago, banning American companies from trading with Huawei, the U.S. on May 15 went a step further to limit the Shenzhen-based company's access to global semiconductor supplies.

Under the new restriction imposed by the U.S. Bureau of Industry and Security, foreign companies that use U.S. chipmaking equipment will have to obtain a U.S. license before supplying certain chips to Huawei. Meanwhile, Huawei is required to receive licenses from the U.S. Commerce Department to continue to receive some chipsets or use some semiconductor designs tied to certain U.S. software and technology.

Despite Washington's attempts to restrict Huawei's development with new export controls, the Chinese tech giant remains confident and optimistic with plans underway to find solutions to the new roadblocks.

An escalation of trade tensions could even morph into destructive conflicts that drag down the world's recovery from the pandemic and retard critical technological innovations, CNN reported.

The COVID-19 is dragging the global economy into its deepest slump since the Great Depression, bringing world GDP down by 3 percent, according to the International Monetary Fund on April 14. It said a recovery beyond that is far from certain and could take years.

"It is hugely important for us to resist what may be a natural tendency to retreat behind our borders," IMF Managing Director Kristalina Georgieva noted when asked how China-U.S. tensions could jeopardize the global economy at an online event hosted by the European University Institute.