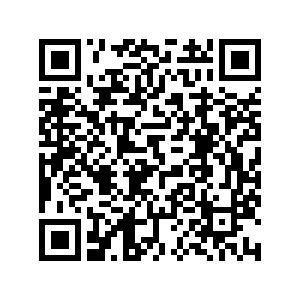 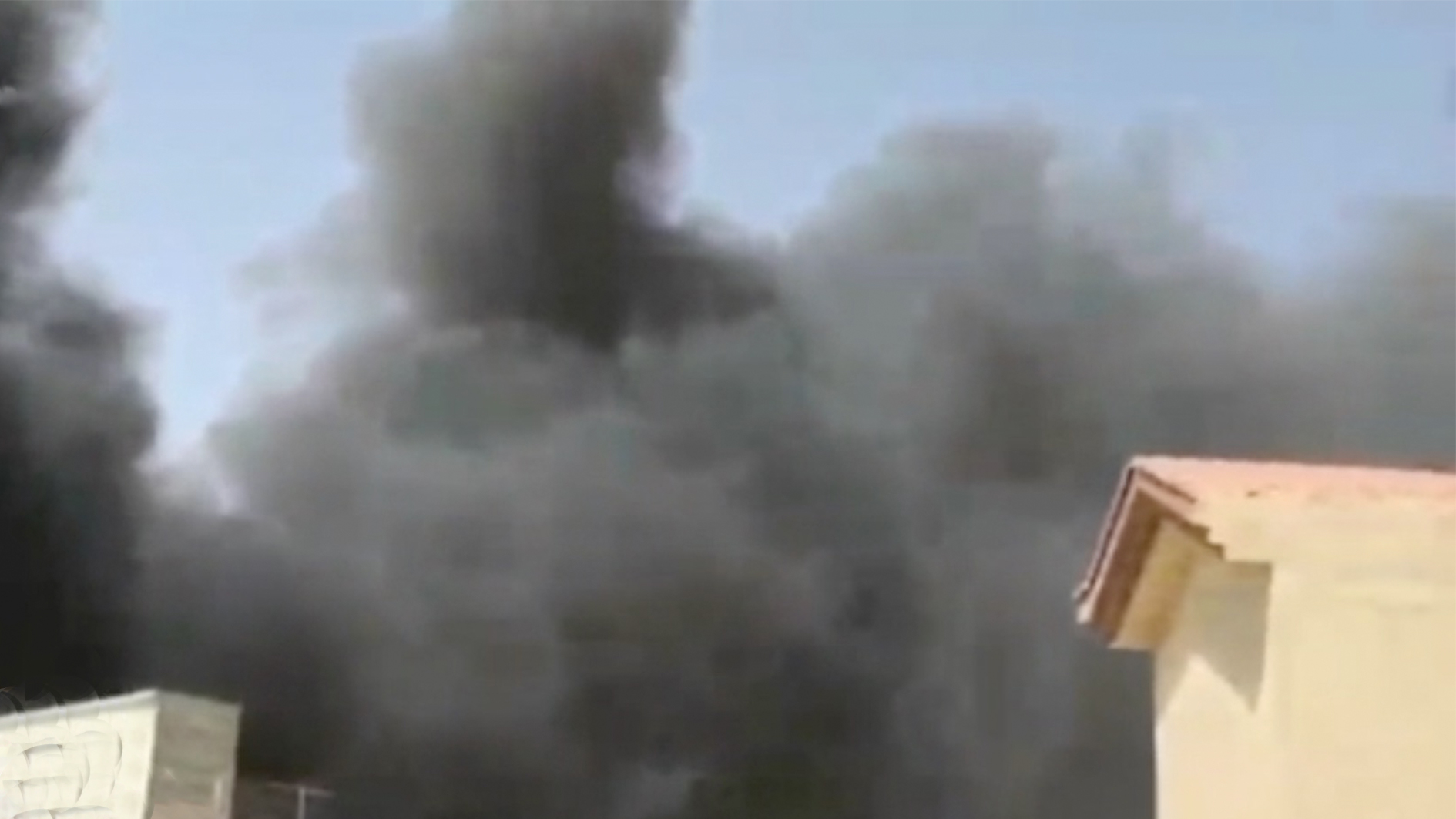 The flight data recorder from the ill-fated Pakistan International Airlines (PIA) plane that crashed in the southern Pakistani port city of Karachi Friday has been found, local media reported citing an official on Saturday, as the death toll rose to 97.

There were two survivors from onboard the aircraft, while no fatalities were reported in the densely populated area of the city where the aircraft crash-landed on Friday.

Earlier, Karachi City Mayor Waseem Akhtar said there were no expected survivors among the people onboard.

The state carrier said flight PK 8303 crashed with 99 passengers and eight crew members on board, though civil aviation officials said the total for both may be 99.

The Chinese embassy in Pakistan said no Chinese nationals were on board.

Pakistani Prime Minister Imran Khan sent condolences to the families of the deceased on Friday and ordered an immediate inquiry into the incident.

The aircraft, a 15-year-old Airbus A320, took off at 13:08 local time in the eastern city of Lahore, and lost contact with air traffic control at Jinnah International Airport at 14:37. The plane then went down near a residential area in Karachi at 14:45. It was on its way to Karachi when the incident happened.

The plane crashed into a residential area with clouds of thick, black smoke billowing from the site, according to images circulated on social media.

Several buildings and cars were also damaged. Some residents nearby were also reportedly injured.

Following the report of the crash, the Pakistani military said security forces had been deployed to the area and helicopters were being used to survey the damage and help rescue operations.

Pakistan's aviation minister on Saturday promised compensation for the family members of victims killed in Friday's plane crash, as he visited the site where the passenger plane came down. 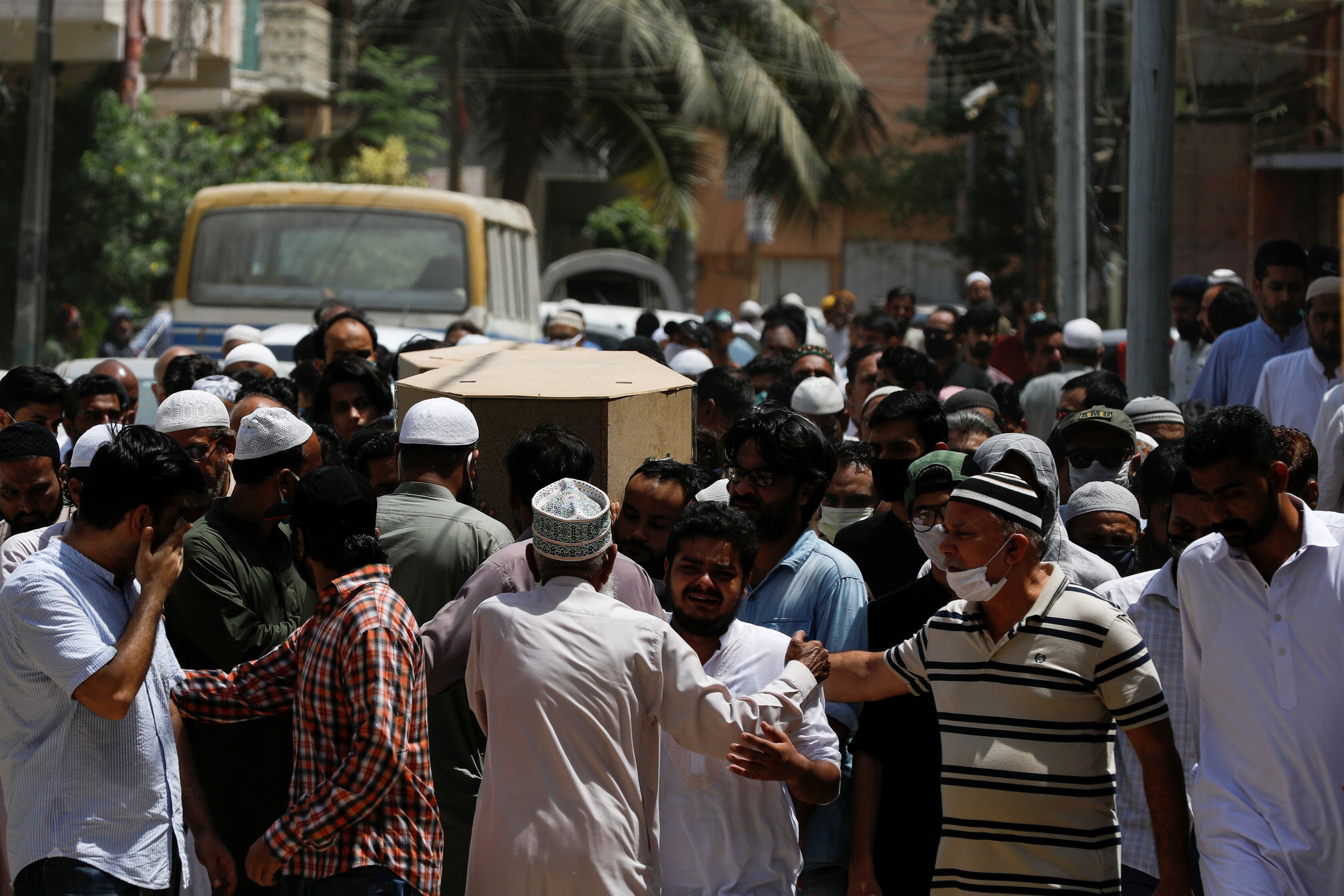 Men comfort each other as they mourn and carry the coffins of their relatives, a married couple, who were killed in a plane crash, during a funeral in Karachi, Pakistan May 23, 2020. /Reuters

Men comfort each other as they mourn and carry the coffins of their relatives, a married couple, who were killed in a plane crash, during a funeral in Karachi, Pakistan May 23, 2020. /Reuters

According to a media report, a technical fault might have led to the tragedy.

"The last we heard from the pilot was that he has some technical problem," PIA spokesman Abdullah H. Khan said in a video statement.

It appeared the plane was unable to open its wheels due to a technical fault prior to landing, a senior civil aviation official told Reuters, adding it was too early to determine the cause.

According to a recording posted on monitoring website liveatc.net, the pilot of a crashed PIA jet sent a distress signal and told controllers the aircraft had lost power from both its engines on its second attempt to land, but there was no further communication from the aircraft.