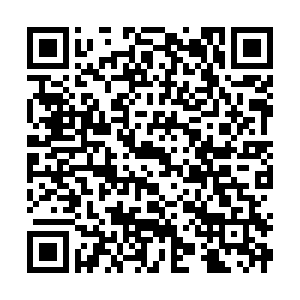 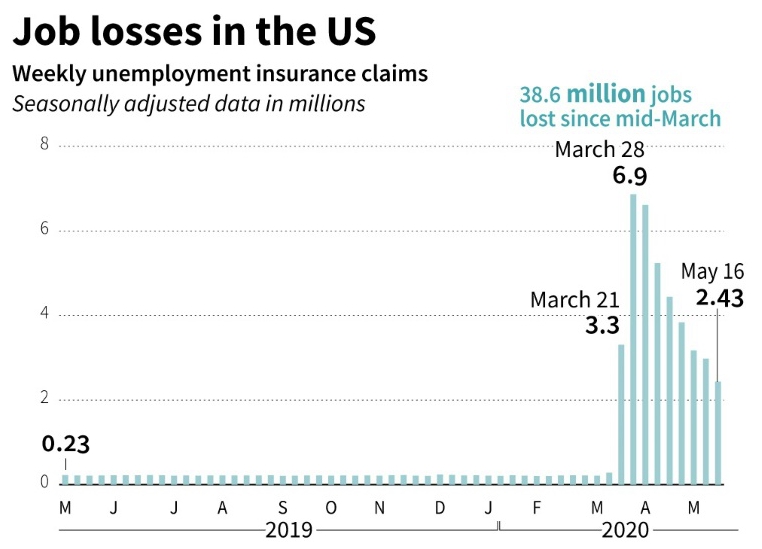 Weekly claims for unemployment insurance in the U.S. since May 2019. /AFP

Weekly claims for unemployment insurance in the U.S. since May 2019. /AFP

President Donald Trump on Thursday pressed for a broader reopening of the United States as coronavirus-related job losses mounted and the country is heading into the next phase.

The crisis of course is far from over. Russia and Latin America now is emerging as the next virus hotspots.

But Trump, with an eye on his re-election prospects in November, made it clear that he hoped more state governors would move toward a loosening of anti-virus restrictions as 38.6 million Americans have lost their jobs.

"We did the right thing but we now want to get going…. you'll break the country if you don't," he told African-American leaders in Michigan, a key election battleground state.

In the U.S., while daily death tolls are no longer on a steady incline, the losses are still mounting, with the total count in the U.S. nearing 94,000. 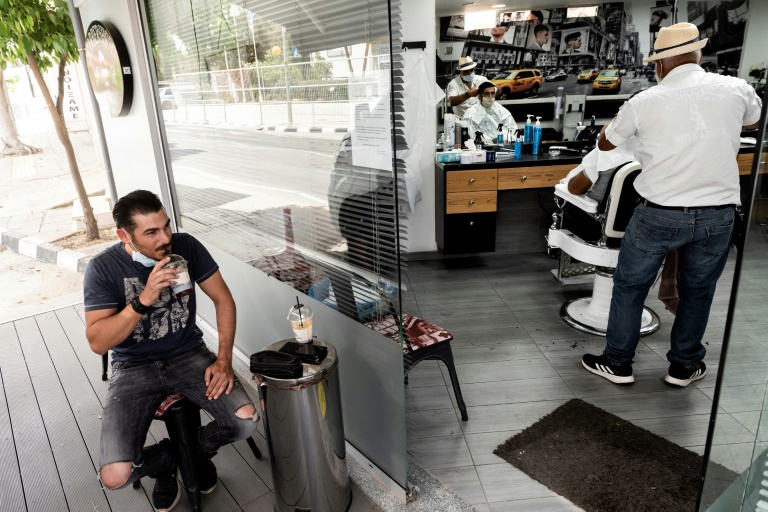 On the eve of Memorial Day weekend – the unofficial start to the American summer – beaches are slowly welcoming sun worshipers, with Virginia Beach due to open Friday.

"We were just tired of waiting to get a normal life again, to get our freedom back. So we rented this big house by the beach," said Anne Miller, an Ohio resident visiting South Carolina.

The same was true in Europe, where Cyprus bounded into its second stage of opening up, lifting curfews and allowing outdoor restaurants, barber shops and beaches to open.

But the Mediterranean island's airports and hotels remain closed.

"I want my work back and my life back," said Sakis Siakopoulos, a restaurant owner in the capital Nicosia.

In Denmark, the exit from lockdown also picked up pace as museums and zoos began reopening Thursday and health officials said the spread of the virus was slowing.

France, one of the countries hit hardest by the outbreak, saw its daily death toll dip to 83 – cause for optimism.

A closely watched survey by IHS Markit indicated that the eurozone economy has now "likely bottomed out" as a result of the lockdowns, sparking hope that a recovery is to follow. 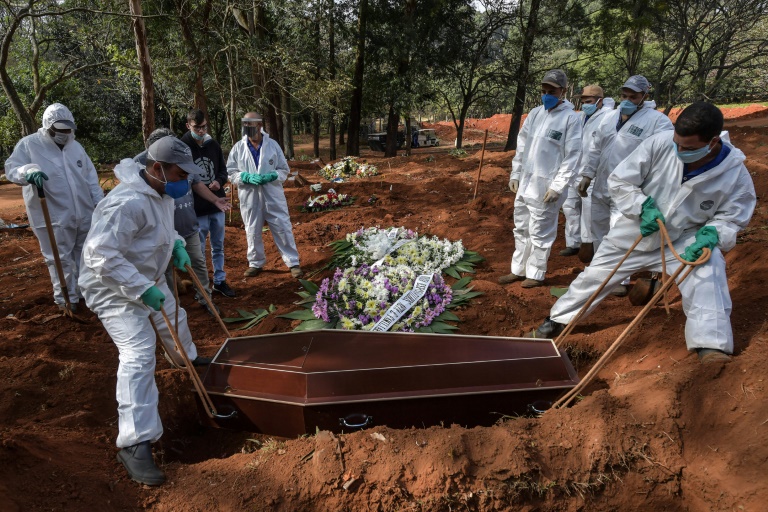 Brazilian grave diggers at the Vila Formosa cemetery on the outskirts of Sao Paulo say it is hard to keep up with their work. /AFP

Brazilian grave diggers at the Vila Formosa cemetery on the outskirts of Sao Paulo say it is hard to keep up with their work. /AFP

However, the news was not positive everywhere. While many European countries have significantly curbed the contagion, Latin America is becoming a new hotspot with cases on the rise.

In Brazil – now home to the third-highest number of cases in the world after the U.S. and Russia – grave diggers at the region's biggest cemetery are scrambling to keep up.

"We've been working 12-hour days, burying them one after the other. It doesn't stop," said one worker at Vila Formosa near Sao Paulo, wearing a white protective suit, mask and face shield.

"It's like a horror film," Miguel Armas, a nurse at the Hipolito Unanue hospital in the Peruvian capital said.