An end to hunger
Zou Yue 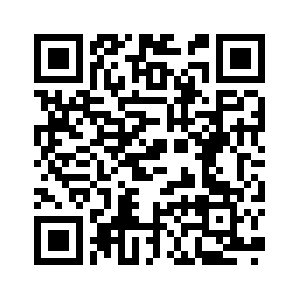 Editor's note: COVID-19 has not stopped China's determination to eradicate poverty in 2020. Ensuring food security has played a crucial part in the poverty alleviation progress. In the fourth episode of CGTN's "Decoding the Future" series, CGTN anchor Zou Yue talks to the "Father of Hybrid Rice," Yuan Longping, and explains how the technology can sustain a better China and world.

Originating over 15,000 years ago, rice is at the heart of human civilization.

It supports industry, inspires culture and feeds more than half of the world's population.

But the world is still struggling with hunger, malnutrition and even famine, so the demand for food is far from being met.

As the world's population is about to reach 9.8 billion by 2050, we need to produce 60 percent more food with less land.

That is not easy.

We need more rice and better rice. To start, let's zoom in to what rice is made of.

This allows it to pollinate itself without the help of bees. But this also means it does not enjoy the genetic diversity of cross-pollination.

Now, imagine there are two types of rice.

Rice A is known for high yields. Rice B is resilient against stresses from the weather. Our goal is to create a super rice C that combines the good traits of both A and B.

That means we need crossbreeding.

We need to stop rice from pollinating itself. Imagine we could find a natural strain of rice A whose male organs are weak… so weak that it has to accept pollen from rice B for reproduction.

And that is what happened.

Now we have a hybrid, with traits of high yield quality from A and weather-stress resistance from B.

We have a hybrid rice.

So the key is to find that rice with a sterile "manhood."

And then they found it.

In 1970, Chinese scientist Yuan Longping and his team found "the magic plant" – a male, sterile rice in the pond shown in the video.

"Rice has heterosis. In the 1960s, I found wild hybrid rice in the field for the first time. At that time, the yield of rice was generally about 200 kilograms per mu (0.06 hectare). The yield for hybrid rice was 500 kilograms, more than twice that of common rice. Wild hybrid rice has big spikes with full grain. I was so ecstatic that I decided to study hybrid rice," Yuan Longping, father of hybrid rice explained.

With yields 20 percent above conventional varieties, his creation can feed 70 million more people each year.

Today, hybrid rice is planted in more than half of the total rice-growing area in China.

It allows the country to feed a quarter of the world's population with 7 percent of its arable land.

Yuan was later given the title of the "father of hybrid rice."

The impact of his technologies goes beyond the national border.

Now hybrid rice is grown in Asia, America and Africa, even in sand and seashores.

"If half of the world's rice fields, that's about 80 million hectares, are planted with our hybrid rice, its estimated that the annual increase of rice yield per hectare would be 160 million tons, which can feed an additional 500 million people," added Yuan.

But there is still room for the technology to make further progress. The good traits of hybrid rice do not pass on to its offspring.

Farmers need to buy seeds every year and learn the technology from experts. That is a big burden for farmers, especially those in poor regions.

But luckily, scientists are making progress again. They have bred third-generation hybrid rice. This means that the application of the technology is going to be much cheaper and easier.

Farming started with human ingenuity. Farmers plowed up the land, drove off pests and dug up weeds. By its very nature, farming manipulates the environment. Farming is not natural.

On the other hand, hybrid rice is the plough of our time. Humans are applying their knowledge of nature to produce more with as few resources as possible.

In this case, hybrid rice has served China well and it could also feed and sustain a better world.