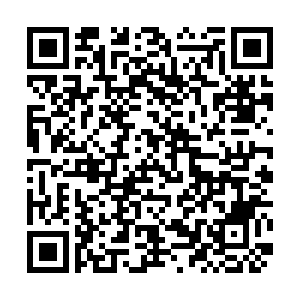 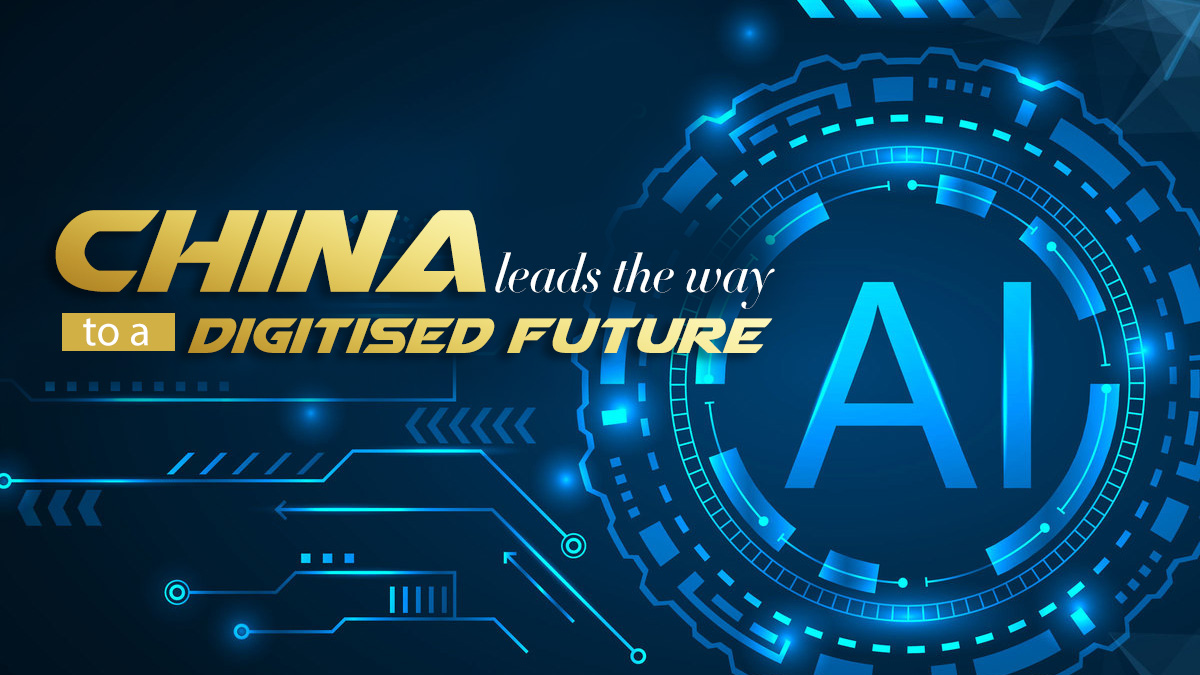 Editor's Note: The COVID-19 pandemic in 2020 has changed the lives of everyone around the world and may even change the global landscape. While Western countries are still struggling with COVID-19, China has started its economic recovery. Here is the fourth piece in our "China In Focus" series during the Two Sessions annual meeting. Freddie Reidy is a freelance writer based in London. The article reflects the author's opinions, and not necessarily the views of CGTN.

5G has suffered by unduly becoming a political consideration. Not only has it been the focus of a long-running feud between the United States and China, it has also become a spurious subject of COVID-19 conspiracy theories. The reality, however, is that 5G is the key to a potentially incredible technological revolution. China is in a race to rapidly roll out the new technology but will COVID-19 and political rancor hamper 5G from becoming the new standard and China at its vanguard?

The global adoption of 4G was a fractured enterprise with a mix of standards between nations and a lackluster introduction stifling the technology's potential. The capacity for the fifth generation in telecommunication, 5G, has though been recognized and this recognition has increased as a result of the challenges presented by COVID -19.

The Global System for Mobile Communications estimates that between 2024 and 2034 5G will contribute 2.2 trillion U.S. dollars to the global economy. Driving this vast contribution is the significance the technology has on facilitating an increasingly digitized world economy, namely, the development of smart supply chains, smart logistics, the empowering of AI, cloud services and advancement of the Internet of Things.

Economically, this could lead to vastly working processes with more adaptable manufacturing bases and a further reduction in reliance on human input. Julian Gorman, head of Asia Pacific for mobile network industry body GSMA, has said that: "How we interact with machines, how we interact between people and between control points is going to change over the next couple of years." Facilitating this transformation is 5G. "5G is the technology with low latency, the ability for lots of connections, high bandwidth, and network slicing. All these components contribute to being able to have a dynamic manufacturing floor."

Such a transformation is not without controversy. JD Retail CEO Lei Xu believes though that "The opportunity the new infrastructure affords can only be secured by adopting a flexible and open-minded approach. But those who do so will enjoy the dividends for themselves and all the society."

The COVID-19 pandemic revealed a global weakness as economies struggled with stretched supply chains, broken transit links and a reduction in industrial output. However, this period of decline in productivity has been comparatively short as technology has enabled a change in the way we work. In China, a study by McKinsey & Co. found that 75 percent of the workforce had already returned to work and 80 percent of Chinese firms have restarted.

This has largely been made possible by big data, tracking and monitoring outbreaks and by easing the flow of goods and people to locations where they are most needed. The Ministry of Industrial Information & Technology (MIIT) recognized the significance of technology in its 18-point road map for China's 5G networks which will offer greater speeds, capacity and reach to all areas of the nation and its people. 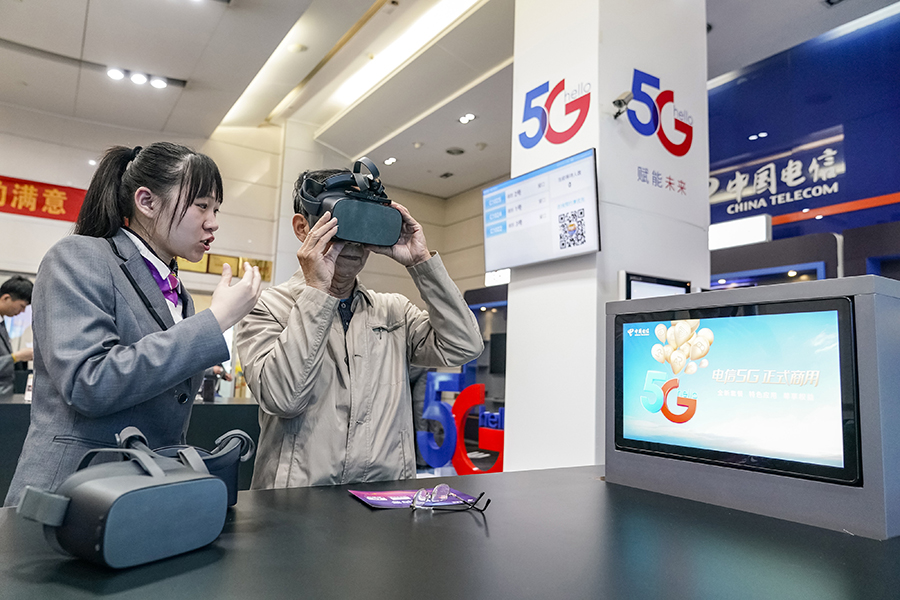 A visitor checks out a virtual reality headset supported by 5G technology at a China Telecom outlet in Beijing. /Xinhua

A visitor checks out a virtual reality headset supported by 5G technology at a China Telecom outlet in Beijing. /Xinhua

In a bid for the maturity of the technology, the pace of the rollout has been substantially increased. In 2019, 113,000 base stations were constructed. This year, that number is set to reach 600,000. China Mobile's chairman Yang Jie has committed 14.3 billion U.S. dollars to 5G investment. The provinces of Guangdong, Guizhou, Yunnan, Hebei and Fujian have all set high construction targets in the tens of thousands for this year as the nation pulls together in a collective endeavor.

It is believed that the rollout and adoption of the technology will not only upgrade China's industrial and economic performance but will ensure the nation's resilience in the face of global crises. The newly enabled "smart" technologies offer far greater flexibility and the potential for industrial output to be directed to areas of the economy most at risk far more rapidly than is presently possible with isolated hard-wired infrastructure.

The MIIT also requested the optimization and promotion of application of 5G in the fight against coronavirus. A recent white paper by Deloitte also revealed that a 5G network satisfies "rapid increases in data volume and mounting demand for remote and HD-video based treatment."

A 5G backed "smart" industrial base also provides the ability for factories to switch to the production of medical supplies as needed, leading to greater efficiencies and an ability to mitigate drops in manpower and output caused by COVID-19 or other threats.

Beyond the Middle Kingdom's borders though, is evidence of a far greater victory. The race for securing the future direction of 5G became a matter of pride, masquerading as a security concern for the United States. As recently as February, the U.S. Attorney General William Barr had suggested that the U.S. and its allies invest in Huawei's competitors in order to reduce Chinese influence. Veiled threats were also made to U.S. allies Germany and the United Kingdom over using Huawei's technology.

Ultimately, these efforts were in vain. U.S. firms such as Motorola were unable to compete with the likes of Huawei or Scandinavian rivals Ericsson and Nokia. Consequently, Washington had to relent, lifting a ban on firms collaborating with Huawei on establishing global 5G standards. This marked a momentous step for China as domestic firms such as Huawei and Oppo will play a significant role in shaping the future of the technology, in a position hitherto dominated by U.S. firms.

Unlike the fragmented rollout of 4G, 5G standardization opens the door to new markets for handset manufacturers and offers the potential for a more interconnected future with enhanced compatibility.

Challenges remain though. Despite relenting on standardization, the U.S. continues to apply pressure to its allies to prevent Huawei from installing infrastructure. The cost of 5G is also a sizeable investment for nations. In emerging markets, adoption will be slow. The president of the Global Mobile Suppliers Association, Joe Bernett, pointed out that "22 network operators are investing in 5G in Africa. However, only 3 have launched commercial services." Furthermore, the continent's leading handset manufacturer Transsion, with a 34 percent market share, does not even offer a 5G handset. These challenges are surmountable given time however.

The dawn of 5G maturation in China marks the next step of the country's economic fruition. The Chinese-led establishment of global 5G standards places the nation at the forefront of the technology and with an imminent network completion, the true potential of the technology will begin to be seen and adopted worldwide.