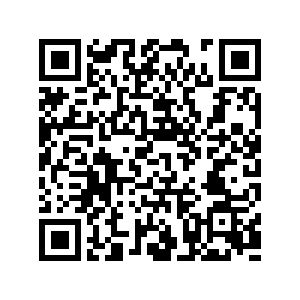 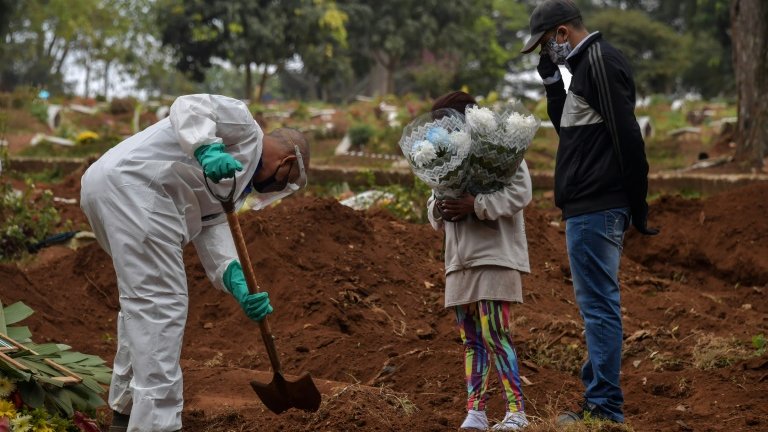 Surges in infections across much of Central and South America continued to drive the global toll higher even as hard-hit nations in Europe, along with the United States, sought to move into a cautious recovery phase with new infections dipping.

Brazil this week become the latest flashpoint as its death toll surged past 21,000, with 330,890 cases. The Latin American giant is now the second most affected country behind the United States, according to the Center for Systems Science and Engineering (CSSE) at Johns Hopkins University (JHU).

Other countries in the region, including Mexico, Chile and Peru, are also struggling to contain major outbreaks.

The first confirmed case in Latin America was identified in Brazil on 26 February, although researchers have said there are indications that there were cases there as early as January.

"In a sense, South America has become a new epicenter for the disease," said WHO emergencies director Mike Ryan.

Clearly there was a concern across many of those countries, but clearly "the most affected is Brazil at this point," he added.

Most of Brazil's cases are in densely populated Sao Paulo, but the highest rate of infection is in the state of Amazonas, where there are about 490 people infected per 100,000 population, he said. 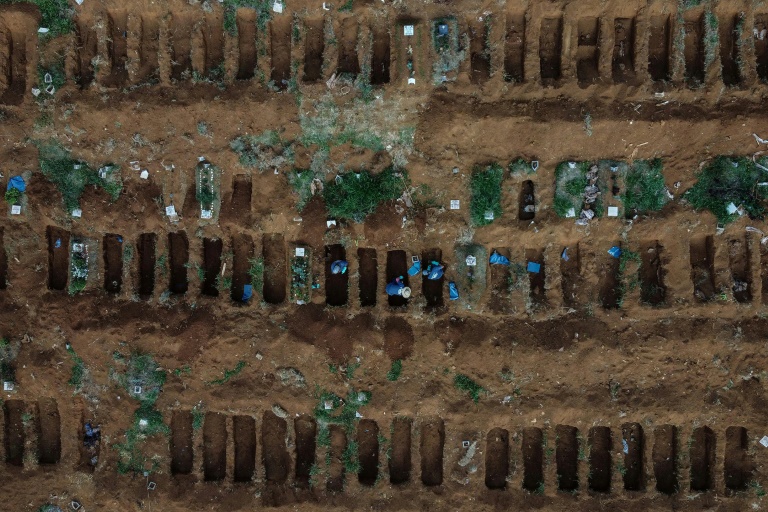 Grave diggers at a cemetery outside Brazil's Sao Paulo. /AFP

Grave diggers at a cemetery outside Brazil's Sao Paulo. /AFP

Unlike in Europe and the United States, where the elderly were hardest-hit, a significant number of deaths in Brazil were among younger people, who are often driven by poverty to work despite the dangers.

"Since Brazil has a younger population, it's normal for the number of cases to be higher among under 60s," said Mauro Sanchez, an epidemiologist at the University of Brasilia.

What's perverse was that a lot of the people were exposing themselves to the virus because they didn't have a choice, said Sanchez.

As the toll mounts, grave-diggers at a cemetery outside Sao Paulo were scrambling to keep up.

"We've been working 12-hour days, burying them one after the other. It doesn't stop," said one worker at Vila Formosa, wearing a white protective suit, mask and face shield.

Trump calls for churches to reopen

In Washington, President Trump is pushing for the country to reopen as he tries to reverse an economic free fall playing out months before he faces reelection. This is even as the death toll continues to rise in the world's hardest-hit country, where COVID-19 had claimed almost 96,000 lives as of Friday according to JHU. 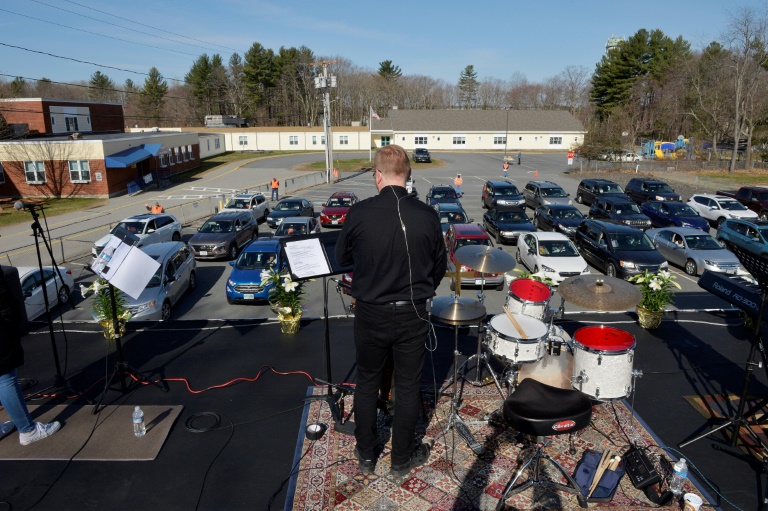 An outdoor, drive-in church service forced by the coronavirus pandemic in April at the First Baptist Church in Plaistow, New Hampshire. /AFP

An outdoor, drive-in church service forced by the coronavirus pandemic in April at the First Baptist Church in Plaistow, New Hampshire. /AFP

Trump on Friday labeled churches and other houses of worship as "essential" and called on governors nationwide to let them reopen immediately this weekend even though some areas remain under coronavirus lockdown.

"The governors need to do the right thing and allow these very important essential places of faith to open right now, for this weekend," said the president who counts religious conservatives as a core of his electoral base.

The president threatened to "override" governors who defy him, but it was unclear whether Trump had any authority to force them to do so.

As U.S. begin to emerge gradually from lockdown, governments elsewhere were still struggling to balance measures to halt the virus and stave off a possible second wave of infections, with moves to reopen their battered economies.

Britain confirmed Friday that it would impose a 14-day quarantine on international arrivals in addition to its ongoing social distancing rules. 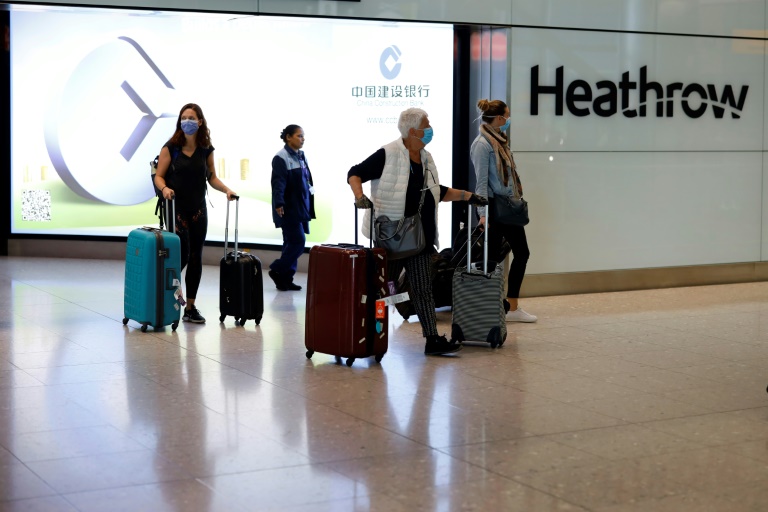 Britain confirms to impose a 14-day quarantine on international arrivals in addition to its ongoing social distancing rules. /AFP

Britain confirms to impose a 14-day quarantine on international arrivals in addition to its ongoing social distancing rules. /AFP

Serbia officials said one of Europe's biggest music events, the Exit Festival in Novi Sad, could go ahead in August as planned, and in Italy, Florence's famous Duomo cathedral reopened to the public on May 22 for the first time since March.

France decided that it was safe to hold a delayed second round of municipal elections on June 28, and the Czech Republic said the epidemic remains contained there, two weeks after shopping malls, cinemas and restaurant terraces reopened.

But in Russia, authorities reported the highest ever daily death toll of 150, suggesting COVID-19 is not yet under control in the world's biggest country by area.

"There will be a significant mortality increase in May," Russia's Deputy Prime Minister Tatiana Golikova told a government meeting, vowing that doctors would try to "save the maximum number of patients."