Living under the COVID-19 cloud: The Asian-American community
Ediz Tiyansan 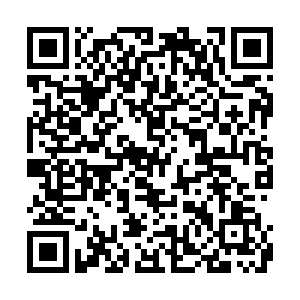 COVID-19 pandemic has been tough on all of us. Whether you lost a loved one, or your job, or just your social life, it's taken a toll on everyone in varying degrees. But the Asian-American community, in particular, has been feeling the brunt in a completely different and unexpected way.

For Tanny Jiraprapasuke, that wake-up call came on a subway train on a Saturday night. She was returning from a "mindfulness" workshop with friends, when a seemingly intoxicated male got on board, she told CGTN. Standing right across from Tanny's seat, he started going on a rant about Chinese people, blaming them for the virus.

Gradually, he raised his voice using more vile words, as his body language turned more aggressive. But as an American with Thai roots, Tanny had not really been paying much attention.

This was until her friend sitting next to her said he had been looking at her all along. Only then did Tanny realize, this was about her. And as this string of insults carried on for nearly 10 minutes, Tanny pulled out her cellphone to discreetly film the incident.

She got increasingly worried about the situation, as she wasn't sure getting off the train would make her any safer. She looked around for allies, but most people diverted their gaze or looked down.

The perpetrator went on uninterrupted with racial slurs until he got off at his destination, leaving Tanny scarred for a long time, she told CGTN in an interview.

She wasn't immediately sure what to do about it. She didn't report it to the authorities, but knowing she was just exposed to a racial attack, she was determined to talk about it.

She posted the video online, which was quickly picked up by the national media. She found herself on a live interview on CNN and her incident was quoted in many articles.

The story of increasing anti-Chinese sentiment within the society has been reported by many outlets, and yet little has been done to address the issue.

In fact, Tanny said some of her other Asian friends (not just Chinese) had also been subject to similar verbal attacks on the streets. She felt this may be happening much more often than others realized.

Ruth Chung, a Professor of Clinical Education at the University of Southern California, has also noticed an increasing trend of anti-Chinese sentiment stemming from the pandemic, taking a toll on the larger Asian-American Community.

Chung said that President Trump's repeatedly referring to COVID-19 as the "Chinese virus," did not really help.  There had been many challenges and push backs to that, and yet there seemed to be deliberate choices in the terminology that is used, calling it the "Wuhan virus" and the  "Chinese virus," she told CGTN.

Regardless of whatever political reasons there may be for that rhetoric, many experts agree that such terminology fuels racial tensions within the American society.

If there's one silver lining in that horrific experience Tanny had to go through, it may be the sense of solidarity that came out from it. Tanny said that during the incident, instead of putting herself on the defense mode by clarifying her Thai identity, she took the punches for the whole Asian-American community.

Tanny said the attack made her feel that she's part of a larger (pan-asian) identity she stood in solidarity with. And it seemed, speaking up about these incidents and staying united against them might be the best way to confront the dangerous trend.