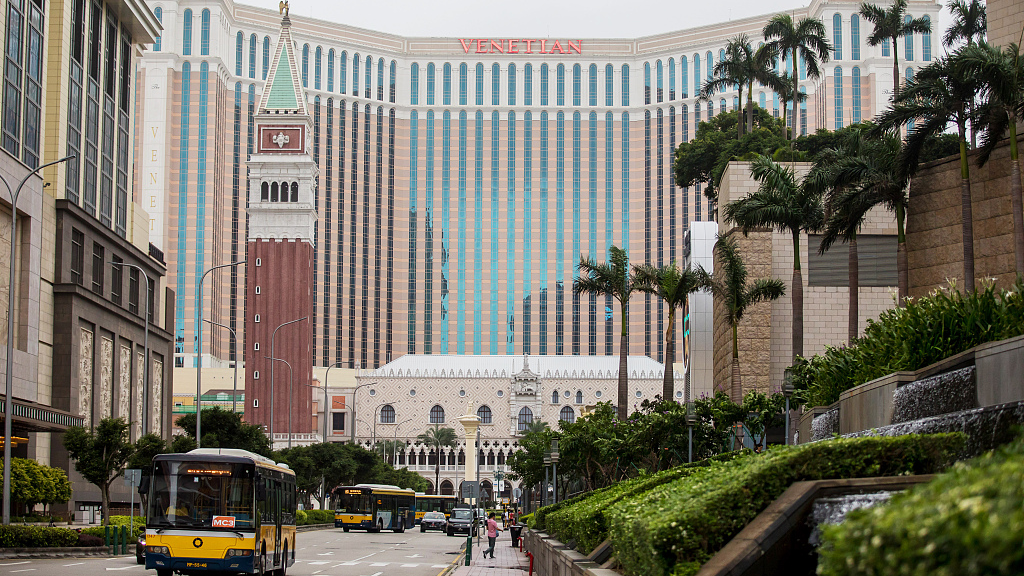 According to the Statistics and Census of the Government of Macao Special Administrative Region (SAR), the total consumption of tourists excluding the gaming industry in Macao in the first quarter of 2020 was 4.48 billion yuan (700 million U.S. dollars), with 70.4 percent drop year on year due to the coronavirus hit.

Visitor arrivals declined by 68.9 percent year on year to 3,219,170 in the first quarter, whereas the average length of stay of visitors went up by 0.3 days to 1.4 days. The Tourist Price Index (TPI) went down by 1 percent in comparison to last year.

The Gaming Inspection and Coordination Bureau of Macao said in its most recent report that the revenue from gaming stood at only 95 million U.S. dollars in April, with a large decline of 96.8 percent compared to a year earlier.

In order to stimulate Macao's tourism to recovery and boost the economy, the Macao SAR government released a three-phase plan of supporting the tourism industry on the first plenary meeting of the year last week.

According to the plan, the first phase starts to build up Macao's image and to broaden its publicity at home and abroad. In the second stage, the Macao Government Tourism Office (MGTO) plans to provide free half-day tours for overnight visitors after COVID-19 visitor entry curbs have been eased.

In the third phase, the government will also provide "preferential measures for transportation networks" such as airlines, ferries and cross-border bus operators as a part of its economic recovery measures for the tourism sector which has been severely affected by the impact of the COVID-19 pandemic.

The Tourism Bureau said that in addition to the three stages of the tourism recovery plan, it is also in communication with the tourism industry to organize a Macao local tour and Hengqin tour to help recover the economy.