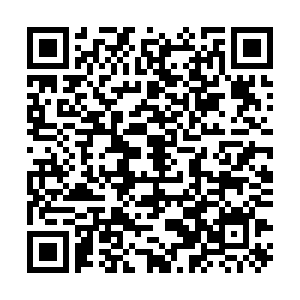 "At first, nobody cared about this disaster. It was just a wildfire, a drought, the extinction of a species, the disappearance of a city until the disaster affected everyone..."

This sentence is the beginning of a Chinese popular sci-fi book "The Wandering Earth." Guan Qijun used it in a pre-lecture mini-speech and then started her class on the dot at 8:00.

And she did all of this virtually, using just a phone and laptop.

When China was hit by the COVID-19 pandemic early this year, the online teaching class officially opened on March 2. Since February, Guan has reached out to her students on social media, telling them about pandemic prevention knowledge, as well as supervising the quality of their homework. 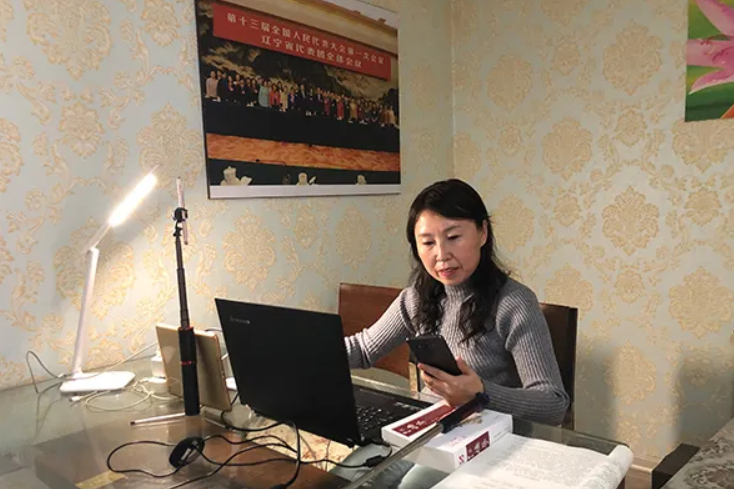 As a Chinese teacher who works at No.13 Middle School in Anshan, Liaoning Province, Guan Qijun is also a deputy to the National People's Congress (NPC). In her view, this pandemic is also an opportunity to guide her students to establish positive value sets and perspectives to look at life.

"In the face of the epidemic, we are not bystanders," said Guan. Through sharing the pandemic frontline stories, she also encouraged her students to write down what they think and how they feel, and to even take part in essay competitions.

"Home-based learning does have many problems and deficiencies from the perspective of teaching, but we also found that home-based learning could give students more space to develop their independent learning ability and integrative competence," said Cao. 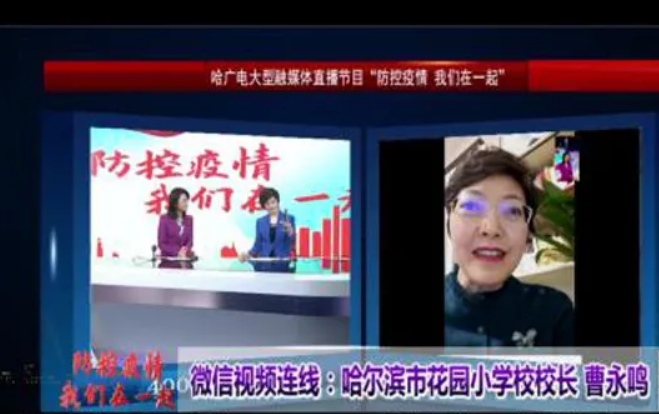 The teachers at Garden Primary School recorded hundreds of short videos of teaching content, and each video is no longer than eight minutes. This ensures that students at home have an abundance of resources to count on.

What's more comforting is that Garden Cloud Classroom also provided one-on-one tutoring service to children whose parents are medics sent to support Wuhan, the once epidemic epicenter in China.

Yet not all the students are lucky enough to receive online teaching in a timely manner. For those who live in rural areas with economic limitations, not going to school means the cease of education. 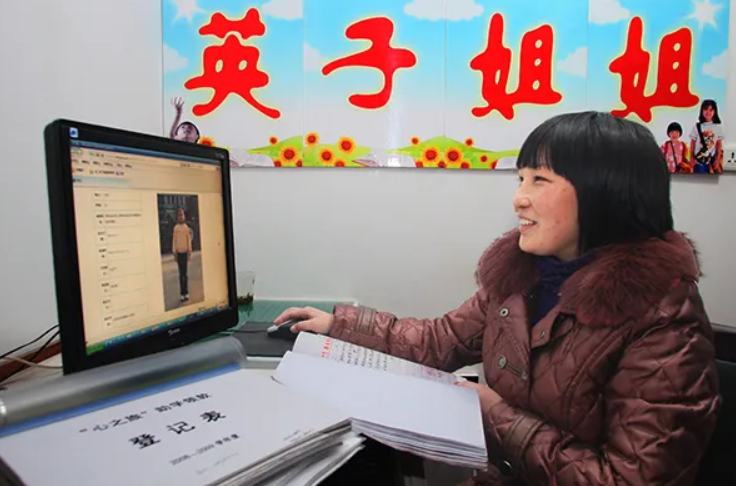 While the banner on the wall saying "Sister Yingzi", NPC deputy Liu Faying uploads a student's information online as part of her campaign to help children with economic difficulties. /National People's Congress

While the banner on the wall saying "Sister Yingzi", NPC deputy Liu Faying uploads a student's information online as part of her campaign to help children with economic difficulties. /National People's Congress

"Sister Yingzi" is Liu Faying's nickname online. The reason why people call her in this way is because she helped many students living in remote areas to obtain educational opportunities. Through online campaign and fundraising, Liu Faying helped more than 20,000 students.

And her charity act hasn't stopped during the pandemic. She realized in some extremely poor regions, many children might not have the necessary internet in place to go online and receive education, she raised 500,000 yuan to help 248 students continue their education remotely.

"I am an NPC deputy. People elected me, and I will do what I can for them. Crisis tests our original intentions, yet we need to take responsibility," said Liu.