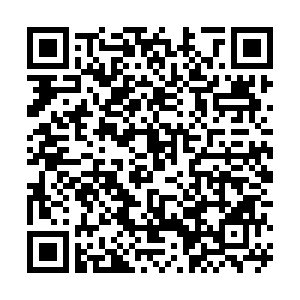 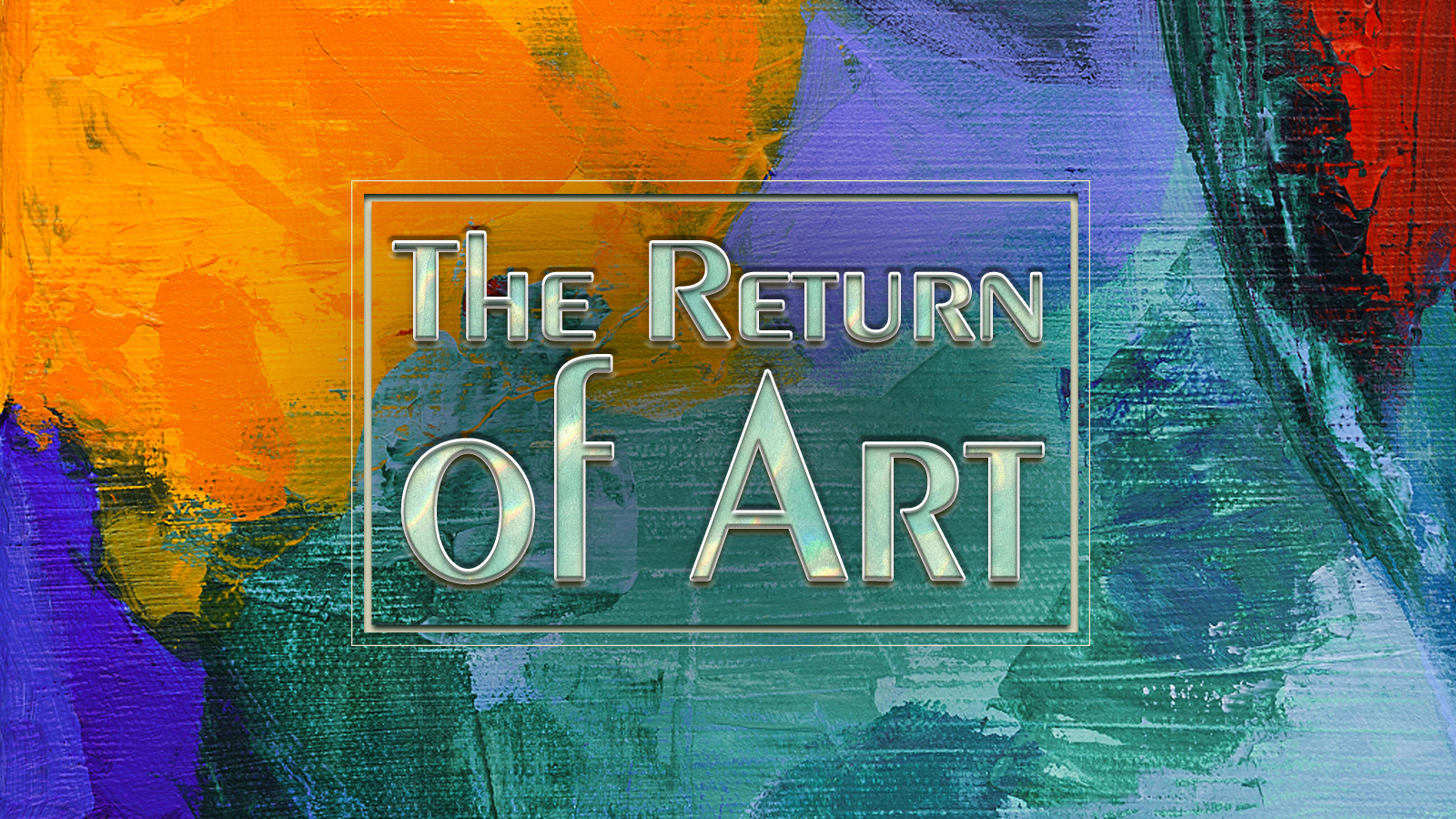 Editor's note: After the COVID-19 outbreak, galleries and art events in Beijing are taking the lead to return. How are art practitioners coping with the epidemic? How did their mindset change? CGTN interviewed Lu Jie, founder of Long March Space, about epidemic prevention and control issues during Gallery Weekend Beijing and the impact of the global pandemic on the world art industry.

On May 21, the fourth Gallery Weekend Beijing held a press conference at UCCA Center for Contemporary Art in Beijing's 798 Art Zone. A total of 22 galleries, non-profit organizations, groups and individuals will participate in forums, events and exhibitions at the 798 Art Zone. Wang Yifei, Gallery Weekend Beijing director, and the founder of Beijing Long March Space, Lu Jie, and others attended the press conference.

On the same day, the Long March Space, which has existed in the 798 Art Zone for 18 years, also reopened after being expanded and redesigned.

The week-long event, originally scheduled for March 2020, was postponed due to the outbreak of COVID-19. Gallery Weekend Beijing is one of the first art events to be revived in China and the first to be held since the pandemic started to slow in the country. By bringing together local galleries and non-profit art institutions, the opening of Gallery Weekend Beijing marks the revival of the city's art scene and offers hope to the rest of the world.

Lu Jie said at the press conference that the expansion of the Long March Space was decided in July last year and that it has undergone a lot of work, including communication with the space design office. Due to the epidemic, the construction period was delayed by two months, and the first exhibition of the new space was also postponed.

"While the exhibition could not be rolled out as planned in March due to the pandemic, the longer lead time gave more time for academic exchanges, discussions and more time to plan for it," said Lu. 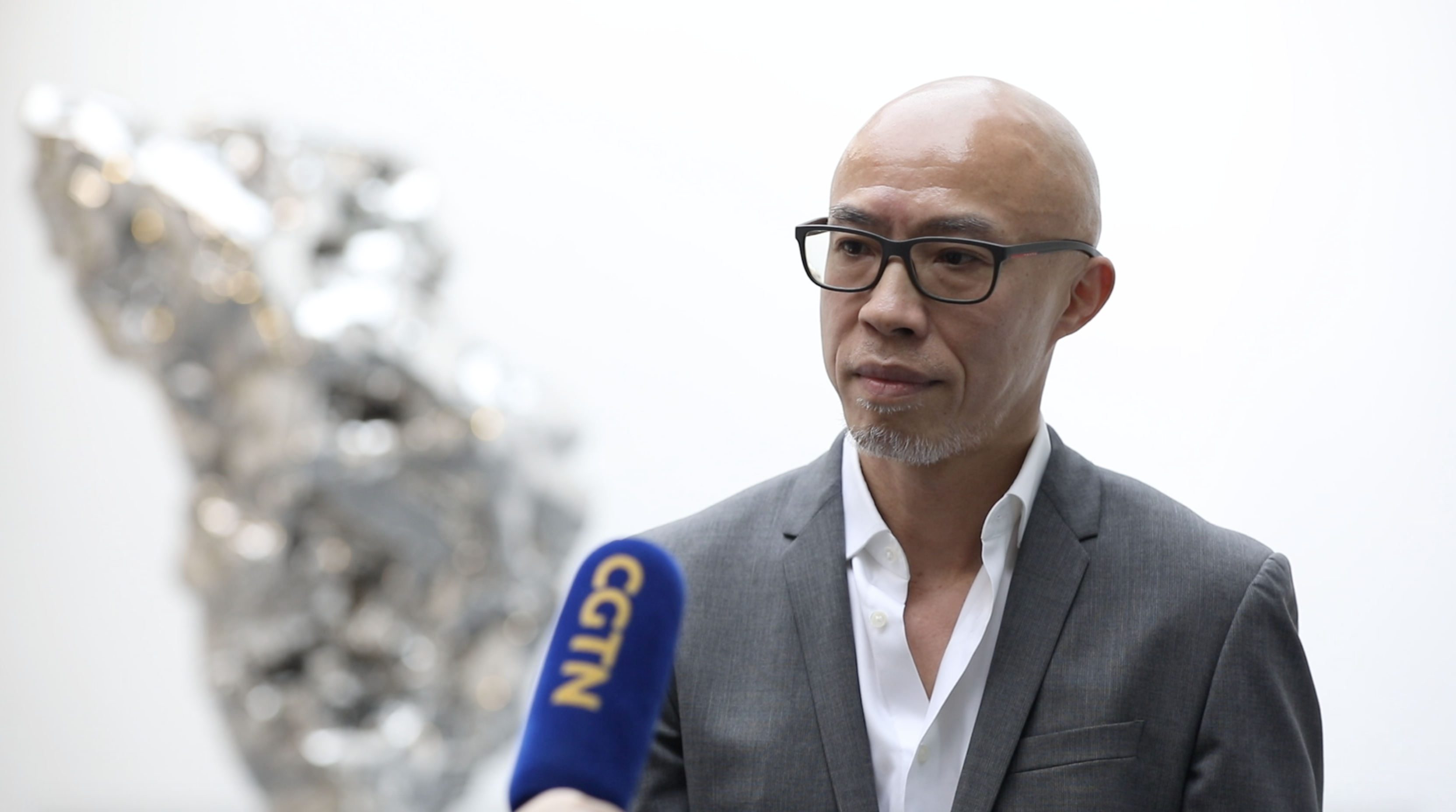 "Resilience" was the word Lu Jie mentioned the most in the interview and press conference. Being able to flexibly handle the relationship with artists, and handling the exhibitions in the epidemic has become one of the benchmarks to test whether a gallery is professional and capable at this moment. As a gallery that has existed in 798 since 2002, Lu Jie said that the Long March Space has experienced the painful memory of SARS in 2003. In this case, Lu Jie is optimistic that "having experienced with similar situation" may be one of the advantages of the Long March Space.

"I also tell my colleagues that this is nothing and that we have the ability to survive the outbreak," he added. 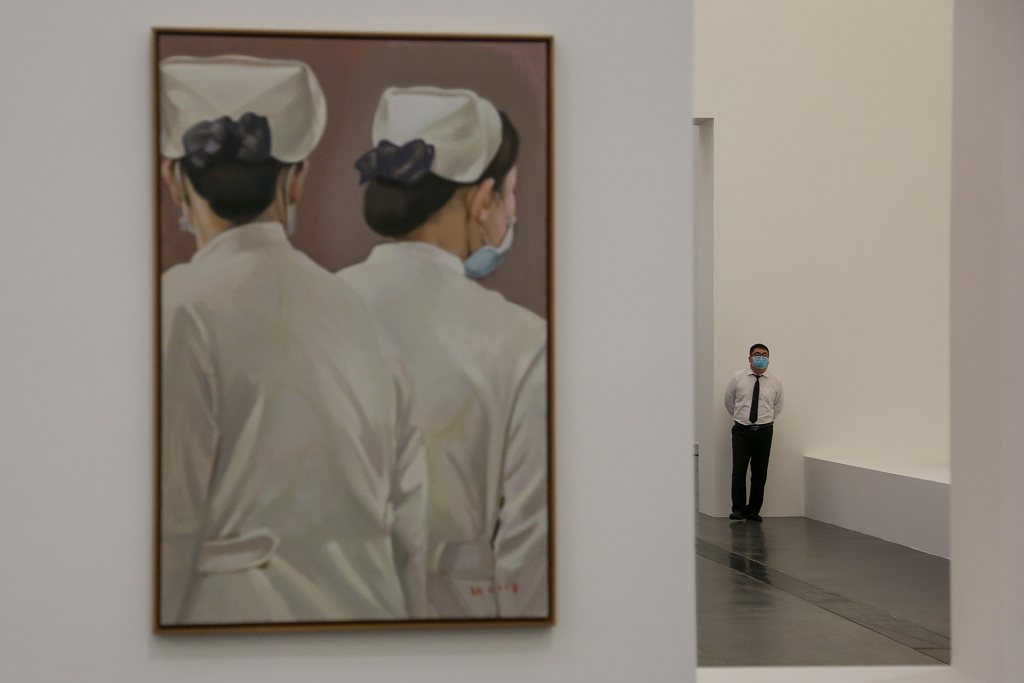 The exhibition "Meditations in an Emergency" at UCCA Center for Contemporary Art in 798 Art Zone in Beijing, China, May 21, 2020. /VCG

The exhibition "Meditations in an Emergency" at UCCA Center for Contemporary Art in 798 Art Zone in Beijing, China, May 21, 2020. /VCG

At the press conference, Wang Yifei, director of the Gallery Weekend Beijing, mentioned that the success of this year's event was made possible by the close cooperation between galleries during this period. "The galleries in 798 Art Zone are eager to bring a positive energy to the Beijing art world and even the Chinese art world."

Lu Jie also mentioned that at a time when China's cultural and entertainment activities, and sports events have been halted due to the epidemic, the recovery of the art world is "spiritual food" for people to recover from the shadow of the epidemic.

Some regrets of the event

Although the event was ultimately a success with the help of local policies and various industries, some regrets were left for this year.

Lu Jie told CGTN that gallery week is supposed to be a great place for art lovers from all over the world to communicate, but because of the epidemic, it has become difficult to travel freely, for artists and art lovers.

"Visiting Sector" is one of the more international aspects of Gallery Weekend Beijing each year. Since 2018, this sector has entered into an exchange partnership with Zurich Art Weekend. Although Zurich gallery's representatives were not able to attend the forum this year, the organizers made a video version of the artist's online discussion for art lovers to watch. 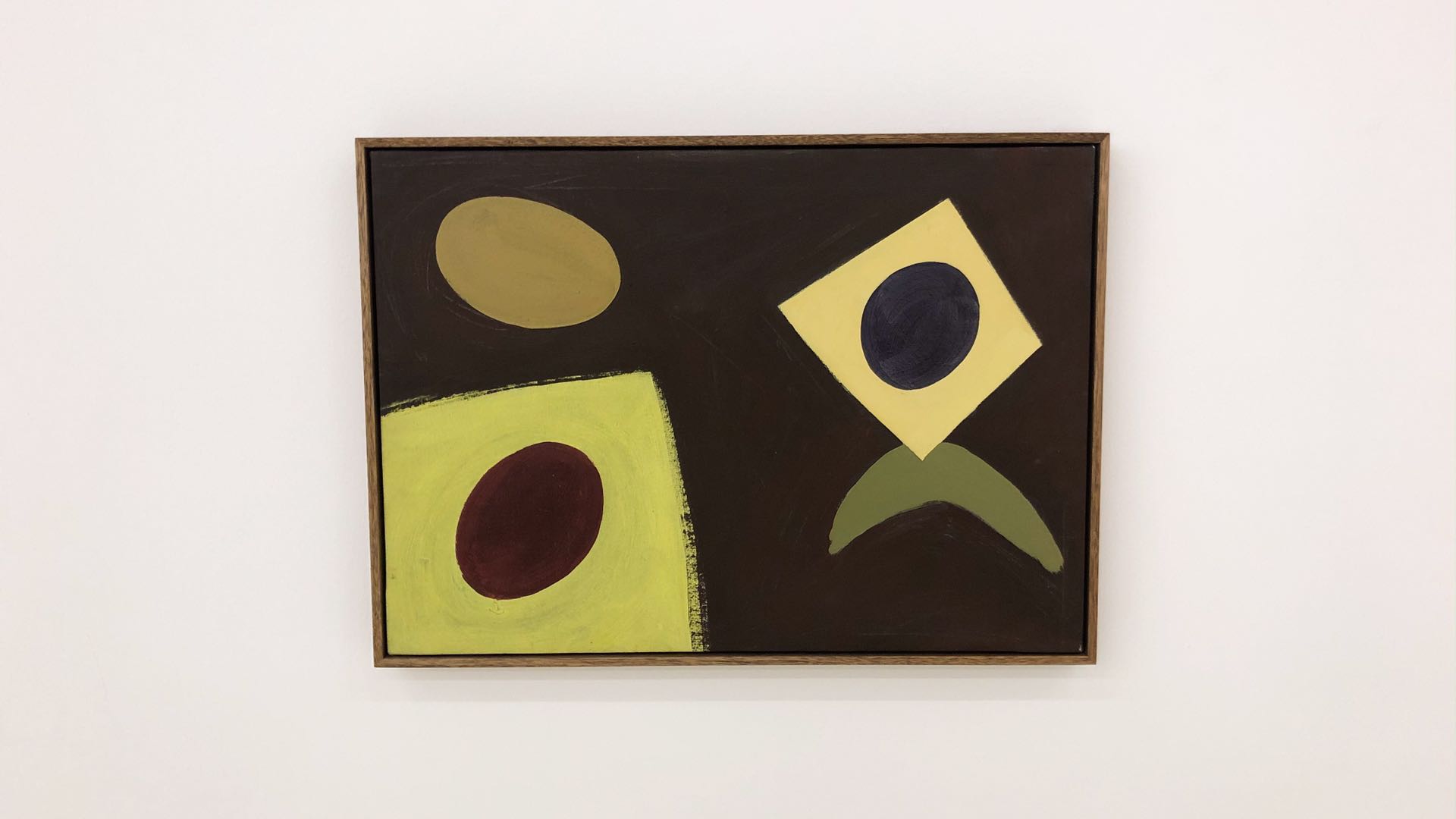 The artwork from the exhibition "Becoming John McLean" in PIFO Gallery in 798 Art Zone in Beijing, China on May 21, 2020. /CGTN

The artwork from the exhibition "Becoming John McLean" in PIFO Gallery in 798 Art Zone in Beijing, China on May 21, 2020. /CGTN

Visitors can also see the works of international artists such as "Becoming John McLean" in PIFO Gallery, and the "15 years of Galleria Continua in China: To be continua" in Galleria Continua, the gallery's 15th anniversary show.

Lu Jie also points out that Gallery Weekend is a core part of China's contemporary art world, where art peers from all over the country gather. But such a promotion, communication action is limited at present, although some artists and art colleagues can come, but the situation is not as lively as previous years, this is a fact.

A voice to the world's art industry

In spite of such conditions, the organizer still completed the planning and implementation of the gallery week, which is a "shot in the arm" for the domestic art industry.

"That's why we're holding Gallery Weekend Beijing in such a difficult economic, travel, and exhibition environment – whether it's a for-profit art gallery, a nonprofit art gallery, or a commercial gallery. The reason we're doing this together is because we believe that art is our spiritual food, especially in this time," said Lu. 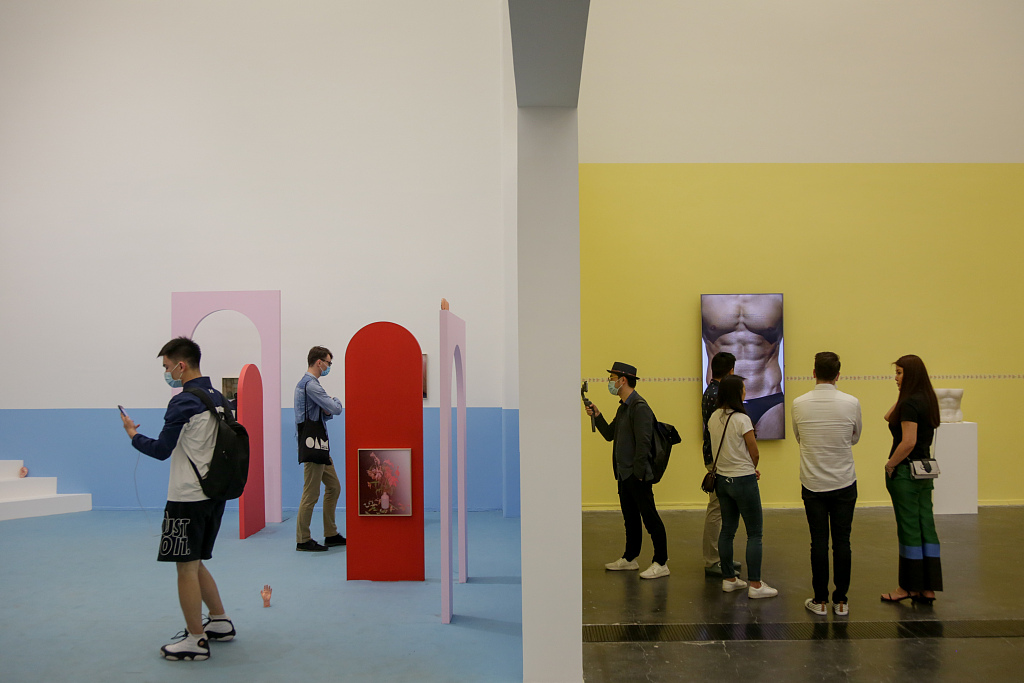 Visitors are visiting the exhibition at UCCA Center for Contemporary Art in 798 Art Zone in Beijing, China on May 21, 2020. /VCG

Visitors are visiting the exhibition at UCCA Center for Contemporary Art in 798 Art Zone in Beijing, China on May 21, 2020. /VCG

Lu Jie said that contemporary art in China to some extent conveys part of the reform and progress of the Chinese society. The Gallery Weekend and Long March Space also maintain online communication with foreign art institutions and artists, hoping to convey to the international community the persistence and positive energy of China's current art community.

"I am looking forward to international art peers opening their exhibitions and holding their large-scale art activities as soon as possible," Lu said, so that the exchange of contemporary art, a very important carrier of human civilization in the world, can take place normally.

"I am looking forward to the arrival of this day."