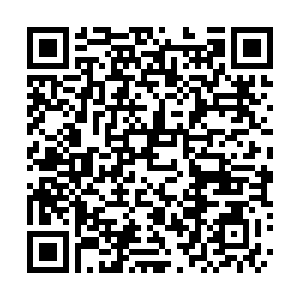 The U.S. Centers for Disease Control and Prevention (CDC) has admitted that it had lumped the results of viral and antibody tests of coronavirus, CNN reported on Friday.

In an email sent to CNN on Thursday, the CDC spokeswoman Kristen Nordlund said "Initially, when CDC launched its website and its laboratory test reporting, viral testing (tests for current infection) were far more commonly used nationwide than serology testing (tests for past infection)," and the agency "is working to differentiate those tests from the viral tests and will report this information, differentiated by test type, publicly on our COVID Data Tracker website in the coming weeks" as the serology testing is more widely available.

Viral test, or PCR test, taken by nose swab or saliva sample, is to identify whether a person is currently infected with the novel coronavirus. While the antibody test takes blood samples to see if a person has the antibodies in the immune system, it tells whether the person has been infected in the past. But "Antibody tests should not be used to diagnose someone as being currently sick with COVID-19," according to the CDC website.

The CDC's practice was first reported by the Miami-based public-radio station WLRN on Wednesday and has been criticized by experts, saying mixing the two tests could be misleading and make it difficult to get an accurate picture of how COVID-19 is spreading in the country.

"If they are reporting the numbers of real-time PCR tests, plus the number of serology tests together, it's hard to interpret and hard to know how many people are actually screened for an acute infection," said Mary Jo Trepka, professor of epidemiology at Florida International University.

Grouping the two types of results together pushes up the number of tests in the U.S., giving a false impression that local governments have strong enough testing capacity and are ready to reopen.

"Only [PCR] tests can tell us who is infected and should be counted as a case," the U.S. media NPR quoted Jennifer Nuzzo, an epidemiologist at the Johns Hopkins Center for Health Security. "The goal for tracking testing is to understand whether we are casting a wide enough net to identify cases and only viral tests can tell us that."

Caitlin Rivers, epidemiologist at the Johns Hopkins Bloomberg School of Public Health, told NPR that she suspected the practice "will artificially lower the percent positive."

"It's not useful information, unless you have a political agenda that you're trying to back up. That's really the only reason to do that," said CNN citing Dr. Celine Gounder, professor of medicine and infectious diseases at the New York University School of Medicine.