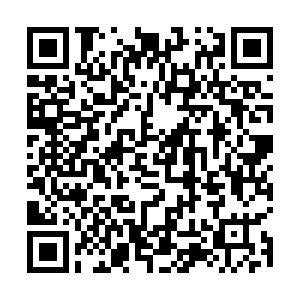 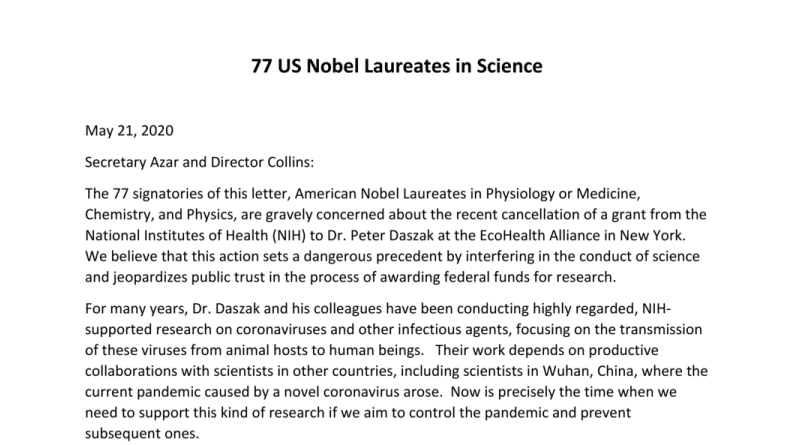 A screenshot of the open letter to the U.S. National Institutes for Health

A screenshot of the open letter to the U.S. National Institutes for Health

In a joint open letter to the U.S. National Institutes for Health (NIH) last Thursday, 77 American Nobel laureates in science expressed their deep concern about the cancellation of a federal grant to a group researching the origin of the novel coronavirus, calling for a thorough review of the decision.

The letter, organized by Richard J. Roberts of New England Biolabs, came one day after 31 science societies criticized cancellation, saying it politicized science and that "the action taken by the NIH must be immediately reconsidered." 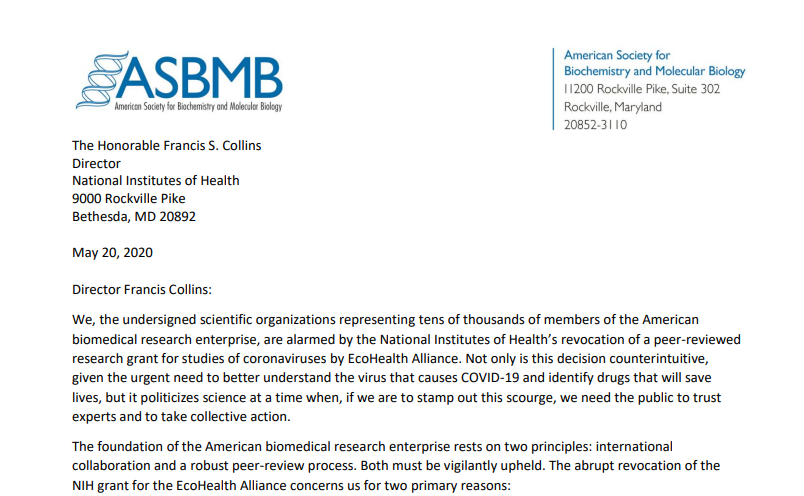 A screenshot of the open letter from the American Society for Biochemistry and Molecular Biology on behalf of 31 science societies.

A screenshot of the open letter from the American Society for Biochemistry and Molecular Biology on behalf of 31 science societies.

New York-based research group EcoHealth Alliance, which studies the spillover of animal viruses to humans worldwide, was supposed to receive funds from NIH and other federal health departments.

The group has collaborated with global scientists on infectious diseases, including SARS, which caused a similar outbreak in 2003, for many years. Researchers in Wuhan, China have also worked with them on some of the projects.

Now is precisely the time to get the financial support for this kind of research if the world aims to control the pandemic and prevent subsequent ones, the scientists said.

For the reason of pulling the funds, an NIH official responded in an email that the investigation into the sources of pandemics did not fit with their program goals and agency priorities.

However, according to the open letter, the grant was abruptly terminated by the NIH on April 24, 2020, a few days after President Trump responded to a reporter who erroneously claimed that the grant awarded millions of dollars to investigators in Wuhan.

Scientists in chemistry, medicine and physics say the explanation is "preposterous," and believe it sets a dangerous precedent by interfering in scientific research.

They demanded an urgent review of the termination and called for appropriate steps to rectify the injustices that may have been committed in revoking it.

A former director of the NIH, Harold E. Varmus, told the New York Times that the government always sets broad priorities for research that some scientists may disagree with, including restrictions on the use of embryonic stem cells, saying the cancellation "an outrageous abuse of political power to control the way science works."