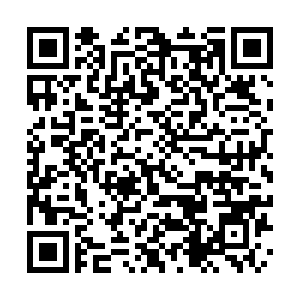 The White House said President Donald Trump and first lady Melania Trump will participate in a Memorial Day ceremony at the site on Monday "to honor the American heroes who have sacrificed their lives serving in the U.S. Armed Forces."

However, Mayor Jack Young again called on President Trump to skip the ceremony at Fort McHenry, saying he thinks Trump would be violating the law by coming from out of town.

The visit is set to come just over a week after Maryland began to lift some of its stay-at-home restrictions because of the coronavirus, though "safer-at-home" guidelines remain and a stay-at-home order is still in place in Baltimore.

Trump has announced that U.S. government buildings, military posts and embassies will fly the flag at half-staff through Memorial Day weekend in memory of the nearly 100,000 people who have died of COVID-19.

Surinames will head to the polls on Monday to elect a new 51-seat parliament, which will then vote for the country's president.

The incumbent president, Desi Bouterse, now 74, has been the dominant political figure in the country since 1980 and has stated that he is seeking re-election, or his third term in office.

President Bouterse's National Democratic Party (NDP)-led government has the advantage of narrow-margined majority in the National Assembly, winning 26 out of 51 seats in the parliamentary elections in 2015.