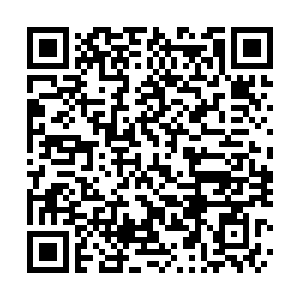 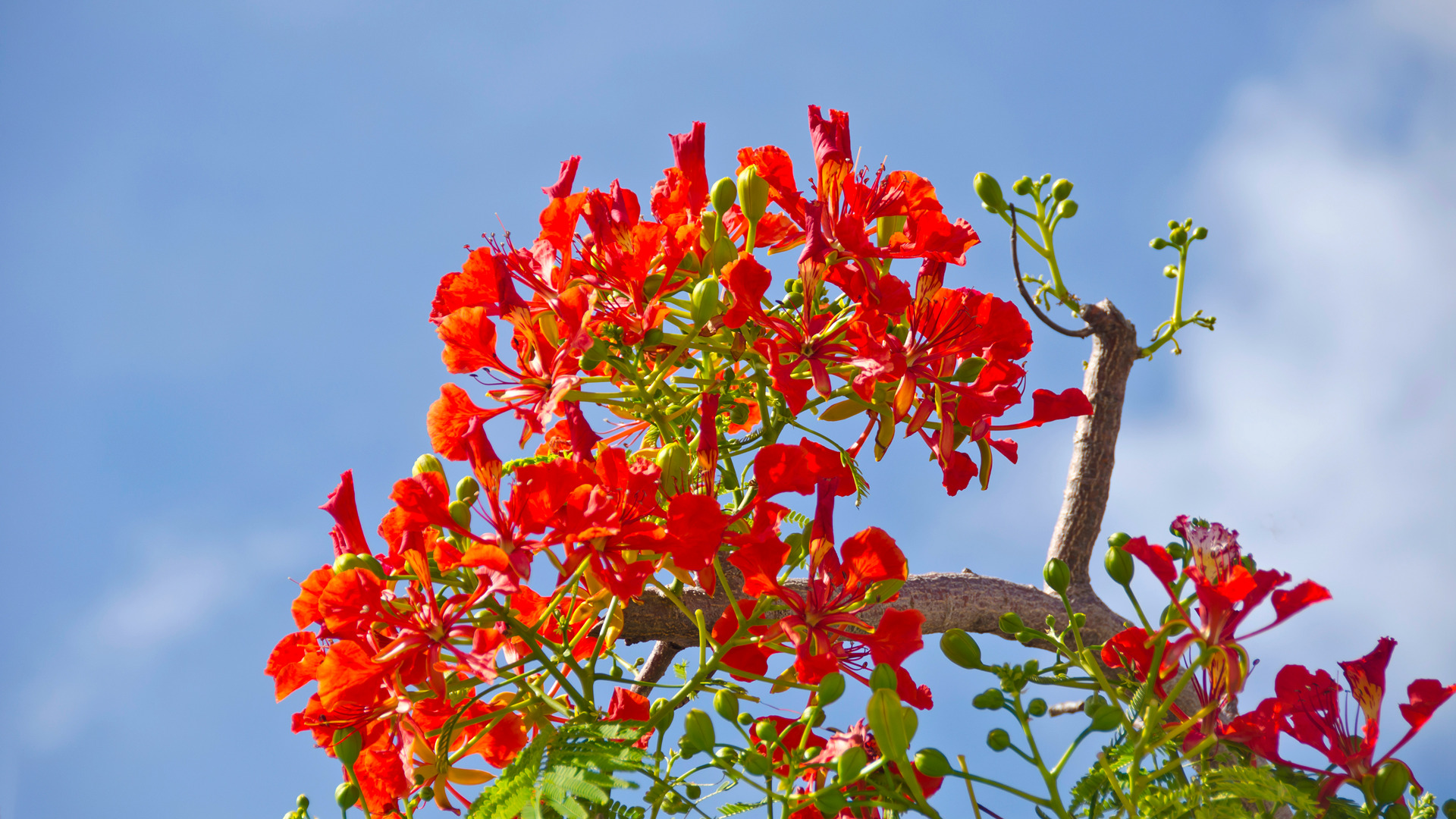 The summer heat has already shone on southern China by mid-May, turning the climate humid and hot and helping tropical flowering plants to produce their blossoms and show the world. The Flamboyant Tree is one of these plants. 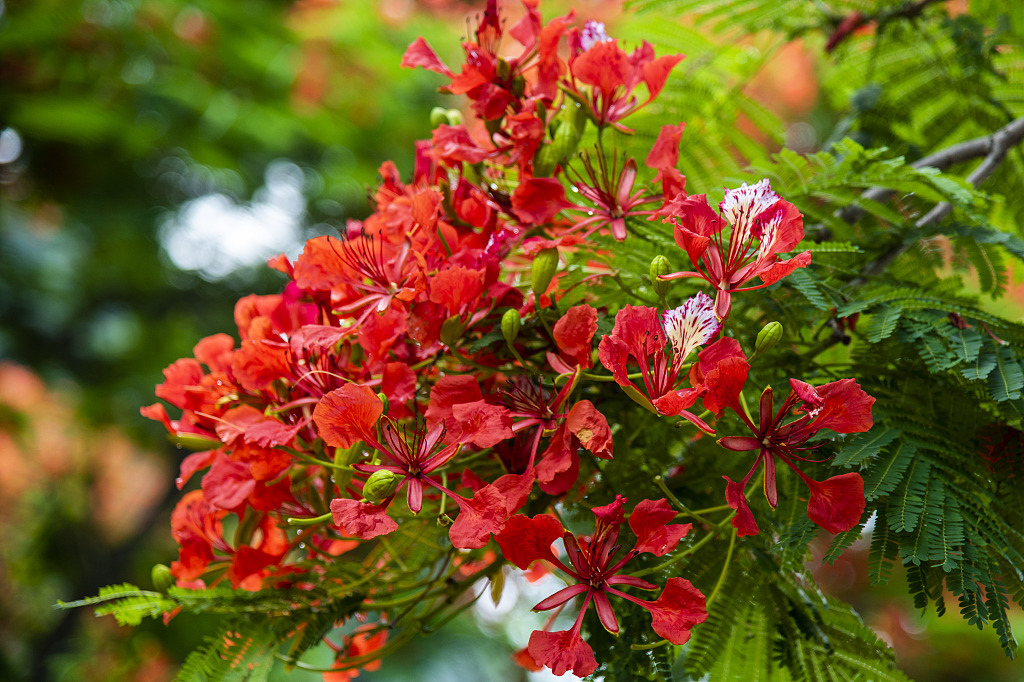 The Flamboyant Tree gets its name from its scarlet flower, which matches the color of fire. In Chinese the tree is called "the tree of Phoenix," as the fern-like foliage and scarlet flowers resemble the feathers and crest of the Phoenix in Chinese legends. Because of this beautiful analogy the flower is beloved by many people, and widely admired during its blooming period in southern parts of China like Guangdong and Fujian provinces. 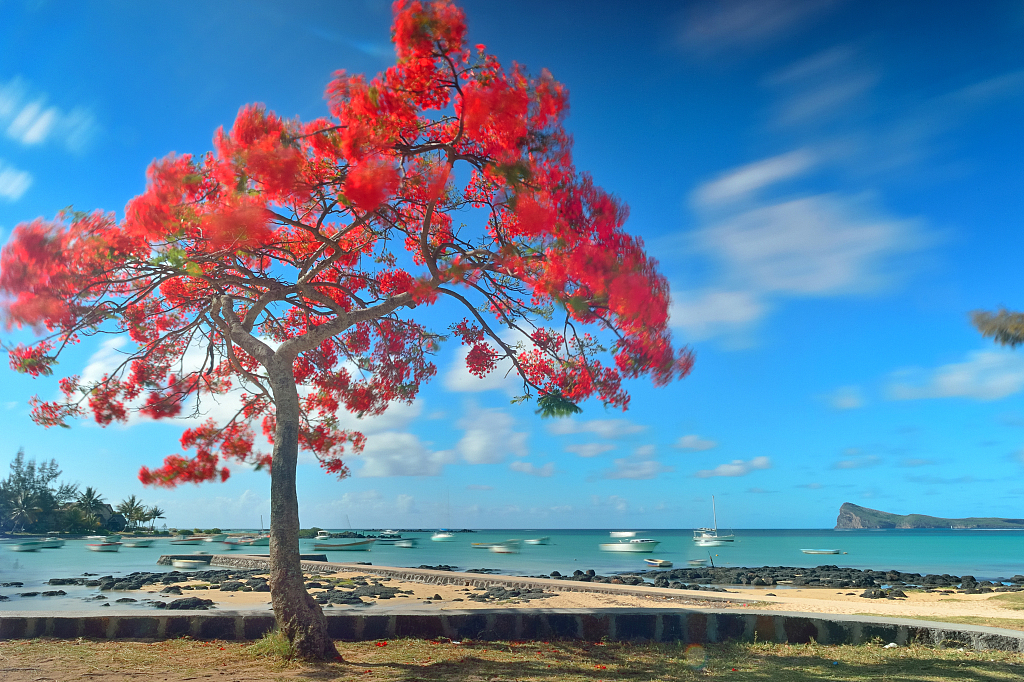 The flower of the Flamboyant Tree has four large petals. From May to October, the flowers will blossom gradually.

The tree is native to Madagascar, but has now been introduced to tropical and subtropical areas worldwide. You can find it in the U.S., the Caribbean, South America, Europe and the Middle East as well as Asia. 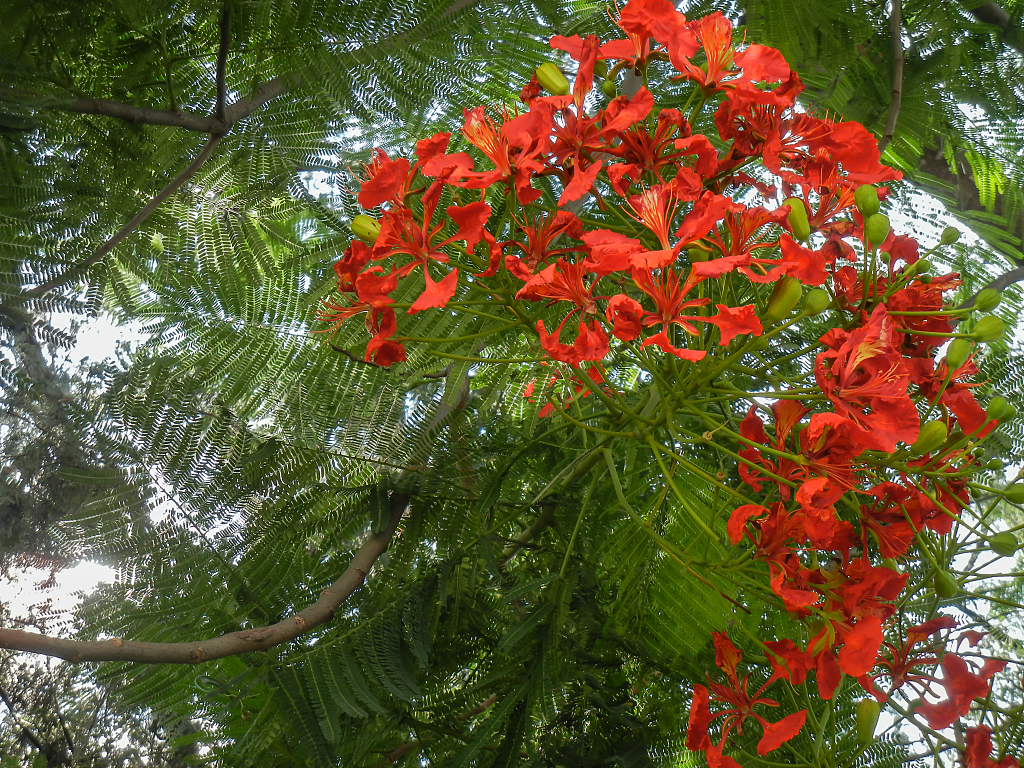 Though it may appear difficult to grow the tree from a seed, it actually has a bonsai species as an alternative choice. As a tropical plant, it loves humidity and heat, so the temperature is an important factor for it to grow well. In summer, the tree needs a lot of water. Solid, organic fertilizer can be applied every four weeks to ensure the supply of nutrients.