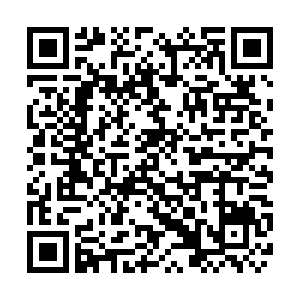 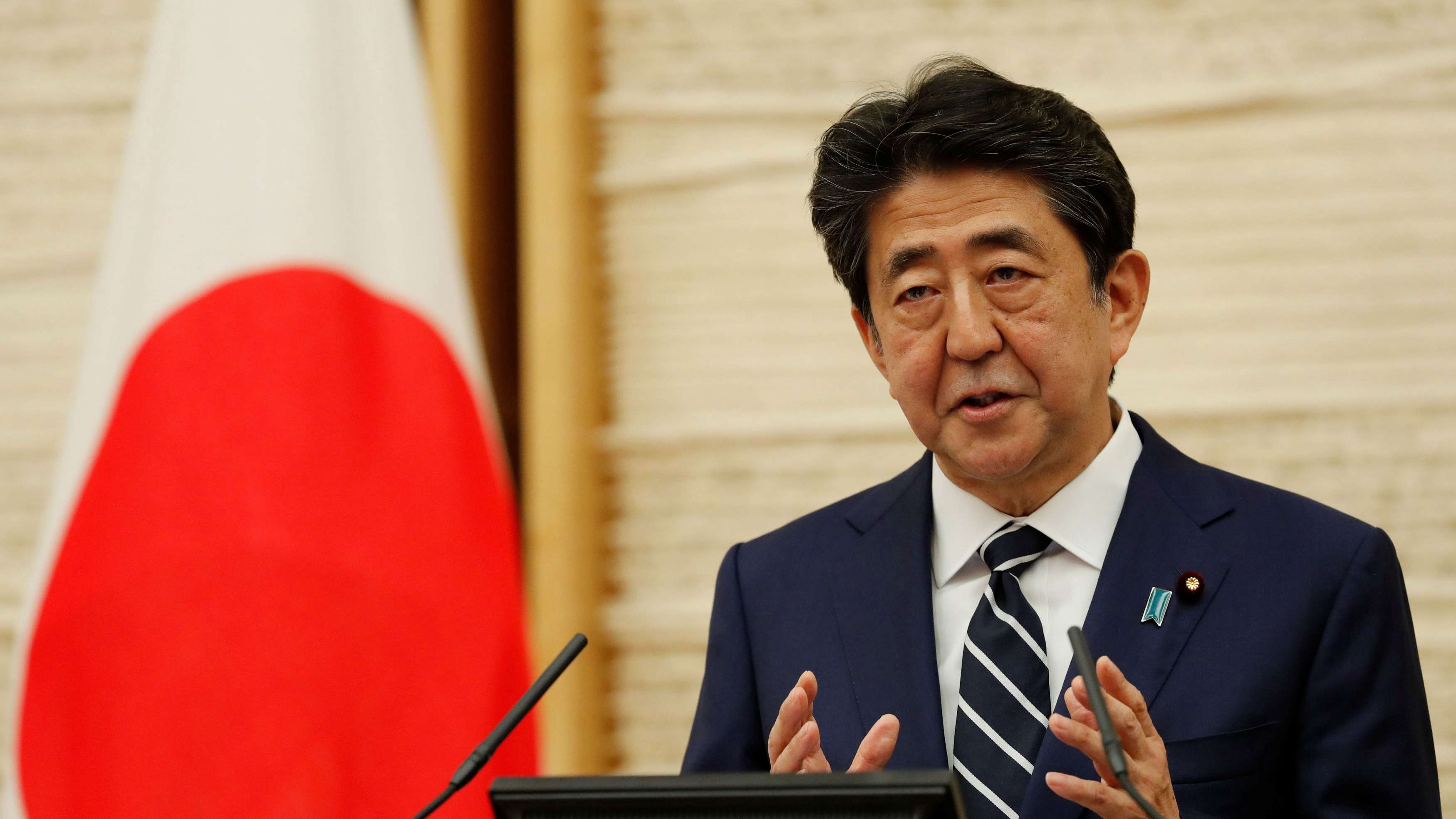 Japan lifted a nationwide state of emergency over the coronavirus on Monday, gradually reopening the world's third-largest economy as government officials warned caution was still necessary to prevent another wave.

"We had very stringent criteria for lifting the state of emergency. We have judged that we have met this," Abe told a nationally televised news conference.

Social distancing curbs were loosened for most of the country on May 14 as new infections fell, but the government has kept Tokyo and four other prefectures under watch.

Compared with hard-hit areas in Europe, the United States, Russia and Brazil, Japan has been spared the worst of the pandemic, with 16,581 infections and 830 deaths. But on April 7, with cases beginning to spike and fears for the country's health system, Abe declared a state of emergency for Tokyo and six other regions -- later expanding it to cover the entire nation. 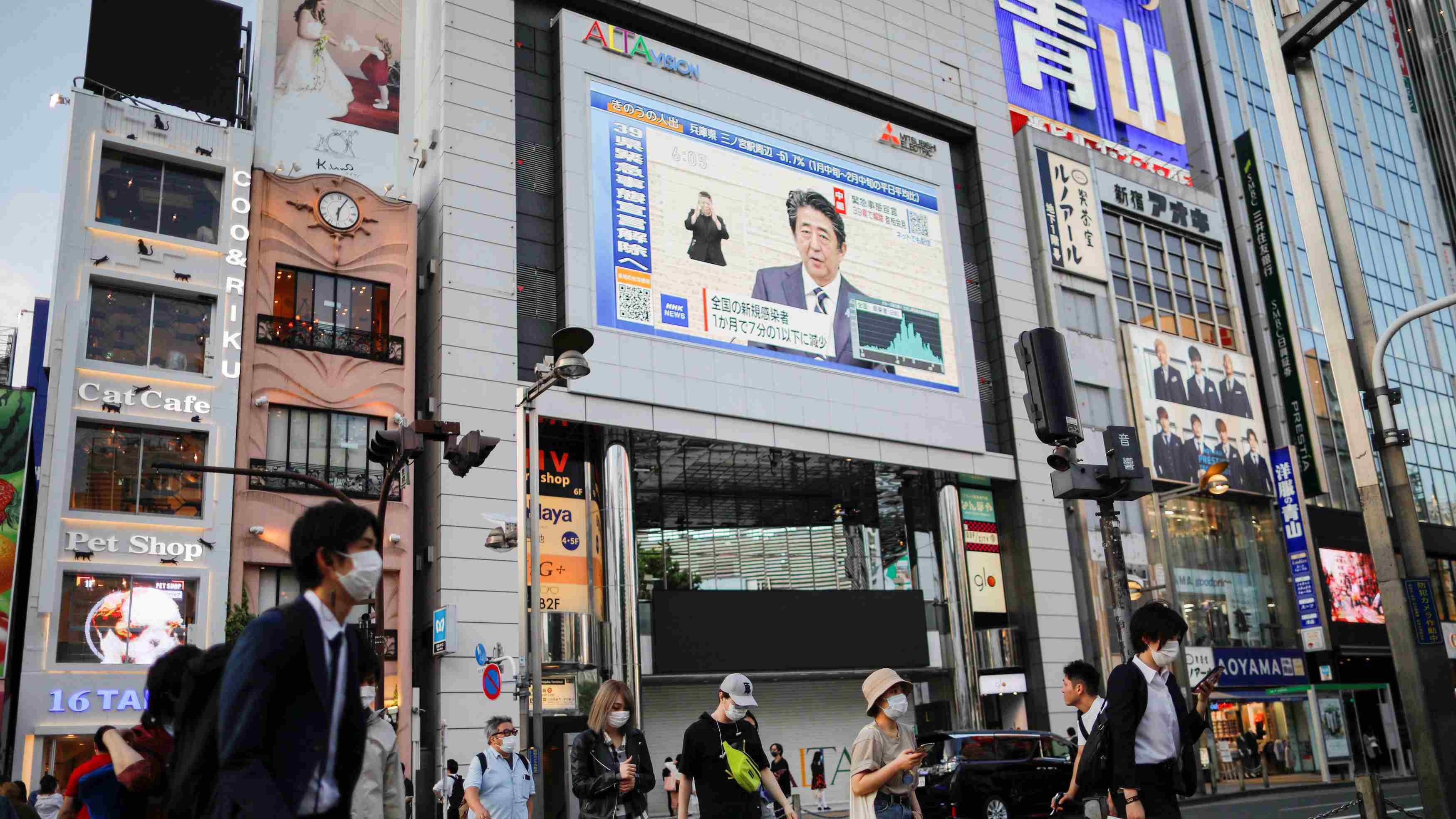 A large screen on a building shows a live broadcast of Japan's Prime Minister Shinzo Abe's news conference on Japan's response to the coronavirus disease (COVID-19) at Shinjuku district in Tokyo, Japan, May 14, 2020. /Reuters

A large screen on a building shows a live broadcast of Japan's Prime Minister Shinzo Abe's news conference on Japan's response to the coronavirus disease (COVID-19) at Shinjuku district in Tokyo, Japan, May 14, 2020. /Reuters

Abe also told a news conference that the total amount of stimulus from two economic packages would exceed 200 trillion yen but it would still take considerable time to get back to normal life while controlling infection risks.

He added that Japan had managed to get the coronavirus infection under control in just one and a half months, in its own way, and that this showed the strength of the "Japan model."

Japan's economy minister told reporters earlier on Monday the government had received approval from key advisers to remove the state of emergency for all remaining regions.

"While the emergency state will be lifted, it is important to expand economic activity in stages as we establish a new way of living," Yasutoshi Nishimura said. He added that the head of the advisory panel had recommended close monitoring of Tokyo, Kanagawa and Hokkaido prefectures, where cases had fluctuated.

The world's third-largest economy has escaped an explosive outbreak with more than 16,600 infections and 839 deaths so far, according to NHK public broadcaster; however, the epidemic has tipped it into a recession and plunged Abe's popularity to multi-year lows. 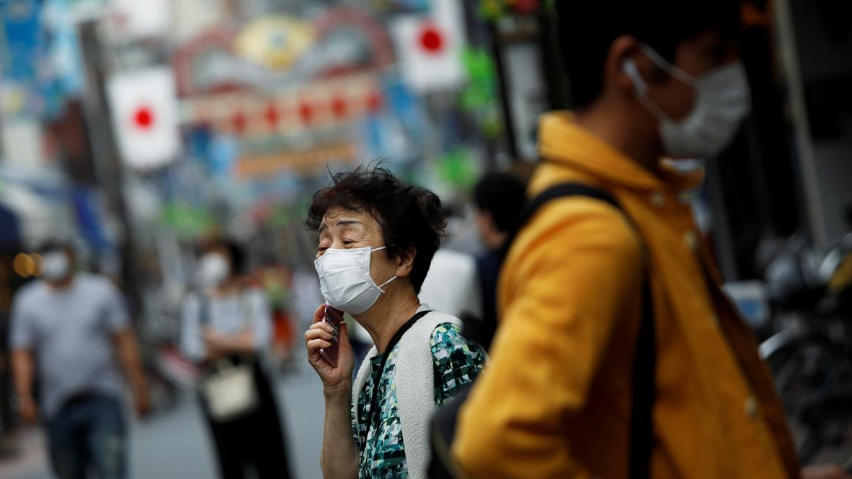 People wearing protective face masks walk on the street under a nationwide state of emergency amid the COVID-19 pandemic, Tokyo, Japan, May 10, 2020. /Reuters

People wearing protective face masks walk on the street under a nationwide state of emergency amid the COVID-19 pandemic, Tokyo, Japan, May 10, 2020. /Reuters

An Asahi newspaper poll conducted at the weekend showed Abe's support rate at 29 percent – the lowest since he returned to power in late 2012 – and disapproval at 52 percent. The results mirrored a Mainichi newspaper survey published on Saturday.

A government task force was set to convene following Abe's new conference, and the lifting state of emergency would take effect after that meeting.

Tokyo Governor Yuriko Koike has previously said the capital would move into "stage one" of loosening restrictions, once the state of emergency was removed. That would allow libraries and museums to reopen, and restaurants to stay open until later in the evening. Subsequent stages would see theaters, cinemas and fairgrounds reopen.