A practical and meticulous solution for Hong Kong
Pan Deng 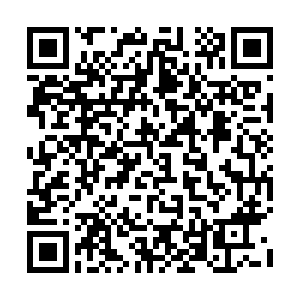 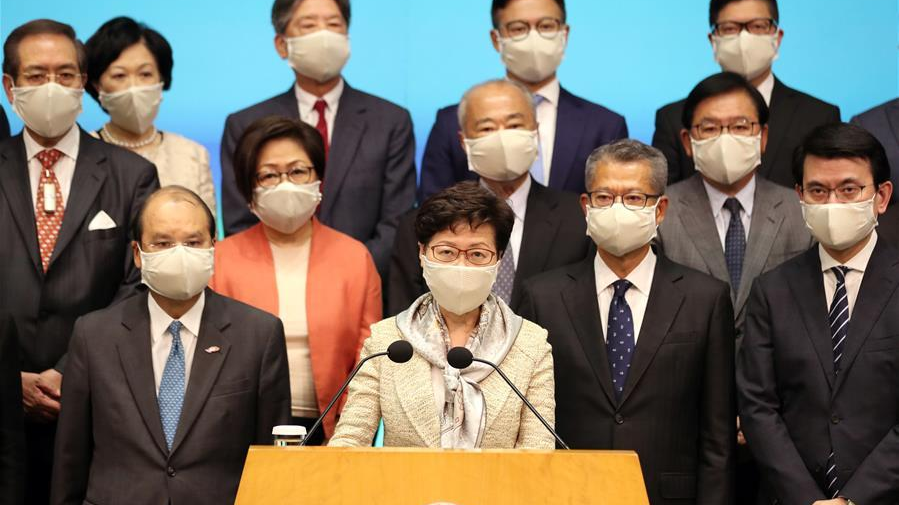 Editor's note: Pan Deng is a member of the Academic Committee at the Charhar Institute and the executive director of the Latin America and Caribbean Region Law Center of China University of Political Science and Law. The article reflects the author's views, and not necessarily those of CGTN.

China's highest legislative body, which is holding the annual gathering at this moment, is taking the initiative to show its jurisdiction over a local legislature which has long been inert in fulfilling its duty in legislating local laws.

As a special administrative region, Hong Kong is not unique under the "One Country, Two Systems" framework established by China's central government. The other SAR is Macao. In the way of addressing Hong Kong, "special" by no means grants it an independent or semi-independent political status. Be it Hong Kong or Macao, the central government mandated both of them to legislate Article 23 of the Basic Law when designing their governance systems before they were handed over to Beijing, in order for them to fulfill the obligation of safeguarding national security.

In exercising its sovereignty and effectively governing its territory, the central government of any country in the world has the indisputable power to make arrangements over national security affairs within its own territory.

Having already passed the National Security Law in 2015, which is applicable to every part of China, Beijing has been flexible in allowing the SAR legislatures to formulate local laws that are consistent with principles set forth in the superior law and contain features attending to the local realities.

This approach testifies Beijing's trust in the SARs and brings home the fact that SARs have the constitutional responsibility to legislate laws that maintain national security.

As a result, as early as February 2009, Macao passed its national security law.

Few options on the table

It has been nearly 23 years since the return of Hong Kong to China. Not only has the legislation of Article 23 not been pushed forward, but it has become a "window of opportunity" exploited by a minority group of separatists who challenge the central government's authority and push for a separatist agenda.

Every time the HKSAR government sets the legislative process in motion, these people begin to deliberately stigmatize and demonize the efforts. They sought to brainwash the local people by telling them "maintaining national security will come at the cost of your rights and freedoms," and even shouted for intervention from foreign forces. In other words, they wanted Hong Kong to take down the national security fences by blocking this legislation.

This division has got more and more entrenched over the past 20 years. Since June last year, Hong Kong society has been torn apart, featuring the most violent episode in its history. National security and local governance have been faced with unprecedented risks. In just a few months, the once bustling and charming international metropolis has changed beyond recognition and the basic human rights of the local people to live a peaceful life have also been trampled upon ruthlessly.

In recent days, as Hong Kong has won an outright victory in the fight against coronavirus, local people have reached a consensus over the need to close the social division, end violence and restore order to life.

However, the inconvenient truth is that the local radical separatists resort to more violence and even terrorist acts as they are emboldened by foreign interventionists. The growing havoc they wreak has sent shockwaves through Hong Kong's homeland security, political security and public security.

Therefore, preventing, suppressing and punishing the handful's illegal and criminal acts that endanger national security according to law is a prerequisite for ensuring the safety of life and property of the vast majority of local residents, before a stable environment can be restored for socio-economic development. 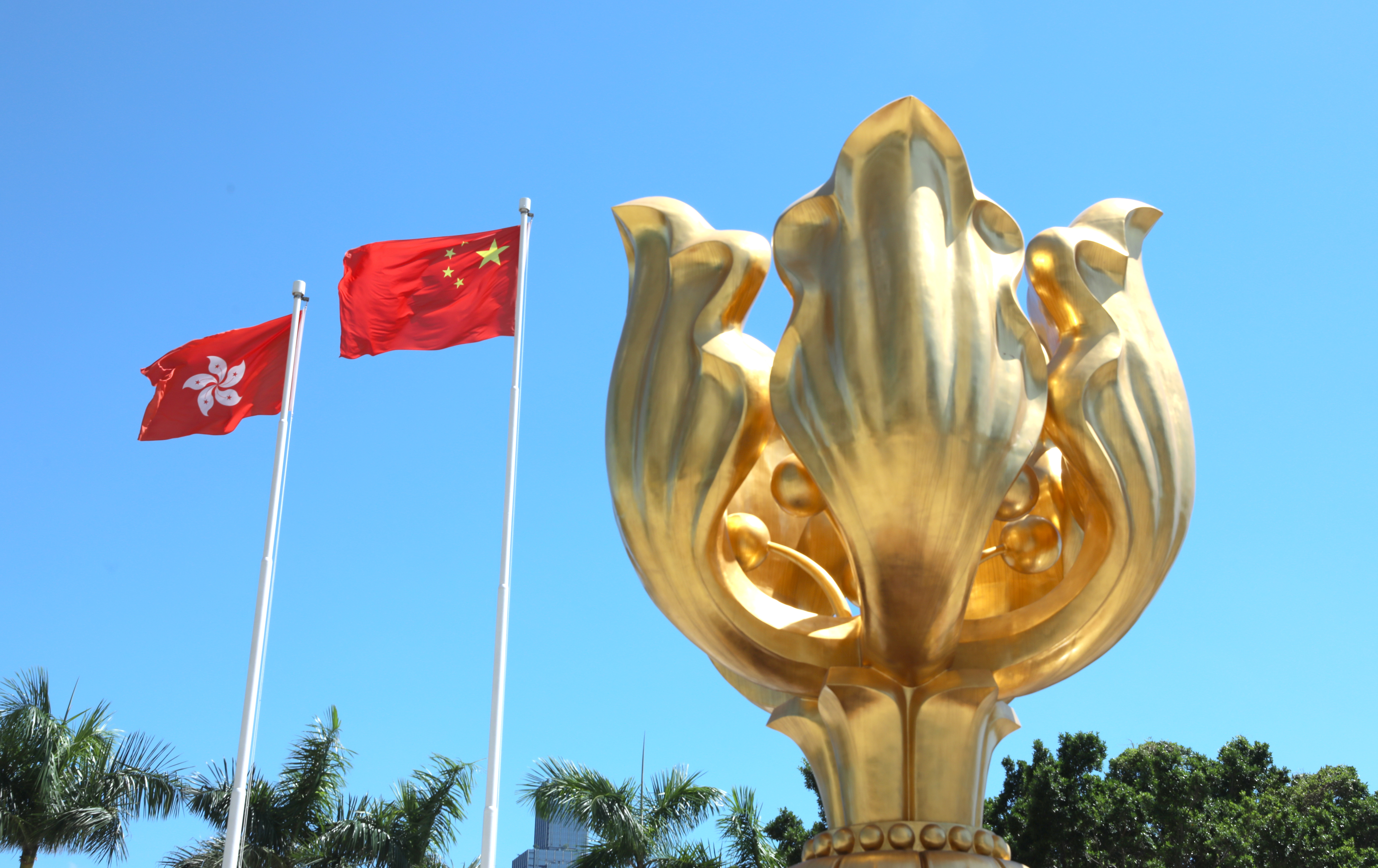 Having said that, if we still count on the HKSAR government to quickly move ahead with the legislation of Article 23 under the Basic Law in the short term, Hong Kong society will once again be bogged down in the mire of internal confrontation.

Under such circumstances, there are few alternatives to the solution where the central government steps in to fix the loophole in the HKSAR's legal system by directly enacting a new national security legislation for Hong Kong.

This solution is legitimate because the central government of any country in the world is entitled to the jurisdiction over any part of its own territory. Meanwhile, it also answers the rising call from the people of Hong Kong.

Much prudence and discretion have been exercised in initiating the loophole-fixing process.

Secondly, this approach is in line with Beijing's constitutional arrangements for the SAR before Hong Kong returned to China.

The Basic Law of the HKSAR, as a special law of the national constitution in Hong Kong, grants autonomy to the SAR, but not without some reservations.

For example, in terms of legislative power, a positive list of national laws that should be applied to Hong Kong has been put in place. They shall be an integral part of the local legal system. These laws are generally limited to national defense, diplomacy and laws that are not within the scope of the HKSAR's autonomy. The items on the list can be added or deleted. Currently there are only 13 items, all of which are constitutional laws pertaining to sovereignty matters.

In addition, all countries in the world have the national legislative power to make national security laws. Although Article 23 of the Basic Law conferred HKSAR the faculty to make local legislation, it is not an exclusive right. Even so, this time China's highest legislative body did not withdraw the authorization for Hong Kong to pass its own national security law. The HKSAR will still have the faculty and obligation.

Technically speaking, the NPC is not in a hurry to introduce specific legal provisions and law enforcement mechanisms, but to set the tone by passing a decision and authorize its standing committee to carry on with the legislative process. In this process, legislators will solicit opinions from people in Hong Kong, as this is not only required by the Basic Law, but also in line with the central government's standard practice in dealing with Hong Kong-related issues.

The decision also clearly stipulates that the scope of authorization is limited to actions that endanger national security, such as secession, subversion of state power, terrorism activities and foreign interference. The people of Hong Kong need not to worry about the human rights, democracy, freedom, rule of law and property rights they enjoy according to law.