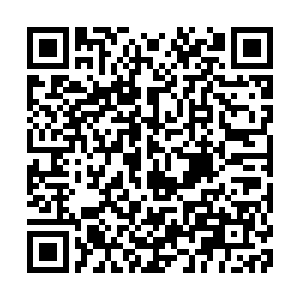 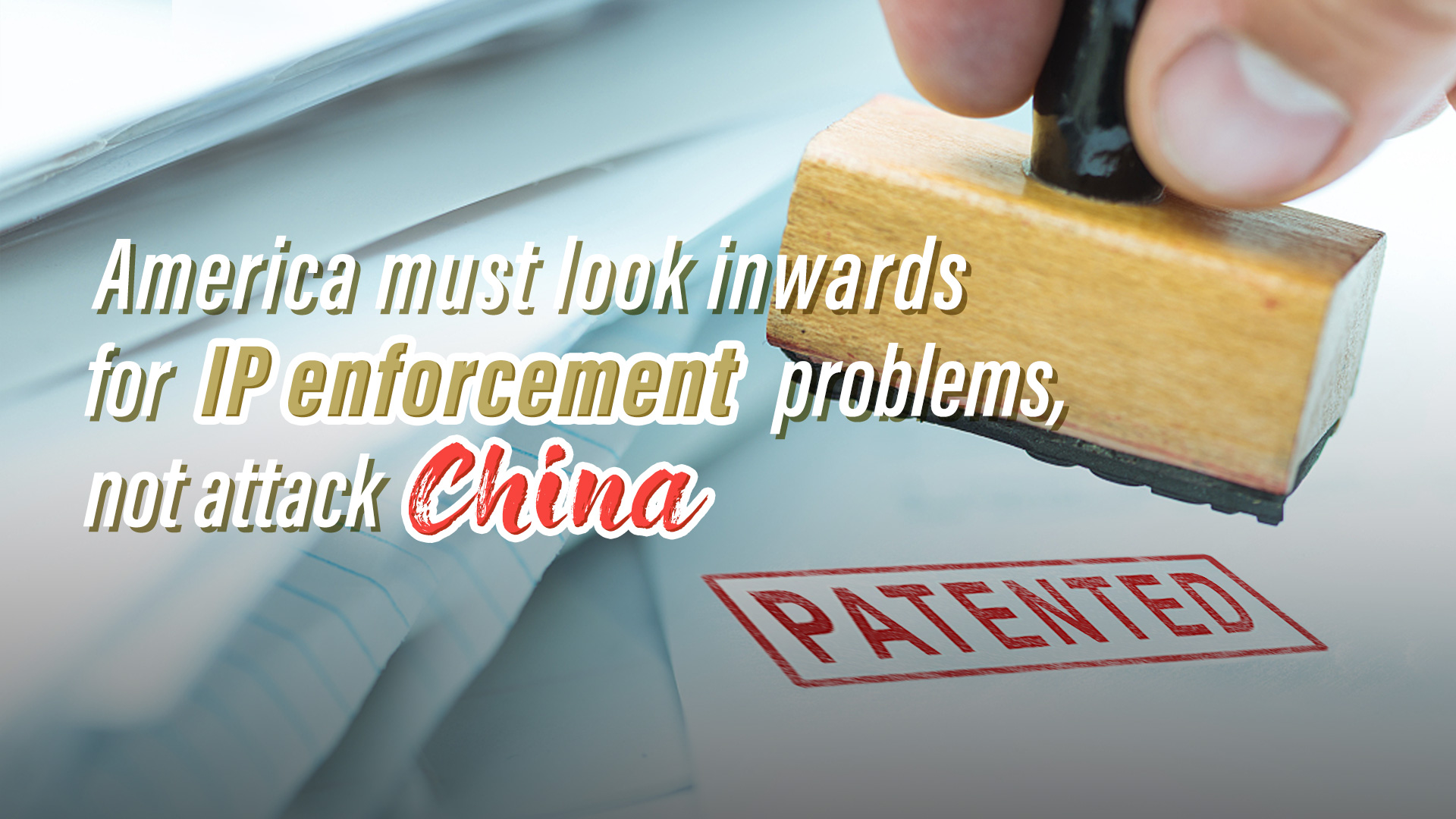 Editor's note: The COVID-19 pandemic in 2020 has changed the lives of everyone on the planet Earth and may even change the global landscape. While Western countries are still struggling with the pandemic, China has started its economic recovery. Here is the seventh piece in our "China In Focus" series during the Two Sessions: China's IPR. Erick Robinson is a managing partner at Dunlap, Bennett & Ludwig and Director of Litigation at Intel strategy IP and is based in Beijing and Houston. The article reflects the author's opinions, and not necessarily the views of CGTN.

As the United States continues to attack China for all matter of alleged evils, the truth has become clear: America has become a bully and China is a scapegoat for America's own failings. One of the U.S.'s main failings relates to protection of intellectual property rights (IPR). Rather than face the ugly truth that China has become at least as innovative as America and likely more so, the U.S. prefers to point fingers at China's government, top companies and even China's people.

Regardless of America's rhetoric, China has now become a world leader in IPR enforcement, especially regarding patents. As a U.S. patent attorney and trial lawyer who has been working on Chinese patent litigation for the last five years, I would suggest that the U.S. concentrate on fixing its own problems before condemning China.

Although China did not even have a patent law until 1985, over the last 10 years, and especially in the last five, China has put together an extremely effective patent enforcement system. Based largely on the German system and all of its advantages, but with selected common sense provisions added by the courts based on their growing experience, China has now become a top forum for patent litigation. This is not by accident, as the Chinese government (unlike the U.S. government currently) realizes that a strong patent system and innovation go hand in hand. To this end, China has set up laws and procedures that make the U.S. patent system appear antiquated and hollow.

In America now, it is nearly impossible for a patent owner to obtain an injunction in court, even against a direct competitor. In China, however, successful patent litigants are almost always granted an injunction, as permanent injunction rates range from 90 percent to nearly 100 percent. Patent owners are not required to provide a basis or explain why an injunction is needed. Importantly, in addition to banning infringing sales, manufacture and use in China, Chinese law also bans infringing exports.

China displaced the United States as the largest manufacturing country in 2010. Because of its worldwide dominance in this area, it is an excellent place to obtain and enforce patents. This is because if an infringing product is made in China, a successful patent owner can essentially obtain a worldwide injunction by stopping the infringing export from China. Further, in addition to being the largest export market worldwide, China is among the top sales markets as well. For instance, it is the biggest smartphone market by a large measure.

Win rates in court for patentees across China are impressive, and average around 80 percent. This is far higher than in the United States. Additionally, invalidation rates of Chinese patents are significantly lower than in the United States. The U.S. Patent Trial and Appeal Board (PTAB) was termed by former Federal Circuit Chief Judge Randall Rader as a "death squad" for patents. According to U.S. Inventor (a non-profit organization that represents inventors and small-business owners across America), the PTAB invalidates 84 percent of patents that have been fully reviewed. This inability to enforce patents in America has led to large companies – amazingly often the same companies that have spent millions of dollars "donating" to U.S. politicians – simply deciding it is less expensive and much easier to simply infringe patents and fight in court than to deal with the rightful owner of a technology. This strategy has become so prevalent in America that it is now referred to as the "efficient infringement" phenomenon.

In contrast, the structure of the China National Intellectual Property Administration (CNIPA) charged with determining patent validity, the Reexamination and Invalidation Department of the Patent Office, fully invalidates only 25 to 40 percent of patents. That is, whereas patents have become in most cases unenforceable (and therefore worthless) in the U.S., Chinese patents are more enforceable and valuable. Whereas in the U.S., most patent litigation is stayed for one to three years while the accused infringer is allowed to try to invalidate the patents, very few courts in China stay patent litigation during a validity challenge at CNIPA.

In addition to being more effective than the U.S. patent enforcement system, the Chinese enforcement system is more efficient. Whereas patent cases in America can take from three to as many as eight or more years to complete, most patent cases in China can be resolved in under one year. Even more complicated cases are usually resolved (even through appeal) in less than two years. Whereas a typical U.S. patent litigation costs each party between two and six million U.S. dollars – with many costing over 10 million U.S. dollars– an average Chinese patent case costs less than 300,000 U.S. dollars. Even large, complicated cases only cost each party between 500,000 and 1 million U.S. dollars.

In summary, the system set up by the Chinese government for filing and enforcement of patents has not only caught up to the U.S. system, but surpassed it. In America, patent cases have become harder to file, longer and more expensive to adjudicate, more difficult to win, less likely to provide reasonable damages award, almost impossible to produce injunctive relief, and easier to overturn on appeal.

Indeed, while the so-called "land of the free" has turned into the "land of the free to steal", innovators in the U.S. and elsewhere are now properly looking to China as a refuge for IPR protection. The United States should face up to its own problems rather than wrongfully attacking China.