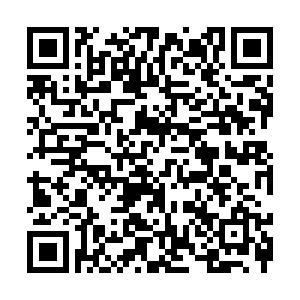 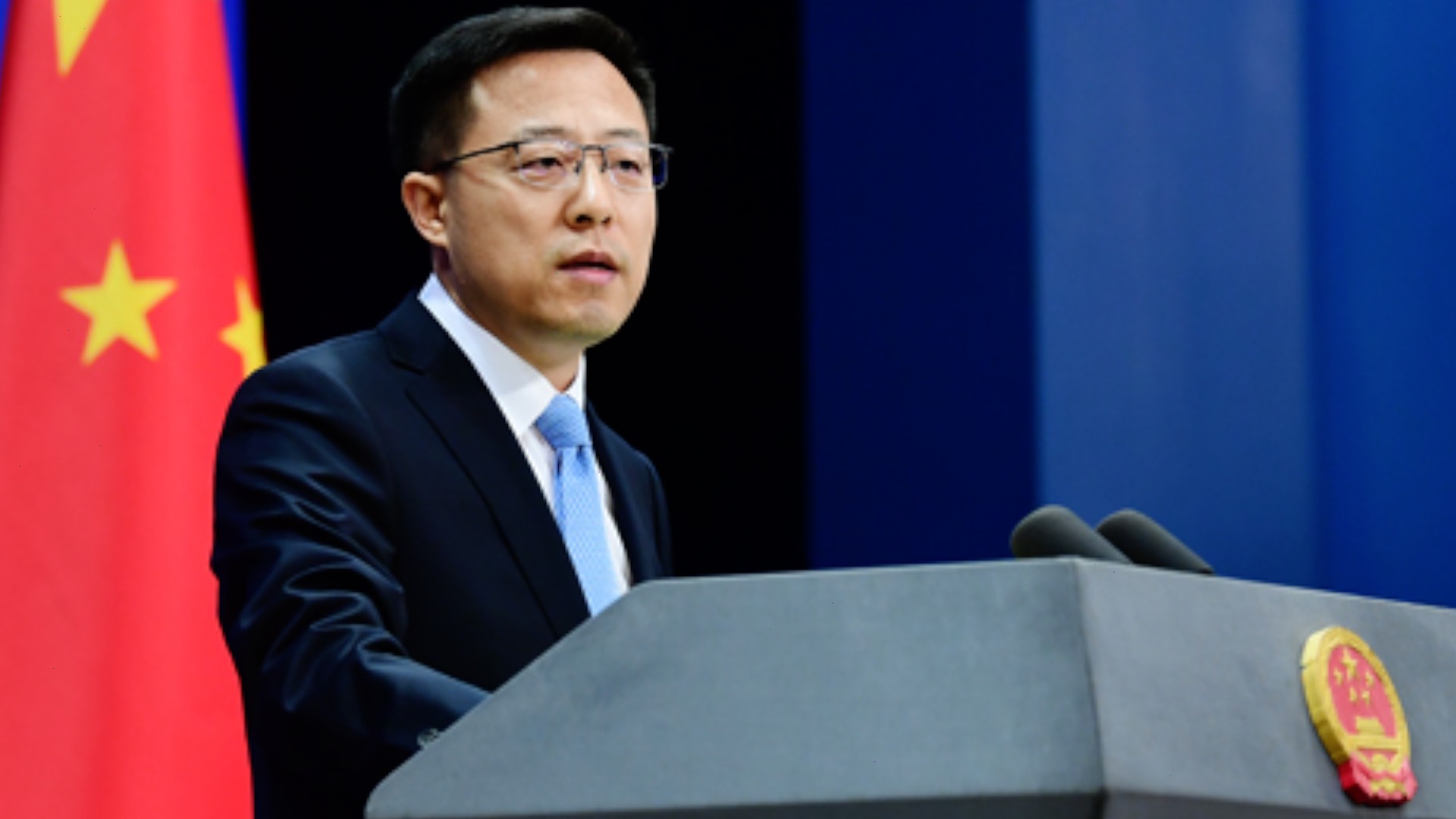 China on Monday expressed "grave concern" over media reports that claimed the U.S. is pondering whether to conduct its first nuclear test explosion since 1992, a decision that will reverse a decades-long moratorium on such actions and undermine a thinly-balanced consensus among other nuclear powers.

The Trump administration discussed the plan on May 15 at a meeting of senior U.S. officials representing the top national security agencies, according to a Washington Post article published Friday. The matter came up after accusations from the administration that Russia and China are conducting low-yield nuclear tests – an assertion that has not been substantiated by publicly available evidence and that both countries have denied, the Post reported.

"We're gravely concerned about the report," Chinese Foreign Ministry spokesperson Zhao Lijian said at a press conference in Beijing on Monday when asked to respond to the article.

Noting that the Comprehensive Nuclear Test-Ban Treaty (CTBT) that calls for banning all nuclear explosions is an important pillar of the international nuclear arms control system, the Chinese official stressed that the treaty is crucial to attaining the global objectives of nuclear non-proliferation and world peace.

"Though it (CTBT) has not yet entered into force, banning nuclear testing has become an international norm. The CTBT is of great significance for nuclear disarmament, non-proliferation and world peace and security. All five nuclear-weapon states, including the U.S., have signed the treaty and committed to a moratorium on nuclear tests," he said.

"The U.S. has conducted the highest number of nuclear tests. We urge it to assume its due obligation and honor its commitment by upholding the purpose and objective of the treaty and contributing to the international disarmament and non-proliferation regime, instead of further disrupting global strategic stability," Zhao reminded Washington.

The May 15 meeting of senior U.S. officials did not conclude with any agreement to conduct a test, but a senior administration official told Washington Post that the proposal is "very much an ongoing conversation." The daily also quoted another person familiar with the meeting as claiming that a decision was ultimately made to take other measures in response to threats posed by Russia and China and avoid a resumption of testing. 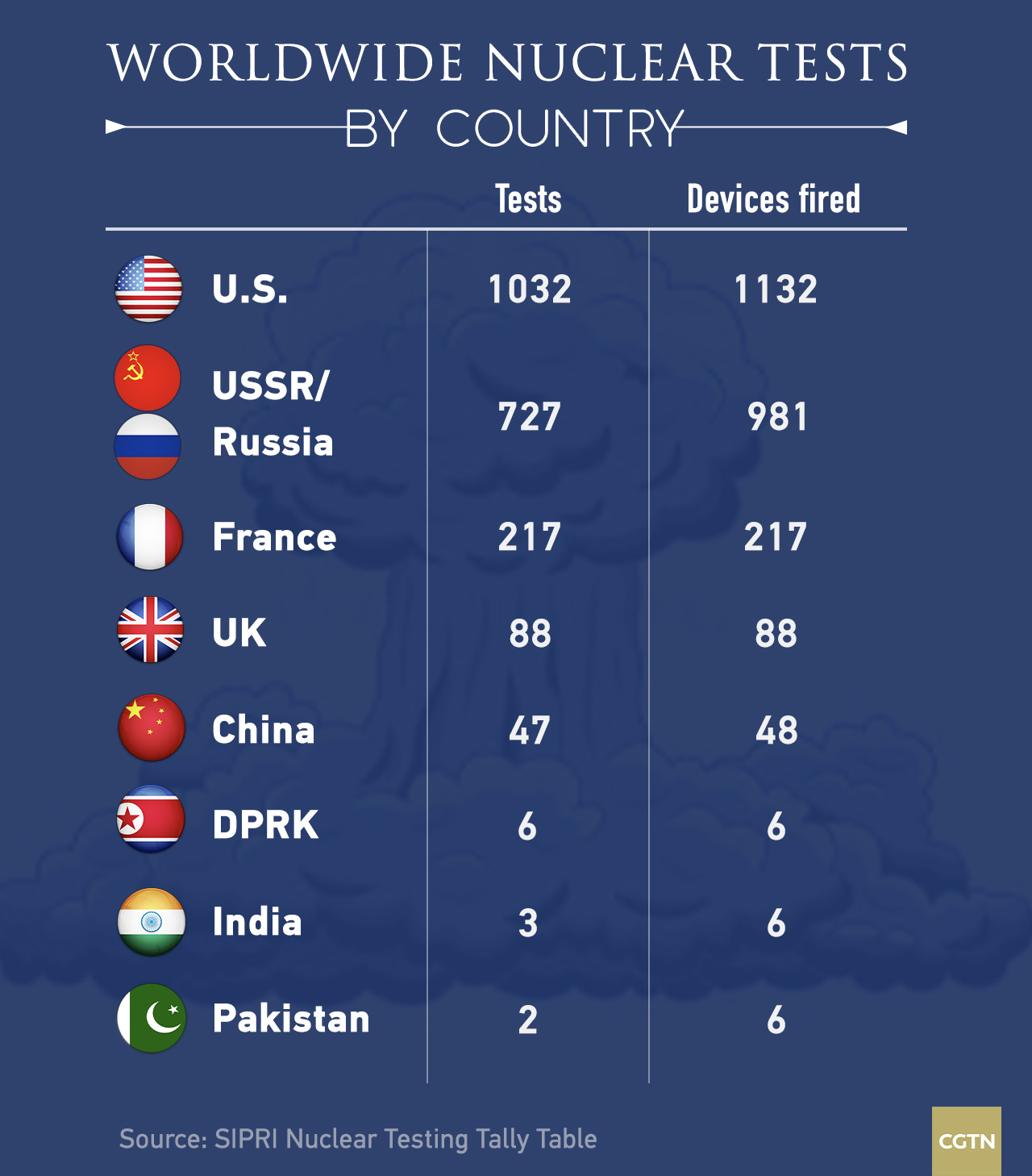 The U.S. has the dubious distinction of being the only country to have used nuclear weapons during wartime, but since 1945 at least eight countries have collectively conducted over 2,000 tests, nearly half of which is accounted for by the U.S.

The U.S. has carried out a total of 1,032 nuclear tests – more than all other countries combined – since its first 'Trinity' detonation on July 16, 1945. It conducted its last test, code-named 'Divider,' in Nevada on September 23, 1992, before CTBT negotiations began in 1993. The treaty was adopted by the UN General Assembly on September 10, 1996, and has been signed by more than 184 nations.

However, it hasn't entered into force as eight of the 44 specific countries that had nuclear facilities at the time of negotiation and adoption – the U.S., China, India, the Democratic People's Republic of Korea (DPRK), Pakistan, Egypt, Iran and Israel – haven't ratified it. Also, India, Pakistan and the DPRK haven't yet signed the treaty.

The enormous support for the treaty though has resulted in a general consensus with most major nuclear powers abiding by its core prohibition on testing. This has led to a near-global moratorium this century, with the DPRK being the only exception, having conducted six tests between 2006 and 2017.

Non-proliferation activists warn that any plans by a major nuclear power to conduct a test explosion now could have destabilizing consequences leading to a new arms race. A test resumption by the U.S. "would be an invitation for other nuclear-armed countries to follow suit," Daryl Kimball, executive director of the Arms Control Association, told the Post.

"It would be the starting gun to an unprecedented nuclear arms race. You would also disrupt the negotiations with DPRK leader Kim Jong Un, who may no longer feel compelled to honor his moratorium on nuclear testing," he said.