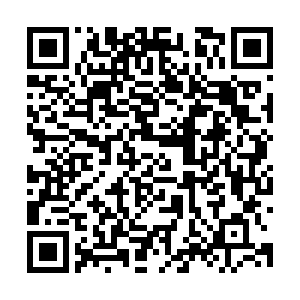 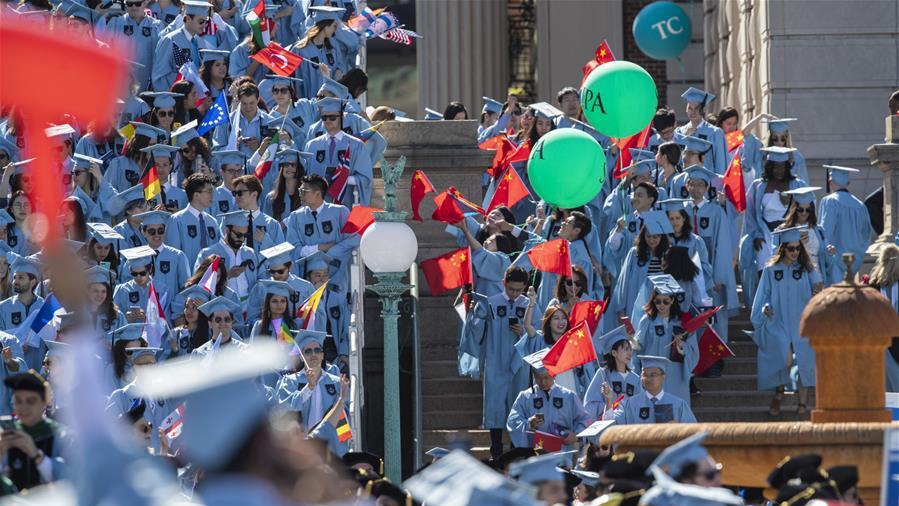 Graduate students enter the venue before the Columbia University Commencement ceremony in New York, the United States, May 22, 2019. /Xinhua

Graduate students enter the venue before the Columbia University Commencement ceremony in New York, the United States, May 22, 2019. /Xinhua

Editor's note: Wang Huiyao is President of the Center for China and Globalization (CCG). The article reflects the author's opinions, and not necessarily the views of CGTN.

On February 27, 2020, the Ministry of Justice of China published the full text of the draft version of the "Regulations of the People's Republic of China on the administration of permanent residence of foreigners" (hereinafter referred to as the Regulations).

From the perspective of globalization, the Regulations is a manifestation of China's further engagement in the governance of global talent flow and a necessary move to promote global cooperation. It is also in keeping with the prevailing spirit of China's reform and opening up as well as the values of building a community with a shared future for mankind.

With deepening globalization of commodities, technologies and capital, the 21st century is evolving into a century of more people-oriented globalization. In response, countries have introduced more favorable policies for visas, permanent residence and even immigration to attract international talent.

In May 2019, U.S. President Donald Trump announced an immigration plan which, while keeping immigration levels static, would prioritize merit-based immigration and limit the number of people who could get green cards based on family ties. In other words, it favors "valuable" immigrants such as outstanding students, professionals and skilled workers.

The UK recently introduced the "Global Talent Visa," an initiative that has no limits on the number of visas, to attract the world's leading scientists, mathematicians, researchers and technicians. Germany's new Skilled Immigration Act has launched the "Germany Job Seeker Visa" scheme and even lowered the criteria of immigration for skilled workers. All these moves adopted by the countries bear testimony to the great importance of talent.

China is the world's largest trader in goods and the second-largest source of outward foreign direct investment (FDI), which makes it essential for China to participate in the governance of international talent flow. As an active participant and promoter of globalization, China is further integrating into the international community. Based on the philosophy of more opening up and reform, China needs also to attract global talent to upgrade China into a more innovative society.

The Regulations represents a concrete action in answering President Xi Jinping's call of "widely attracting best talent from all over the world." According to statistics from several ministries and commissions, the total number of international degree students in China has reached about 258,000 over the years. There are only a few hundred thousand foreigners working in China. The proportion of international talent in China's workforce is only 0.04 percent, the lowest in the world. 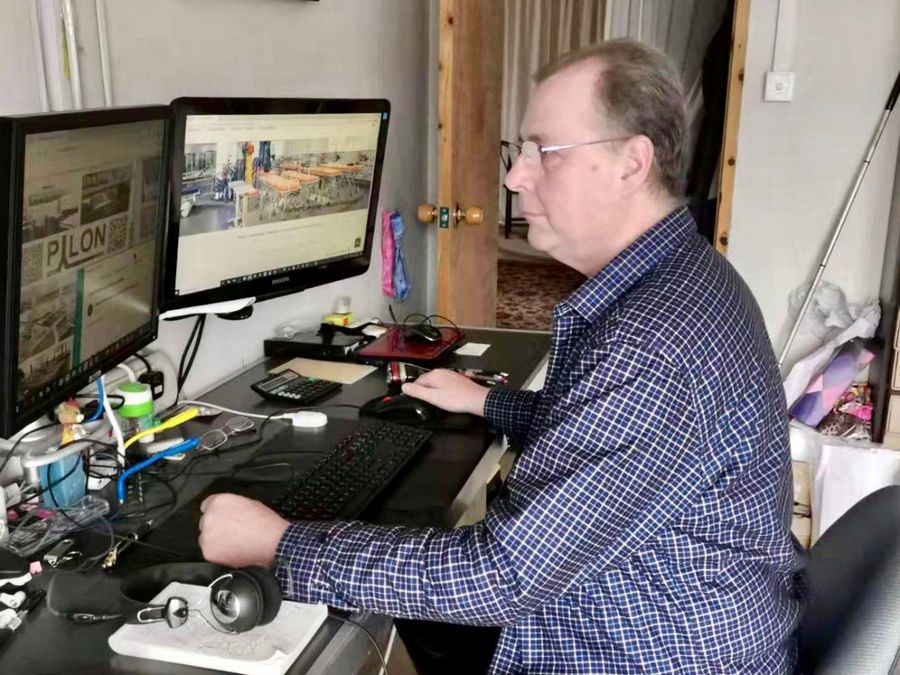 In contrast, according to statistics from the Ministry of Education of China, in 2018 alone, 621,000 Chinese students went abroad to study, making China the world's largest source of international students and largest talent outbound  country.

The latest data from the United Nations show that in 2019, China overtook Russia with 10.7 million emigrants (India, 17.5 million; Mexico, 11.8 million) to become the third biggest country of origin of immigrants. The remittance data indicate that in 2018, China ranked second in remittances receiving countries with 67.4 billion dollars.

At present, only about 20,000 foreigners have obtained permanent residence in China. According to estimates by OECD officials, more than 200,000 Chinese doctoral students and two million graduate students currently work in OECD countries.

As its economy grows, China also needs to upgrade some of its "demographic dividend" into "talent dividend." The apparent lack of international talent is hindering China's science and technological innovation as well as economic and global development.

The Regulations aims to promote international talent cooperation and stimulate industrial innovation. If the Regulations becomes effective, overseas Chinese will account for a considerable share of applicants for permanent residence, which will enhance the cohesion of Chinese diaspora and China's international influence.

From the perspective of long-term development, it is imperative for China to consider how to improve its governance of international talent flow and immigrants as it further engages in globalization. After 40-odd years of reform and opening up, China has opened its markets of commodities, technologies and capital to the world.

At present, with the rise of China, it is only natural that more international talent will come to China for better opportunities. In fact, China did have in place a system of permanent residence for foreigners in the late 20th century and its "Measures for the Administration of Examination and Approval of Foreigners' Permanent Residence in China" was promulgated in 2004.

However, China has not yet built up a fully functioning system of immigration law. China's current system of immigration suffers from overlapping and fragmented management. Existing measures of foreigners' permanent residence in China are not written into law, which means there are no reliable references for local governments, thus creating problems in managing international talent and immigrants.

Therefore, the Regulations aims to solve those problems by writing relevant measures into law, which is a big step forward in promoting the rule of law in China's immigration governance system.

All the articles of the Regulations are formulated based on China's national realities while also drawing upon international best practices. Compared with similar content in the past, the articles have shown some innovative highlights. 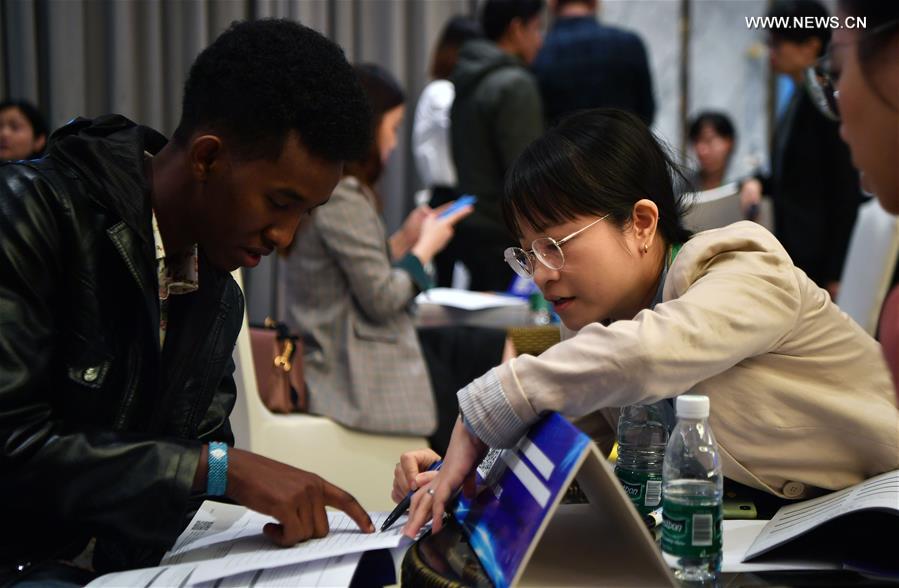 A foreign job hunter communicates with an employer during a job fair in Haikou, south China's Hainan Province, December 18, 2019. /Xinhua

A foreign job hunter communicates with an employer during a job fair in Haikou, south China's Hainan Province, December 18, 2019. /Xinhua

In terms of management, the Regulations stresses that competent authorities should build a coordination and information-sharing mechanism to enable streamlined processes and improved efficiency. In terms of talent attraction, the Regulations expands the categories of different types of applicants. In the meantime, it gives local Chinese governments more initiative and flexibility to attract by taking into consideration their local conditions. This is indeed a new solution for China to have global talent match.

However, a system does not become mature overnight. People in China have different opinions on the Regulations, and some even oppose them. Three factors are at play. First, the Chinese public is not well aware of existing foreigners' permanent residence practices in China, so there are bound to be misunderstandings and reasonable doubts about immigration management approaches and content of the Regulations.

Second, as China has not completely relaxed its family planning policy, it is still difficult for many Chinese to comprehend why their birth right isn't a priority. Also, sending children to school and gaining access to medical care in big cities still have difficulties. Third, a small number of extreme criminal cases of violations and illegal immigration of foreign students have caused great concern among the Chinese people and created some concern against foreigners.

To prevent the Regulations from being postponed sine die or becoming empty talk just because of the controversies, the Chinese government needs to do two things.

First, it should further explain to the public the sensitive articles of the Regulations, and address public concerns about immigrants' competition for job opportunities and social resources and even their threat to marriages and family structures. It should be emphasized that the Regulations aims to attract high-end professionals rather than people on the street or those seeking asylum.

Second, the Chinese government needs to work harder to solve the problems faced by the Chinese people, such as family planning, hukou (household registration), housing, children's education, medical care and employment. In this way, the public will better understand the situation and automatically abandon their imagination of "super-national treatment" enjoyed by foreigners in China.

Attracting foreign talent is conducive to China's development and is in line with its opening-up policy. The process may not be smooth, but we shall be confident and open-minded in order to contribute more to building a global talent flow governance and service system featuring greater fairness and inclusiveness.