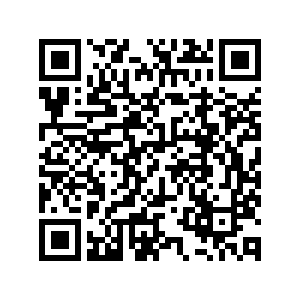 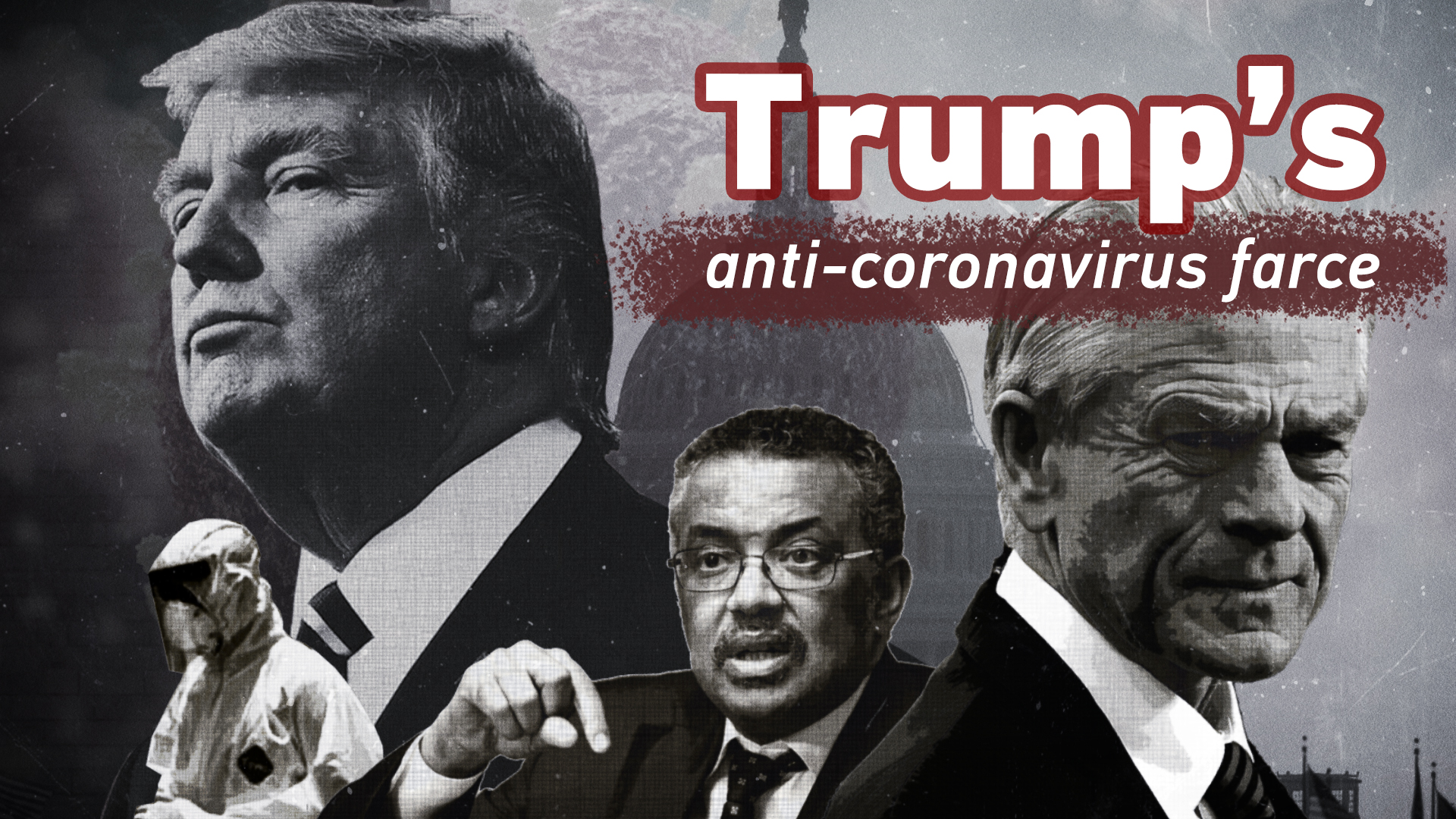 From "very well under control," to "the risk remains very low," to a "very, very painful two weeks," the U.S. president's approach to coronavirus has turned out to be a farce.

"We think we have it very well under control. We have very little problem in this country at this moment – five. We think it's going to have a very good ending for it," Trump said.

"A very good ending?" Hmm… It's true if Trump meant the U.S. becoming the world's "champion" in both coronavirus confirmed cases and death toll. 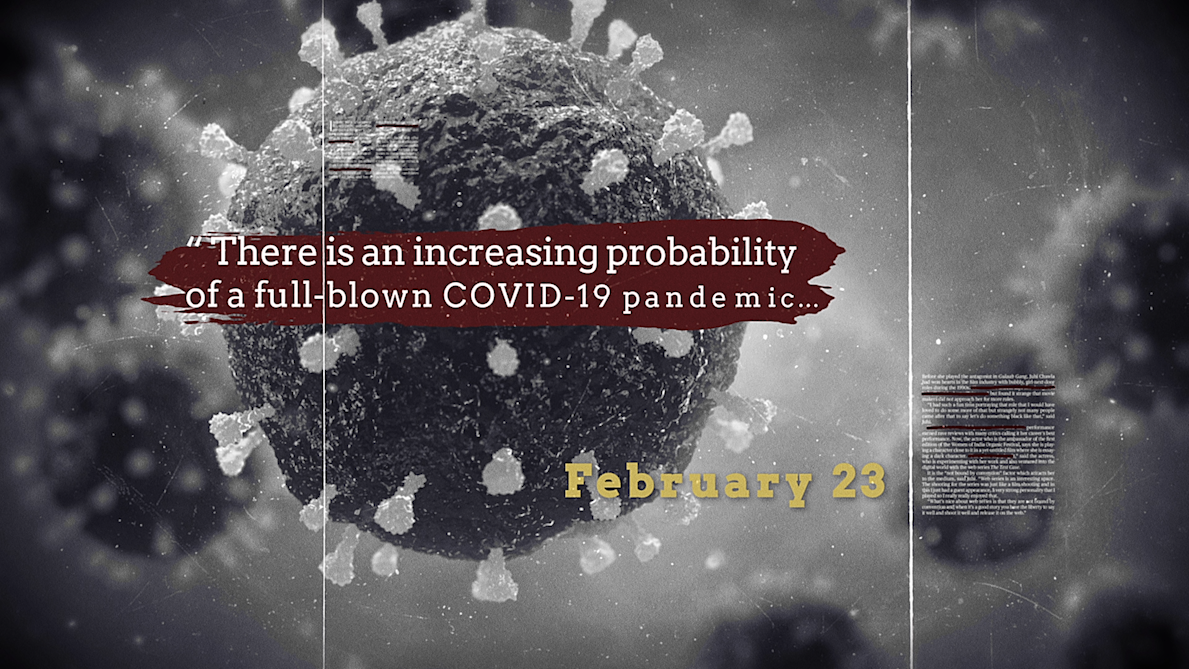 Nearly a month after the WHO declared the coronavirus a global health emergency, a White House aide raised the alarm.

Trump's economic advisor Peter Navarro warned in a memo: "There is an increasing probability of a full-blown COVID-19 pandemic that could infect as many as 100 million Americans, with a loss of life of as many as one to two million souls."

But apparently, Navarro's message didn't concern the decision-maker in chief. As world leaders laid out their own strategies to handle the virus, the No.1 U.S. politician was not worried at all.

"Because of all we've done, the risk to the American people remains very low. We're going to be pretty soon at only five people, and we could be at only one or two people over the next period of time," Trump said.

The fight against coronavirus is helped by a little optimism. Luckily, the U.S. president has plenty of this quality. He also has a special talent: Shielding himself from warnings by international organizations, scientists and his own aides.

For Trump, optimism, not medical treatment or social distancing, was the Trump card to cure patients and contain the virus. And reassuringly, he also had a genius hunch. 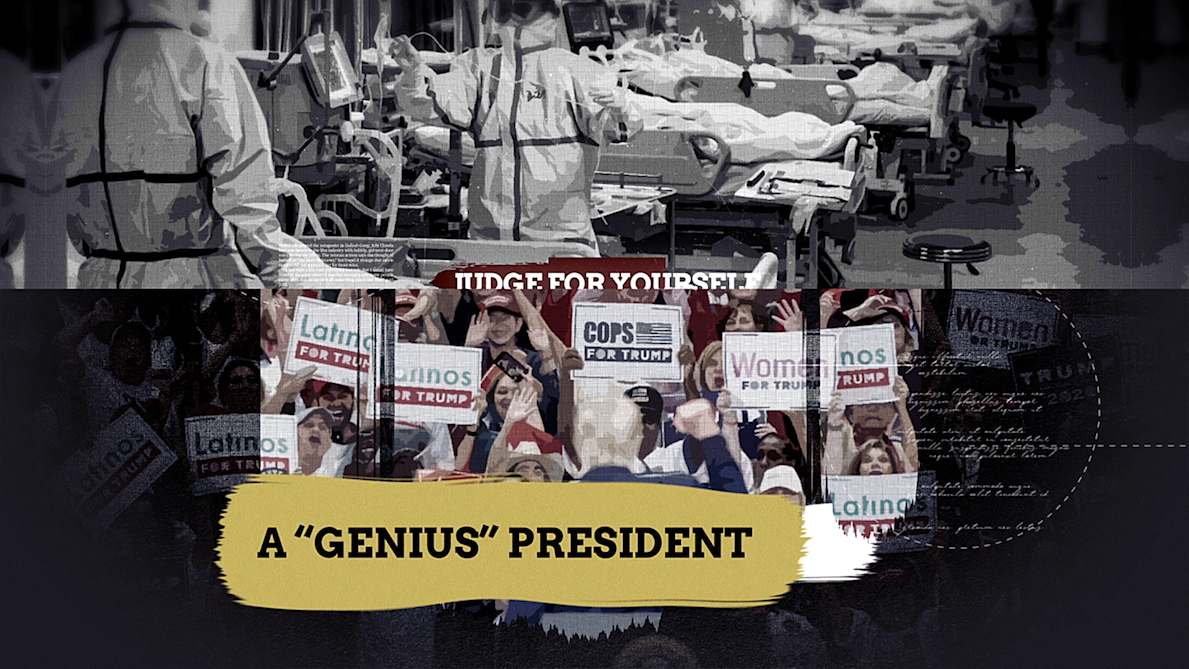 "I think the 3.4 percent (death rate) is really a false number. This is just my hunch. Because a lot of people will have this and it's very mild. So I think that that number is very high. I think the number, personally, I would say the number is way under 1 percent," Trump said.

Days later, the president with a genius hunch took to Twitter to further preach his optimism. "Last year 37,000 Americans died from the common flu. It averages between 27,000 and 70,000 per year… At this moment there are 546 confirmed cases of coronavirus, with 22 deaths. Think about that!"

Yes, think about it: as a slew of countries shut down to tackle the public health emergency, the optimistic U.S. president was still righteously comparing coronavirus with common flu using "solid evidence."

Should Americans be reassured by Trump's remarks? Check the following figures, and judge for yourself.

On March 1, there were roughly 100 confirmed coronavirus cases in the United States. But the number soared to over 10,000 in just 19 days. Due to a lack of testing, the real figure is believed to be significantly higher. 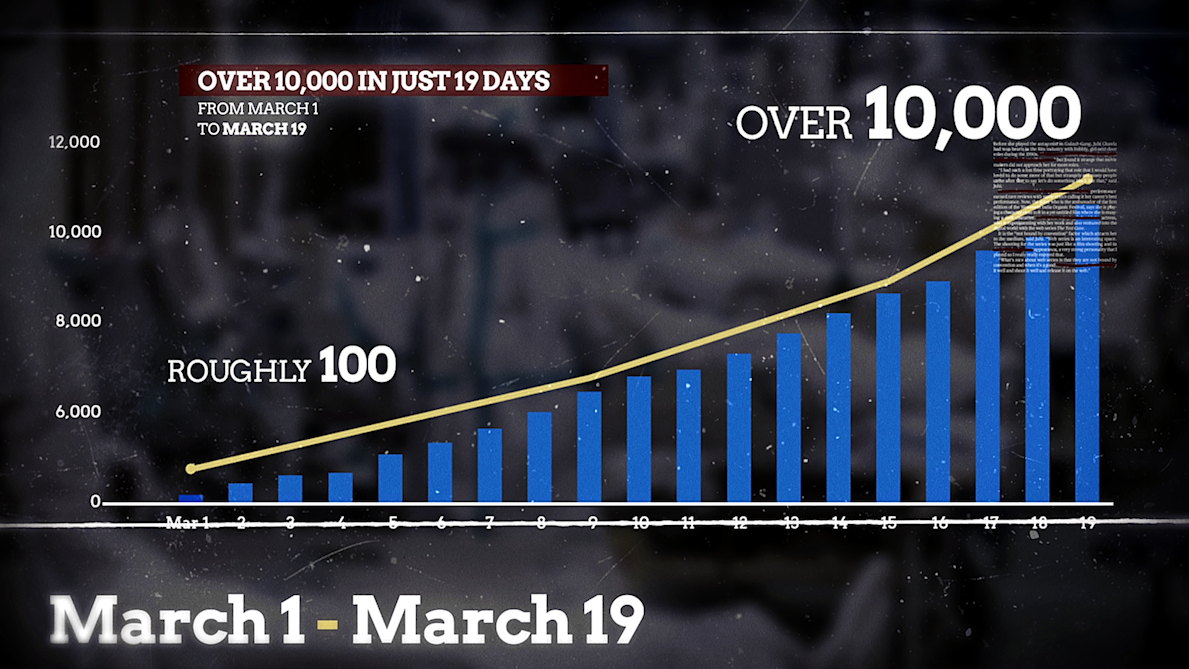 "It's very uncharted territory. It could have been stopped pretty easily if we had known, if everybody had known about it a number of months before people started reading about it. Nobody knew there would be a pandemic or epidemic of this proportion," Trump said.

The WHO announced the outbreak was a public health emergency of international concern weeks earlier, on January 30. Apart from the WHO, Trump's aides warned of a full-blown pandemic several times before the situation spiraled out of control.

There are also reports that Obama's National Security Council drafted a 69-page "playbook on fighting pandemics." Trump knew about the playbook but chose to throw it "on to a shelf."

The U.S. overtook China and Italy to be the country with the most confirmed cases on March 26. The president finally started to get the message.

"I want every American to be prepared for the hard days that lie ahead. We're going to go through a very tough two weeks. This is going to be a very painful, very, very painful two weeks," Trump said.

Yes. You heard that right. The optimistic president finally acknowledged the severity of the crisis. But don't forget, it was on April Fools' Day that Trump made these remarks. No one would be shocked if the president quickly re-shifted his tone on coronavirus. After all, he is the "fickle-minded" Donald Trump. 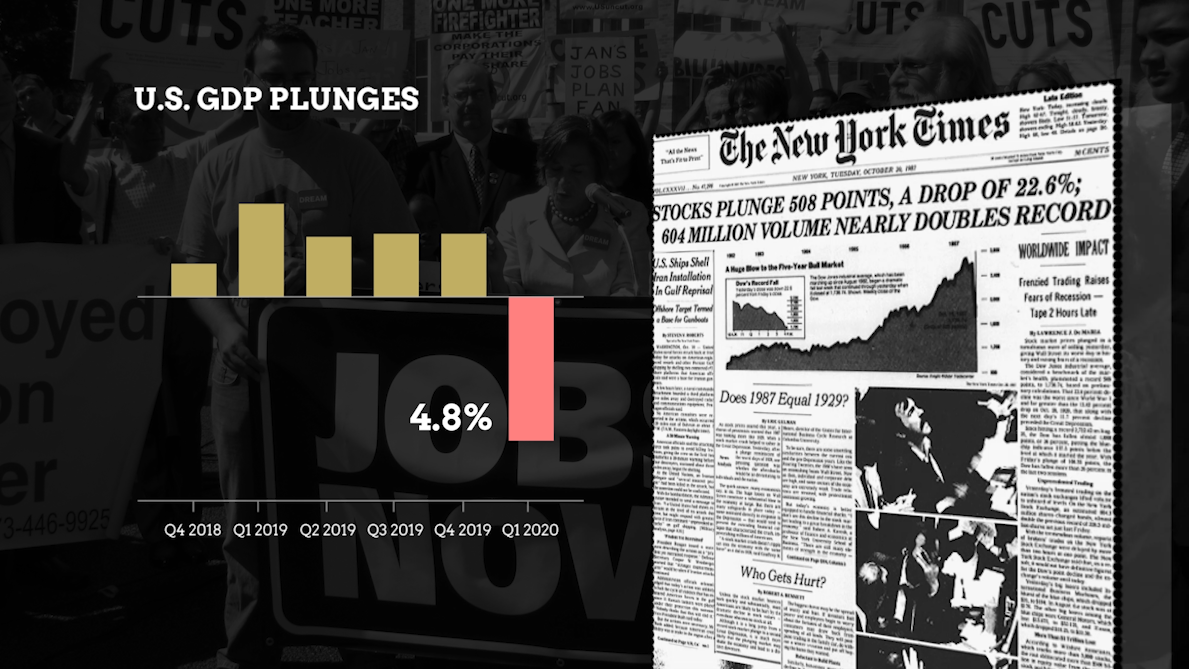 "America wants to be open. And Americans want to be open… Based on the latest data, our team of experts now agrees that we can begin the next front in our war, which we are calling Opening Up America Again," Trump said.

Days after the "very, very painful two weeks" warning, Trump unveiled a three-phase plan to reopen the country's economy. Apparently, the president did feel the pain of the pandemic, but more in economic terms than in human lives.

The U.S. economy suffered a 4.8 percent drop in the first quarter, the sharpest since the Great Recession. Millions more Americans have started to seek unemployment benefits and the jobless rate hit 14.7 percent. Trump is anxiously pushing Americans back to work.

Don't forget about the soaring mortality in the country. Coronavirus has killed more Americans than the Vietnam War. The world's superpower has taken little over a month to centuplicate its confirmed cases from 10,000 on March 19 to 1 million on April 28.

Yet Trump is pushing to re-open the country at the risk of greater loss of human lives. 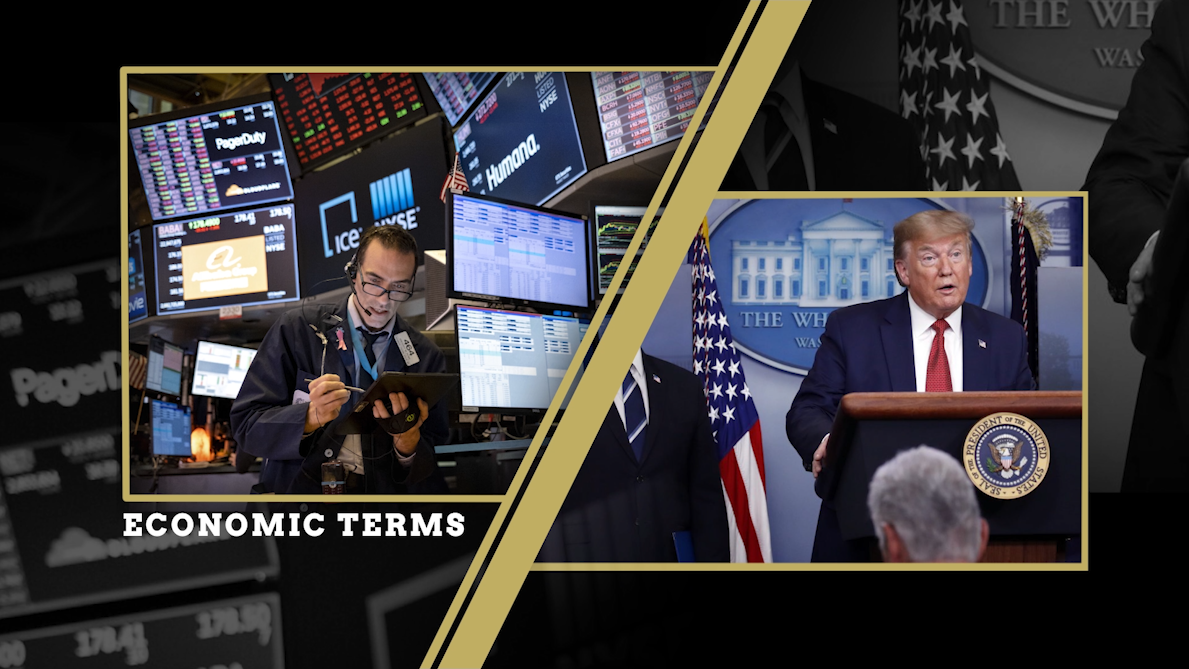 Trump is doing everything to protect his image, including not wearing a mask in front of cameras.

"I didn't need it, and I asked specifically the head of Honeywell, 'Should I wear a mask?' and he said, 'Well, you don't need one in this territory.' And as you know, we were far away from people, from the people making the masks."

This is how the stylish president defended his decision not to cover his face during a tour to Honeywell's mask facility. But interestingly, Honeywell officials remained silent when asked whether the president was exempted from the mask rule.

Trump has not worn a mask in public. For him, covering his face would "send a wrong message" that he focused more on the health threat than on economy.

But as Trump's personal health is at risk, he has eventually made a good choice.

After two of his aides tested positive for coronavirus, Trump ordered all West Wing employees to wear a mask at work. But this stringent mask policy does not apply to himself. Of course, it makes sense. Only after having his own life secured can the president send the right message on the economy.

The U.S. president has taken misstep after misstep in his anti-coronavirus fight. But sadly, Trump has shown no intention to make up for his mistakes. Perhaps it is time for Trump to rethink what he wants next and how to get it. After all, laissez-faire and pique is no substitute for policy. It will only lead the U.S. to nowhere.