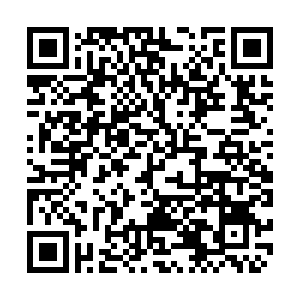 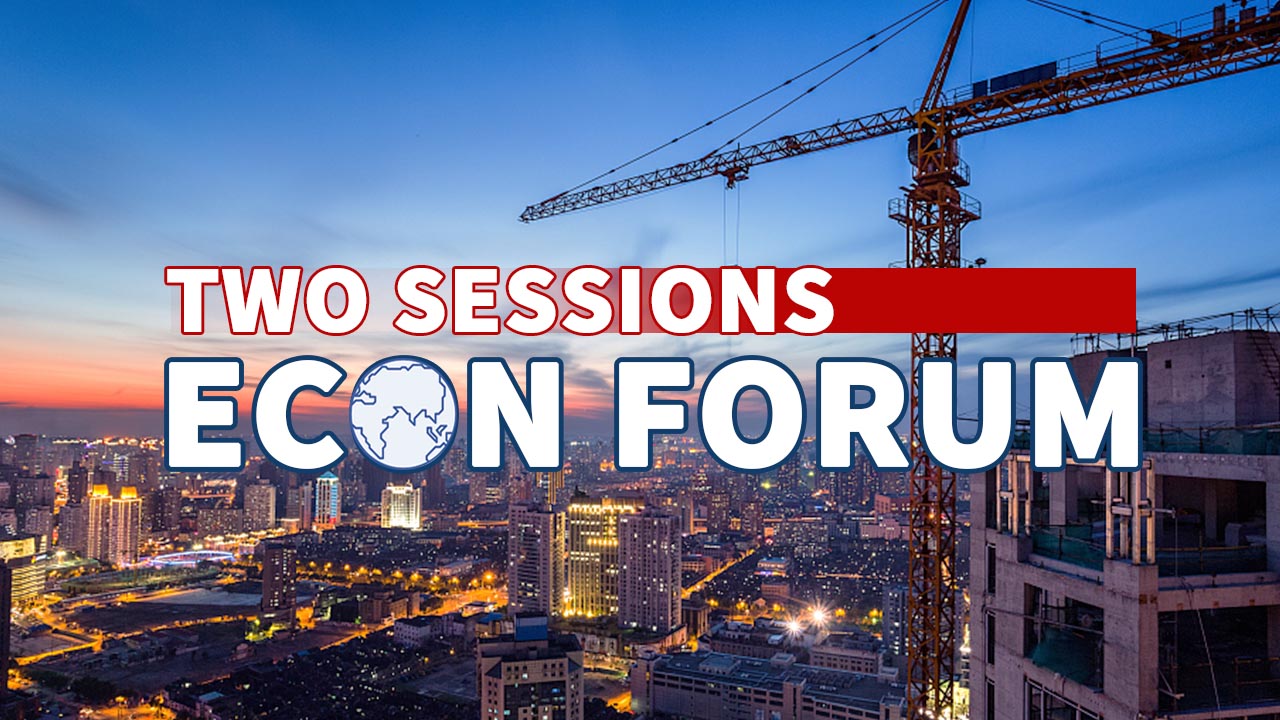 As China steps up efforts to build new infrastructure, experts predicted that the initiative may provide a new engine for economic growth, spur employment, and improve the education and vocational training of talents in China.

The initiative has been one of the most discussed topics at this year's ongoing Two Sessions after it was included in the Government Work Report delivered by Premier Li Keqiang.

"We will step up the construction of new types of infrastructure. We will develop next-generation information networks and expand 5G applications. We will build more charging facilities and promote the wider use of new energy automobiles. We will stimulate new consumer demand and promote industrial upgrading," said Premier Li.

New infrastructure is not a new concept. China has consistently invested in innovation. However, the new infrastructure idea gained pace and widespread media attention during a high-level policy meeting on March 4 – where policymakers called for quickening the pace of new infrastructure investment – to help China's economic recovery from the coronavirus epidemic.

It drives efficiency by better matching supply with demand, enables smart cities for sustainable living, boosts productivity by upgrading manufacturing, speeds up digitization of the economy, and solidifies data's position as a new factor of production.

China's Industry and Information Technology Minister Miao Wei also said on Monday that the country would speed up 5G development despite disruptions caused by the coronavirus pandemic.

According to Miao, China is building over 10,000 new 5G stations every week and April alone saw the number of 5G users in China increase by 7 million. So far, China has over 36 million 5G users. 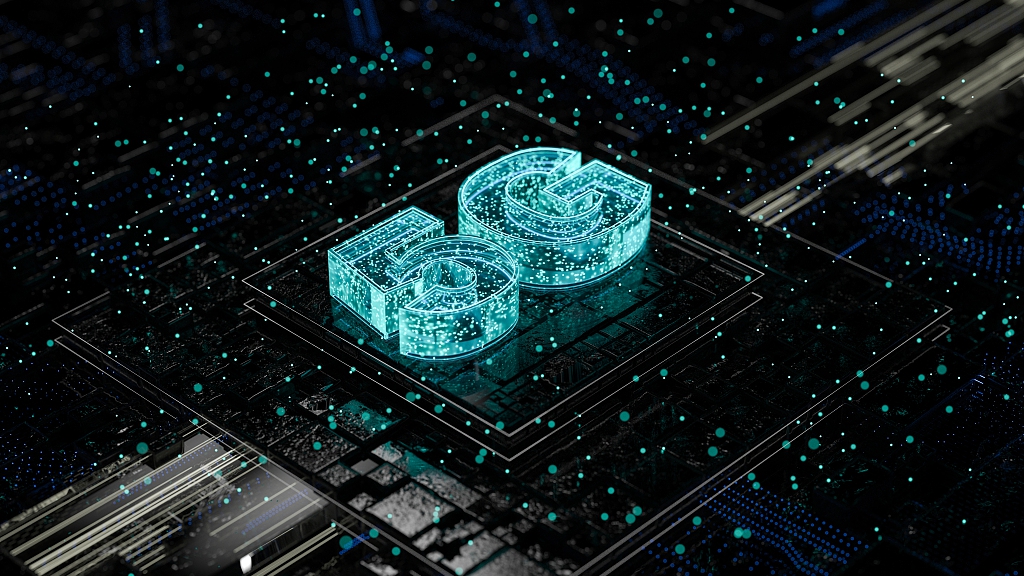 Talking about how this new infrastructure initiative can help offset the negative impact from the COVID-19 and explore new growth engine for the economy, Andy Mok, Senior Research Fellow from Center for China and Globalization, said the initiative is a classic move from Chinese government playbook, meaning on one hand it's both ambitious and elegant solution to solve an urgent short-term problem, on the other hand, it lays the groundwork for future sustainable growth.

"The announced number for investment in new infrastructure by 2025 is 10 trillion yuan, which is about 1.4 trillion U.S. dollars. And there's also an additional 17 trillion yuan expected to be invested in related industries. It's important for boosting consumer confidence," Mok further explained.

Zhu Haibin, chief China economist at J.P. Morgan, cautioned that the new infrastructure initiative is not sufficient to completely offset the COVID-19's shock for the economy for this year.

"So far economic recovery still largely depends on traditional infrastructure sectors like real estate, manufacturing and also the consumption, depending on how quickly they can be normalized," said Zhu.

Zhu also echoed that, in the medium and longer-term, these new infrastructure concepts are closely related to the industry upgrade and the transformation of China's digital economy.

"As government further support on this new infrastructure, also it will help the economy to walk out of this the deep recession we saw in the first quarter and move back to normalizing," he said.

Chinese internet companies have also been expanding rapidly in the public cloud market, by investing heavily in technology and building out the infrastructure.

According to a report from global market research firm International Data Corp, China will continue to lead the growth of the global cybersecurity market in the coming five years, with the market size expected to reach 17.9 billion dollars in 2023. The compound annual growth rate for China's cybersecurity spending from 2019 to 2023 will be 25.1 percent, compared with the global average of 9.44 percent.

"China's e-commerce sector has been growing very rapidly now accounting for roughly one-fourth of the global whole. China's digital population is three or four times in the size of the U.S. So that data paved the good foundation for the rapid development of this industry in China. It's a particular new economy we need to stick to the market-oriented reform that encourages market access and fair market competition, that's the key to the healthy development of the market," Zhu further elaborated.

One thing Zhu specifically emphasized is that there's a need to avoid over-investment within a short period of time in echoing the government's call.

"For example in the last round of the big data, we see many local governments – even when they don't have such advantages – still spend a lot of money on this sector. Eventually in the longer term, it's another case of inefficiency and waste of resources. We should prevent such phenomena from happening and keep fostering supply-side structural reform."

This year's government work report set a target of creating over 9 million new urban jobs in 2020 and achieving a surveyed unemployment rate of no higher than 6 percent.

"In American government parlance, we would say it is these are 'shovel ready' projects, meaning that the government is able to immediately translate an important policy initiative like this into on-the-ground results," said Mok.

A key aspect is the jobs market for new graduates and postgraduates with nearly 9 million seeking to enter the labor force, the shift in talent demand is expected to affect China's education and vocational training.

"We need to train the young colleges and nurture their expertise, which is in line with the transformation of the economy particular digitalization economy," Zhu added. 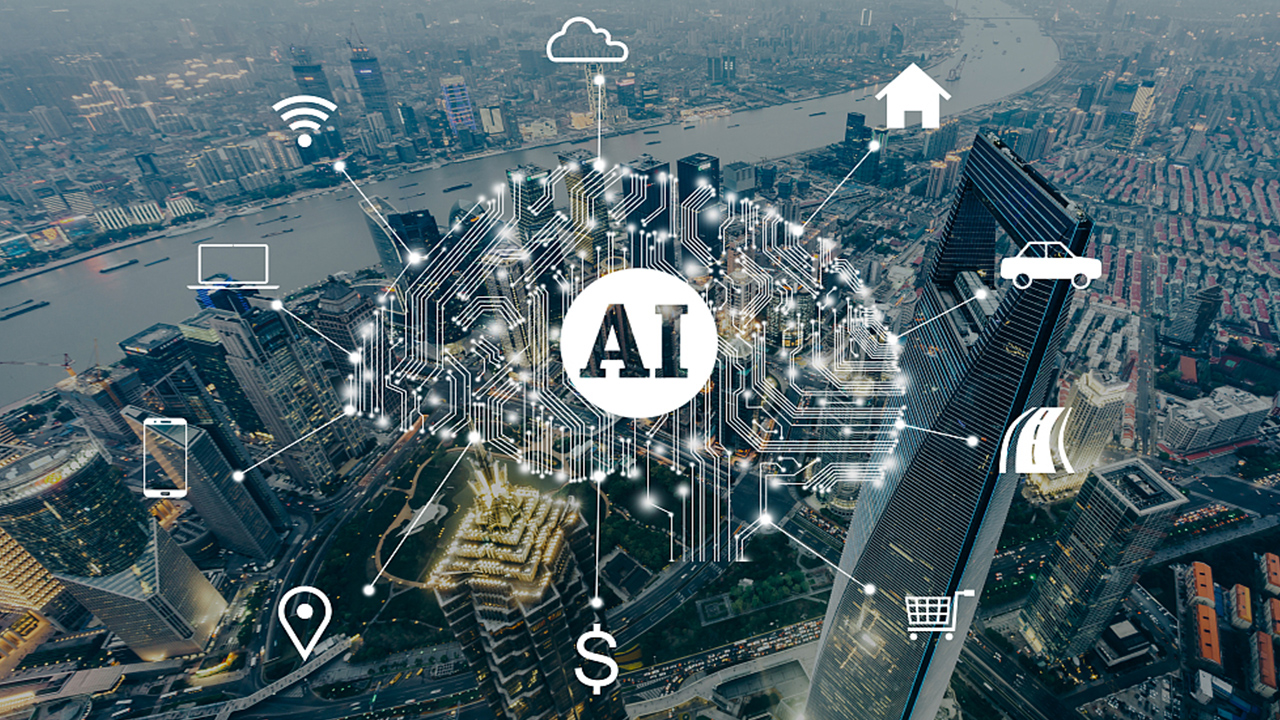 Chinese firms are thirsty for AI engineers as they compete for the business high ground. Artificial intelligence is projected to grow at double-digital speed through at least 2022. The multi-billion sector has attracted significant investment. Global AI software provider Element AI says Chinese investment in the technology accounted for 60 percent of the world's total AI investment.

As China aims to become an AI powerhouse, Mok said it's a reasonable conclusion to draw that China could become a global leader in AI by 2030, overtaking the U.S.

"China's economy is the largest in purchasing power parity term. Its growth rate is a multiple of the U.S. but more importantly, in terms of the number of STEM graduates, the number of patents is the investment in R&D, all these sectors outpaced the U.S. as well," Mok added.

The advent of AI is meant to be the silver bullet that unlocks further economic growth. It's also expected to improve social services such as education, health care and agriculture, especially in rural areas. But the cost of AI tech is high and in most rural areas it's hard for people to afford to buy AI services. Talking about whether there will a severe digital divide between urban dwellers and rural residents, as well as between those with higher and lower-income levels, Wang Dan, the economist from Economist Intelligence Unit, gives a "yes and no" answer:

"For the first few decades, the gap is inevitable because it is easier to layout those infrastructures in densely populated areas rather than in rural areas. But overall, I think eventually this gap will be narrowed and very quickly," Wang said.

Wang pointed out that large sectors of the rural population would benefit from this AI development.

"In contrast to common sense, it would benefit other rural workers a bit more than urban workers. Because a lot of the workers in urban areas, like the financial advisors or accountants, do this kind of repetitive work which that can be easily replaced by software or artificial intelligence. But for rural farmers, it's a lot harder to design software to replace them. So I think in the end, artificial intelligence will be a driving force to close the gap between rural and urban, and also to close the gap between different income groups."