Call off or go online? How are the world's film festivals coping with COVID-19?
By Hong Yaobin 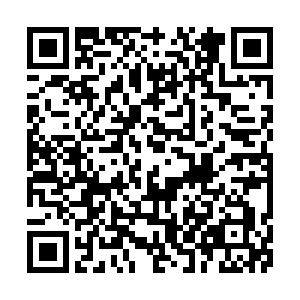 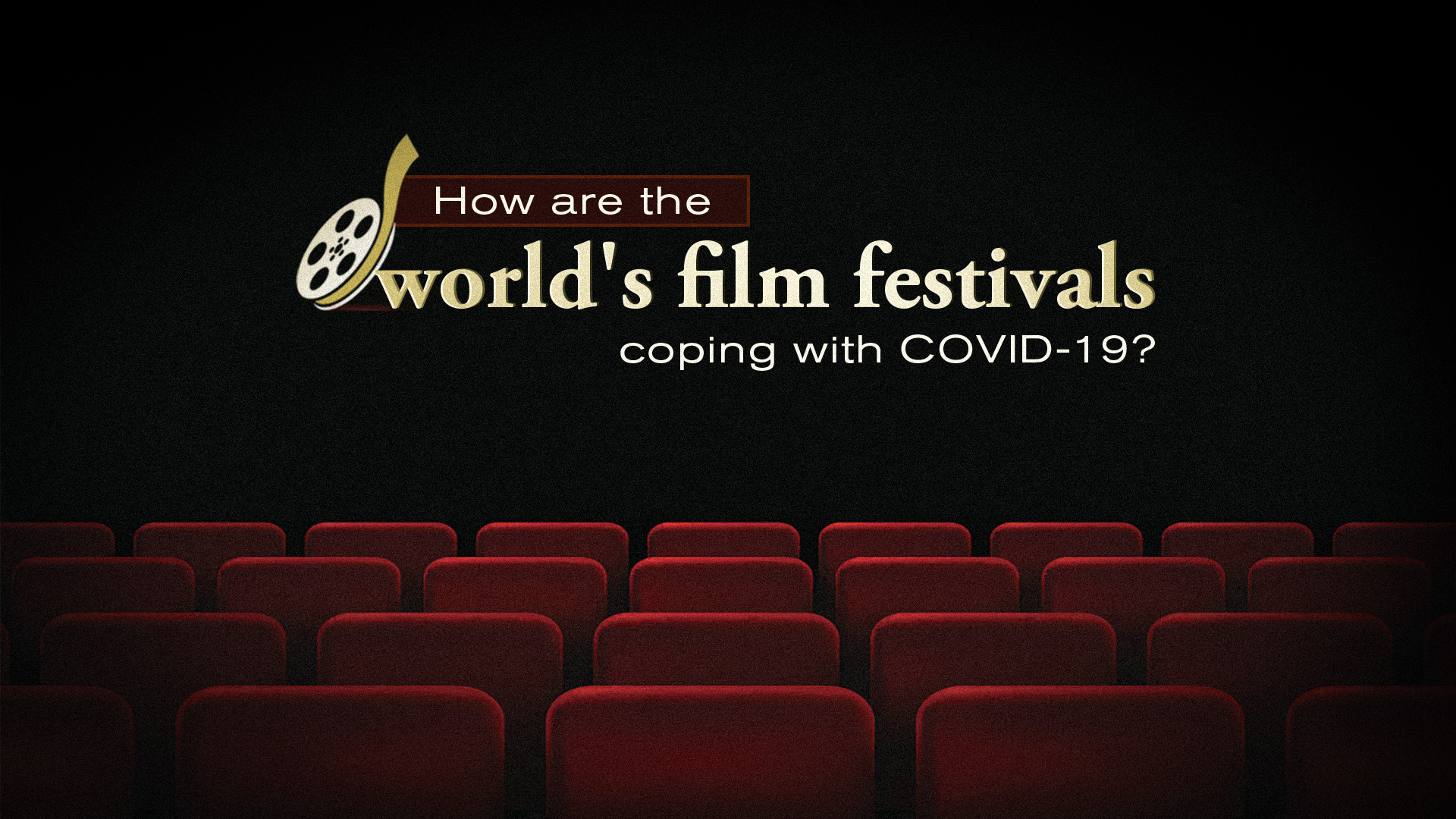 Cannes should have been buzzing with movie stars and cinema fanatics last Saturday as that was intended to be the last day and climax of this year's film festival, at which the winners of the Palme d'Or and other awards would be celebrated.

The French Riviera resort, however, is almost empty this May as the prestigious film festival was canceled for the first time since World War II due to the novel coronavirus pandemic.

One of the biggest and best known events in the world's movie calendar, Cannes is among the film festivals across the globe, large and small, that have been rocked by postponements and cancellations in the wake of the COVID-19 outbreak.

As an alternative, film festivals and awards are moving online and rolling out digital iterations as a replacement for their usual physical editions. 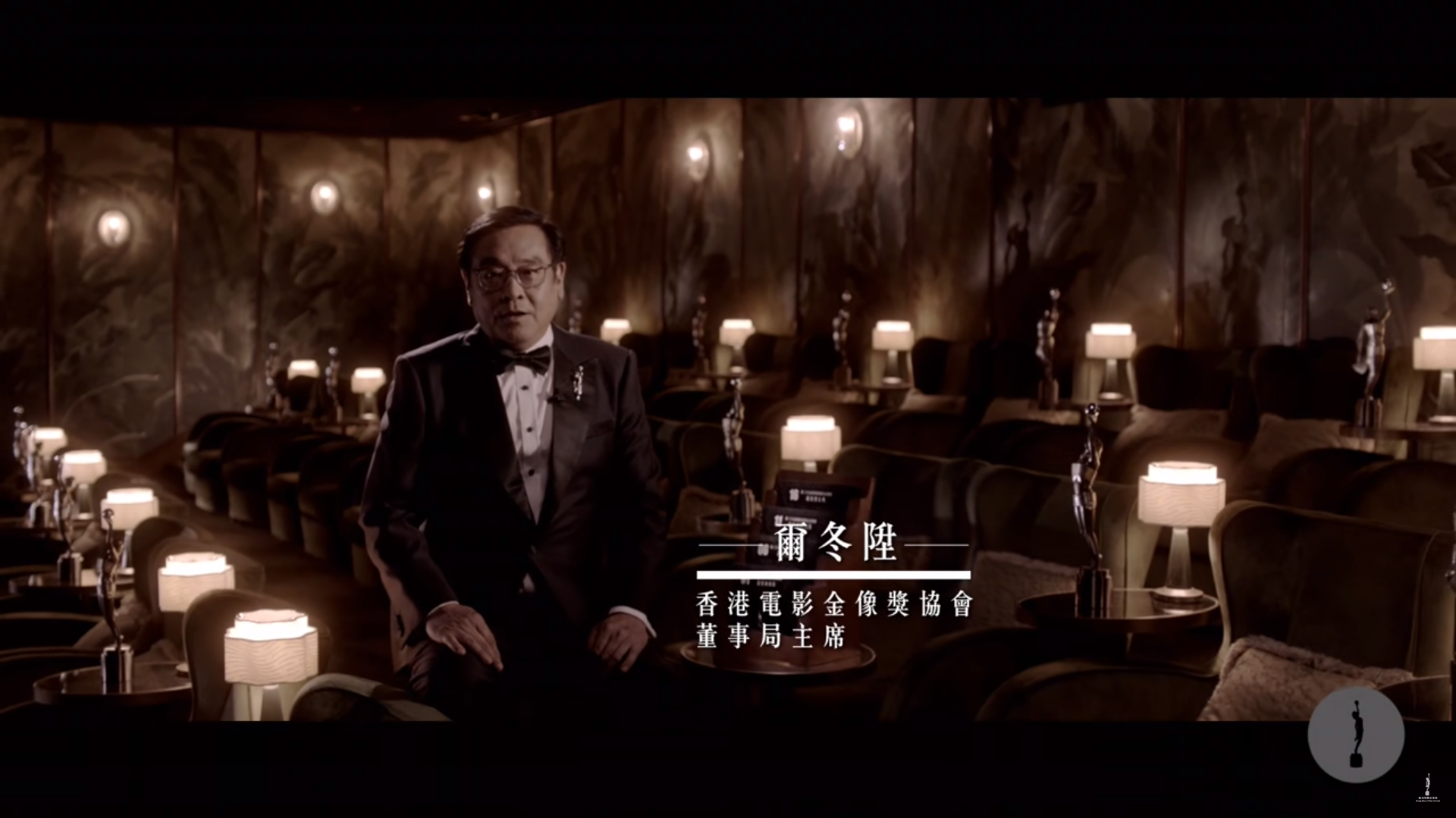 Facing the current health crisis, big festivals are trying new methods and teaming up to bring something fresh. For instance, Cannes, Venice, the Berlinale, Sundance and Tribeca are among 20 international festivals offering viewers worldwide a free online film festival from May 29 to June 7 under the name "We Are One: A Global Film Festival."

For the first time in the awards' history, the 39th Hong Kong Film Awards, one of China's top film awards, went virtual with the aid of multiple social media platforms such as Facebook, Instagram, and Weibo, with winners of 19 awards announced by veteran filmmaker and Hong Kong Film Awards Association chairman Derek Yee via livestream.

After the "cloud" award ceremony, which lasted for only about 30 minutes in total, the winners were sent their trophies by express delivery, which was jokingly called by many netizens "the most down-to-earth award process."

Earlier this month, this year's Beijing International Film Festival, which was originally scheduled to run from April 19-26, cooperated with leading Chinese streamer iQiyi to launch an online version with a total of 32 film screenings during China's five-day May Day public holiday. 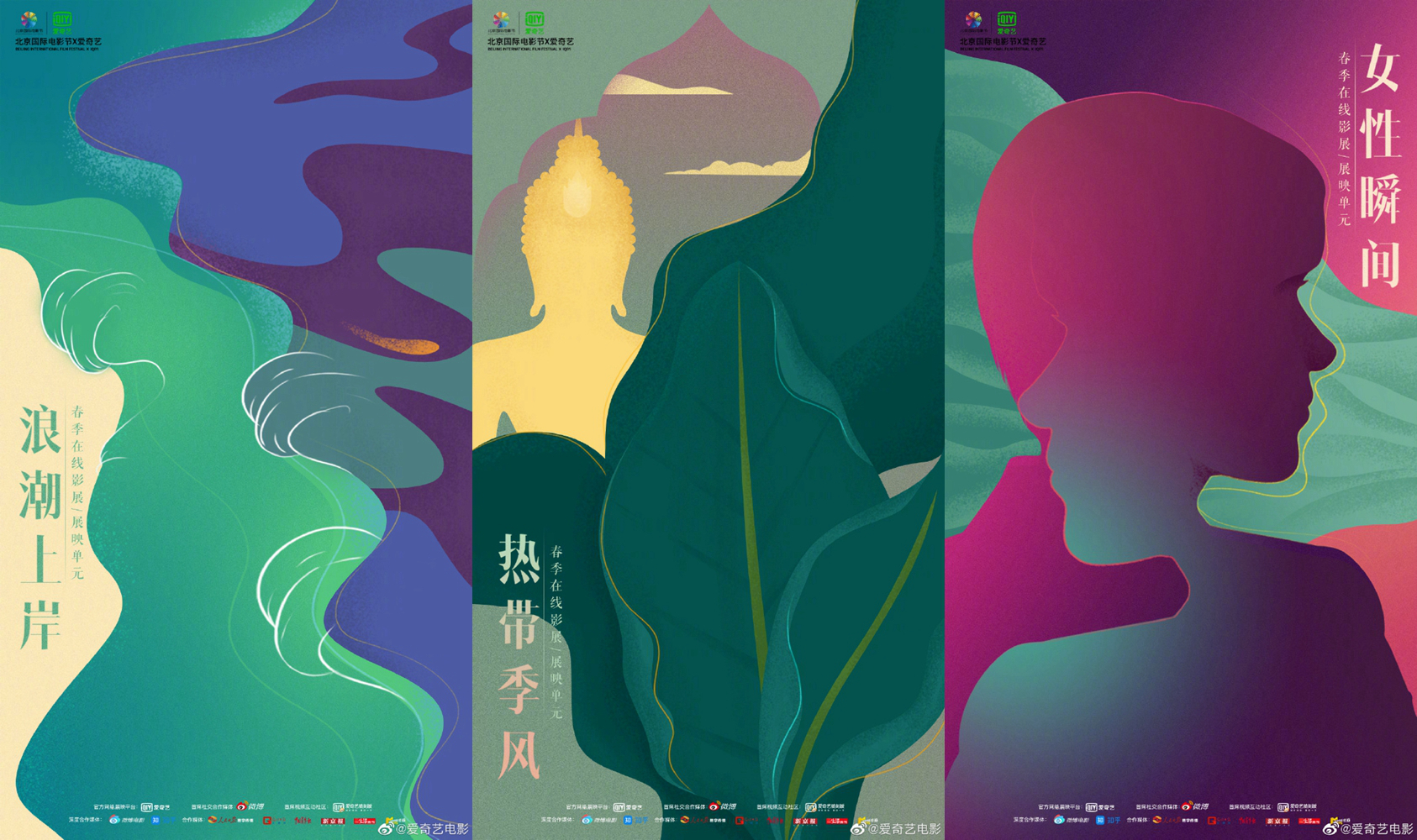 To make the virtual edition "more real," the organizers adopted ticket booking for several titles with a limited number of tickets sold online, and the ticket buyers could only watch the film once during a fixed period of time. According to Song Jia, general manager of iQiyi Film Center, these arrangements "allowed the audience to experience one of the most exciting moments during the film festival."

Some cinema lovers, however, expressed their dissatisfaction with the film selections as most of the films were "not new enough." In addition, some complained about the limited tickets and described ticket reservation as being a "needless part."

"I can't believe that the organizers thought we love booking tickets instead of watching films," reads a comment on Weibo, China's Twitter-like social media platform. 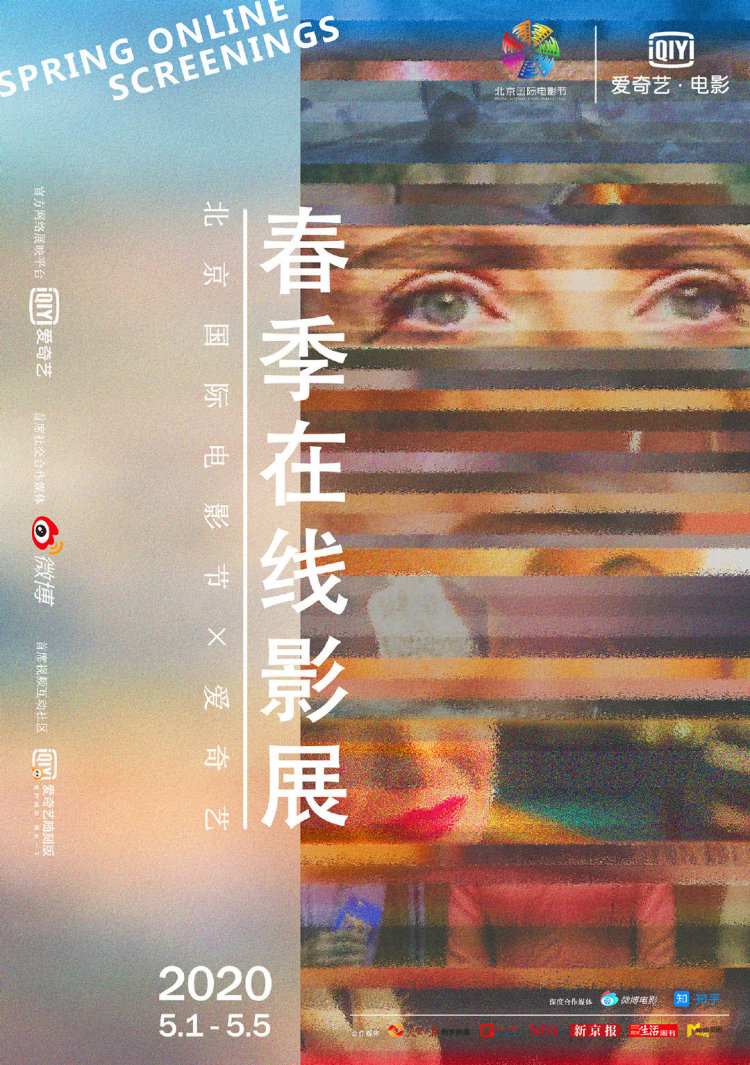 But there were still many fans sharing freshness and excitement about participating in online screenings from the comfort of home in a first.

Insiders believe that the advantage of a virtual film festival is that it breaks through geographical barriers so that audiences from all over the world can get access to the new releases and screenings via digital platforms.

Celebrated Chinese actress Hao Lei, who played the lead role in "Spring Tide," said at the film's online post-screening session that one of the purposes of making a movie is to let more people see it, and playing it online means that more people will see it. "From this perspective, it is a good thing," she added.

The film's director Yang Lina also noted that through the event, the work "will definitely find its own audiences, and there should be many potential audiences [it could reach]."

'Sense of ceremony' is irreplaceable 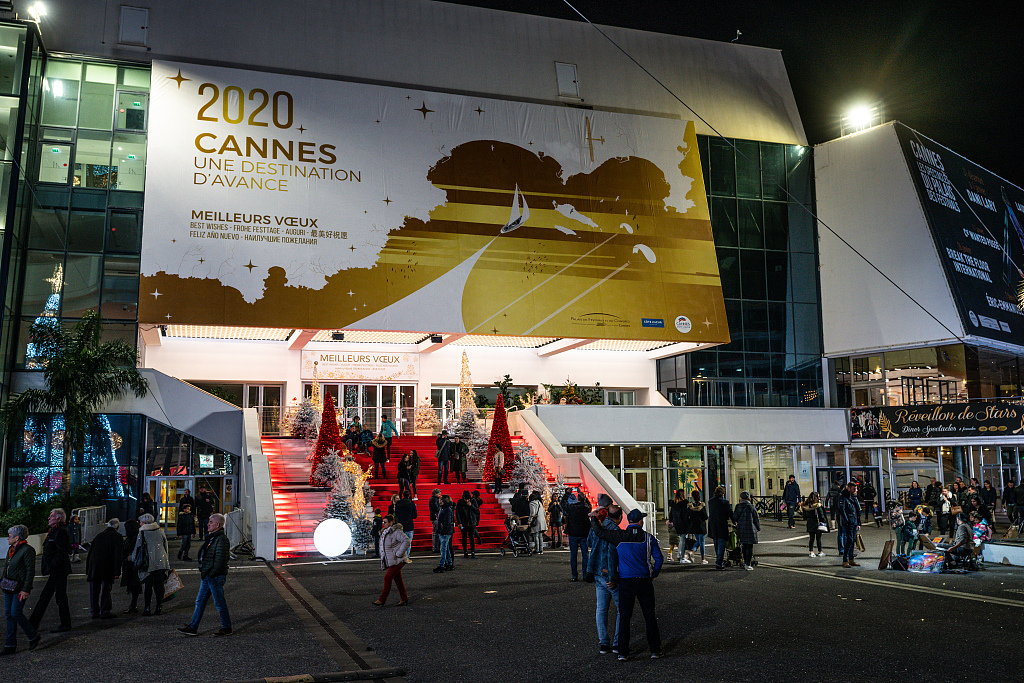 For Cannes, a shift to online screenings is out of the question. /VCG

For Cannes, a shift to online screenings is out of the question. /VCG

Going digital has been an alternative solution to some film fests in addressing the current coronavirus crisis, but for big names like Cannes, a shift to online screenings was seemingly always out of the question as the organizers believed that "the festival should always show its best face."

Noting that the Marché du Films – the Cannes film market that will go virtual in June this year – is "a place where films, extracts, trailers, completed films are exchanged" and "not a festival," Cannes director Thierry Fremaux confirmed in an interview with Screen Daily around half a month earlier that a virtual film festival is "far from Cannes."

"A 'festival' is a collective party, a spectacle that brings together an audience in a given location, in this case on the Croisette, in the presence of thousands of people," the director stressed.

"[For] Cannes, its soul, its history, its efficiency, it's a model that wouldn't work. What is a digital festival?" Fremaux asked in another interview with the film industry magazine Variety. 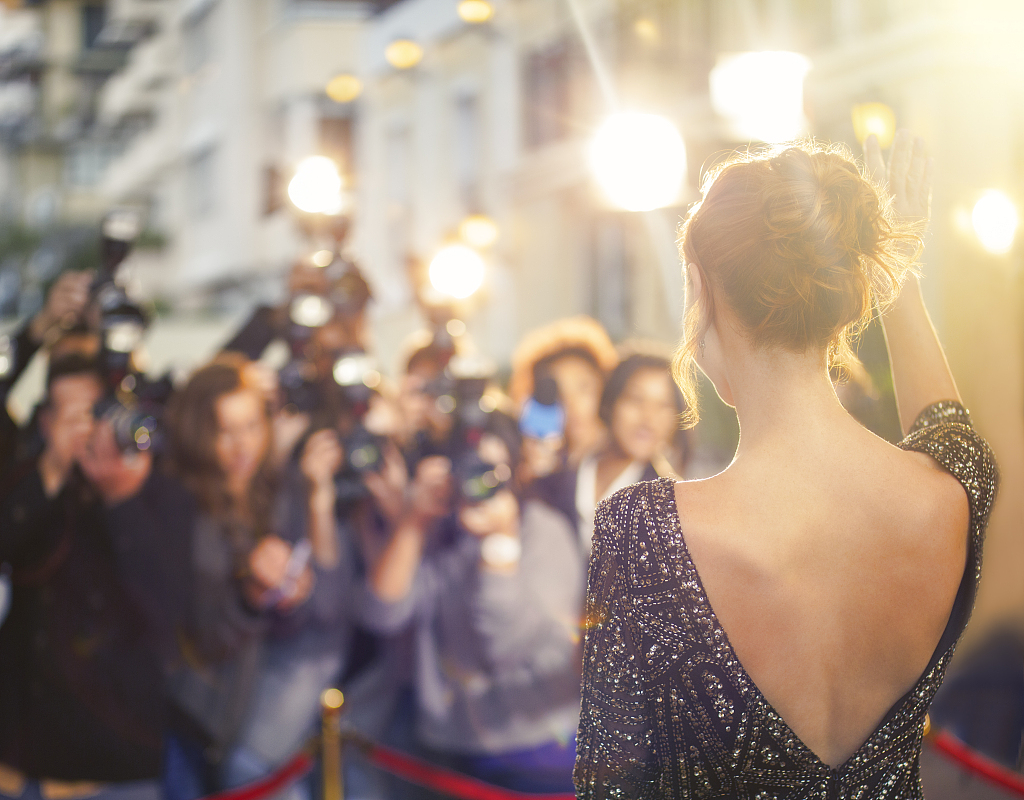 A film festival is a comprehensively entertaining experience for many, which includes movies, red carpets, post-screening talks, after parties, master classes, and fans gatherings. /VCG

A film festival is a comprehensively entertaining experience for many, which includes movies, red carpets, post-screening talks, after parties, master classes, and fans gatherings. /VCG

"Films by Wes Anderson or Paul Verhoeven on a computer? Discovering 'Top Gun 2' or [Pixar's] 'Soul' elsewhere than in [a] theater? These films have been postponed to be shown on a big screen; why would we want to show them before, on a digital device?" he added.

For many fans, a film festival is "a pilgrimage to cinema" as it offers them opportunities to watch the works that could otherwise only be seen at a film library or online on a big screen.

Additionally, participating in a film festival means a comprehensively entertaining experience which includes movies, red carpets, post-screening talks, after parties, master classes, and last but not least, fan gatherings where friends can be made and feelings shared.

In this sense, insiders believe that a physical film festival, which has an irreplaceable "sense of ceremony", can't be entirely substituted with an online equivalent.

What will be the trend for future film fests? 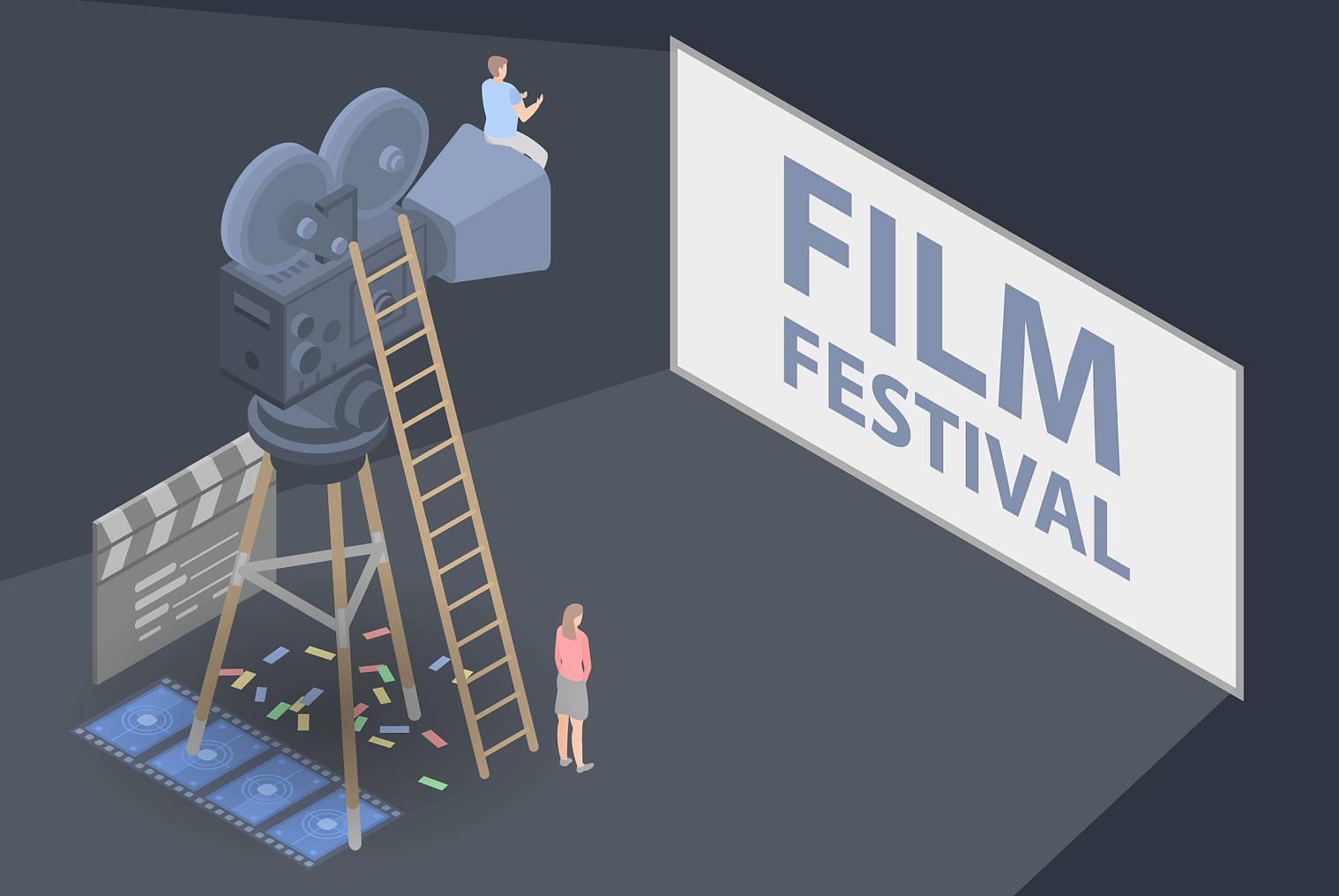 Many insiders expect that the film festival in the future is more likely to be a "hybrid" one that merges diverse online and offline activities. /VCG

Many insiders expect that the film festival in the future is more likely to be a "hybrid" one that merges diverse online and offline activities. /VCG

Undoubtedly, virtual fests have indeed shown their strengths in this special period of time, especially for smaller festivals that have more flexibility, as they could reach a larger audience and make the events more interactive.

Many expect that the concept of a film festival in the future is more likely to be a "hybrid" one that merges diverse online and offline activities, combining on-site participation and a virtual extravaganza.

With more than 250 animated films being screened online, including almost the entire competition program, the Stuttgart International Festival of Animated Film in Germany ran from May 5 to 10 and garnered a positive reaction as both the views of the opening film online and the tickets sold far exceeded expectations, according to the organizers.

"We will definitely incorporate this experience and the know-how we have built up into the planning of the next festival," Dieter Krauss, commercial director of the festival, told German government-funded public international broadcaster DW (Deutsche Welle).

Krauss was optimistic about the future as he believes "Hybrid festival formats will offer the opportunity to broaden and internationalize our outreach even more."