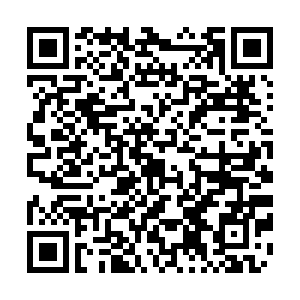 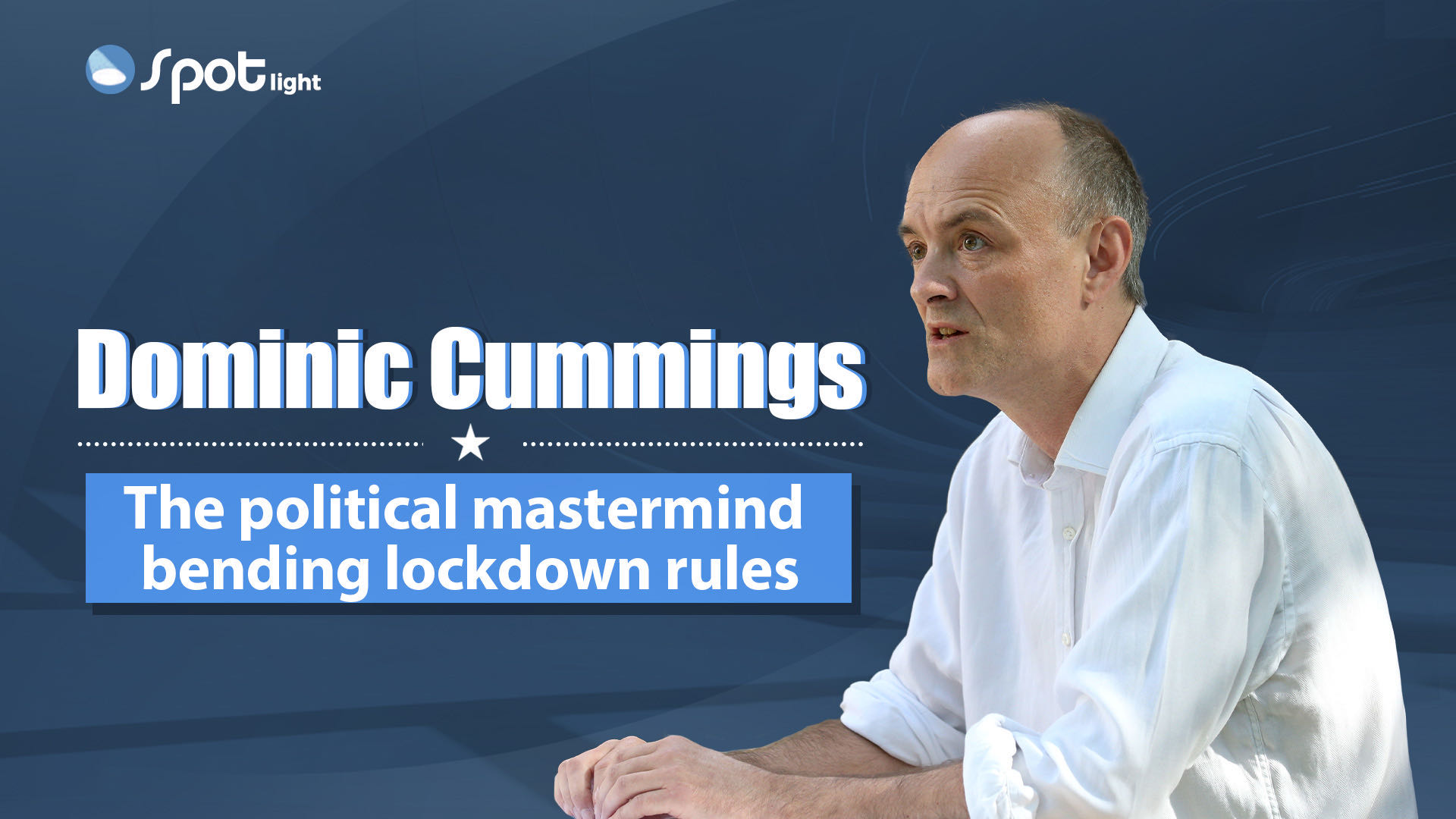 Dominic Cummings, UK Prime Minister Boris Johnson's chief adviser, who used to mastermind headlines from behind the scenes, has found himself in the glare of the media spotlight in recent days.

Anger has been mounting both in Whitehall and among the public over Cummings' behavior under lockdown rules two months ago. Following a media exposé revealing that he drove his family across England while potentially infectious with coronavirus, and defensive Downing Street press conferences given by both Cummings and Johnson, 39 MPs on Wednesday night called for the top aide's resignation.

Meanwhile, a poll by YouGov and The Times newspaper released on Wednesday morning revealed that the Conservative Party's lead over its main rival Labour narrowed nine percentage points in just a week amid the ongoing scandal.

"I don't regret what I did," Cummings said at an impromptu Downing Street presser on Monday, referring to his hotly debated breach of lockdown rules.

The Downing Street aide drove his family over 400 kilometers from London to County Durham in the northeast of England on March 27, when his wife was sick with coronavirus. Cummings himself developed symptoms the next day. On April 12, he drove from his family farm to the town of Barnard Castle, about 30 minutes away, he claims to test his eyesight and strength to drive back to London, which the family did a day later. 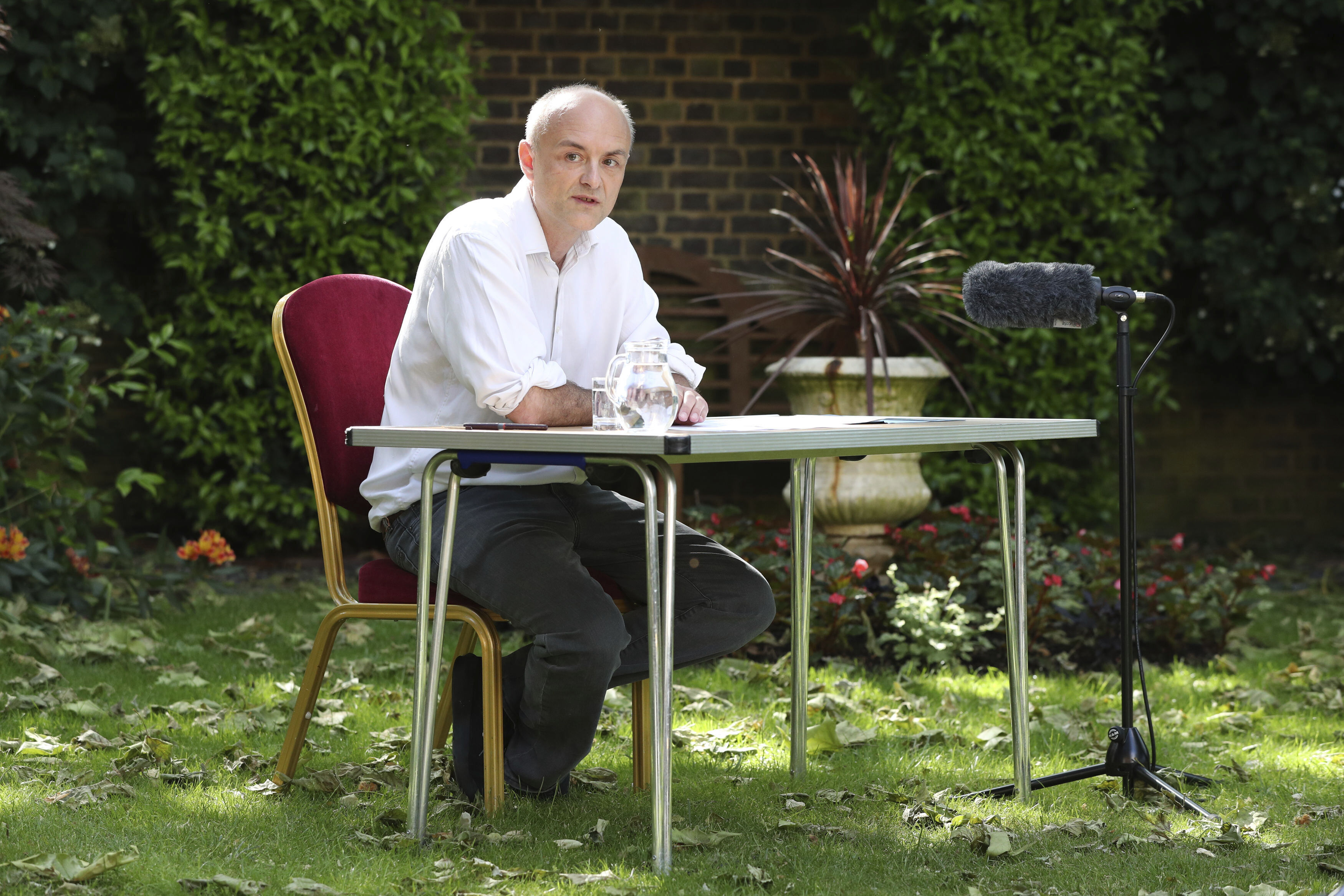 In fact, sticking to his guns is a typical Cummings character trait.

British actor Benedict Cumberbatch portrayed the political strategist in the 2019 Channel 4-produced television drama "Brexit: The Uncivil War" as a man unafraid to defy conventional wisdom and full of disdain towards the established order.

News coverage suggests that this is not far off the mark, with colorful insults having been slung between him and Tory politicians: Cummings has called former Brexit Secretary David Davis "lazy as a toad," while previous Prime Minister David Cameron has in turn labelled him a "career psychopath."

Cummings' blunt and uncompromising style has riled tempers within the Conservative Party and many wish to see him sacked. But behind any infamy is also an intellectual man the current prime minister has grown accustomed to relying on.

Born in Durham, Cummings graduated from Oxford with a first class history degree in 1994. After some time in Russia, during which he tried and failed to launch an airline, he then entered the world of politics.

This began with Cummings' leadership of a campaign opposed to the UK's adoption of the euro, and included a stint working for then-Conservative leader Iain Duncan Smith as director of strategy with an ambitious agenda to modernize the party, though he has since branded Duncan Smith "incompetent."

Cummings then spent the bulk of his time before the June 2016 Brexit referendum working as main adviser to Michael Gove, then-education minister.

But it was during his grand success in running Vote Leave, the official leave campaign in the UK's referendum on EU membership, that his close relationship with Johnson began.

Less known about Cummings is his interest in science and attempts to teach himself more about its disciplines. In a blog post published in early January, he raised eyebrows by highlighting the need for "weirdos and misfits with odd skills" to work in government, in fact referring to his want for those with mathematical and scientific backgrounds to work in Whitehall.

The blog itself, with its long, pontificating posts, portray Cummings as a political Renaissance Man full of ideas. On it, he clearly states that he has never been a member of a political party. But in his current role as chief strategist in Downing Street, he has the opportunity to put these revolutionary plans into practice.

Thus far, Johnson has refused to sack Cummings, instead saying on Monday that his chief adviser "acted responsibly, legally, and with integrity."

As the scandal rumbles on, it is increasingly apparent just how indispensable Downing Street's top aide is to the prime minister, with Cummings being behind two major political victories associated with Johnson's name.

Both the 2016 campaign to leave the EU, and Johnson's successful "Get Brexit Done" 2019 election push that led to historic Conservative wins in seats that were formerly Labour strongholds, were the fruits of Cummings strategies, employing clear slogans to appeal to working class voters desperate for change and skeptical of the Whitehall elite.

He has also pushed for the Conservative Party to pay more attention to the use of data and science in government, and redistribute some British power and wealth away from London.

Cummings is known for his attention to detail, a useful foil to Johnson's notoriously slapdash approach to decision making. According to the Guardian's reporting, it was Cummings who coaxed Johnson into implementing a coronavirus lockdown.

But as voices calling for Cummings to be fired over flouting lockdown rules get louder, the closeness of his relationship with Number 10 Downing Street could become politically dangerous.

"The message from opinion polling, social media and radio phone-in shows is very clear," Tim Bale, professor of politics at Queen Mary University of London and deputy director of the think tank UK in a Changing Europe, told CGTN. "It's hitting the prime minister's and the Conservative Party's reputation for honesty, unity and competence very hard."