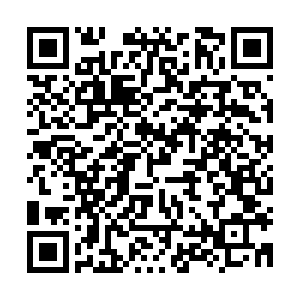 The Quebec government on Tuesday offered a conditional loan of 200 million U.S. dollars to Cirque du Soleil, the world's most famous circus troupe, which is struggling to survive due to the coronavirus pandemic.

"I am announcing today that the Executive Council has granted financial assistance of up to 200 million U.S. dollars for the revival of the circus," said Quebec's economy minister Pierre Fitzgibbon.

He noted that an agreement in principle between the province and Cirque's current shareholders – American investment group TPG Capital and China's Fosun Group, as well as the Caisse de depot et placement du Quebec (CDPQ) – had been reached.

Under the agreement, Cirque du Soleil's headquarters will stay in Montreal, and Quebec can potentially buy out the participating shares from the Chinese and American groups.

Cirque du Soleil has been hit hard by the pandemic, which forced it to cancel 44 shows around the world and furlough 4,679 employees, or 95 percent of its staff.

Founder Guy Laliberte announced Sunday he intends to try to buy back the troupe.

Laliberte, a former stilt-walker-turned-millionaire who co-founded the troupe in 1984, sold his last remaining stake in Cirque in February.

He announced his intention during the popular Radio Canada show "Tout le monde en parle" ("Everybody's talking about it").

"We have a good plan. We think we'll be able to bring back the sacred fire," he said.

On Monday, he noted that "it goes without saying, this relaunch will have to be done at the right price... Not at any price." The circus is heavily handicapped by an estimated debt of 900 million U.S. dollars.

Laliberte, who sold most of his shares to Fosun and TPG Capital in a 1.5 billion U.S. dollar deal in 2015, declined to give details on his eventual offer or his partners, saying only he was well-supported.

Several groups, including Quebec-based Quebecor, have expressed an interest in an eventual buyout of Cirque du Soleil.

(Cover image: Performers on stage at The Royal Albert Hall during the presentation of Cirque du Soleil's "Luzia" in London, UK, January 15, 2020. /AP)