U.S. double standards on national security shoot itself in the foot
He Jingjun 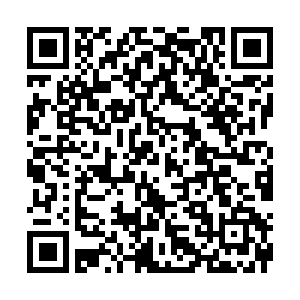 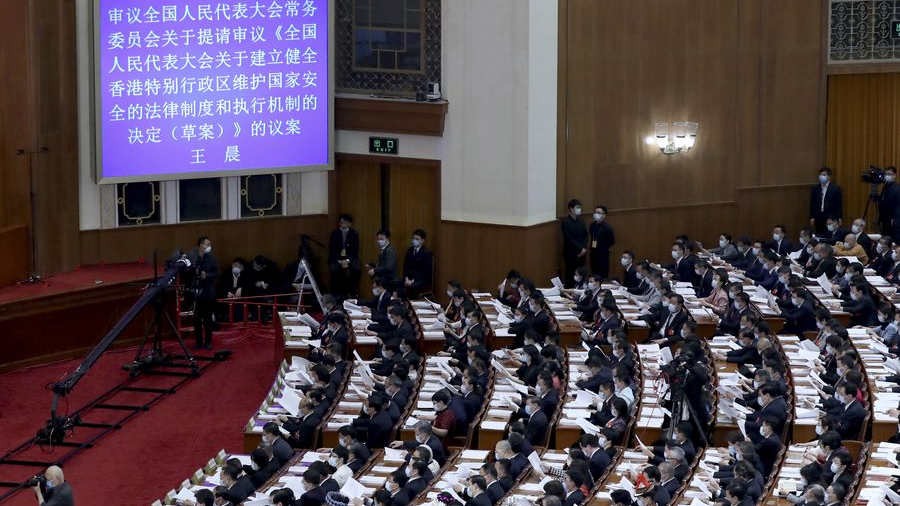 The third session of the 13th National People's Congress opens at the Great Hall of the People in Beijing, capital of China, May 22, 2020. /Xinhua

The third session of the 13th National People's Congress opens at the Great Hall of the People in Beijing, capital of China, May 22, 2020. /Xinhua

Editor's note: He Jingjun is a research fellow at the Charhar Institute and an associate professor at Southwest University of Political Science & Law. The article reflects the author's views, and not necessarily those of CGTN.

The third session of the 13th National People's Congress is deliberating a draft decision on establishing and improving the legal system and enforcement mechanisms for the Hong Kong Special Administrative Region (HKSAR) to safeguard national security to plug the loopholes in the HKSAR's legal system regarding national security.

However, it's quite baffling that some American politicians have issued a barrage of vitriolic comments on the standard legislative practice within the scope of China's sovereignty. Their ignorance and arrogance are thinly veiled, which compels us to return the "favor" by citing a case that once shocked them to the core.

Julian Assange, the founder of the WikiLeaks, was hunted down and persecuted by the U.S. government for disclosing numerous top-secret documents describing U.S. military crimes in Iraq.

The U.S. government nudged Sweden to launch a rape investigation against Assange. Later on, it put pressure on Britain to extradite Assange. After hiding in the Ecuadorian Embassy to the United Kingdom for years, Assange was arrested and detained by the British police whose hands were obviously forced by the United States. in April 2019. The imprisonment put Assange at a perilous state. Facing the double whammy of the raging pandemic and his pre-existing health conditions, Assange's life is at stake.

It's known to the public that it was Assange who revealed the scandal of the U.S. military. However, WikiLeaks didn't hack its way to acquire these documents. Instead, they were actually provided by a disenchanted American soldier who once worked at a sensitive department. 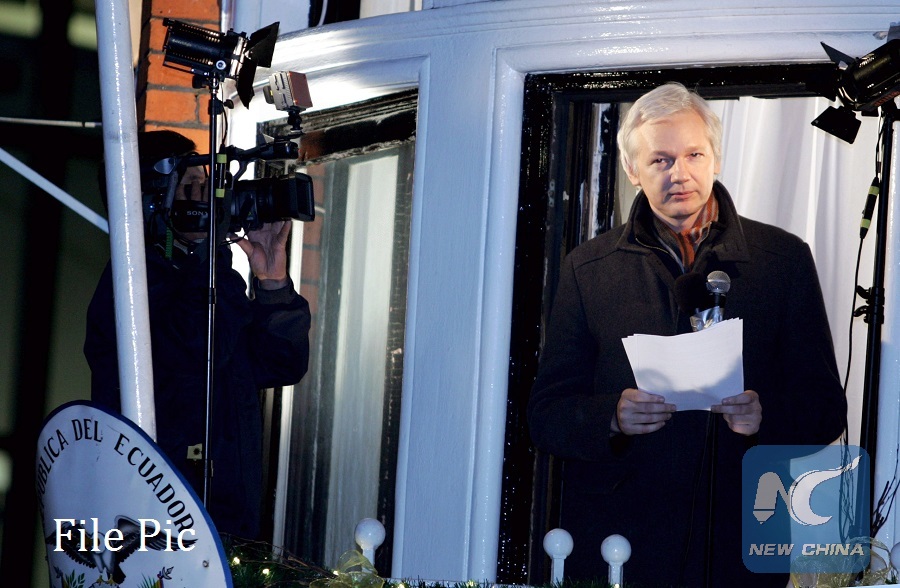 Unfortunately, since the U.S. government claimed that this move jeopardized national security, even Australia, Assange's home country, gave up the idea of saying a fair word for Assange. The biggest reason why most countries choose to remain reticent is that they hope someday when a similar thing happens to them, the U.S. can respect their acts of defending national interests the way they do to respect America's defense of its national security.

But some caveats should be in place. As is criticized in "Gore Vidal: History of the National Security State," the desire to control which derives from the "imperial presidency" in the United States has evolved into arrogance undermining and distorting international common rules. When other countries exercise their rights to national security within the scope of national sovereignty and build a responsible legal system with completely lawful behaviors and impeccable reasons, the United States adopted another standard to attack this legitimate behavior. The logic, albeit twisted, is clear: as long as the U.S. is not happy, if the same Assange incident occurred in other countries, the same actions taken by them would amount to a violation of the freedom of speech and the public's right to know rather than a defense of national security interests.

No wonder the same anti-separatist principles enshrined in the U.S. Civil War would lead to a completely different interpretation if transplanted to other countries. The U.S. would insist that they are not principles to protect national security but an act that jeopardize freedom, hence threatening the countries in concern with unilateral sanctions. Such double-standard policies not only consume the U.S.' credibility in the international community, but also speak volumes about its betrayal of the Westphalian order. Bit by bit, the U.S. is peeling away its global leadership it took centuries to build.