World Otter Day: Show your love and care for otters
By Xu Chenlu 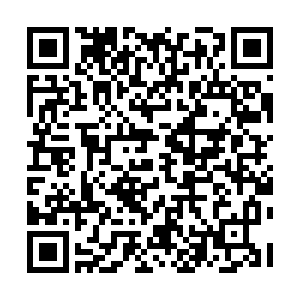 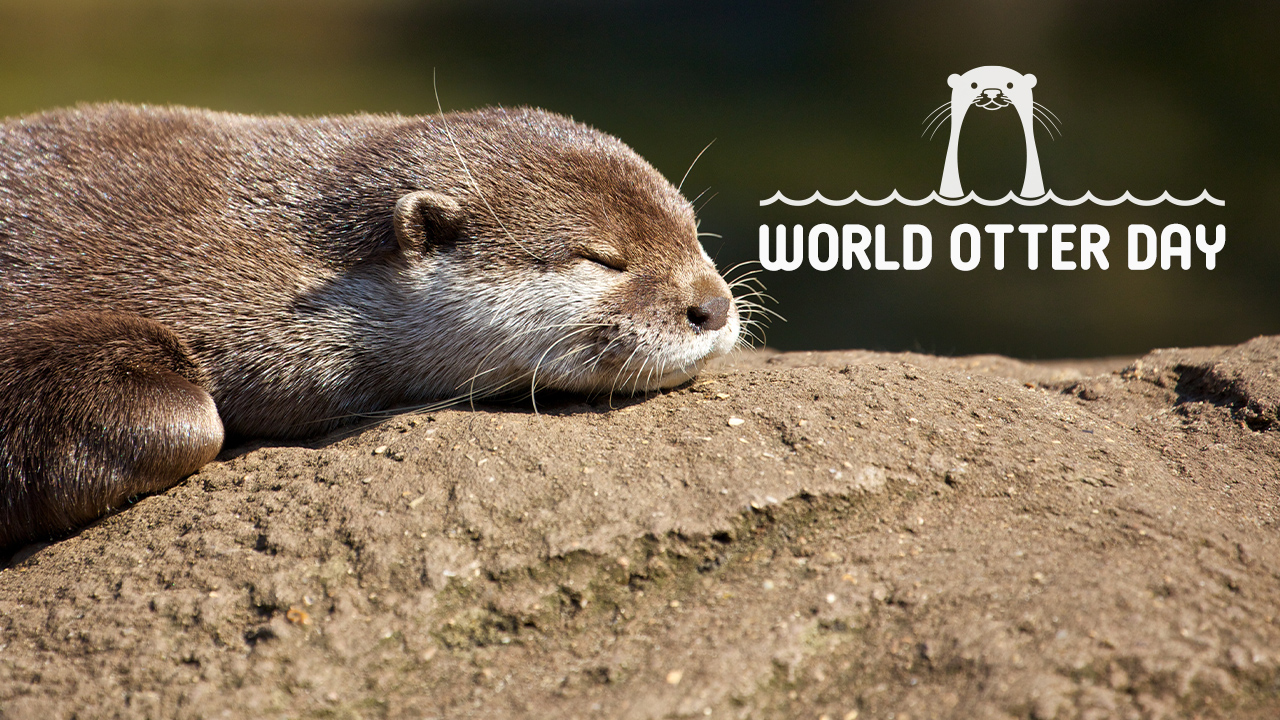 In order to raise awareness to otters all around the world, the International Otter Survival Fund set up World Otter Day. Celebrated on the last Wednesday of May, it aims to draw attention to the 13 otter species all listed in the IUCN Red List.

This year, the World Otter Day falls on this Wednesday, May 27. So let's learn more about these lovely creatures, and to protect better. 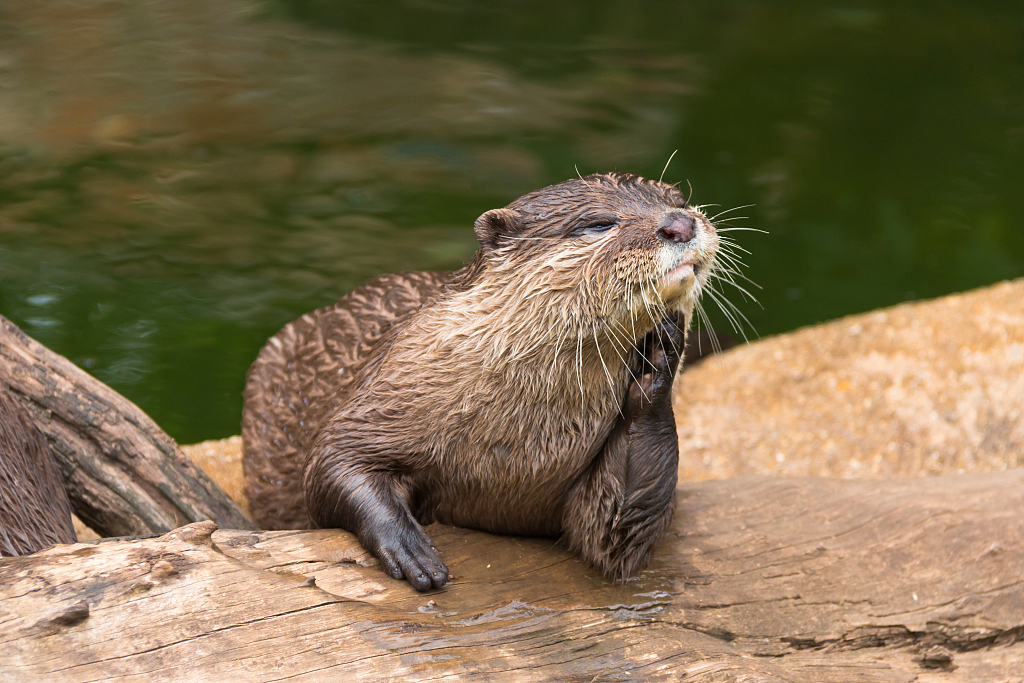 A small-clawed otter is resting. /VCG

A small-clawed otter is resting. /VCG

Otters are carnivorous mammals with slim bodies and layers of fur able to keep their bodies dry and warm since they need to dive many times a day for food.

Quite clever animals, they have been proved to have exquisite hunting abilities. Otters mainly feed on fish, frogs, crabs, and some shelled creatures. As talented shell-openers, they are social media stars. 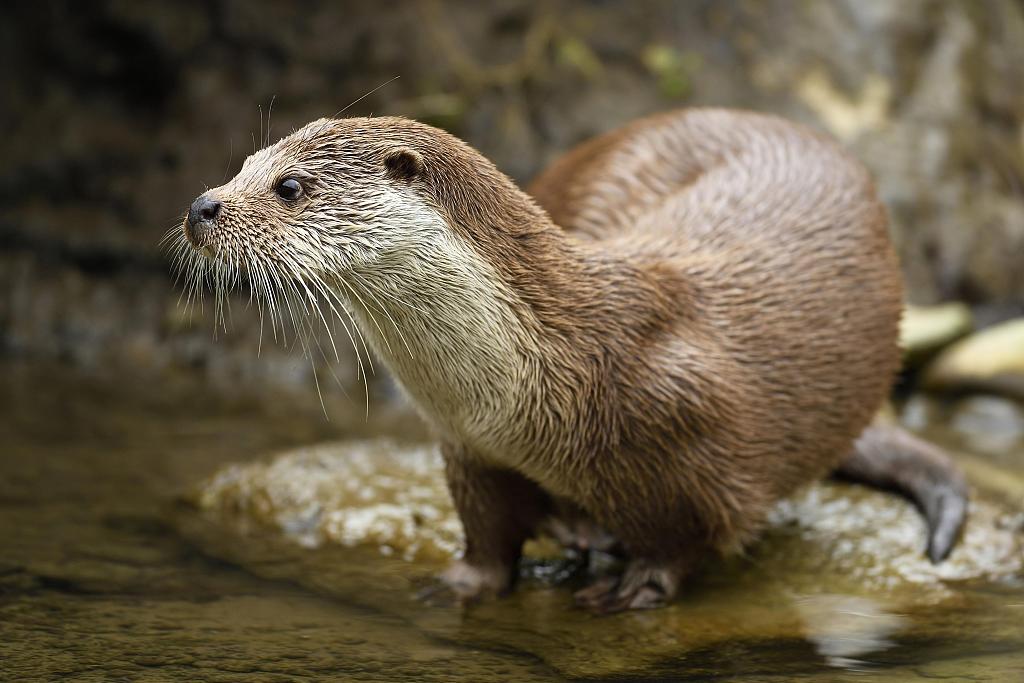 Otters are also quite important to the local ecosystem, as they sit on top of the food chain. The otter species is usually considered as the indicator species, that scientists could analyze to understand the local ecological conditions based on the otter population's condition. 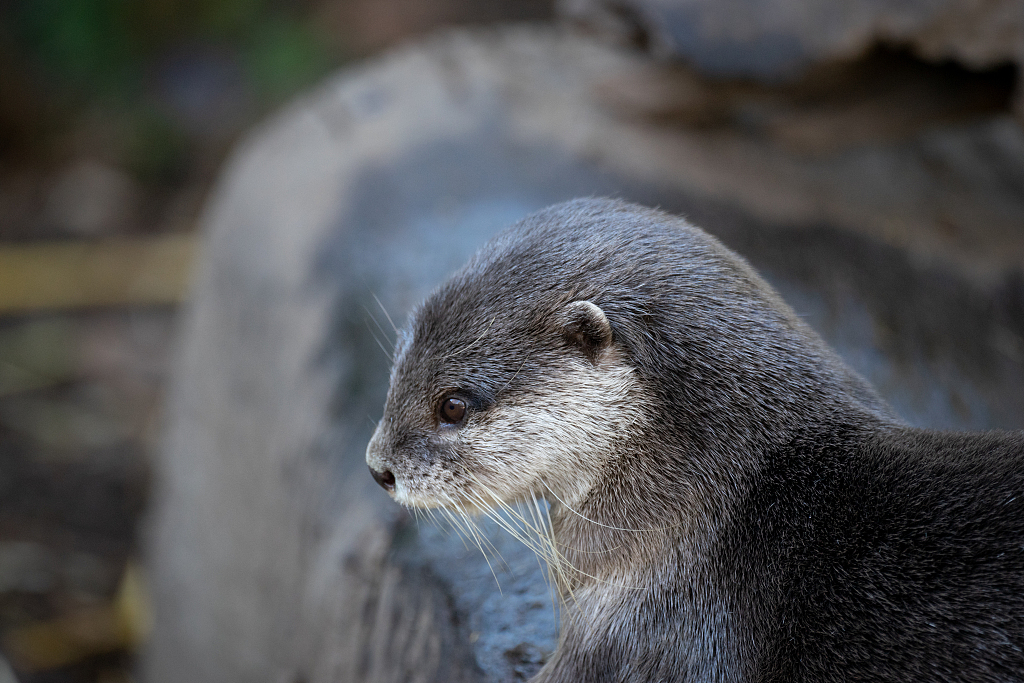 Closeup of an otter. /VCG

Closeup of an otter. /VCG

Currently, there are 13 species of otters in the world, and all of them are listed in the IUCN Red List, which means they are seeing a population decline in different degrees. Based on present research, most of the otters face threats related to habitat loss, poaching, and illegal trading. Though many countries are fighting against the environmental pollution, which can gradually bring back some of their habitats, wild otters now are still in great danger, especially as a trend of keeping pet otters has been appearing. 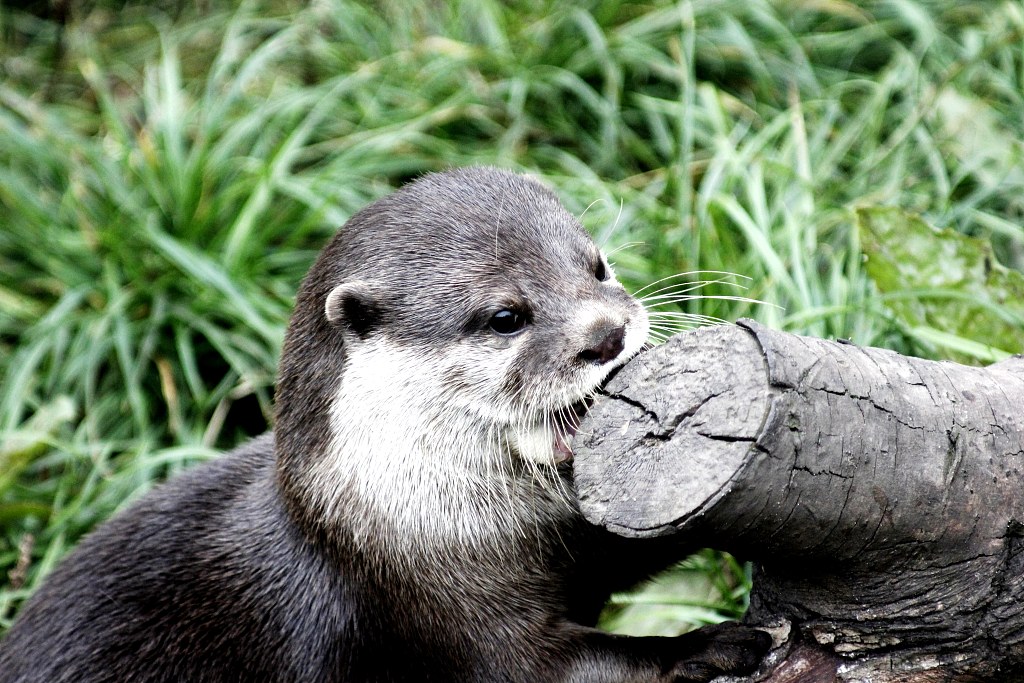 The otter chewing on a trunk. /VCG

The otter chewing on a trunk. /VCG

When browsing "otter" on social media platforms, many videos of pet otters jump out, and most of them have many views, indicating that many are fascinated by the lovely creature. In some countries, there are even some pet cafes hosting otters for people to pet and take photos.

However, unlike cats and dogs that were trained for a long time to be pets, most otters are caught in wild and forced to interact with people causing them great pressure both physically and mentally. Besides, traders will keep hunting wild otters to meet the demand, which leads to a new round of population decline. 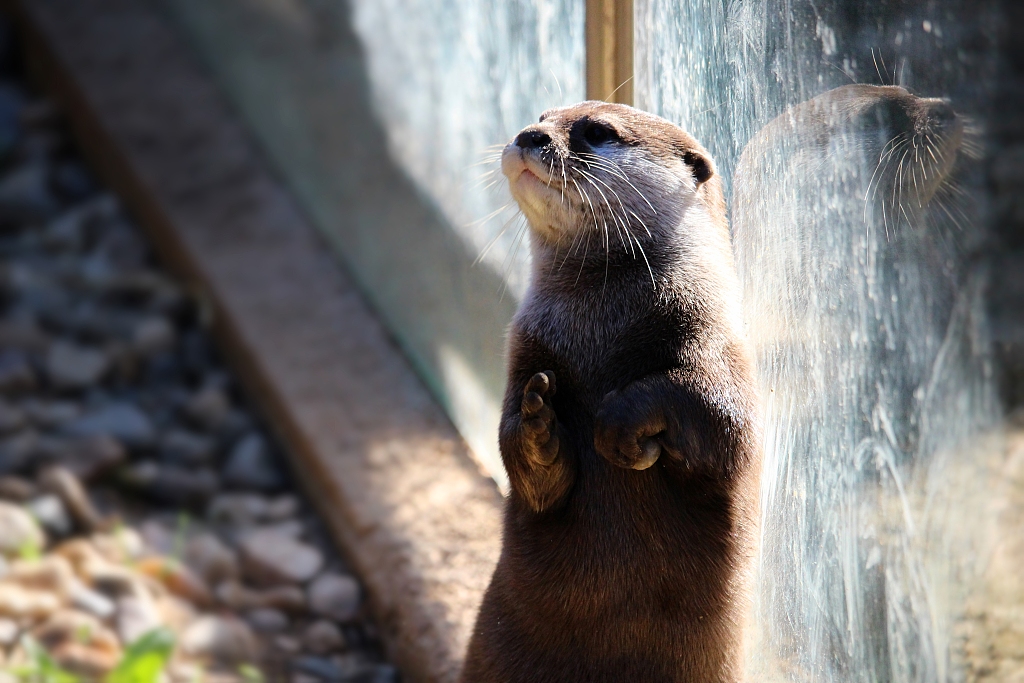 An otter in a Portuguese zoo. /VCG

An otter in a Portuguese zoo. /VCG

If you are an otter-lover, please protect otters in the right way by not incentivizing pet cafes and other activities that lead to poaching and illegal trading. Also be aware of the impact littering and economic interests can have on the destruction of their habitat and so many other animals.

On World Otter Day and any other day of the day, let's show love and care for these animals. 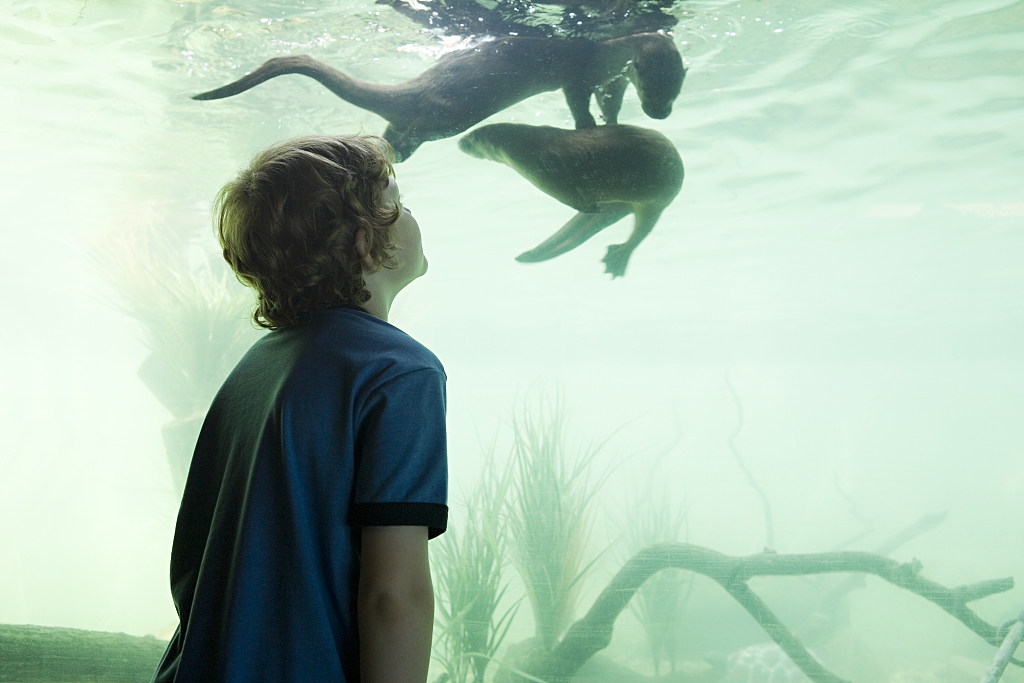 The story of vulnerable otters

Make It Famous: Smallest but not least