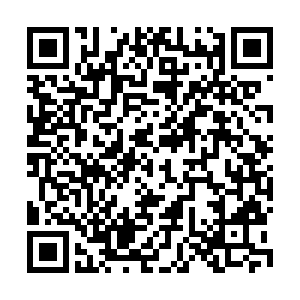 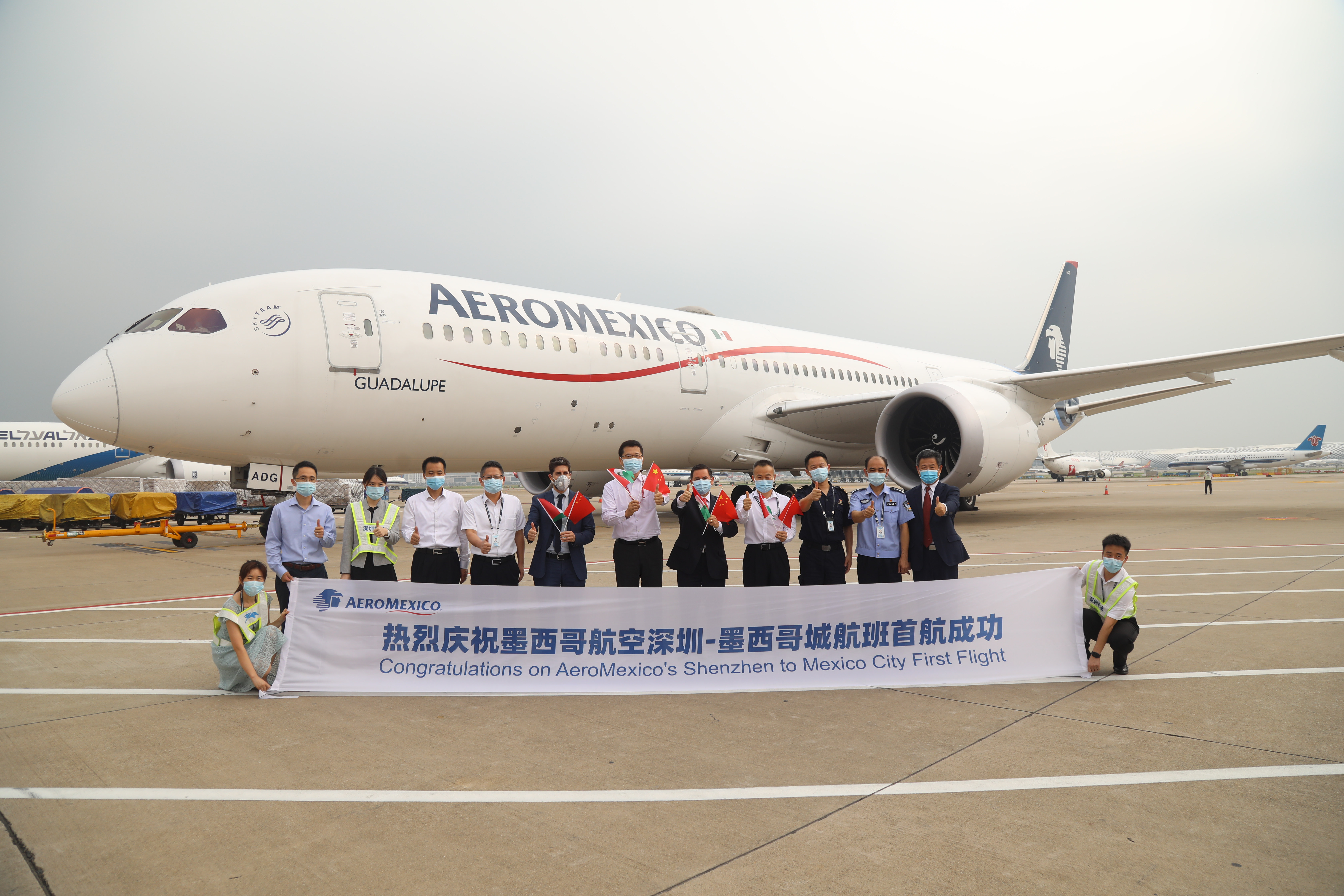 A Mexio City-bound Aeromexico's cargo flight, carrying 18.5 tons of protective medical supplies, took off from the southern Chinese city of Shenzhen on Wednesday night, officially launching a direct cargo route between the two cities and marking the longest international route from Shenzhen Airport.

The aircraft departed on Tuesday from Mexico City International Airport to Tokyo Narita in Japan, where it made a technical stopover before continuing to Shenzhen. For Aeromexico, it was the longest-range flight in its existence and in the history of aviation in Mexico.

"We are in the most difficult crisis the airline industry has ever experienced, but there are also opportunities in the adversity," said Andres Conesa, CEO of Grupo Aeromexico. He expressed thanks to all crew members who operated the flight and who continue to fly amid the pandemic.

"I also want to thank the Mexican government, the Civil Aviation Administration of China, airport authorities and all Chinese partners, as well as private companies for giving us their trust and support to transport these important supplies and continue writing new stories for Mexico," Conesa added.

To ensure the stability of the supply chain amid the pandemic, Shenzhen Airport has taken various measures to open a channel for the international transport of goods, while fully protecting regular as well as charter cargo flights. Now, Shenzhen Airport is operating more than 20 cargo flights to Los Angeles, Paris, Melbourne, Dubai, Kuala Lumpur and other major hubs. 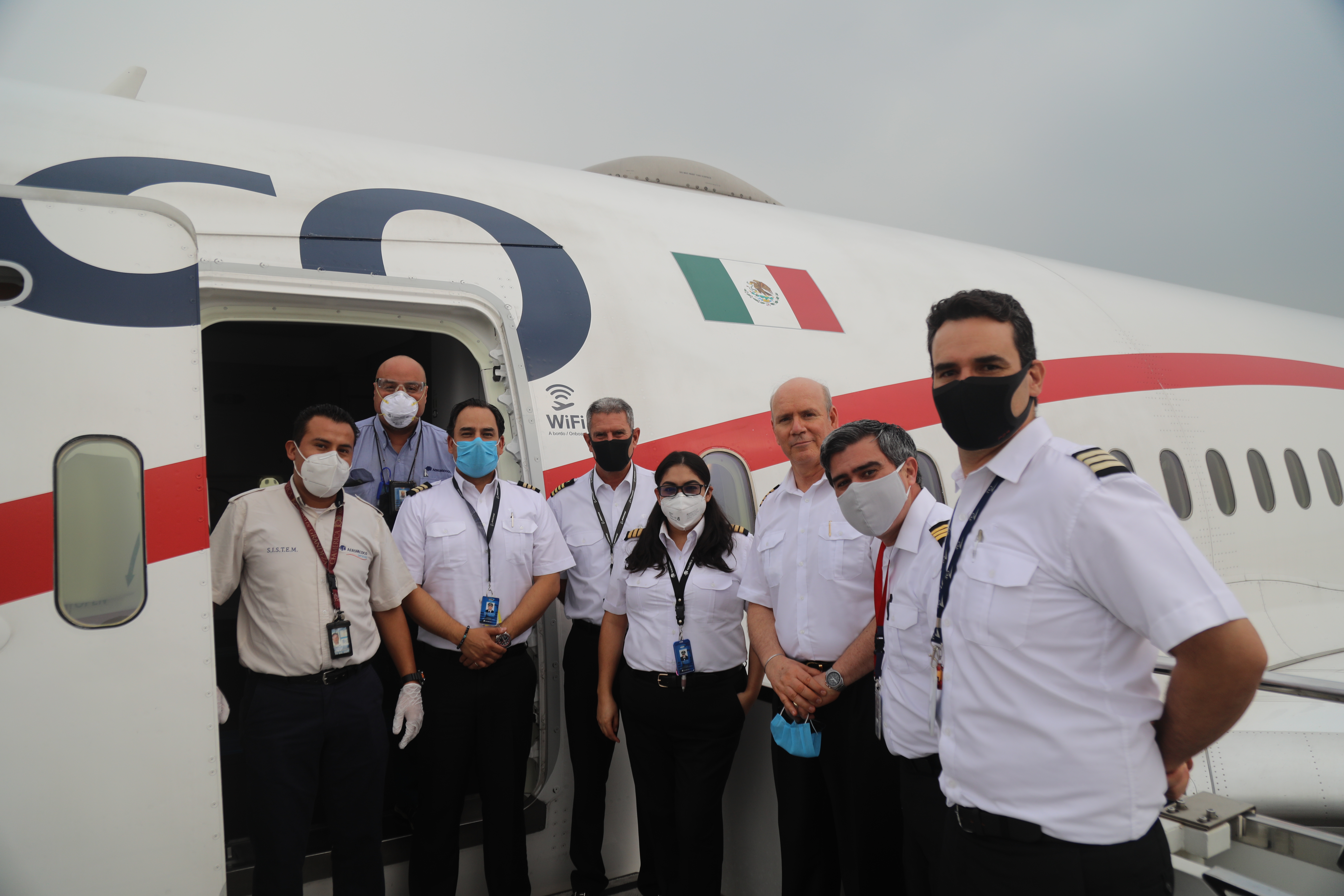 Crew members of Aeromexico flight AM9011 from Shenzhen to Mexico City, May 27, 2020. /Shenzhen International Airport

Crew members of Aeromexico flight AM9011 from Shenzhen to Mexico City, May 27, 2020. /Shenzhen International Airport

So far, Shenzhen Airport has supported more than 600 international flights. Over 14,000 tons of goods and materials were transported to nearly 40 countries. In the first four months of this year, the international and regional cargo business of Shenzhen Airport bucked the trend and grew by two percent year on year, ranking first among the major domestic airport hubs.

"The flight will provide effective supplies and support to Mexico and the entire Latin American region in the fight against the epidemic," said Carlos I. Giralt Cabrales, consul-general of Mexico in Guangzhou.

"I am confident that the cooperation between Mexico and China is an example of how the world can join efforts and work in a concerted manner to overcome this terrible pandemic. This is a step towards a strengthened relationship, a relationship that hopefully, in the not so distant future, will see a transformation of this route to promote commerce and mutually beneficial exchanges, which will be key to help our peoples and our economies recover from the epidemic," the consul-general added.

According to officials, Aeromexico will have more flights to Shenzhen in the future, in addition to those already made to Shanghai during the pandemic. The airline suspended its direct passenger service from Shanghai to Mexico in December last year. To collect medical supplies, the Mexican government resumed the belly cabin cargo flight to Shanghai in April as Latin America became the new hot spot of the novel coronavirus.

The cargo route between Mexico City and Shanghai this week completed 100 exclusive cargo operations, transporting medical supplies to 14 countries, with more than 1,400 tons of cargo.