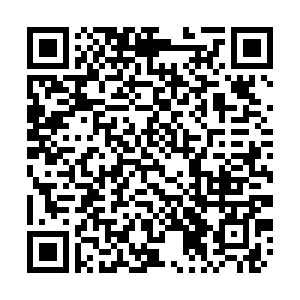 China's successful poverty alleviation effort is a significant achievement not only in the history of China, but also of the entire world, said Malaysia's ambassador to China Nushirwan Zainal Abidin during a recent written interview with Xinhuanet.

The ambassador hailed China's poverty alleviation effort as inspiring achievement, saying, "It shows that large scale poverty can be alleviated once and for all."

China will work to ensure achieving the development goals of winning the battle against poverty and completing the building of a moderately prosperous society in all respects this year.

On the current anti-epidemic cooperation between the two countries, the ambassador said success showed how strong the fundamentals of bilateral ties are.

In face of COVID-19, the two countries weather the hard times together and help each other by offering medical supplies and sharing experiences.

China's experiences are extremely valuable for the rest of the world as Malaysia has replicated many in testing, isolating and controlling, he added.

A medical expert team from Guangdong was dispatched to Malaysia and visited 13 medical institutes, public universities and research facilities, holding 15 teleconferences, he stated.

"Our bilateral ties were burnished during these very trying times," the ambassador underlined, adding that he expected the ties to take off even higher.

The two countries should take advantage of the opportunities arising from the new normal to achieve this aim, he noted.

Since the outbreak of COVID-19, China and the countries jointly building the Belt and Road have supported and helped each other, he added.

The ambassador stressed the important role the Belt and Road Initiative (BRI) has played in global efforts, especially in improving connectivity and promoting infrastructure development.

He pointed out the BRI can pave the way in addressing critical issues arising from the pandemic, such as using technology to find the right balance between promoting travel and handling public health concerns.

"Since many of the countries involved in the BRI have strengths in these areas, the BRI should lead the way," he explained.

The year 2020 marks China's completion of building a moderately prosperous society in all respects and achieving the goal of the 13th Five-Year Plan (2016-2020).

The ambassador highly valued the achievements China has made in many areas, with the most impressive in innovation as well as in science and technology.

China has led the world in the number of patents applied. "This is not surprising. Throughout its history, China has had a tradition for innovation," he said.

The ambassador is optimistic about the prospects for bilateral cooperation in science and technology, urging more to be done in this area.

"The Malaysian government has been very open and supportive towards Chinese companies involved in 5G, including Huawei, and more of China's innovative companies are welcome to be present in Malaysia," he announced.

On politicizing the pandemic or stigmatizing China by Western politicians and media, the ambassador asserted that the best way of addressing the pandemic is to adopt measures which are science-based, rather than politics-based.

"Given the global nature of the pandemic, the best approach to be adopted is a cooperative one," he stressed.

The ambassador also cautioned that right lessons must be drawn from the outbreak, since it has clearly revealed the strengths and weaknesses of all countries in this severe stress test.

He opposed misattributing the causes of problems to globalization or blaming others.

Though with shortcomings, globalization on the whole has been beneficial, he noted, emphasizing that humanity as a whole needs to make changes in behavior patterns and in interaction with the broader eco-system to make governance more attuned to the needs of people as well as the global production chain.