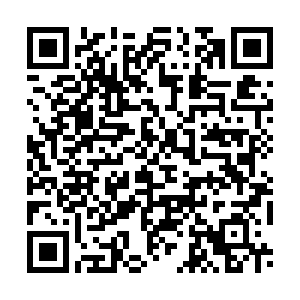 China's Mission to the United Nations (UN) has lodged solemn representations to the U.S. side for its request of a Security Council meeting over China's national security legislation for Hong Kong.

"China categorically rejects the baseless request of the U.S. for a Security Council meeting," said the Chinese Mission in a statement issued on Wednesday.

"Legislation on national security for Hong Kong is purely China's internal affairs. It has nothing to do with the mandate of the Security Council."

The Chinese Mission urged the U.S. to immediately stop interfering in China's internal affairs and put an end to power politics and bullying practices.

The U.S. distorted the facts, threatened the HKSAR government and was responsible for the violence in Hong Kong last year, the Chinese Mission said.

"The United States has formulated dozens of its own national security laws, but it interfered with China's national security legislation. This 'double standard' approach has fully exposed the sinister intentions of the U.S.," said the statement.

"The Security Council bears the primary responsibility for maintaining international peace and security, it's not a place to discuss interference in the domestic legislation of member states."

"The unreasonable demands of the U.S. are completely politically motivated, seriously violate the purposes and principles of the UN Charter and the basic norms of international relations, seriously undermine the mutual trust and cooperation of UN member states," read the statement.

The irresponsible behavior of the U.S. has once again exposed the true face of its power politics and bullying behavior. For long the U.S. has engaged in unilateralism, successively withdrawing from the Paris agreement, Iran nuclear deal, Intermediate-Range Nuclear Forces Treaty, and the Treaty on Open Skies.

It caused turmoil and severely impacted international law and order. Facts have repeatedly proven that the U.S. is the troublemaker of the international community, it added.

China's UN Ambassador Zhang Jun posted on Twitter: "Facts prove again and again that the U.S. is the troublemaker of the world. It is the U.S. who has violated its commitments under the international law. China urges the U.S. to immediately stop its power politics and bullying practices."