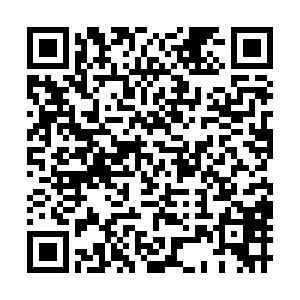 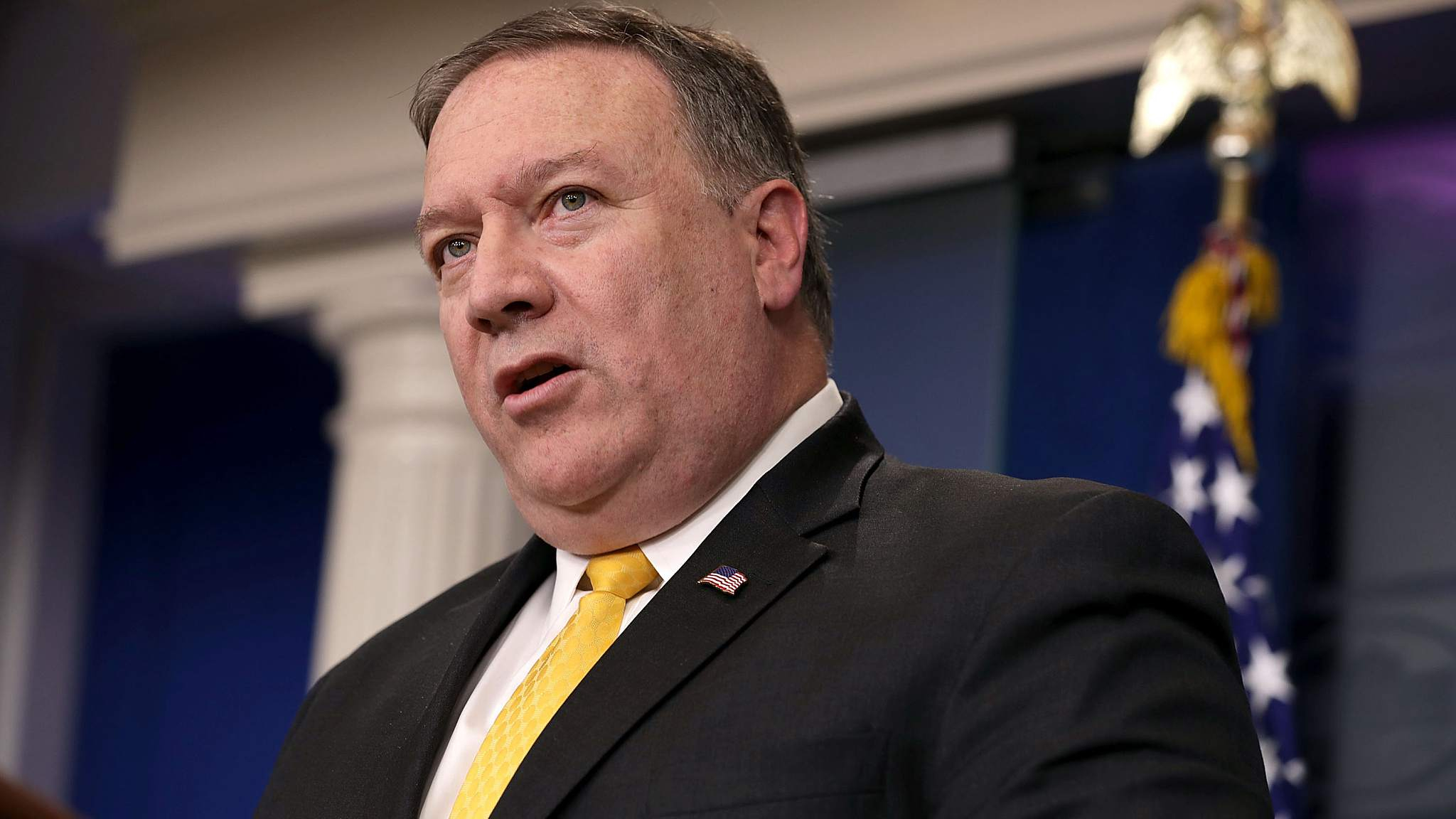 On May 27, U.S. Secretary of State Mike Pompeo declared that the U.S. no longer recognizes Hong Kong's status to be "autonomous" from the Chinese mainland in his review mandated in the "Hong Kong Human Rights and Democracy Act". The decision comes before the National People's Congress even implements the National Security Law for the region, which is legitimate with the city's Basic Law under Articles 18 and 23 respectively.

His push will have massive political repercussions, potentially ending the city's "special status" in terms of trade in the U.S. and paving the way for probable sanctions against Chinese officials and organizations.

Pompeo's move is disingenuous and opportunistic. The fact that it has not only ignored China's legitimate constitutional procedures which allow for the scope of national security, but also jumped before its implementation to draw a conclusion shows that this decision has been pushed for all the wrong reasons.

To claim that Hong Kong is no longer autonomous from the Chinese mainland to make a huge exaggeration ignores the extensive differences in the city's political, economic and social life, which contrary to American claims, are not about to come to an end. Hong Kong is not being turned into "another Beijing."

First of all to reiterate, the Sino-British Joint Declaration and the Hong Kong Basic Law make it abundantly clear that the scope of national security, foreign affairs and defense are not within the scope of the Hong Kong Special Administrative Region (SAR)'s autonomy and are of the reserve of the central government. This is what "One Country" refers to.

Article 18 sets out that the Standing Committee of the National People's Congress in Beijing has the power to implement these laws in Annex III of Hong Kong Basic Law, thus making it a constitutionally legitimate move. Let us not also forget that Article 23 also mandates a national security law that prevents the offenses of treason, sedition and secessionism.

In its actions, China is not violating the autonomy of Hong Kong or ending the "One Country, Two Systems" model. Instead, it is acting within its sovereign rights. Hong Kong's economic, political and social system remains unique from that of the mainland and continues to exercise legislative and policy-related autonomy in all the given fields specified in the Basic Law. 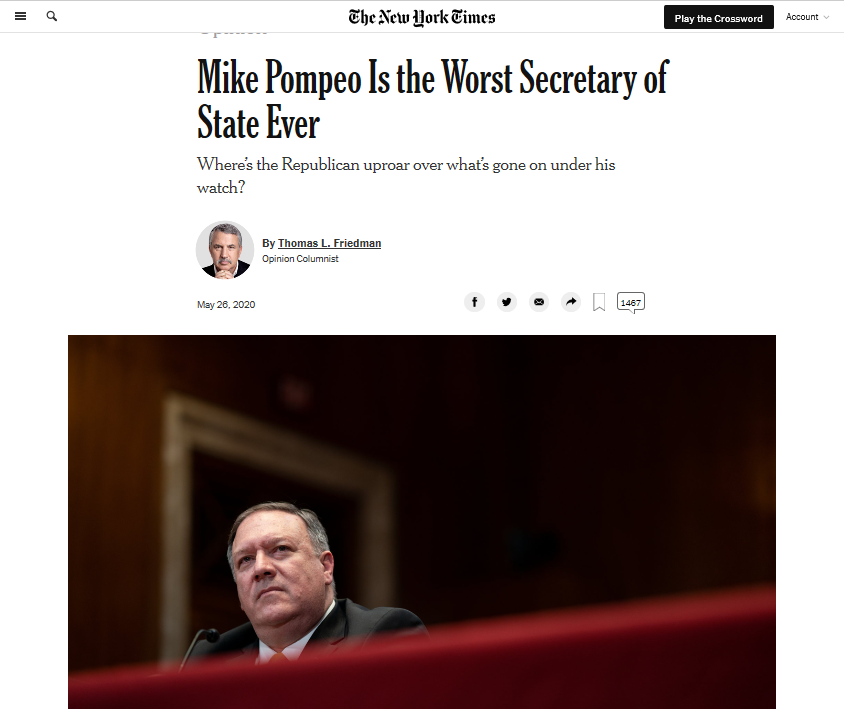 A screenshot of an opinion piece on The New York Times

A screenshot of an opinion piece on The New York Times

Therefore, to draw the conclusion that Beijing has ended the region's autonomy or undermined it is a wilful misinterpretation of the facts. However, what Mike Pompeo does should not surprise us anymore. This is the same Secretary of State who pushed outright false conspiracy theories concerning COVID-19, without any evidence, in a highly aggressive manner.

Nothing he says on the topic of China has any credibility. Instead, the administration now sees Hong Kong as an opportunity to undermine China on its own sovereignty and confront it on the global stage in line with a broader policy push.

For them, it's not about the facts or acknowledging China's legal and sovereign rights in the territory, it's about using it as a stick to weaponize it against Beijing, deflecting blame over America's disastrous handling of the pandemic and looking for excuses to blacklist more companies and put in place more trade restrictions. He insists the U.S. "stands with the people of Hong Kong" – yet this is also highly disingenuous and is an obvious means to an end.

However, America's decision to intervene in Hong Kong affairs will be in the long run costly and of no benefit to the United States. Not only as I set out yesterday, can it not change China's position but furthermore, moves against the city will undermine global financial markets and pose significant repercussions for the U.S. economy.

To say that the national security legislation means that American businesses will be affected is also misleading, given that the territory's unique economic system is not being changed (as set out above) and in addition the broader context that the city being in a perpetual state of chaos and violent unrest is a bigger long-term problem.

Given this, it must be concluded that this is a highly opportunistic, short-sighted and reckless decision by Pompeo. To claim prematurely that the territory's autonomy has been ended shows that there was only ever one conclusion and one thing in mind. As a New York Times opinion piece put it squarely on May 26: "Mike Pompeo is the Worst Secretary of State Ever" and the damage caused to America's reputation and credibility by his blatantly disingenuous politics will be profound.