Violence in at least three states after George Floyd's death 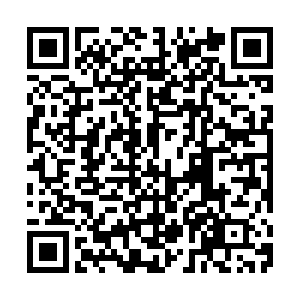 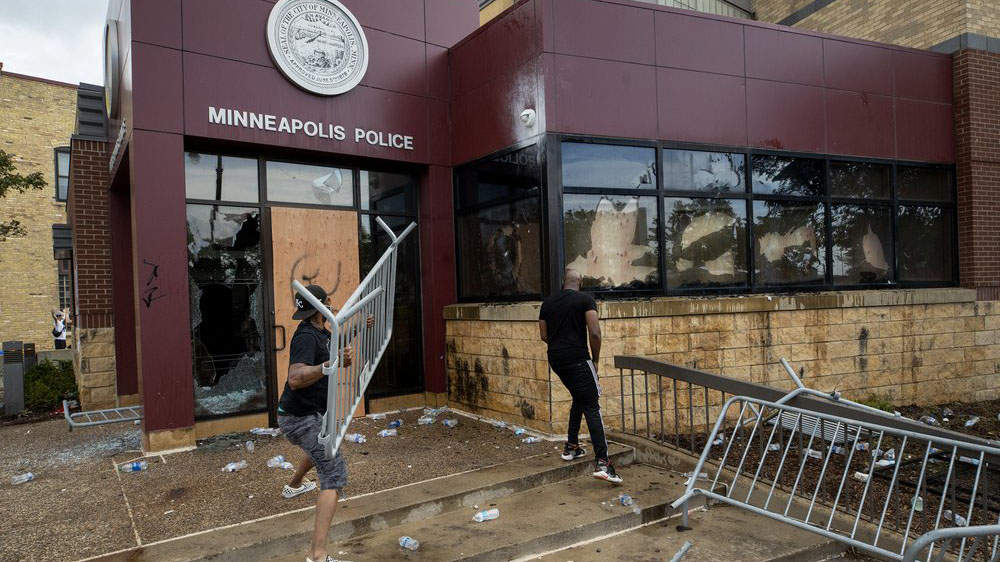 A man was fatally shot as violent protests over the death of a black man in police custody rocked at least three states in the U.S., with protesters looting stores near a police precinct and setting fires.

Protesters began gathering in the early afternoon near Minneapolis's third Precinct station, in the southern part of the Minnesota city where 46-year-old George Floyd died on Memorial Day after an officer knelt on his neck until he became unresponsive. Four Minneapolis police officers have been fired for their involvement in the death of George Floyd, officials said Tuesday.

The protests have been going on for two nights in the city and have escalated to direct confrontations with the police. The police fired back with tear gas at the protesters, according to CNN.

Protests have taken place in at least two other states in the U.S., even in the middle of a deadly coronavirus pandemic.

In Memphis, Tennessee, at least two people were arrested during a demonstration for the same cause. 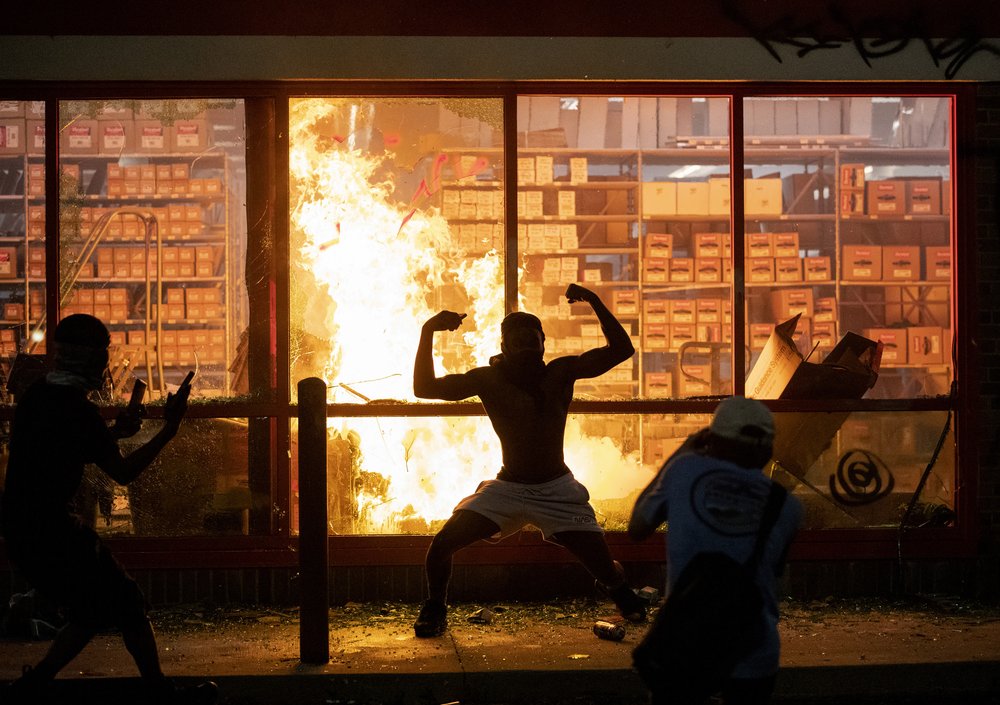 A man poses for photos in front of a fire at an AutoZone store, while protesters hold a rally for George Floyd in Minneapolis, Minnesota, U.S., May 27, 2020. /AP

A man poses for photos in front of a fire at an AutoZone store, while protesters hold a rally for George Floyd in Minneapolis, Minnesota, U.S., May 27, 2020. /AP

News helicopter footage showed protesters milling in streets near Minneapolis's third Precinct station on Wednesday, with some running in and out of nearby stores.

A Target, a Cub Foods, a Dollar Tree and an auto parts store all showed signs of damage and looting. As darkness fell, fire erupted in the auto parts store, and city fire crews rushed to control it. Protesters set other fires in the street.

Officers could be seen surrounding the nearby precinct, not attempting to intervene to stop the looting.

Police spokesman John Elder said officers responding to a reported stabbing near the protests found a man lying on the sidewalk with what turned out to be a bullet wound. The man was pronounced dead at a local hospital. Elder said a suspect was in custody but said the facts leading up to the shooting were "still being sorted out."

Protesters also gathered Wednesday evening at the officer's suburban home as well as the Minneapolis home of Mike Freeman, the Hennepin County prosecutor who would make a charging decision in the case. No violence was reported in those protests. 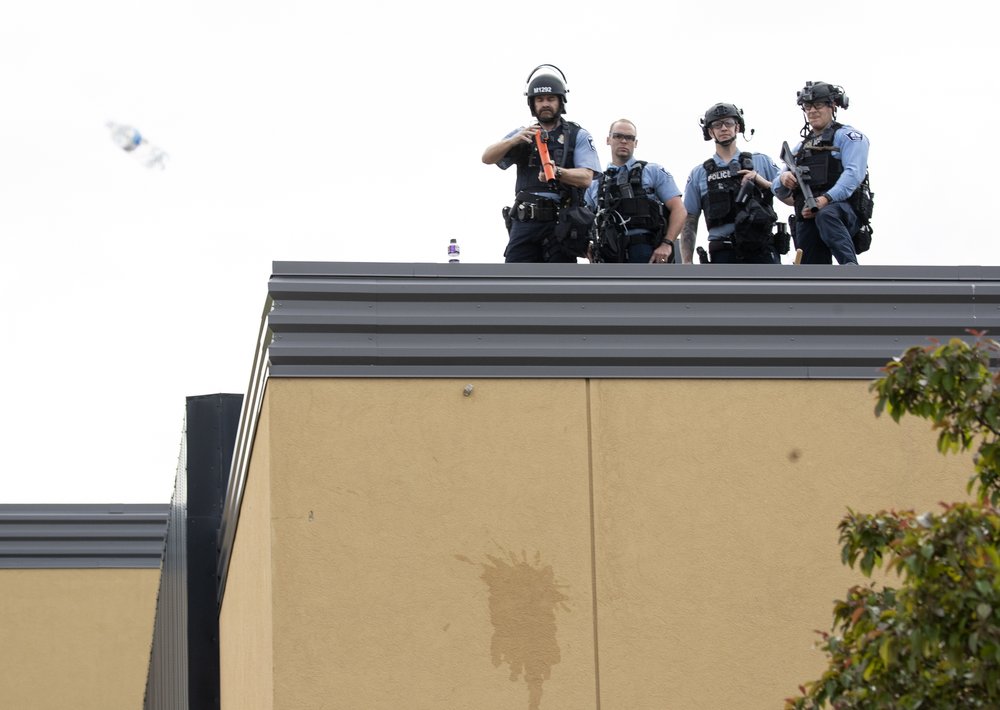 A water bottle thrown by a protester sails through the air near officers on the roof of Minneapolis Police third Precinct, in Minneapolis, Minnesota, U.S., May 27, 2020. /AP

A water bottle thrown by a protester sails through the air near officers on the roof of Minneapolis Police third Precinct, in Minneapolis, Minnesota, U.S., May 27, 2020. /AP

As the protests stretched into the evening, Police Chief Medaria Arradondo urged calm. In an interview with KMSP-TV, he noted the internal investigation as well as an FBI investigation of Floyd's death were ongoing and said they offer a chance at justice.

"Justice historically has never come to fruition through some of the acts we're seeing tonight, whether it's the looting, the damage to property or other things," he said.

Police have not released body-camera footage

Minneapolis police have not yet released body-camera footage from the officers involved in Floyd's death. But surveillance footage from a nearby store captures Floyd's initial encounter with police.

The footage shows that Floyd was removed from a car, handcuffed and escorted by officers to a sidewalk and then out of the frame. He does not appear to be resisting arrest, which contradicts the claim of the police officers on duty.

According to one witness in the incident, Donald Williams, Floyd was "panting for his life, begging for his forgiveness."

Williams said he tried to approach an officer and ask what was happening because he noticed Floyd's nose was bleeding and his "eyes just turning a different color."