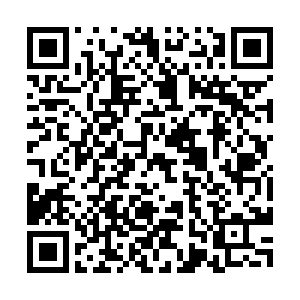 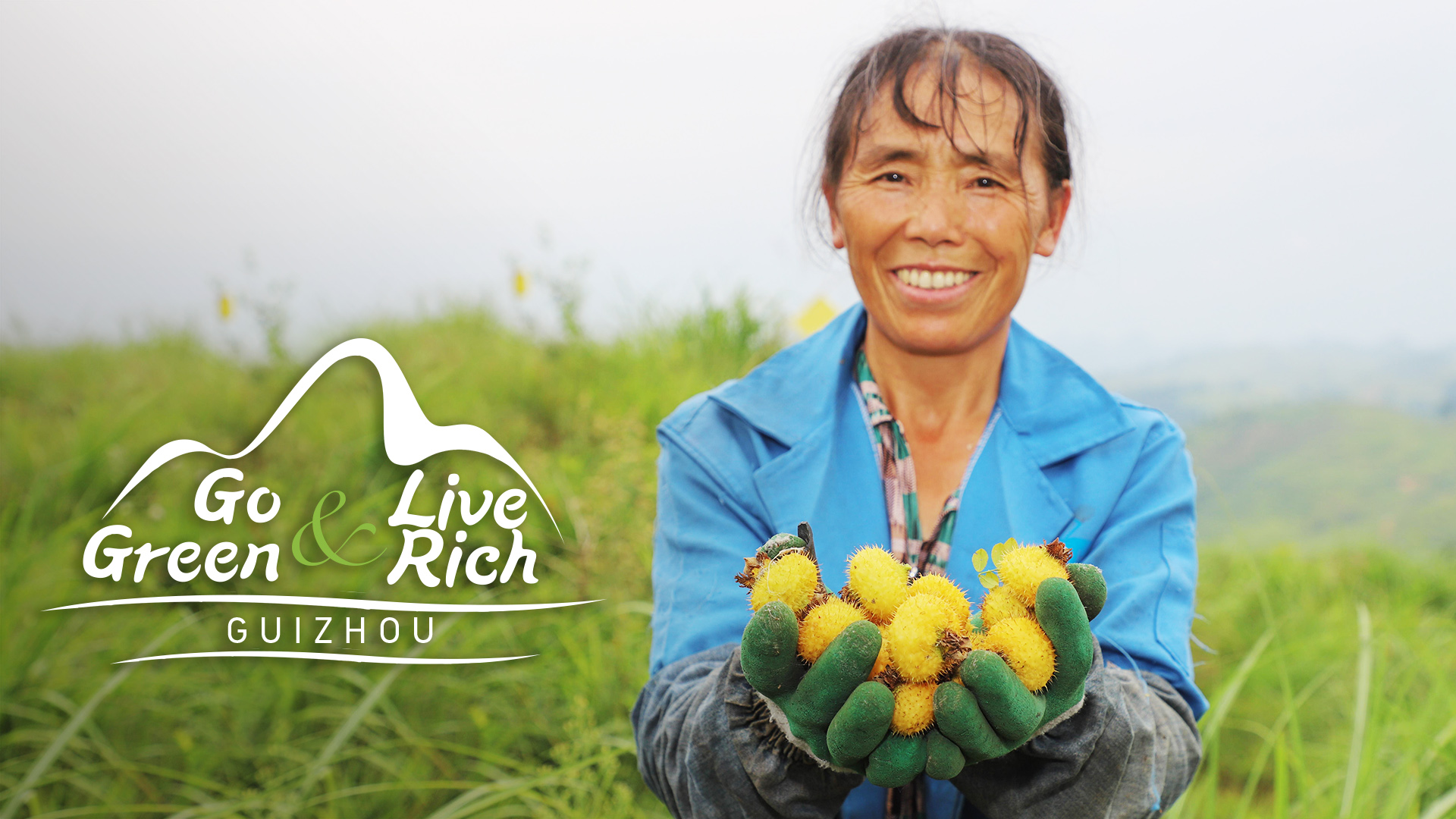 Summer has turned Guizhou, a mountainous province in southwest China, into endless green, and some pink and purple clusters are scattered around the hills.

It is the flowering season of Rosa roxburghii.

The Rosa roxburghii, or sweet chestnut rose, is endemic to Guizhou. The wild species is a common sight on open slopes, in valleys and on roadsides or curbs in the region. The attractive flowers blossom from May to July and then bear fruit during April and October. The fruits are very spiny, and it is very hard to pick them with one's bare hands.

Locals traditionally use its wild fruits to make wine in autumn, but due to their thorny appearance, not everyone bothers to collect them. Hence, large numbers of the small and golden fruits would rot every autumn. 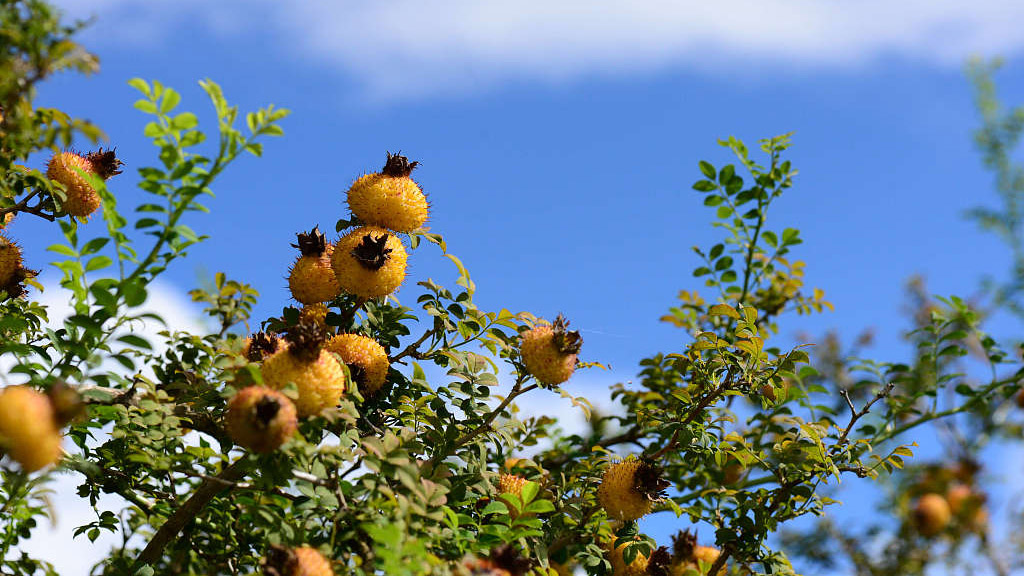 The "golden fruits" under the sky. /VCG

The "golden fruits" under the sky. /VCG

But now, the wild fruits have turned into "gold," lifting countless villagers out of poverty through the sale of products such as Rosa roxburghii wine and fresh and dried fruit.

With the help of modern technology and research, people have found that the fruits have unexpected health benefits. Compared with fruits such as apple or kiwi, Rosa roxburghii fruits contain notable amounts of ascorbic acid, polyphenols, vitamin E and C, trace elements, superoxide dismutase (SOD) and so on. 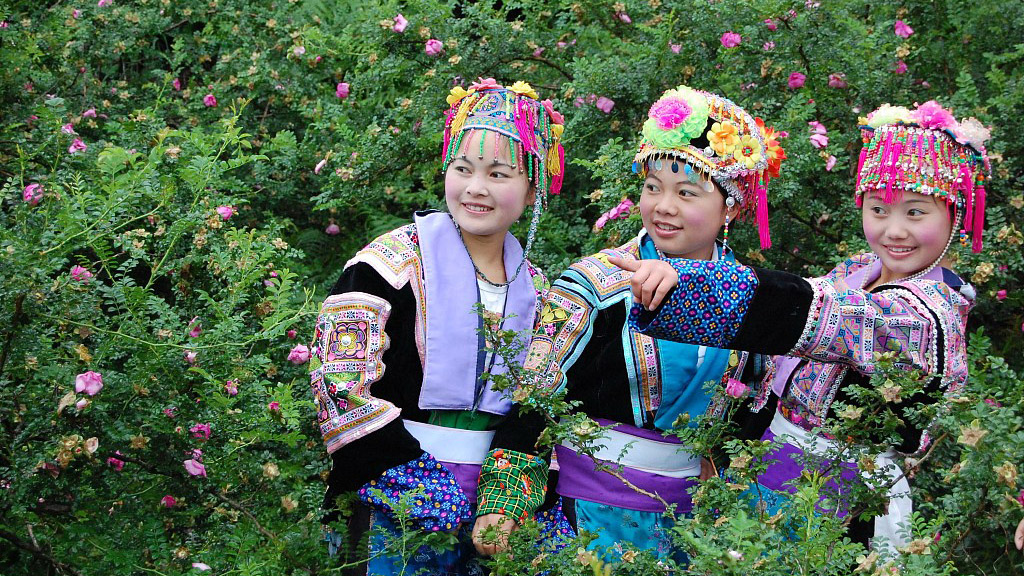 Locals have a photo taken in the rose shrubs. /VCG

Locals have a photo taken in the rose shrubs. /VCG

The karst landscape of Guizhou used to limit the development of the local economy, but now the prickly shrub roses that prefer such an environment have brought people more wealth than expected. In the past year, the industry has benefited 217,000 people in Guizhou, and the income from the processed products reached over 7500 million yuan.

Xu Qingchu from Panguan County has eight hectors of Rosa roxburghii. Each year, she can earn up to 100,000 from the plants. Sinking into the sea of flowers, she is confident that she can harvest at least double last year's crop.