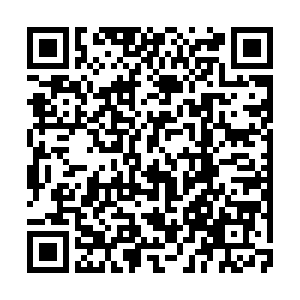 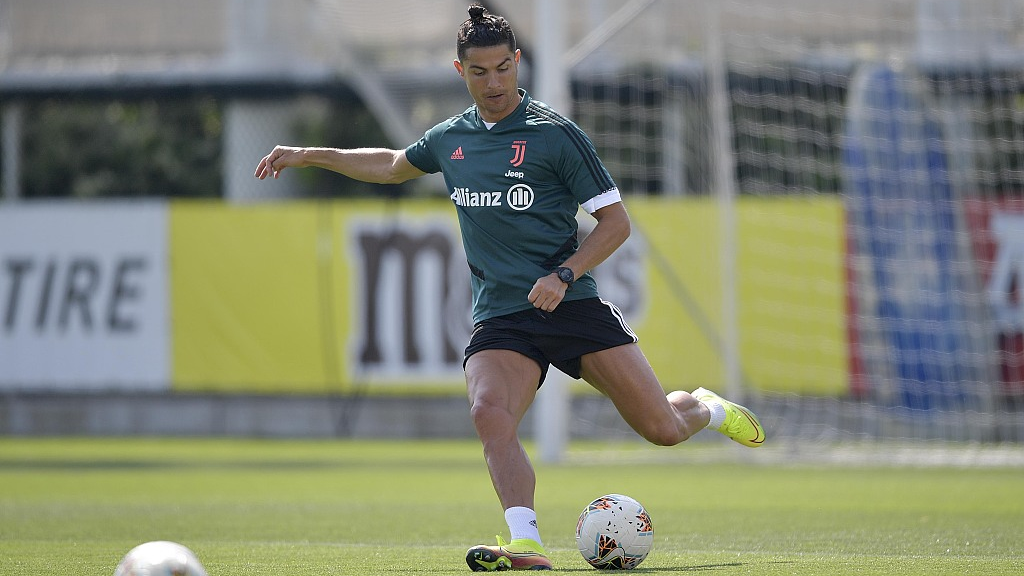 Italy's Serie A was given the green light on Thursday to resume on June 20 after a three-month absence as one of the countries hardest hit by the COVID-19 pandemic begins to ease restrictions designed to contain the spread of the coronavirus.

"Italy has started to return to normal life again, it is only right that football should do the same," said Spadafora.

"The federation assured me that it had a Plan B and a Plan C."

"In light of these considerations, the championship can resume on June 20."

Italian football federation (FIGC) president Gabriele Gravina told the minister during the video conference there would be a play-off system if the championship were again interrupted, while the existing standings would be used if it were stopped. 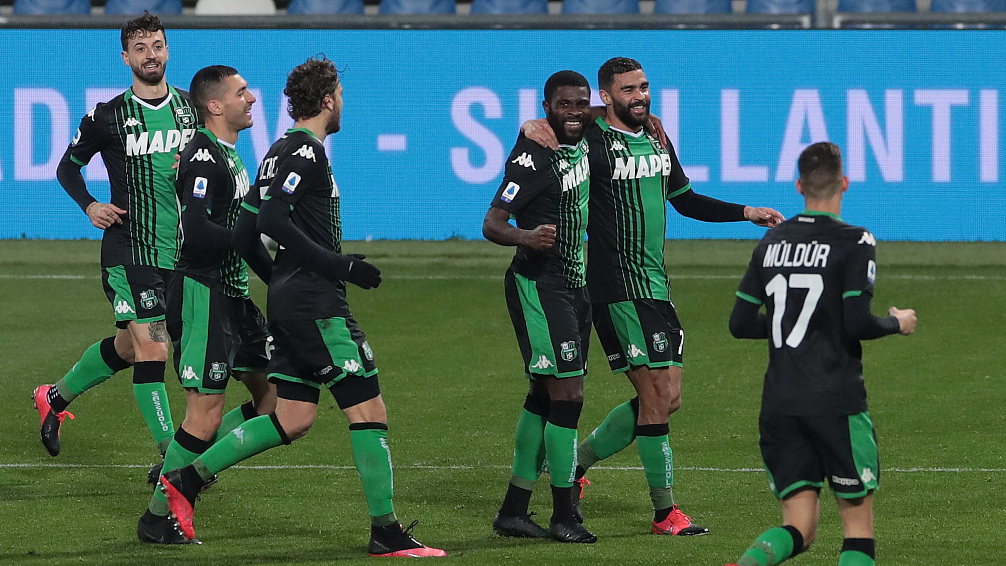 Jeremie Boga of Sassuolo celebrates his goal with his teammate Gregoire Defrel during the Serie A match between Sassuolo and Brescia at Mapei Stadium in Reggio nell'Emilia, Italy, March 9, 2020. /VCG

Jeremie Boga of Sassuolo celebrates his goal with his teammate Gregoire Defrel during the Serie A match between Sassuolo and Brescia at Mapei Stadium in Reggio nell'Emilia, Italy, March 9, 2020. /VCG

"We had a very useful meeting," said Spadafora. "From the start, I said that football could restart once all the security conditions had been met."

No top-flight matches in Italy have been played since Sassuolo beat Brescia 3-0 on March 9.

One of the hardest hit countries by the coronavirus pandemic with over 33,000 deaths, Italian football now faces a scheduling nightmare, for matches which will take place behind closed doors.

"The restart of football represents a message of hope for the whole country."

Lega Serie A will meet on Friday morning to examine the different calendar hypotheses for the remaining Serie A and Italian Cup matches, amounting to 127 in total.

Most teams have 12 league games left to play, but there were four postponed fixtures. 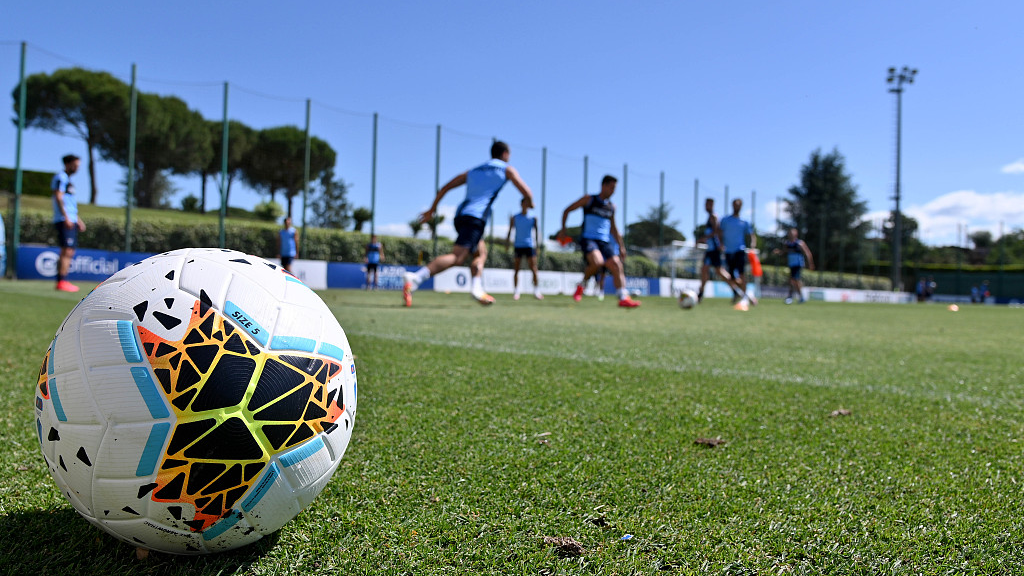 Detail of a ball as SS Lazio players train during the SS Lazio training session at the Formello center in Rome, Italy, May 27, 2020. /VCG

Detail of a ball as SS Lazio players train during the SS Lazio training session at the Formello center in Rome, Italy, May 27, 2020. /VCG

Spadafora suggested that the Italian Cup could be concluded the week before the return to Serie A action.

The semi-final return leg matches between Inter Milan and Napoli and AC Milan and Juventus, could be played on June 13-14 with the final on June 17.

"I also hope to be able to send a positive signal to the whole country by taking advantage of the week from June 13 to 20 to conclude the Italian Cup," he added.

The announcement of the resumption of the Italian league comes just after the English Premier League confirmed it will restart on June 17.

The German championship has already resumed and Spain's La Liga will return to the pitch the week of June 8.

Among the five major European championships, only the French Ligue 1 has been definitively stopped.

"Finally today we have a date and the certainty that the championship will resume, it is a further signal that Italy is starting again," said Juventus captain Giorgio Chiellini.

"We can't wait to get on the pitch and do what we love most, certain that we can give so many emotions to the millions of fans who were waiting." 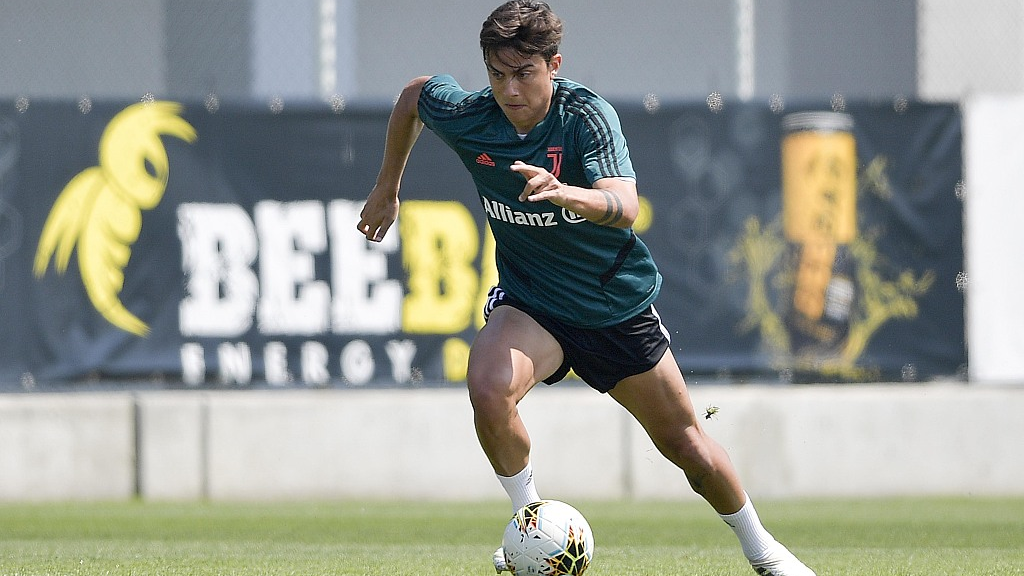 Juventus player Paulo Dybala during a training session at the Juventus Training Center on in Turin, Italy, May 28, 2020. /VCG

Juventus player Paulo Dybala during a training session at the Juventus Training Center on in Turin, Italy, May 28, 2020. /VCG

But many issues remain to be resolved including match schedules, players' contracts which end on June 30, and unpaid TV rights by broadcasters.

"Having a certain date is certainly a step forward, but problems remain and we hope to resolve them," said Damiano Tommasi, president of the player's union.

"Footballers are not robots, there are concerns," the former Italy and Roman player said this week.

"A critical issue is (playing a) match at 4:30 p.m. which in June and July in Italy is unthinkable."

The thorniest issue remains the two-week quarantine period in the case of a positive test, which Spadafora insisted would remain.

"The CTS agreed with the medical protocol, but confirmed the absolute necessity for a quarantine period if a player were to test positive," said Spadafora, who did not exclude future changes to the rule.

"I'm ready to bet on the resumption of the championship, but with this rule of quarantine of 14 days, the possibilities of concluding it are not high," said Enrico Castellacci, president of the Italian Football Doctors Association.

"It's a crime. I'm not going to quarantine 50 healthy people. We don't do this if there is a positive case in a factory," argued Lazio doctor Ivo Pulcini, with the Roman club committed to a resumption of the season, as they sit just one point behind leaders Juventus.

(Cover image: Juventus player Cristiano Ronaldo during a training session at the Juventus Training Center in Turin, Italy, May 28, 2020. /VCG)