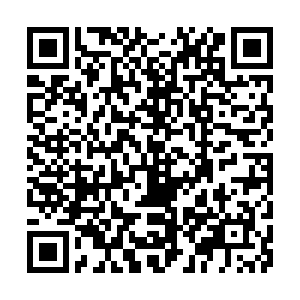 China's embassy in the U.S. on Friday stressed that Hong Kong affairs are China's internal affairs which allow no external interference, and warned of necessary countermeasures for foreign meddling.

"The Central Government is responsible for upholding national security in China, as is the case in any other country. For some time, internal and external hostile forces are trying to use Hong Kong to split the country, subvert the government, carry out terrorist acts and interfere in the affairs of Hong Kong SAR," said the statement.

"Hong Kong has become a notable source of risk to China's national security. The Central Government, which shoulders the primary and ultimate responsibility for upholding national security, cannot just sit by and do nothing," it added.

"The National People's Congress' decision about the Hong Kong SAR national security legislation targets a very narrow category of acts that seriously jeopardize China's national security. It has no impact on Hong Kong's high degree of autonomy, the rights and freedoms of Hong Kong residents or the legitimate rights and interests of foreign investors in Hong Kong. It will provide a fundamental guarantee for the effective implementation of 'One Country Two Systems'", it continued.

"As for foreign meddling in Hong Kong affairs, we will take necessary countermeasures in response."

Meanwhile, the Chinese embassy in Australia condemned the joint statement on Hong Kong by Australia and a few others in a statement published Friday, saying it flatly rejected the unwarranted allegations therein.

"Hong Kong SAR affairs are purely China's internal affairs and brook no foreign interference. Whereas Australia itself has enacted a number of laws on national security, it has no qualification at all to question China's national security legislation for Hong Kong," said the statement.

It said the legislation is designed to ensure steady implementation of "One Country, Two Systems" in the HKSAR, with a view to maintaining its long-term stability and prosperity, and the decision to enact such legislation has won strong support from the entire Chinese people including Hong Kong compatriots.

Any attempt to interfere China's internal affairs is doomed to fail, it stressed.